Toyota wants to make bad cab experiences a thing of the past with new taxi inspired by the best qualities of Japanese hospitality. The JPN Taxi, launched today for the Tokyo Motor Show, is designed to be accessible, comfortable and safe for all kinds of passengers, from children to wheelchair users.

Toyota plans to use the new cab to greet and transport visitors to Japan from around the world when Tokyo hosts the Olympic and Paralympic Games in 2020. It sees the new model as a way of presenting Japan as a more accessible, tourist-oriented country, making its cities in particular places where everyone can enjoy barrier-free travel.

The new model is unmistakeably a taxi in appearance, with its tall, classic shape and deep indigo paintwork – the colour koiai that’s long been a symbol of Japan. But clever features make it a modern, user-friendly vehicle, including a low, flat floor, a power sliding rear door and space inside to accommodate a wheelchair. The driver’s field of vision has been maximised through the shape and position of the front pillars and fitting side mirrors towards the further edge of the front wings. Inside, the navigation system and fare meter have been placed so they can be clearly seen by passengers in the rear.

Clever details include LED lights and extenders for the rear seatbelts to make them easier for passengers to find at night; windows with soundproof glass; and a sophisticated climate control system with a built-in air purifier.

The JPN Taxi runs on a Toyota hybrid power system that combines an LPG (liquefied petroleum gas) engine and an electric motor, giving cleaner running in city centres with lower CO2 emissions and fuel economy of around 55mpg. It has impressive safety features, including a suite of Toyota Safety Sense active protection features and six cabin airbags.

Toyota has a fine heritage of taxi design and manufacturing, stretching back to its original model, the AA saloon, in 1936. Its cars have earned a reputation for reliable performance over extended mileages, often working in harsh conditions. 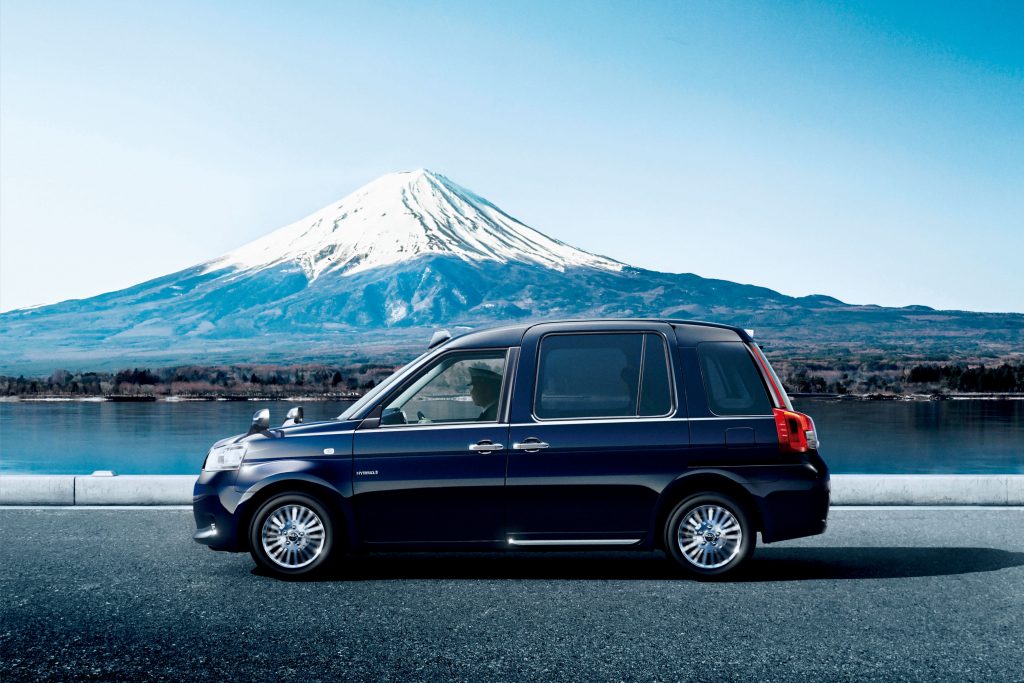 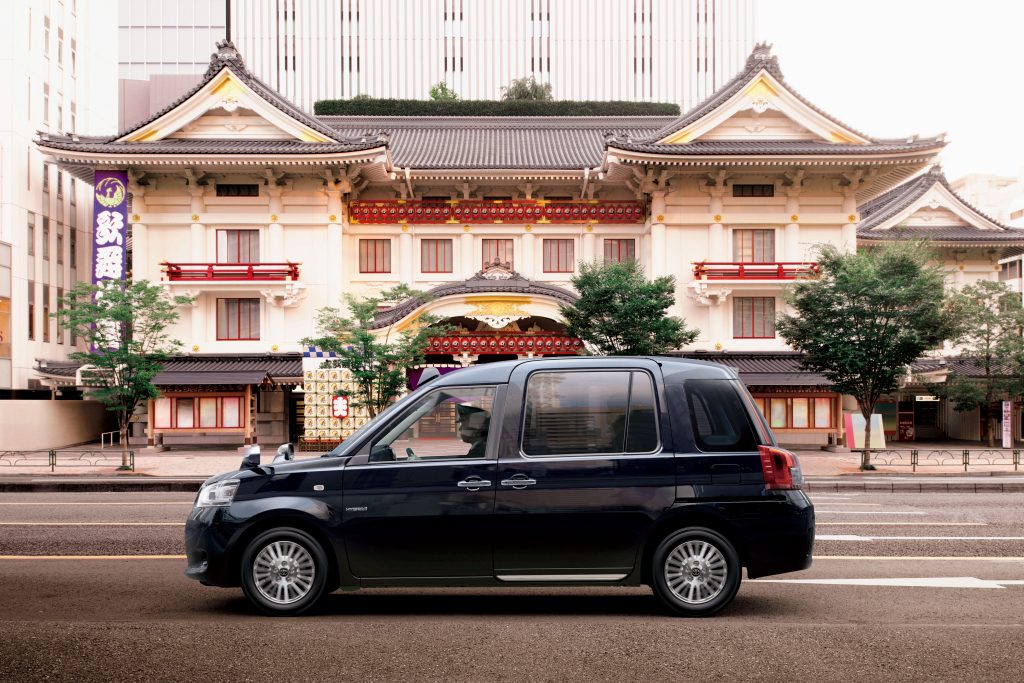 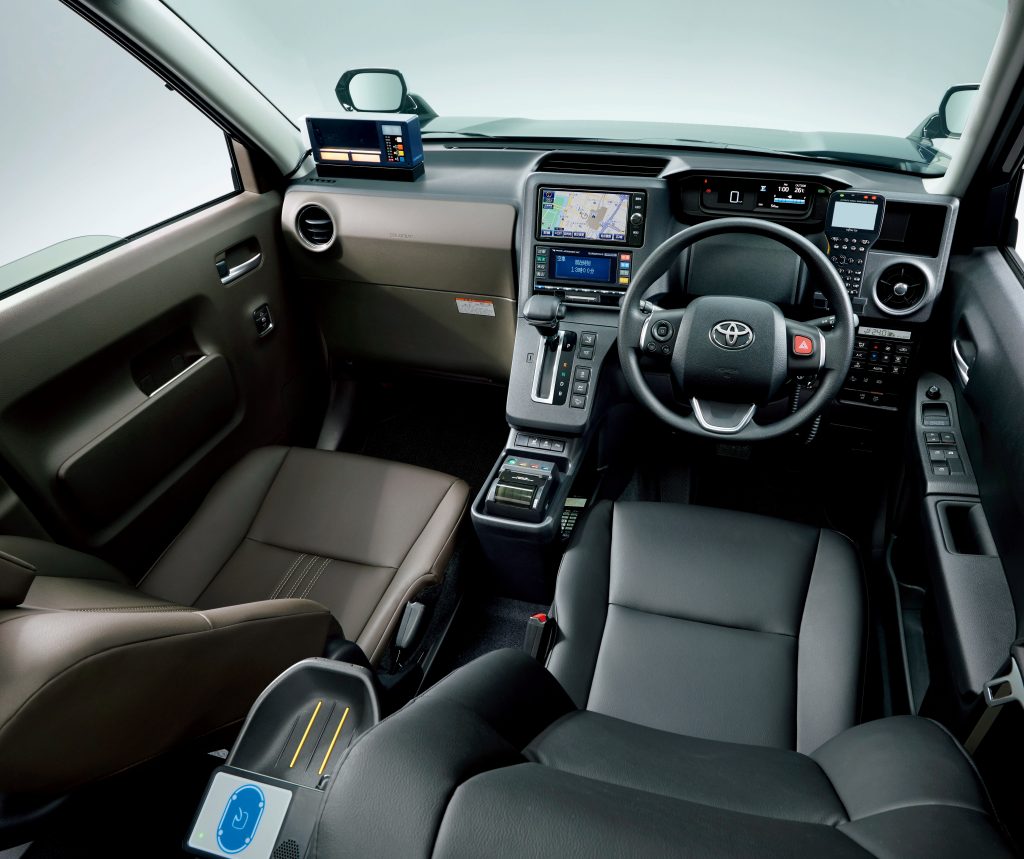 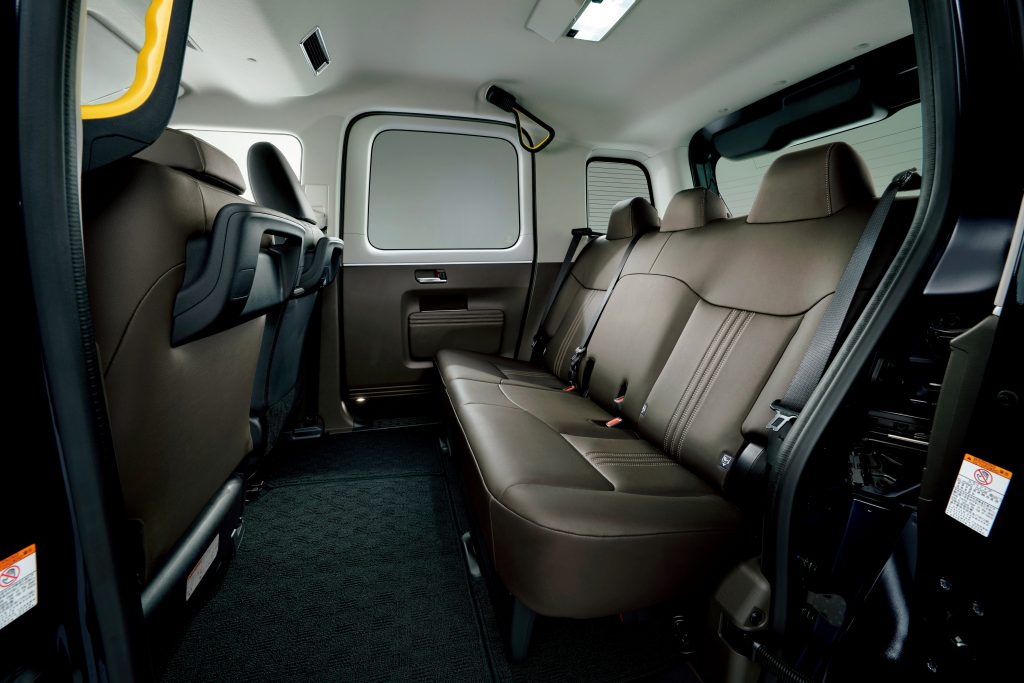 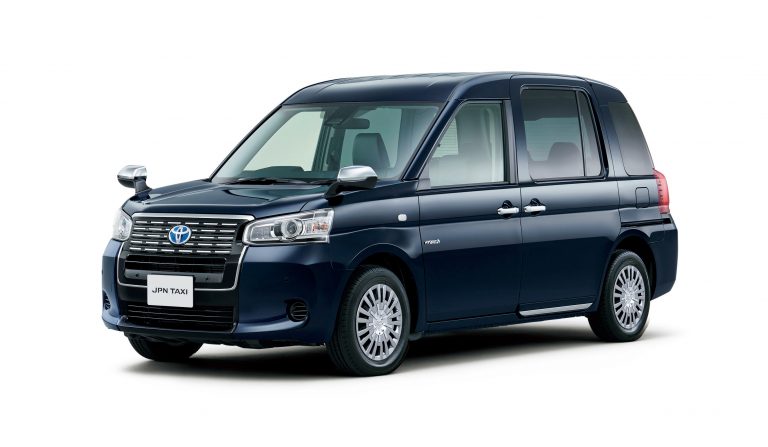 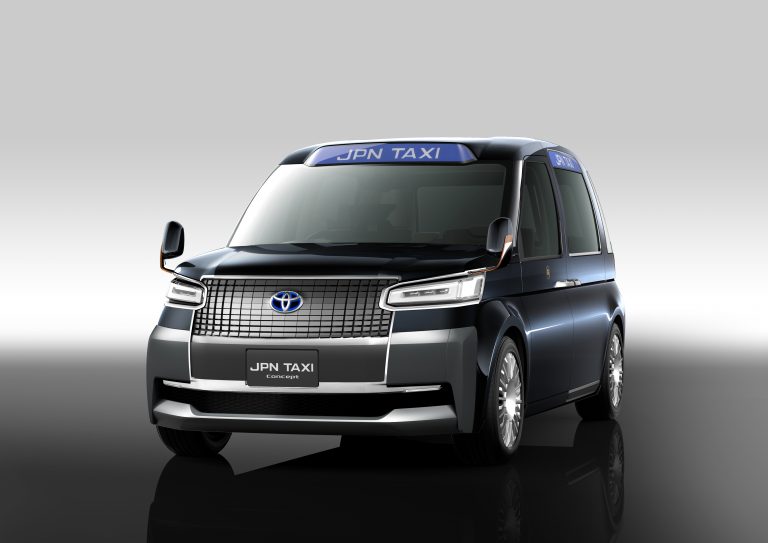 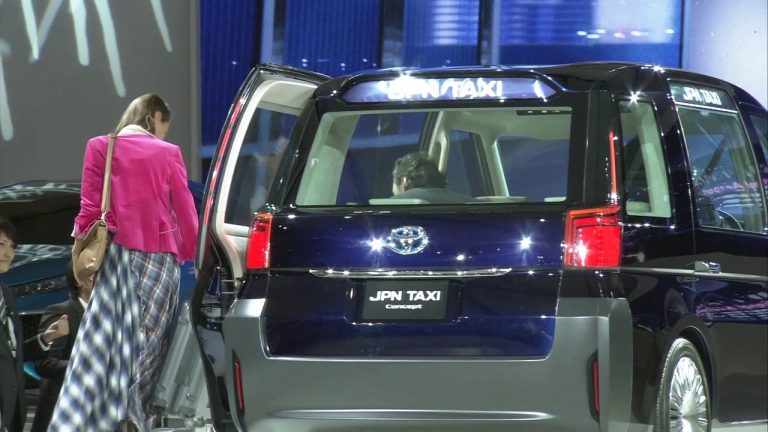 JPN Taxi walk around at the 2013 Tokyo Motor Show