Fuel cell vehicles may offer the prospect of eco-friendly transport, but even if they become commonplace in the future, they will not be the only energy users. Toyota aims to add a new sense of purpose to the automobile by turning fuel cell vehicles from “energy users” into “energy makers”.

The Toyota FCV Plus, making its European debut at the Paris motor show, is a fuel cell vehicle that has made this transition and is capable of contributing to society by serving as part of the electric power-generating infrastructure.

A car with three different roles

Using the FCV Plus to convert clean hydrogen into electricity can help protect the environment and serve as an important means of addressing energy security issues:

Miniaturising the Toyota FCV Plus’s fuel cell stack and other components in its fuel cell system has helped make it a light and compact vehicle that’s ideal for city use.

Fuel efficiency is enhanced by advanced aerodynamics that extend to the underside of the vehicle as well.  Built-in wireless battery charging panels on the rear wheels and under the front floor allow for intelligent external charging of other vehicles or infrastructure. Words and symbols can be displayed on the windscreen and rear window to help others recognise the vehicle’s operating status.

The drive components have been downsized and positioned out towards the vehicle’s four corners to achieve a layout that maximises interior space. The compact fuel cell stack is located between the front wheels and the hydrogen fuel tank is behind the rear seats. Together with the adoption of in-wheel motors in all four wheels, this allows for the Toyota FCV Plus to have the overall length of a compact car but with a cabin that is as long as that of a large saloon.

The concentration of functional parts at the front and rear means that this next generation fuel cell package creates an optimal weight balance and excellent all-round visibility.

The interior trim and seats use the same advanced 3D procession and other techniques that give the car its exceedingly light and highly rigid skeletal structure. 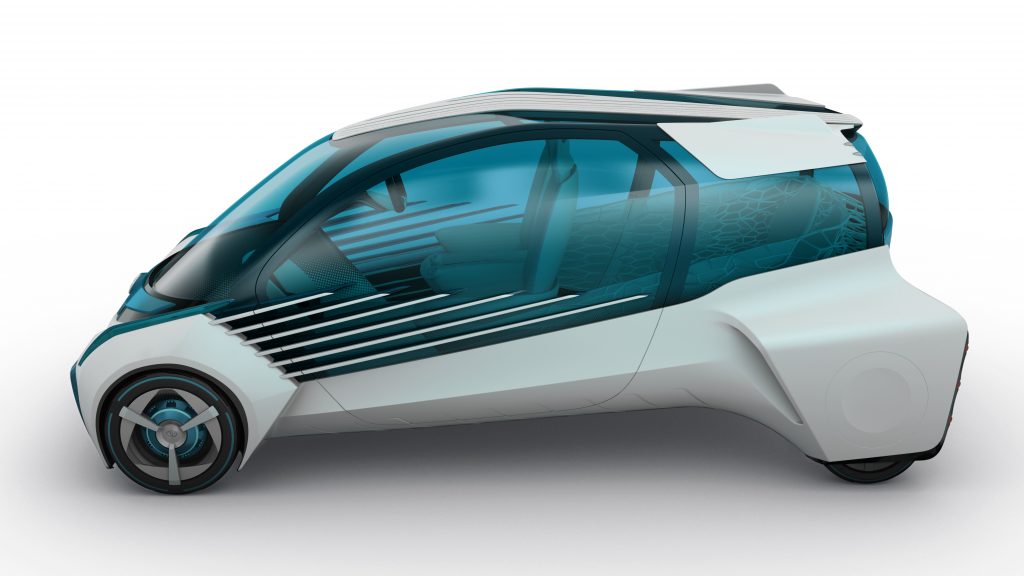 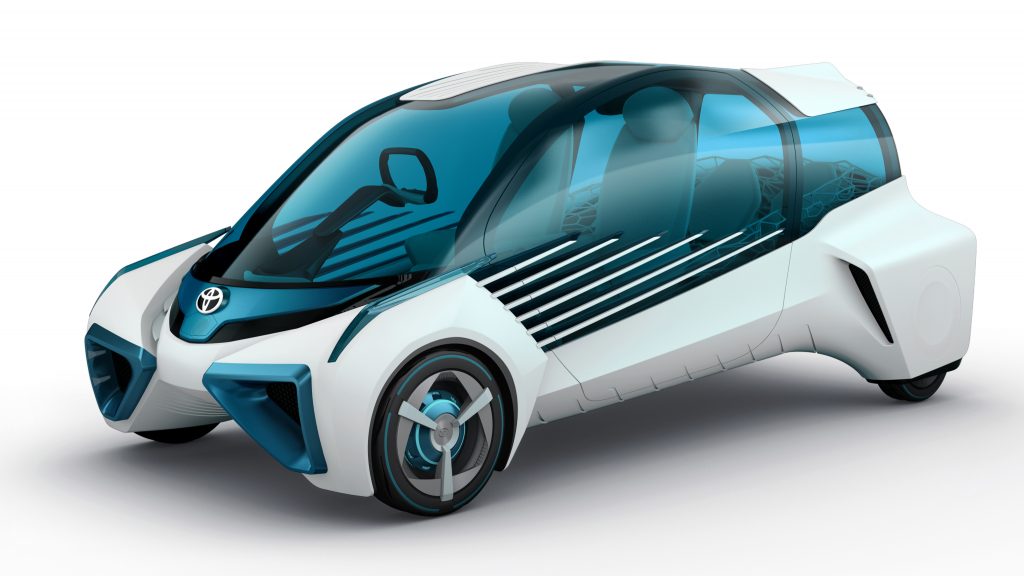 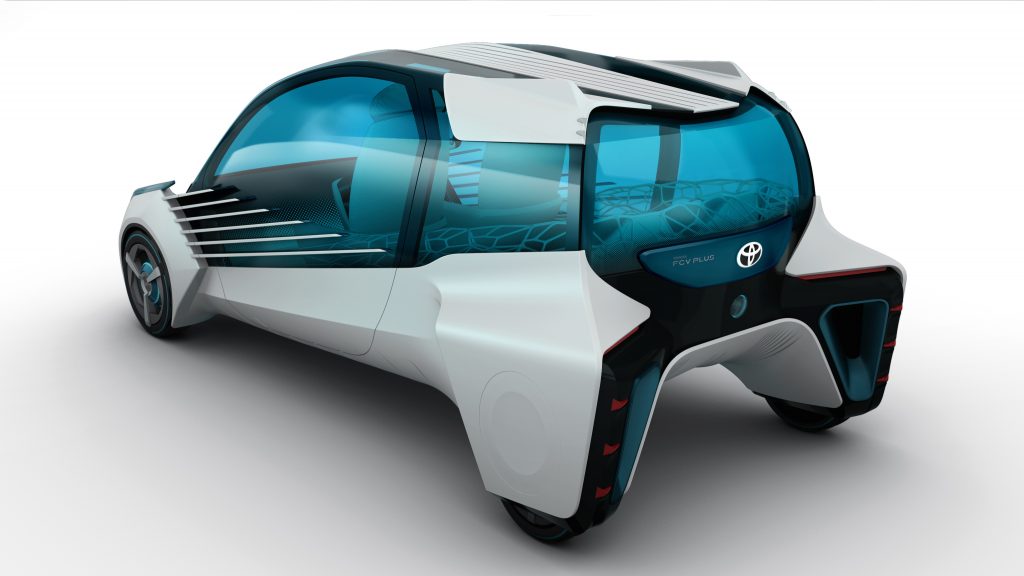 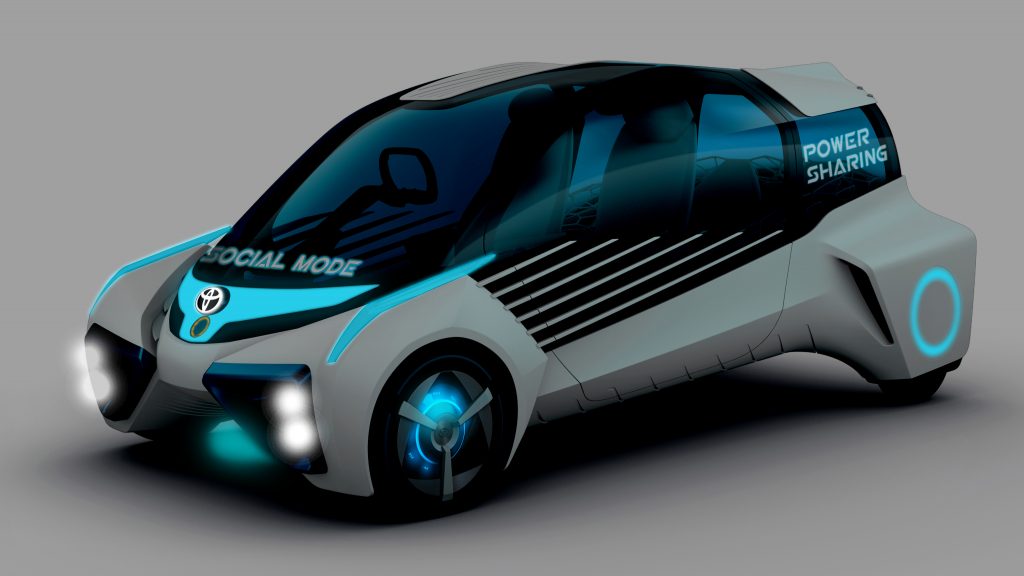 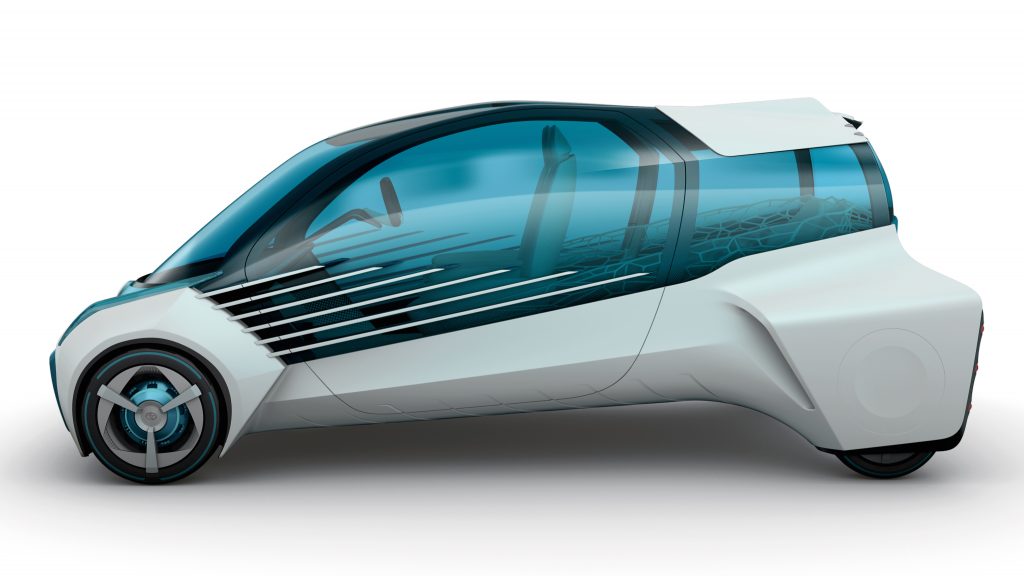 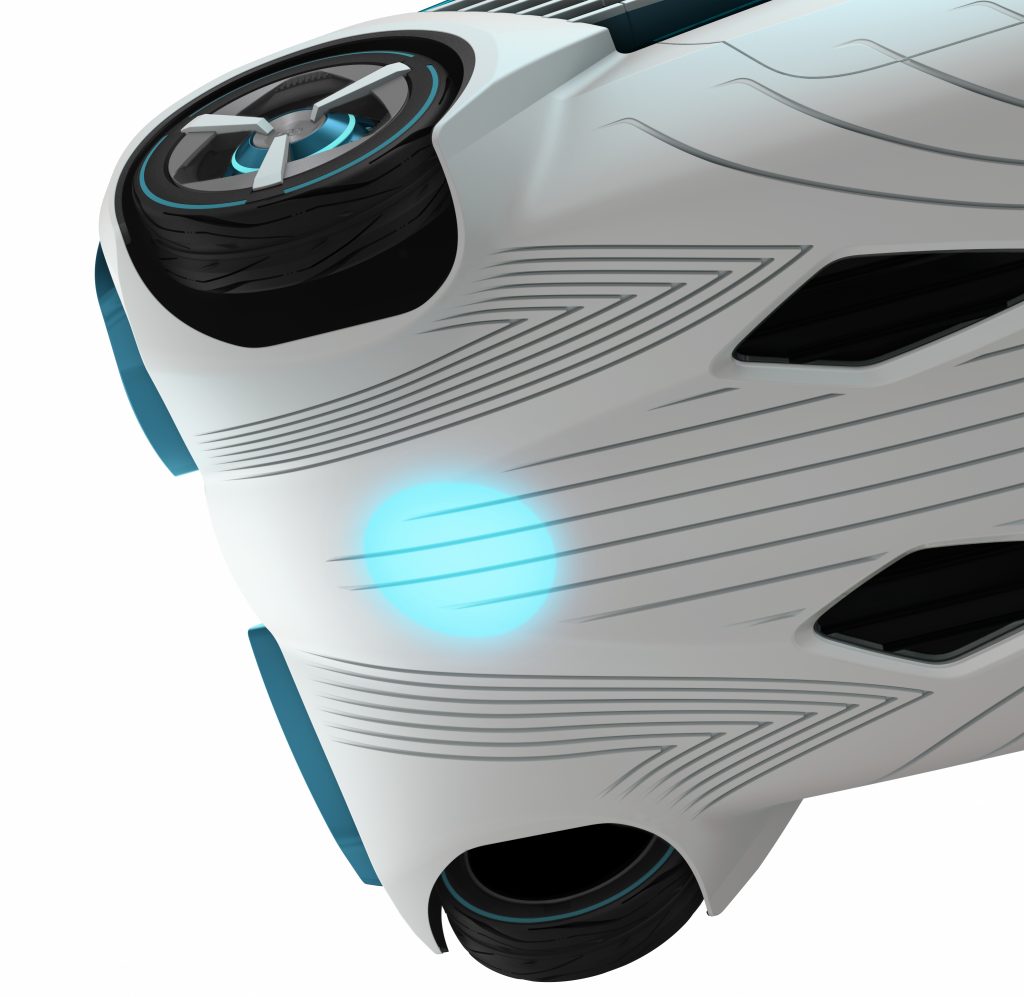 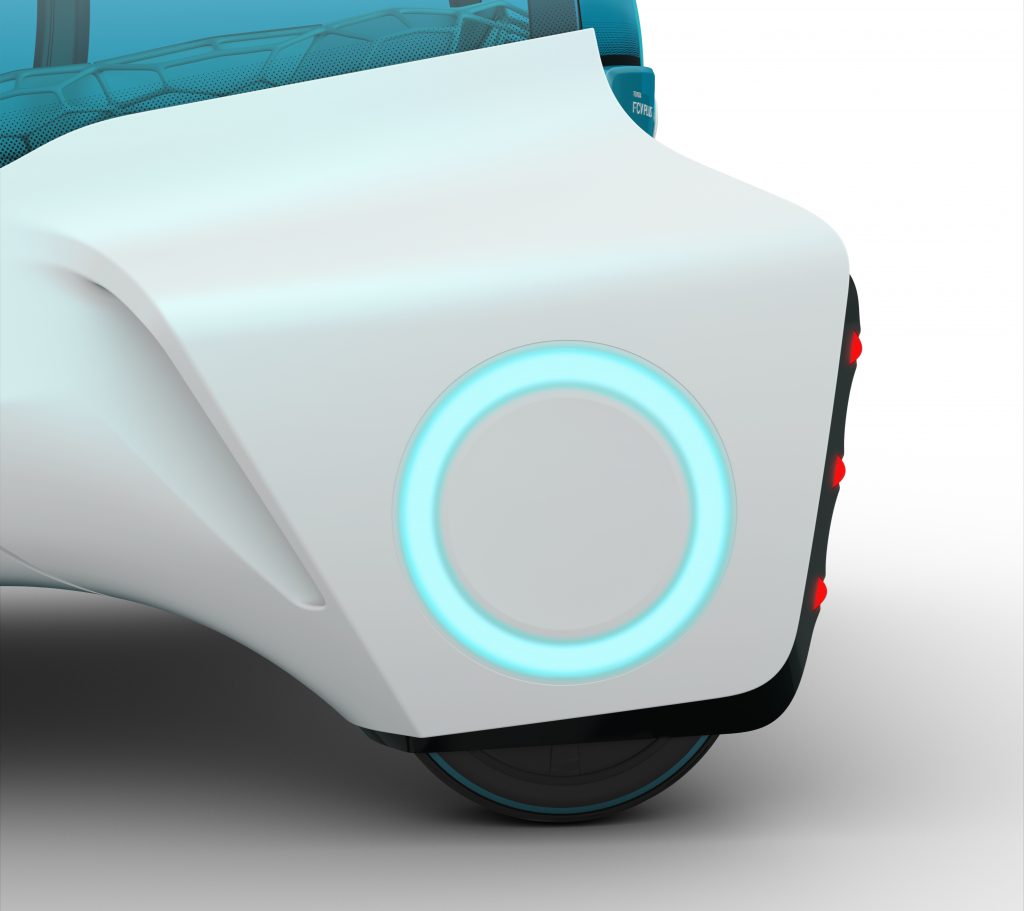 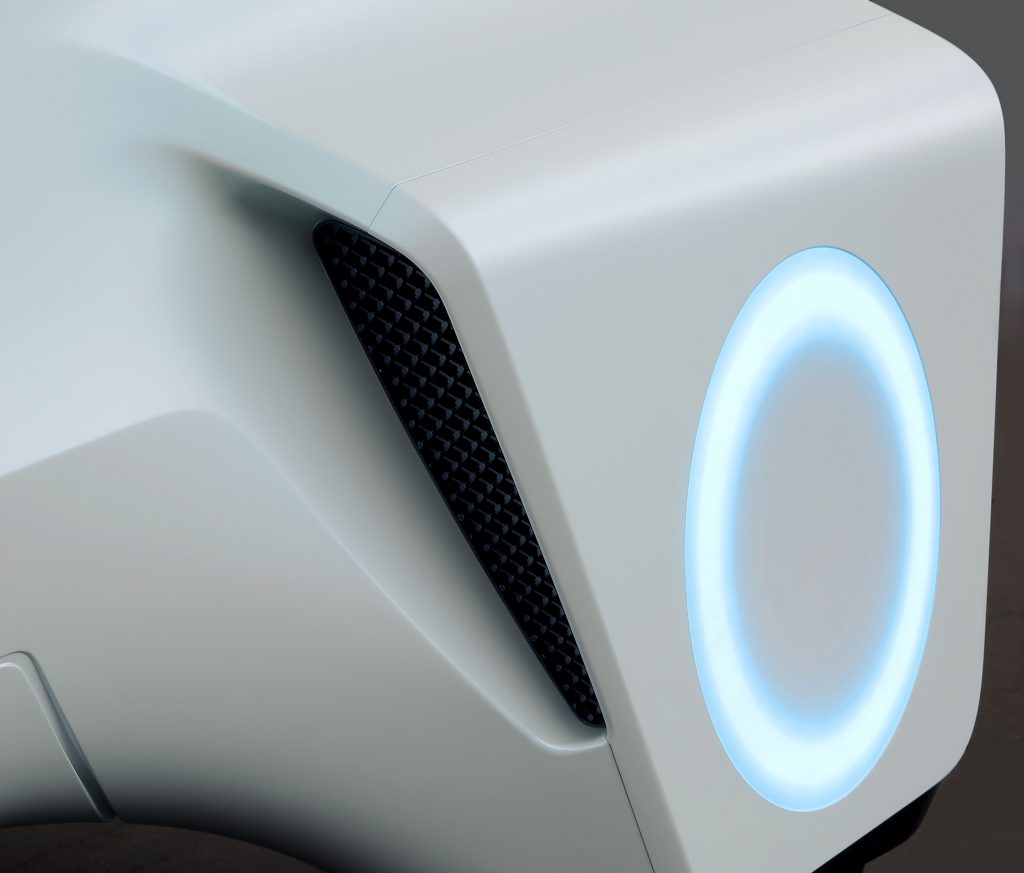 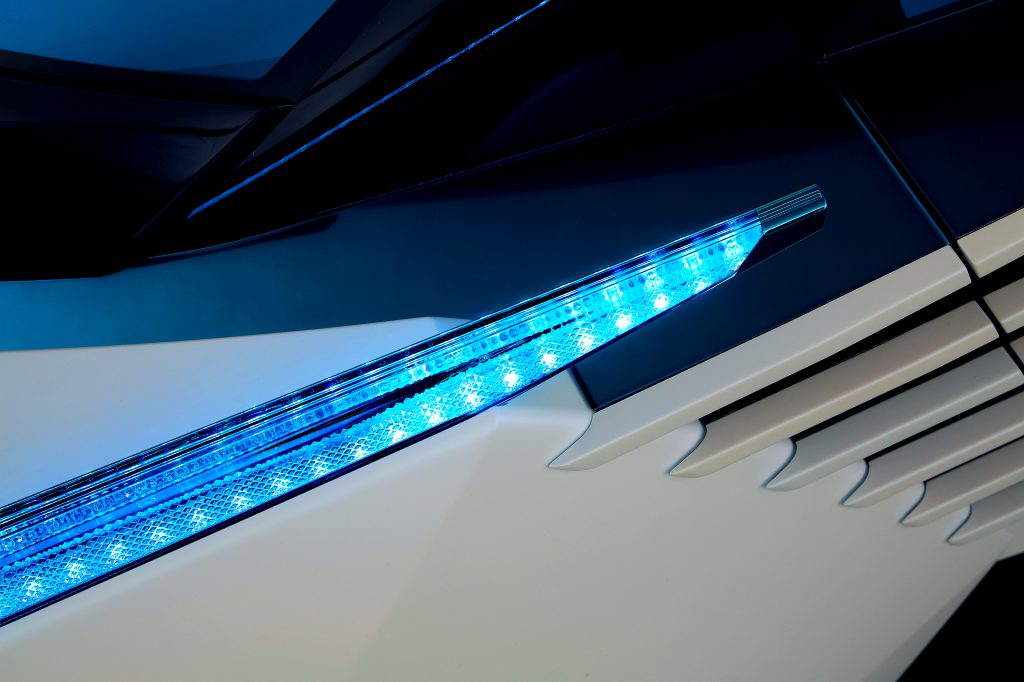 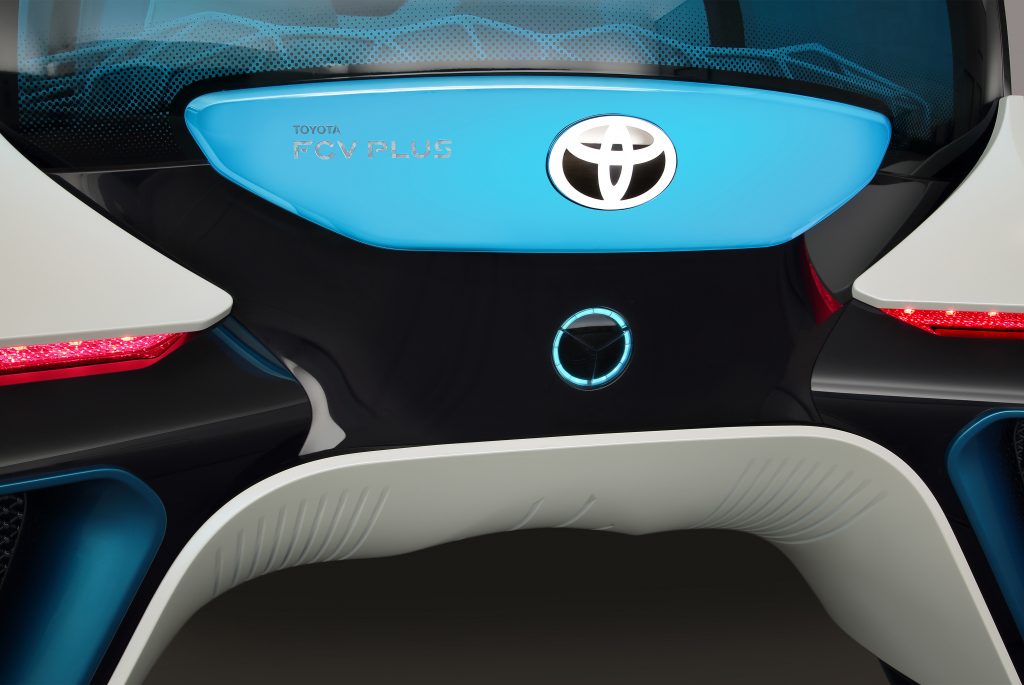 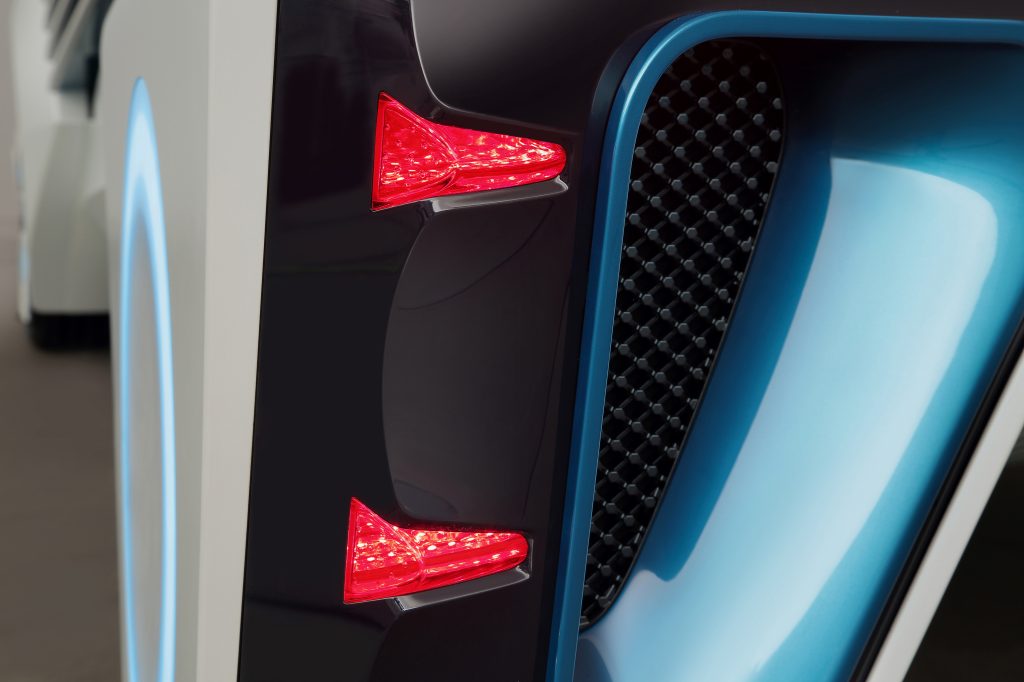 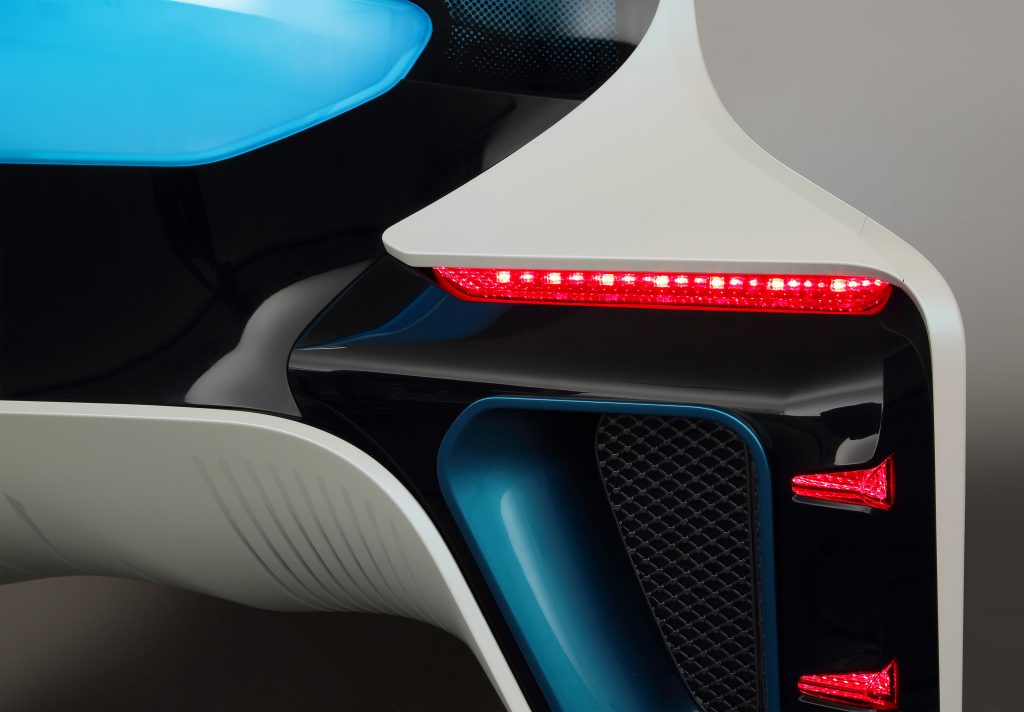 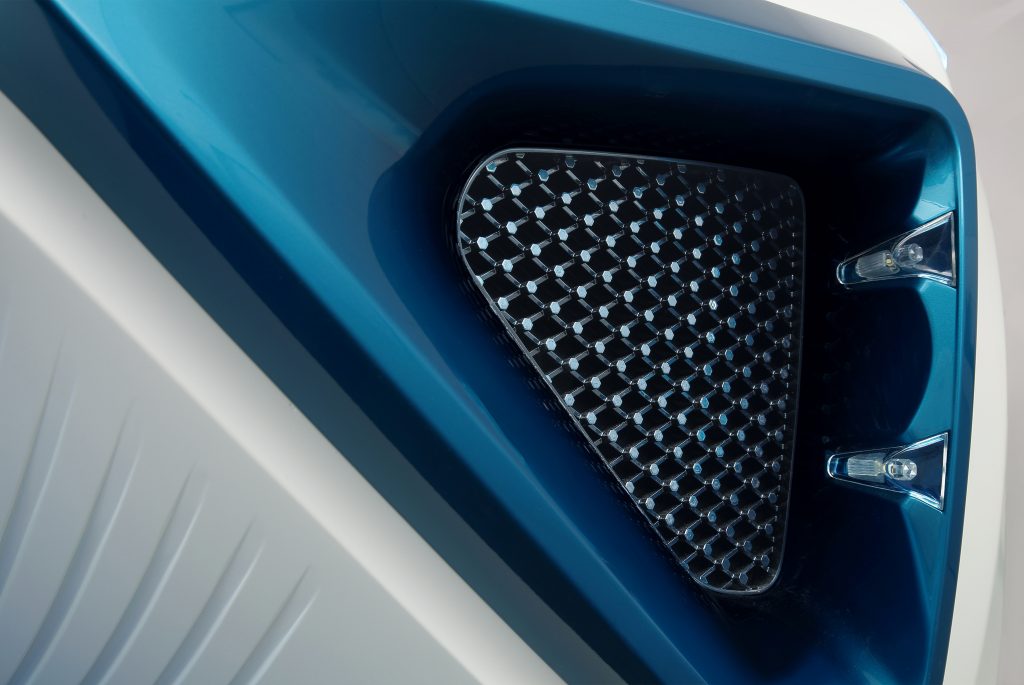 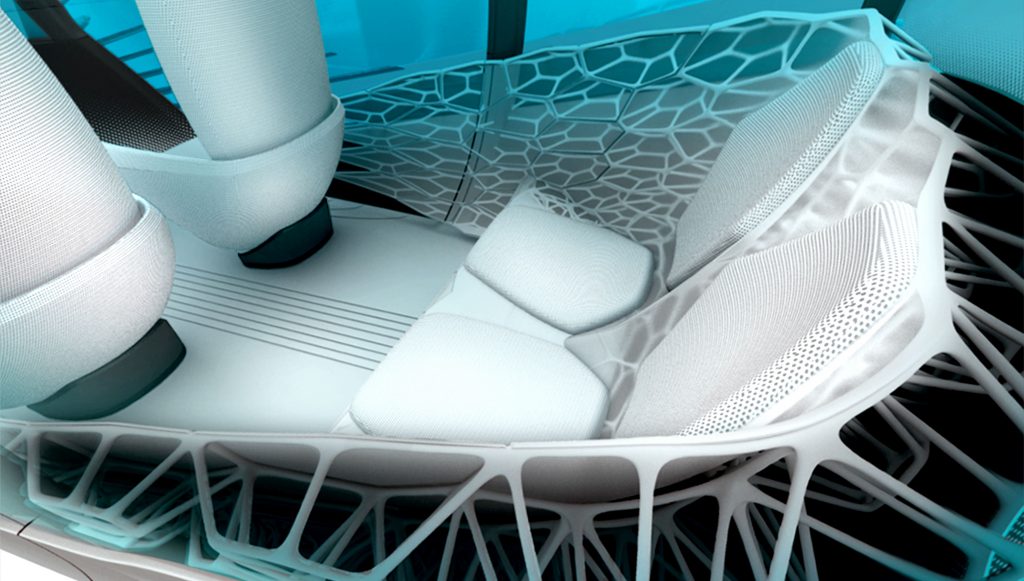 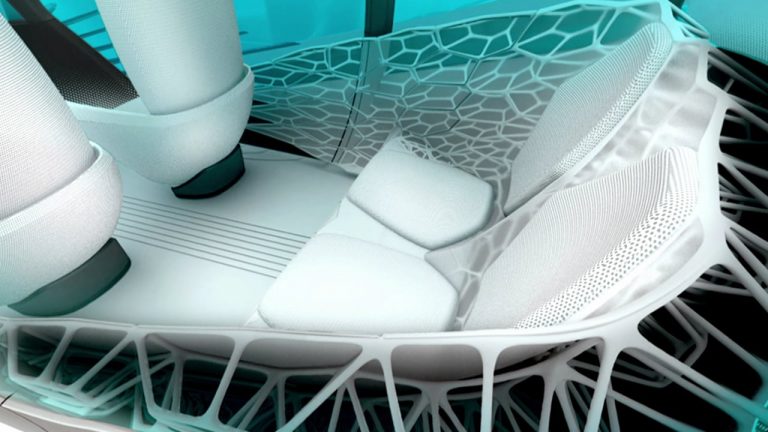