Home » A hydrogen popemobile for His Holiness Pope Francis

Vatican City State – October 7, 2020. His Holiness Pope Francis received as a gift from the Catholic Bishops’ Conference of Japan (CBCJ), a hydrogen powered Toyota Mirai adapted for his mobility needs.

Present at the delivery ceremony near the Pope’s residence in the Vatican City, were Rev. Father Domenico Makoto Wada, representing the Catholic Bishops’ Conference of Japan and His Excellency Seiji Okada, Ambassador of Japan to the Holy See. Representing Toyota was a delegation of six people led by Miguel Fonseca, Senior Vice President of Toyota Motor Europe, and Mauro Caruccio, CEO of Toyota Motor Italia.

The car is one of two Toyota Mirai vehicles specially made by Toyota and donated to the CBCJ for the Holy Father’s mobility needs on the papal visit to Japan in November last year.

The popemobile has a length of 5.1 meters and a height (including the roof) of 2.7 meters allowing the Pope to stand and be visible to people. The “Mirai”, a word that in Japanese means ‘future’, is the first mass produced hydrogen powered sedan and was launched in 2014.  It is the ultimate zero-emission car powered by a hydrogen fuel cell system, enabling a range of around 500km while emitting only water.

Pope Francis has a deep interest in global environmental matters, which he shared in his encyclical “Laudato si’ “in 2015. This is his appeal to safeguard the earth and all that surrounds us, changing our lifestyle to preserve our “common home”. The Toyota Mirai is well suited to his vision.

A hydrogen popemobile for His Holiness Pope Francis 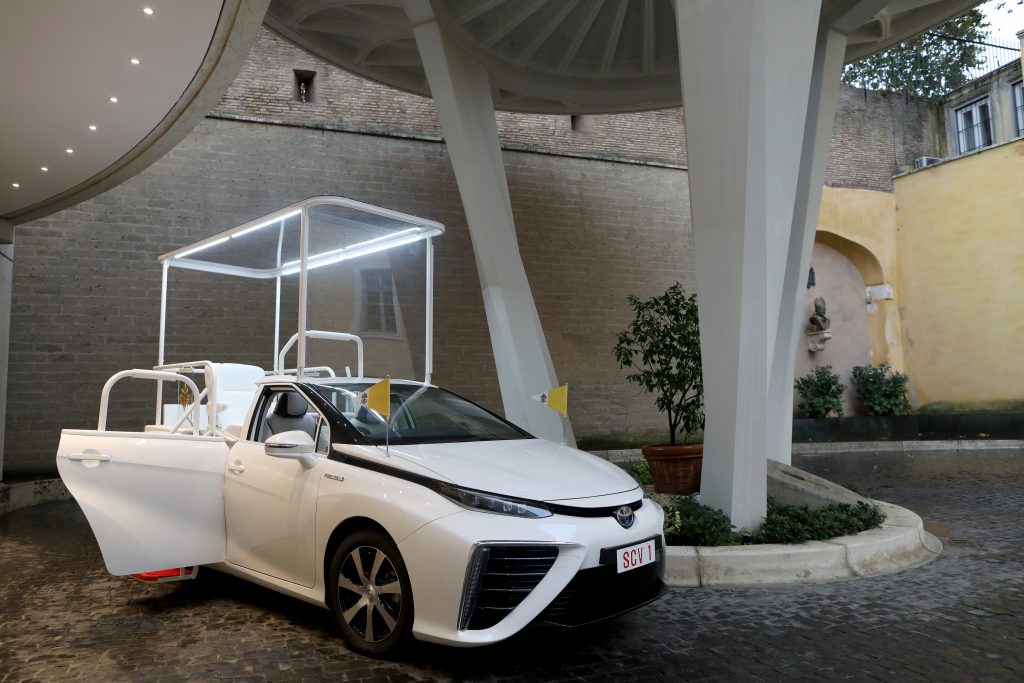 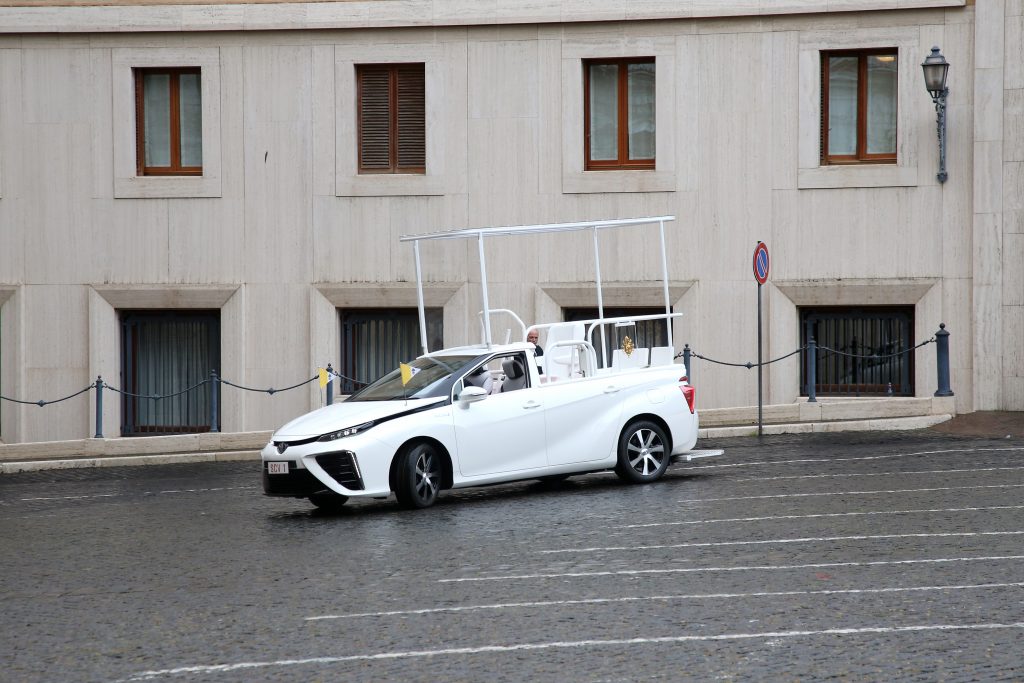 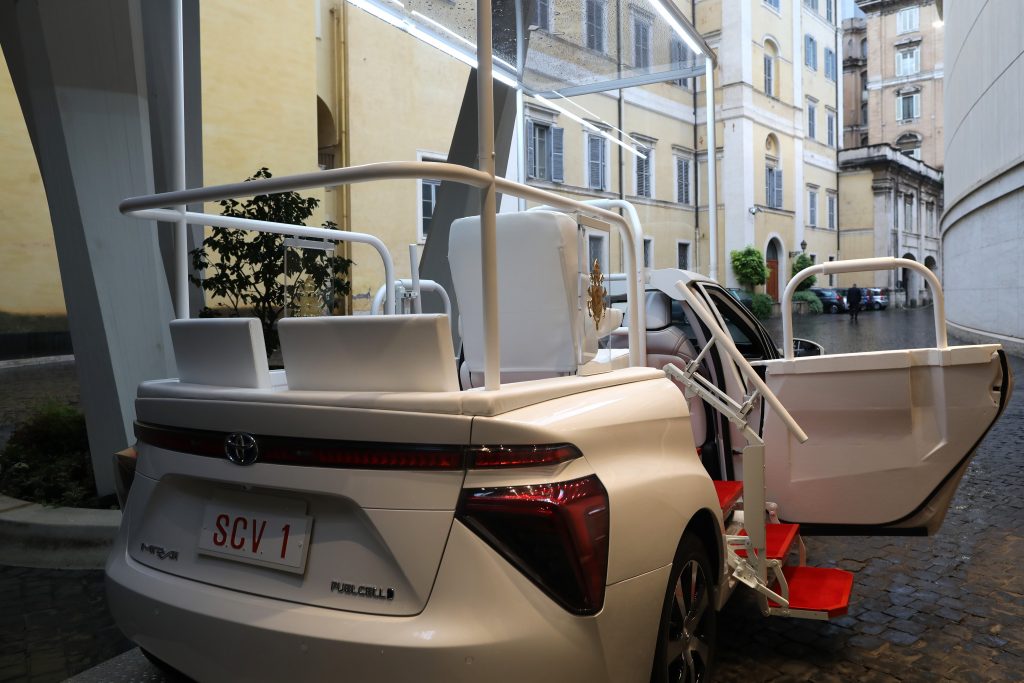 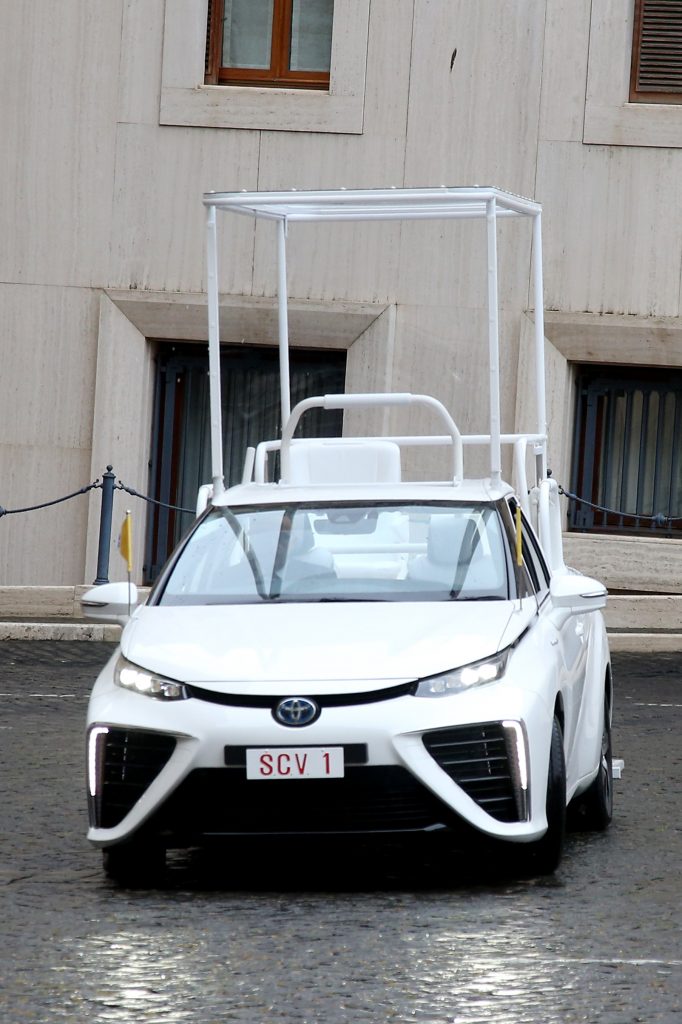 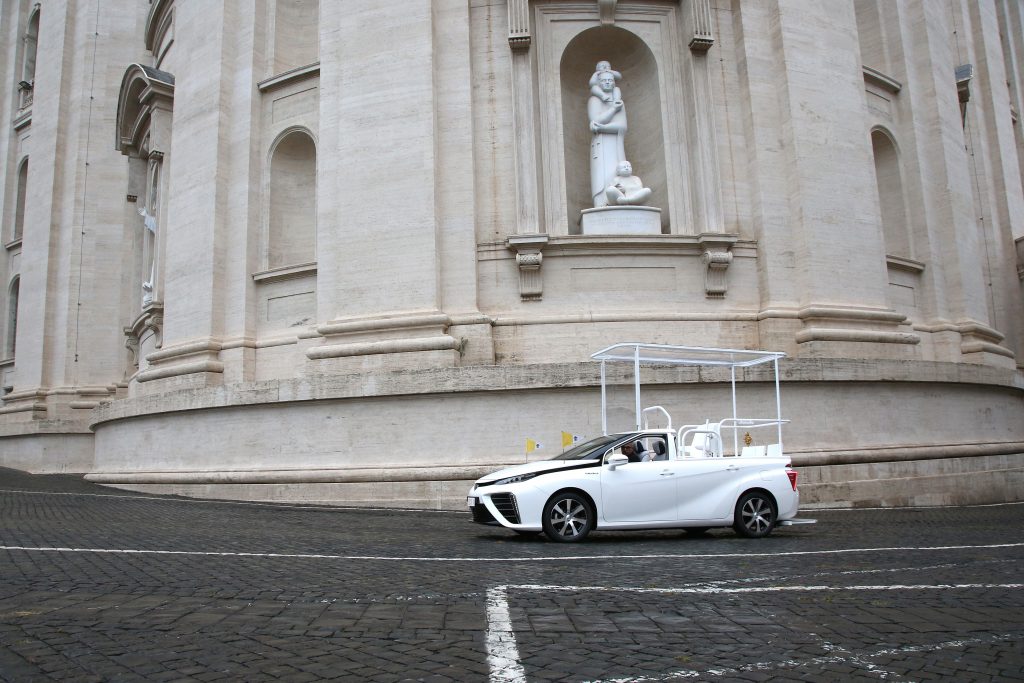 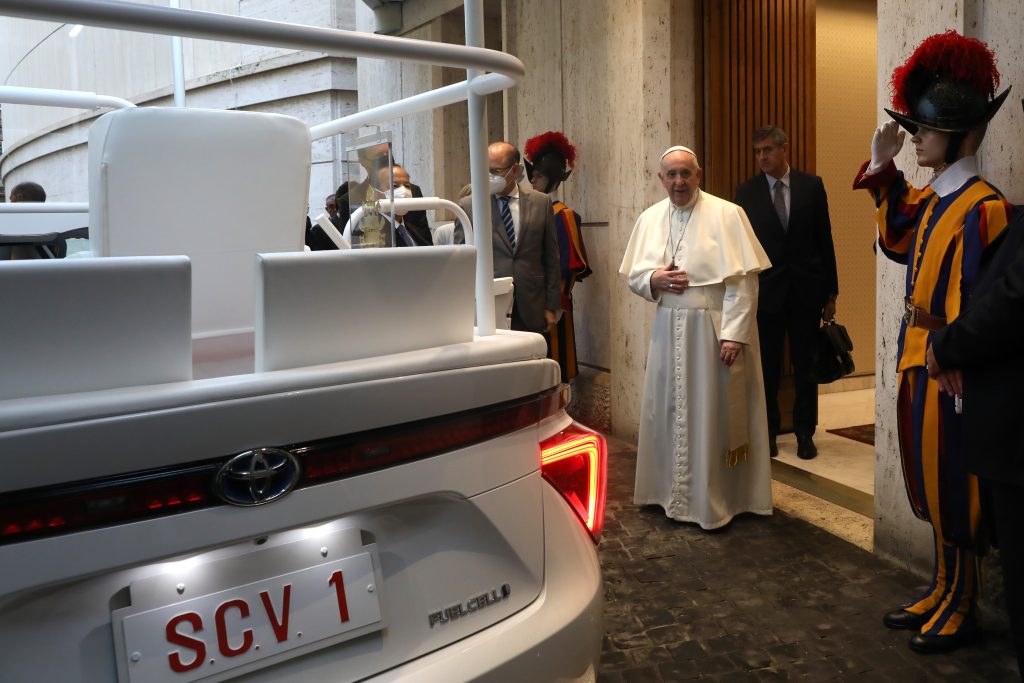 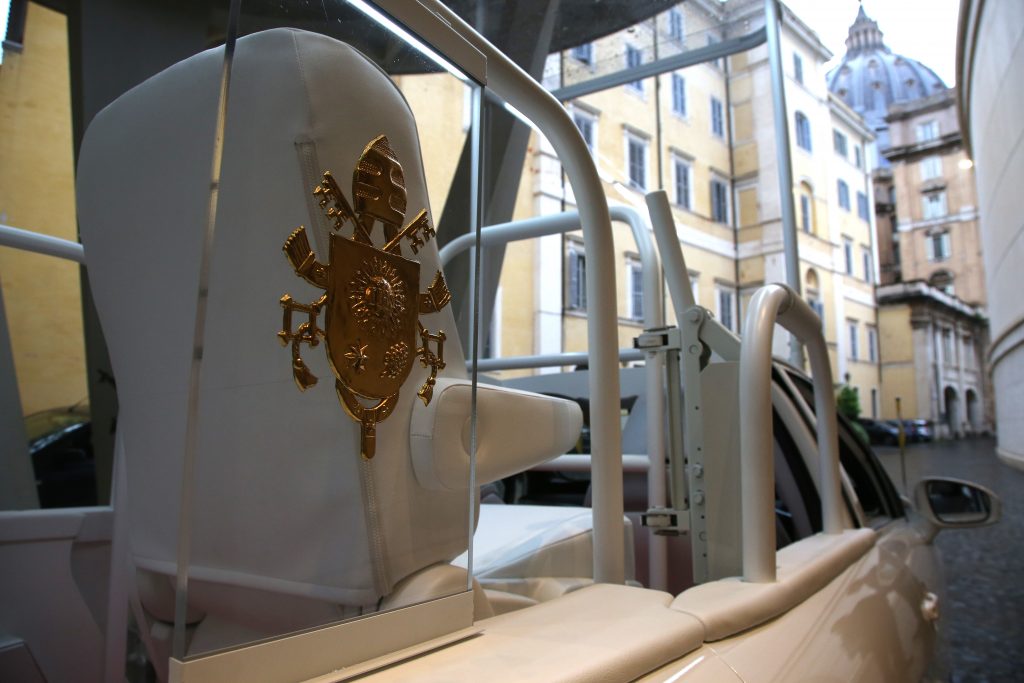 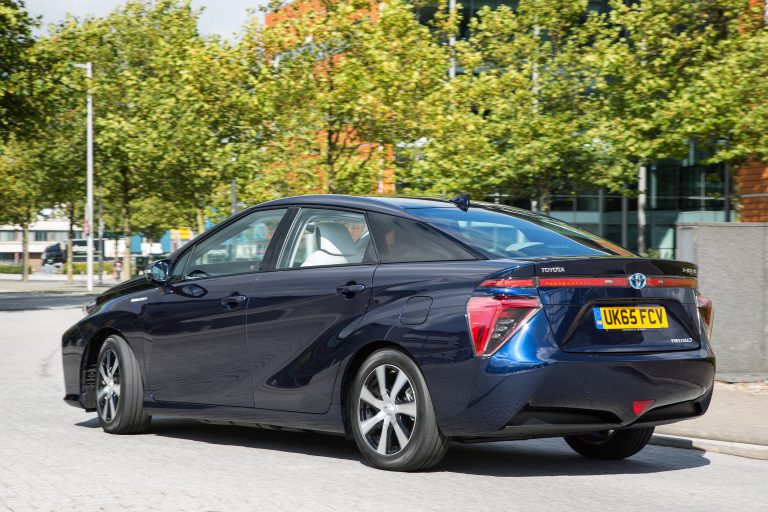 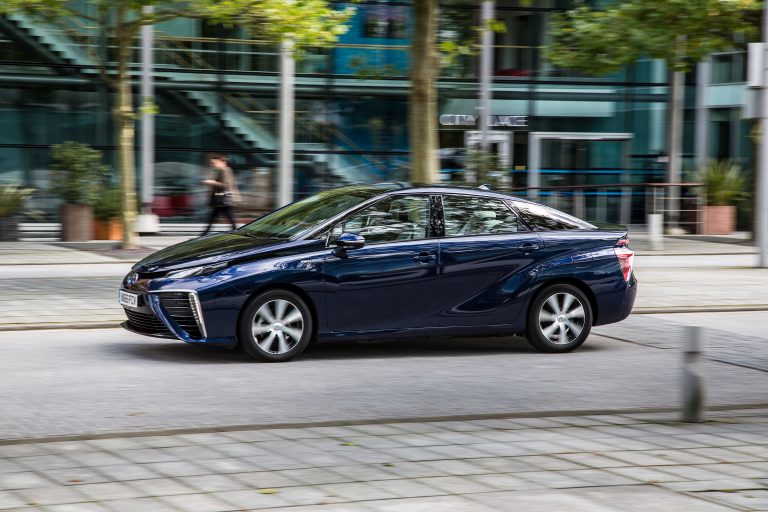 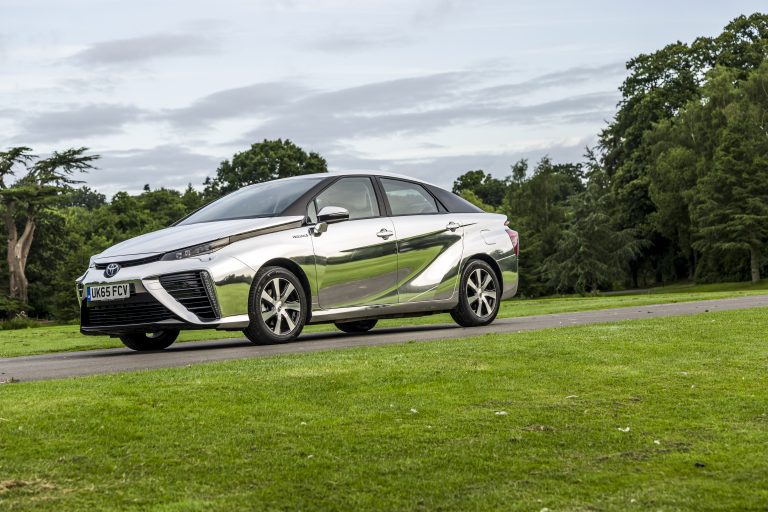 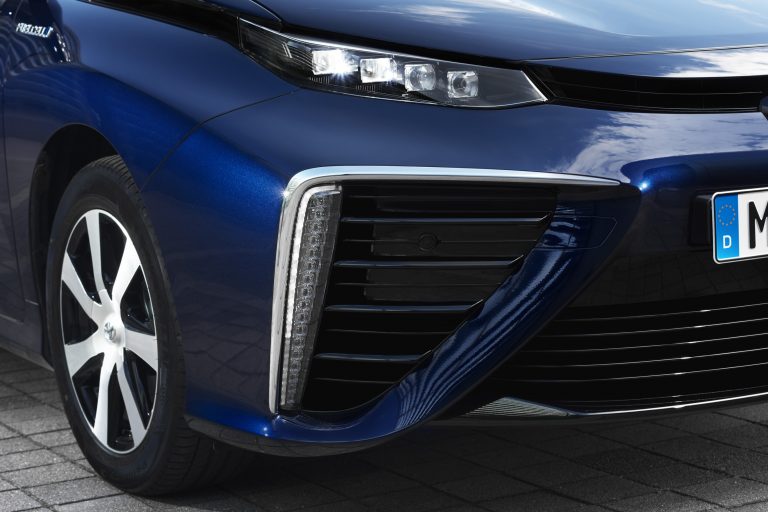