Evans and co-driver Scott Martin led the rally after winning the first three stages on Friday, but despite battling hard didn’t quite have the level of performance over the rest of the weekend to maintain the fight for the victory. Nonetheless, the second-place finish ensures Evans remains in with a shot of a maiden drivers’ championship going into the final round in Monza, Italy.

Ogier was in contention for a podium position all the way to the end of the rally but missed out on third position by less than seven seconds in a closely fought battle through the final day’s four stages. Nevertheless, he and co-driver Julien Ingrassia continue to the lead the standings with a 17-point advantage over their team-mates as they look to claim an eighth world title.

In the manufacturers’ championship, the points scored by Evans and Ogier – including those achieved by setting the third and fourth fastest times in a tricky rally-ending Power Stage – have brought the team a step closer to sealing the title. Toyota Gazoo Racing lead by 47 points with a maximum of 52 available from the final round.

All three of the team’s Yaris WRC cars finished inside the top five places, with Kalle Rovanperä and Jonne Halttunen securing fifth in the overall classification and in the Power Stage on their first time competing in Spain in the top category of the WRC.

Akio Toyoda (Team Founder)
“Just before this rally, I received a message from Jari-Matti. He told me that regaining the manufacturers’ championship as a team principal and celebrating together with me was one of his dreams. Three years ago, as a driver, he was having a very tough season. His first win that year was at the final event in Australia and his victory brought the team’s manufacturers’ title in 2018. I clearly remember how happy and excited I was. I, as a driver, was participating in a rally in Japan on that day. When I got the news, I shouted with joy and sent him a congratulatory message right away. I am sure that his dream will come true in Monza and look forward to celebrating with him.

“The drivers’ and co-drivers’ champions have not been decided yet either. I simply hope that Seb and Julien and Elfyn and Scott will compete without regrets until the very end, and I’m sure the team will prepare the best cars for them to do that.

“The next rally will be the last event we compete in with the current Yaris WRC. Since we returned to the WRC in 2017, we have always been saying ‘let’s keep making the Yaris WRC stronger’. I hope we can have a solid competition in Monza and that the crews and our fans will see the Yaris WRC is the strongest in the last event. I am confident that the team will make it happen!

“P.S. to Julien,
I really hope Monza will be a great event for you as it will be your last rally. I wish I could witness your final event in Japan. I’m still disappointed it didn’t happen… Good luck!”

Jari-Matti Latvala (Team Principal)
“In the end this weekend was not as strong for us as it could have been. It’s important for the future that we learn about why we were struggling at times and how we can react better. But there are still positives: firstly, that all three cars finished in the top five without any problems. Also, second place for Elfyn is another good result for him and it keeps the fight for the drivers’ title alive until the final round, which is obviously exciting for the championship as a whole. The manufacturers’ championship wasn’t quite decided in our favour this weekend, but our target now is to secure both titles in style at Monza.”

Sébastien Ogier (Driver car 1)
“Coming here, I was targeting more than fourth position, but it is still good points towards the championship. It was a close fight today and we definitely tried in the first three stages. Then the rain on the last one did not help with my strategy of not taking risks, and I was definitely on the safe side there. But overall, we have to remember that this weekend is another positive step for the championship and that’s what matters most. It’s not over yet though, so we’ll have to be good at Monza and try to repeat the success we had there last year.”

Elfyn Evans (Driver car 33)
“Second place is a positive result but it’s not so easy to be happy when we made such a good start to the weekend. Unfortunately, it faded away a little bit and I didn’t feel completely at one with everything. There was perhaps a little bit more to gain from this weekend. The good thing is that we managed to close the points gap and that the championship is still open. Realistically it’s a big gap to close in one round, but as we experienced last year, anything can still happen and we’ll try our best once again at Monza.”

Kalle Rovanperä (Driver car 69)
“Overall it has been quite a good weekend for us. There was a lot of learning, especially on Friday, but it got better with the setup and with my driving as the weekend went on. Today we were aiming for the Power Stage but the conditions were tricky and it was drying for the guys behind us on the road, so we didn’t have the chance to fight for more. We didn’t quite find the perfect feeling and not the pace that we wanted, but we tried our best and it was a solid weekend.”

What’s next?
Italy’s famous Monza racing circuit will host the final round for the second year in a row from 19-21 November. This year’s event features a greater number of stages on mountainous asphalt roads near Bergamo. 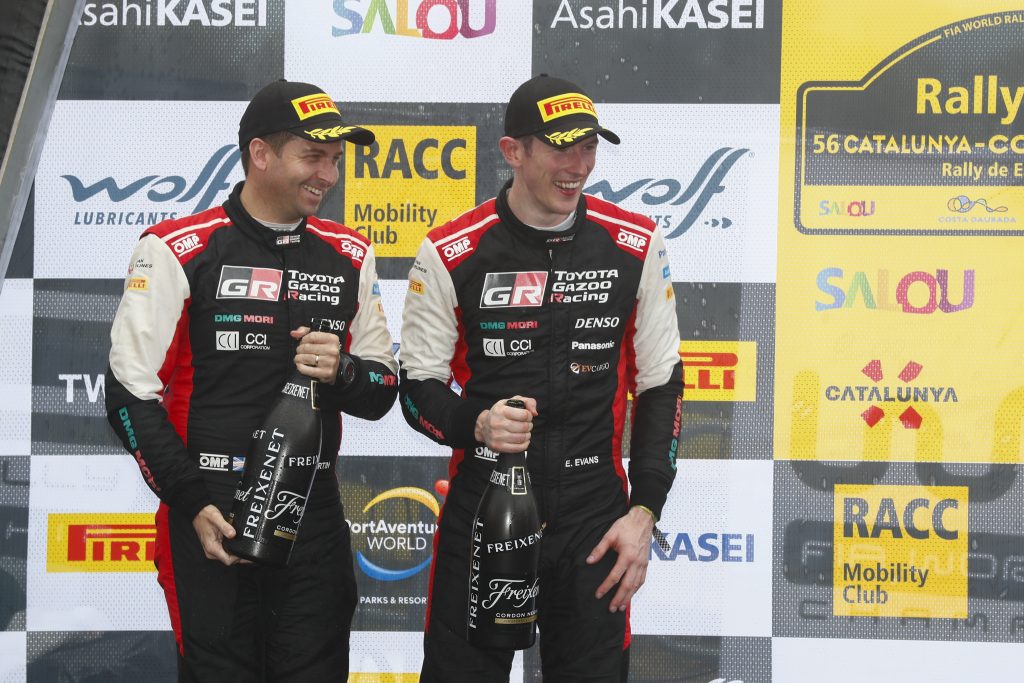 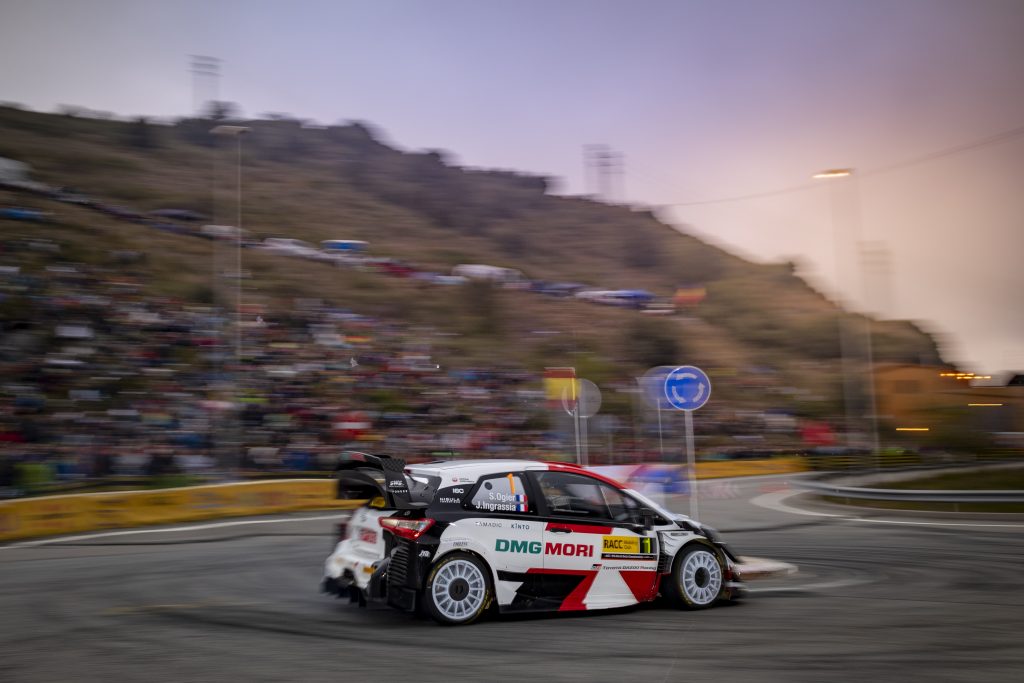 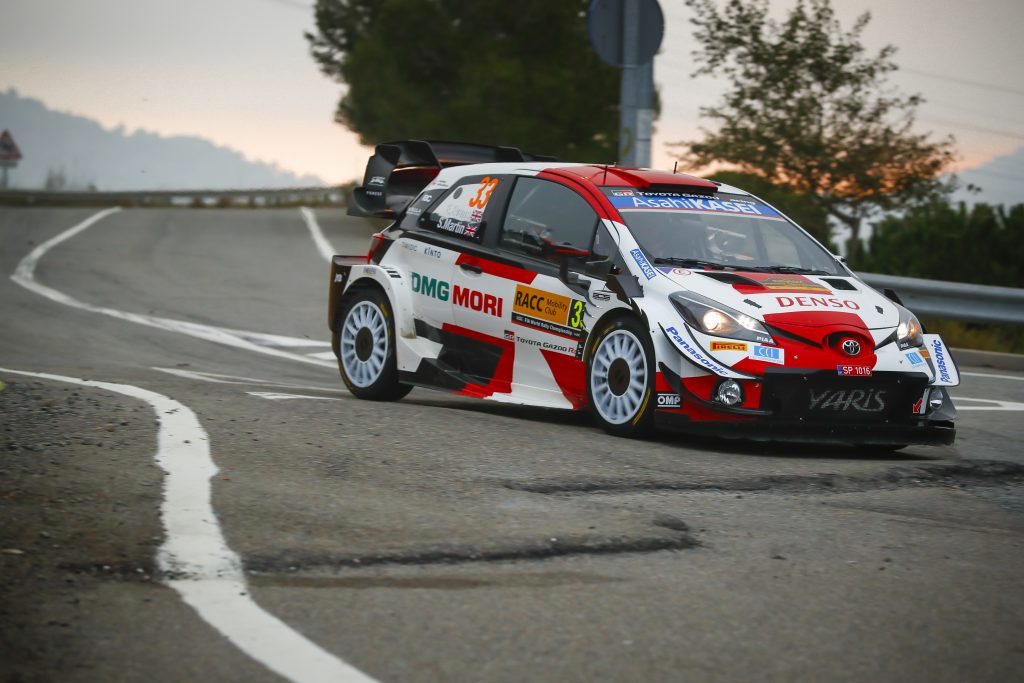 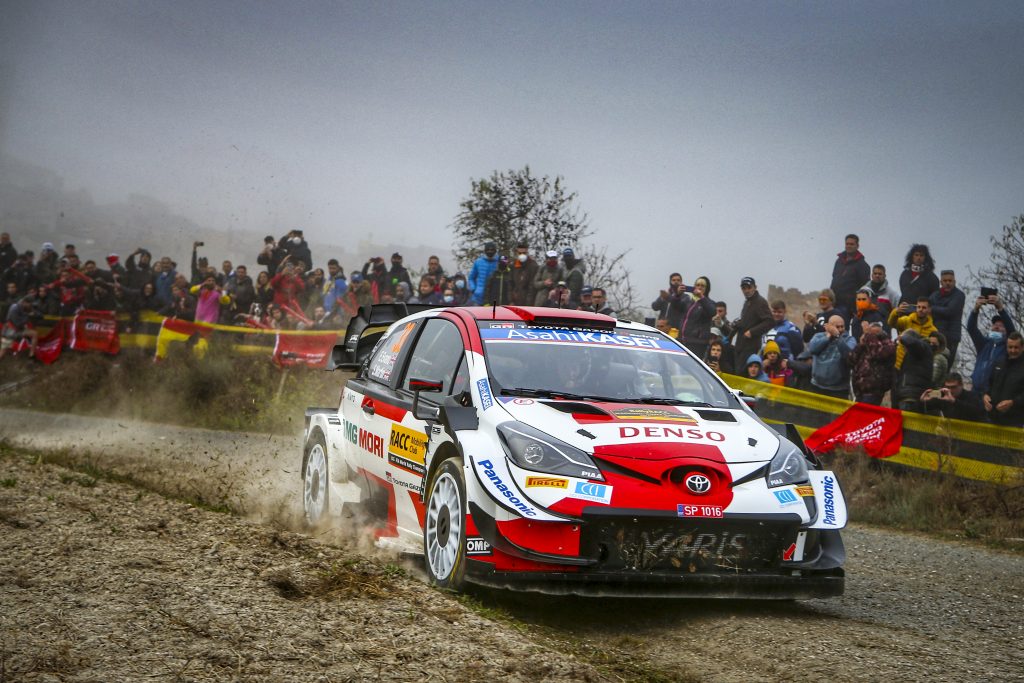 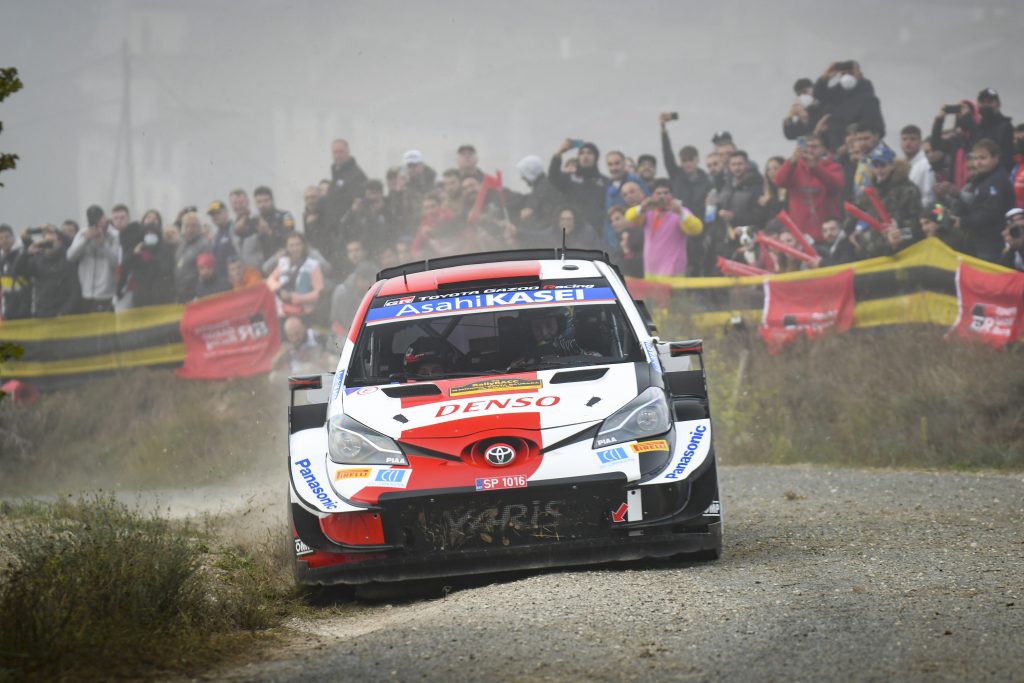 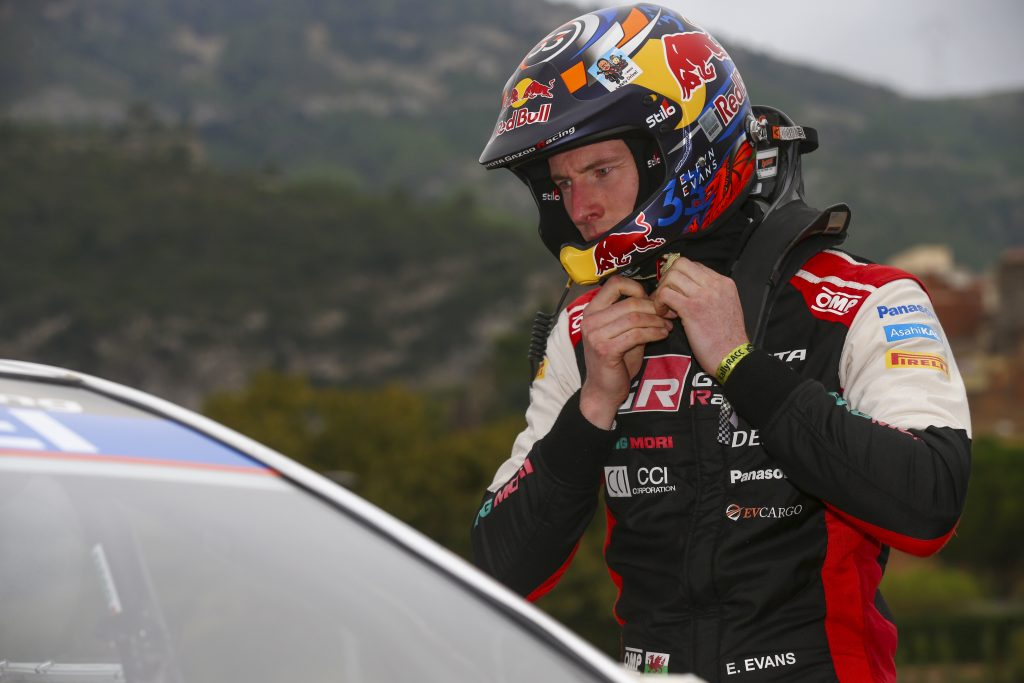 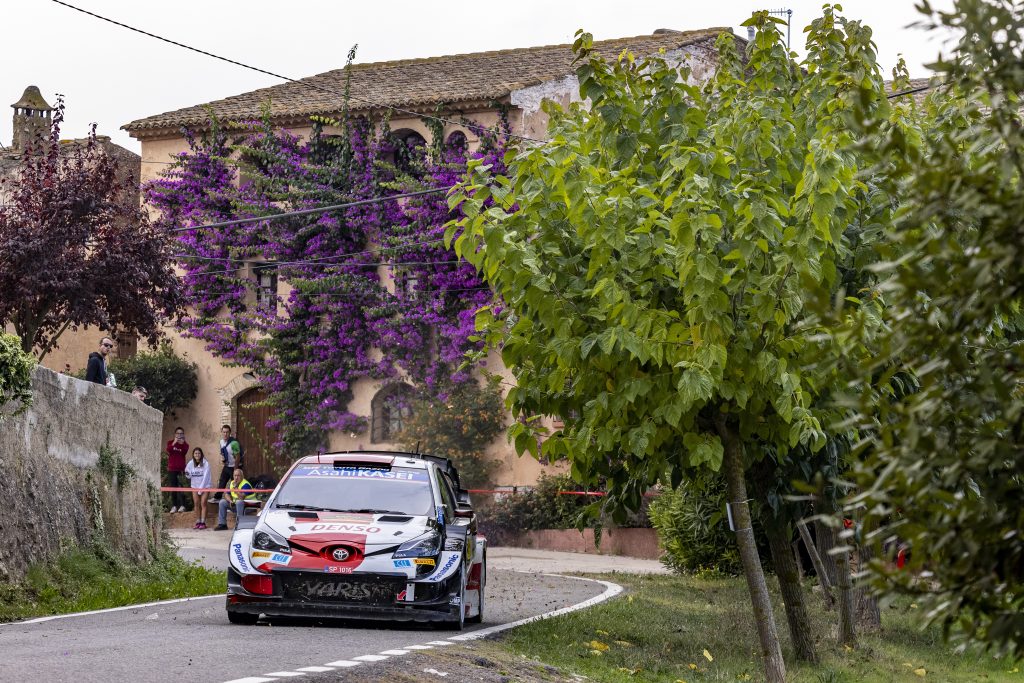 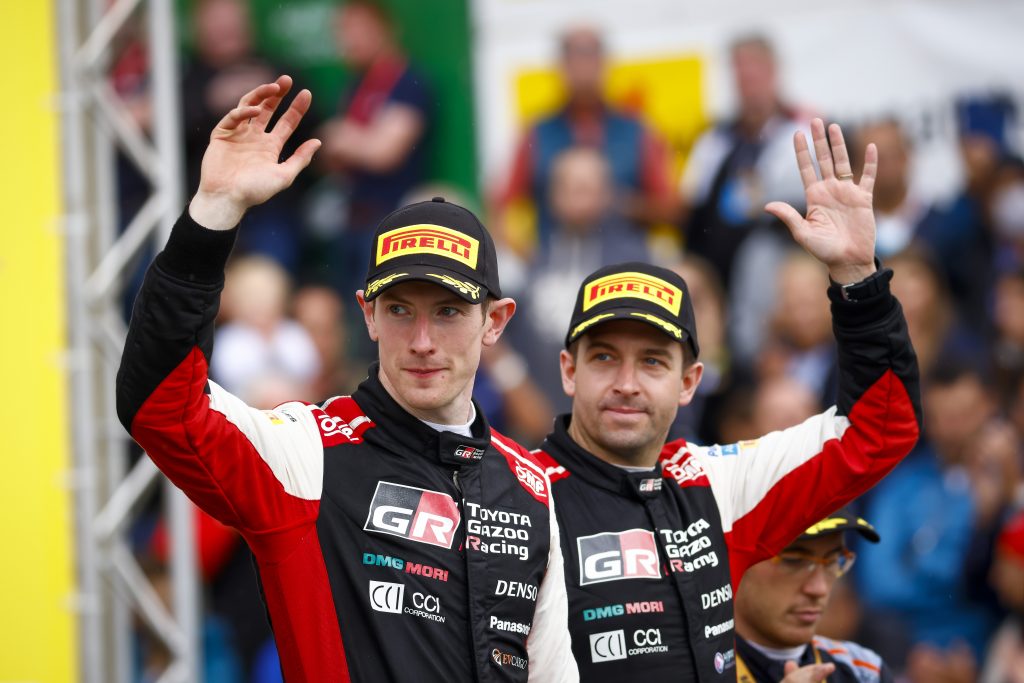