After a successful campaign in the 2018/19 FIA World Endurance Championship, Fernando Alonso and Toyota Gazoo Racing will join forces again in the coming months for a series of tests with the Toyota Hilux, the car that is expected to compete in the next Dakar Rally.

Over the next five months, Alonso, who is looking to broaden his already remarkable motorsport career across multiple disciplines, will work closely with Toyota Gazoo Racing and its Dakar Rally team. He will undergo an intensive training programme in the Toyota Hilux across Europe, Africa and the Middle East to familiarise himself with the challenging rigours of rally raid competition.

The two-time Le Mans 24 Hours winner, reigning FIA World Endurance Championship title holder, two-time Formula 1 World Champion, and winner of the 24 Hours of Daytona will push his limits to develop the off-road driving skills needed to tackle some of motorsport’s most challenging events.

Alonso, 38, will continue testing in the deserts of southern Africa this week (20 to 23 August), followed by a non-competitive first outing at the 2019 Harrismith 400 in South Africa, the fifth round of the South African Cross Country Series, on 13-14 September.

Toyota cars have been a perennial favourite at the Dakar Rally, with privateer and works teams accounting for more than one quarter of the total entries in the car category in the 2019 edition. The Toyota Hilux, in the hands of Nasser Al-Attiyah, a former Olympic athlete from Qatar as well as a rally raid legend, gave Toyota Gazoo Racing its first overall victory on the Dakar Rally earlier this year.

The 2020 edition also signals a new chapter for the Dakar Rally with the event moving to Saudi Arabia for the first time since the event’s inception in 1978, following a successful decade in Latin America.

Glyn Hall, Team Principal: “In March this year, we completed a successful two-day evaluation with Fernando in our Dakar-winning Toyota Hilux in southern Africa which proved to be a valuable learning experience. Not only did Fernando thoroughly enjoy the experience, but we could see him adapt and improve every time he got behind the wheel. It was clear that Fernando came to the test prepared and was ready to absorb everything we showed him. Rally raid is new for Fernando and I’m certain he has the skill and spirit to take on this challenge. As reigning Dakar champions with a long history in rally raid, I’m confident we can work well together with Fernando to build up his confidence for rally raid competition over the next few months.”

Fernando Alonso: “I’m really excited to continue my adventure with Toyota Gazoo Racing. Together we have achieved so much since I first drove a Toyota in November 2017, with our two consecutive wins at Le Mans, the World Endurance Championship for the team and a drivers’ title with my teammates Sébastien (Buemi) and Kazuki (Nakajima). I got a taste of off-road rallying earlier this year and it left me with a good feeling that I want to prolong. I knew it would be a totally different experience with a steep learning curve but the Hilux just felt great; it gave me so much confidence so quickly and I was improving loop after loop. I’m really looking forward to the next few months of training, getting to know the Hilux and working with the team. I’ve always maintained I want to pursue new challenges in different disciplines and I’m at a great team to do that.” 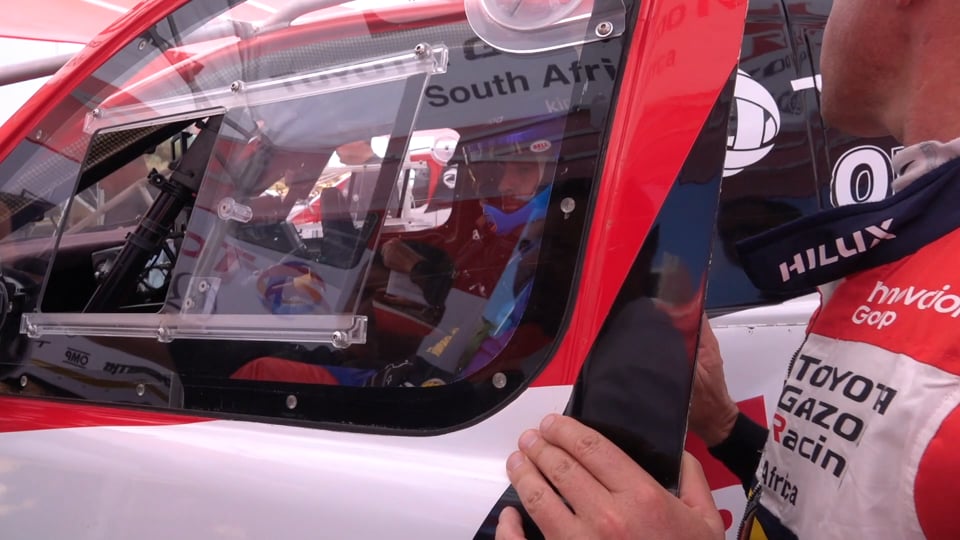 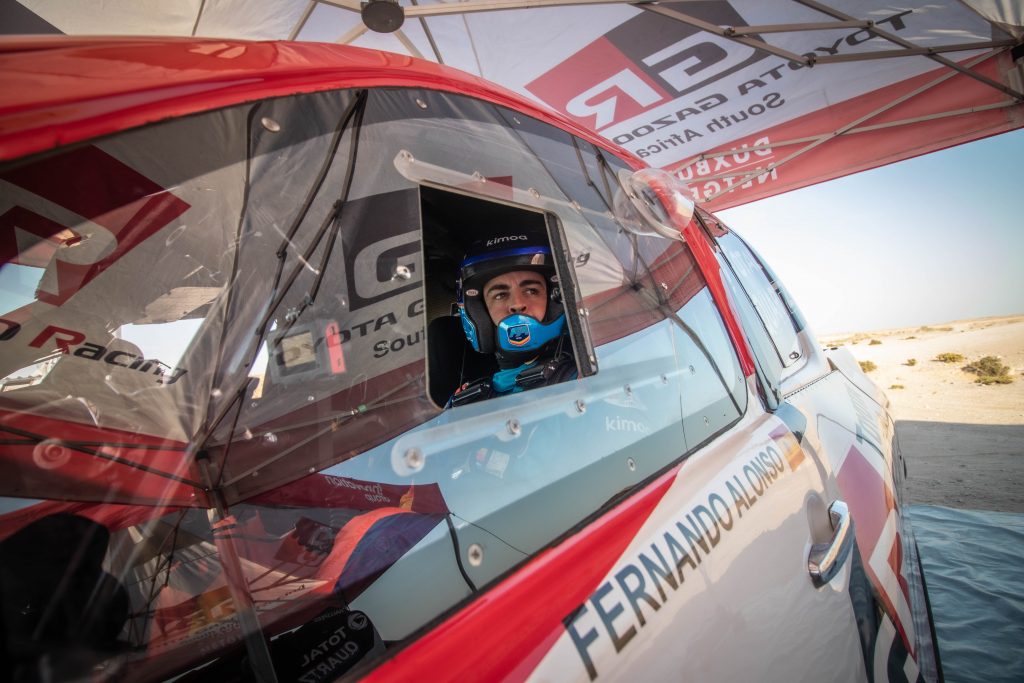 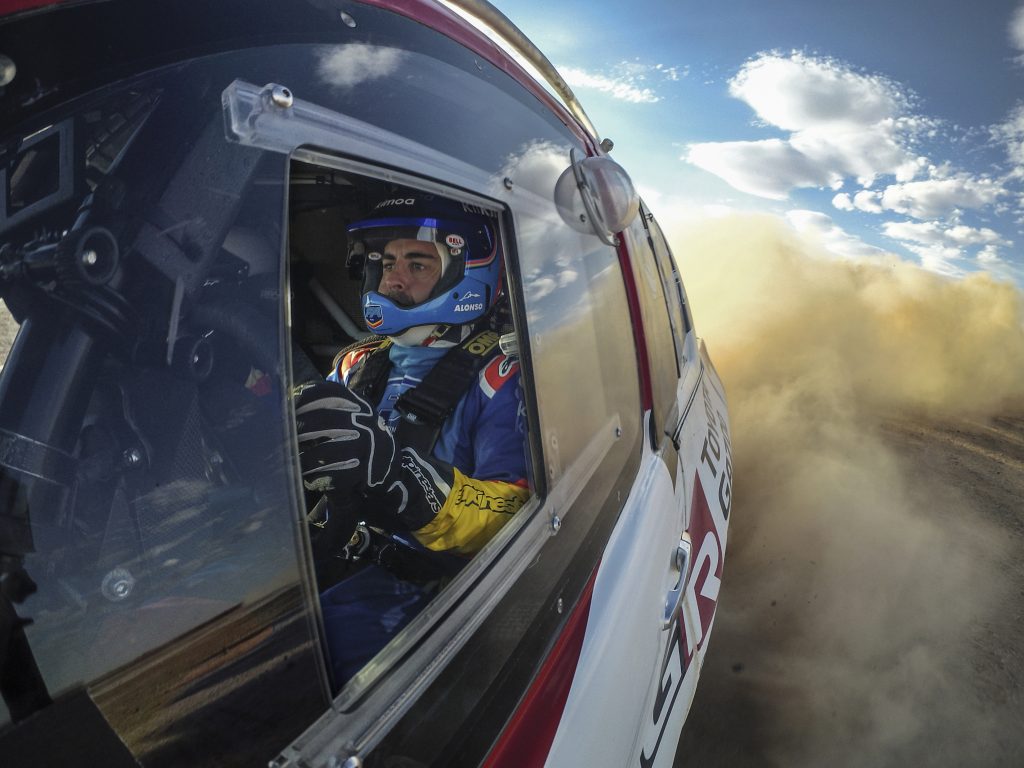 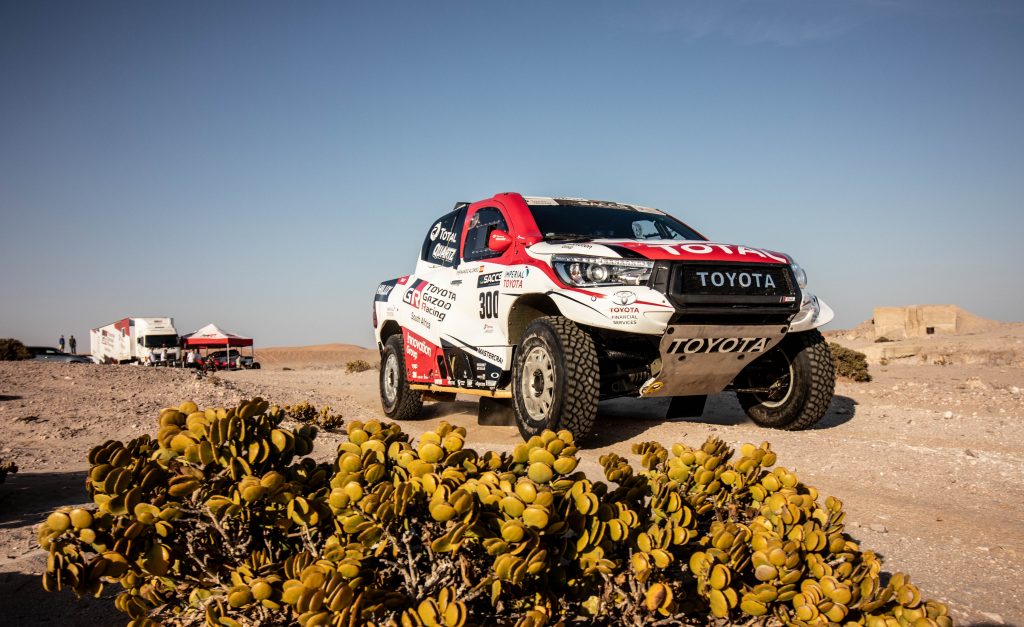