Toyota Motor Corporation (TMC) and Groupe PSA (PSA) today announced the next chapter of their successful and mutually beneficial long-term partnership in the European market. Specifically, the companies have agreed the following: –

From end 2019, PSA will expand the range of commercial vehicles supplied to Toyota Motor Europe NV/SA (TME) for sale in Europe under the Toyota brand by supplying TME with C-Van from its Vigo plant (in Spain).

PSA and TME started their collaboration on mid-size light commercial vehicles in 2012 with the Toyota Proace, produced at Groupe PSA’s Hordain plant, in France.

The TPCA joint venture was created by PSA and TMC in 2002 and included a review clause that allowed each partner to reconsider their shareholding.

The plant will become a subsidiary of TME, joining the seven other plants Toyota already operates in Europe.

The Kolin plant will continue to produce the current generation compact A-segment models for the two companies.

Toyota intends to continue production and employment in the future at the Kolin plant.

Marking the agreement, TMC Executive Vice President Didier Leroy said: “Today’s announcement reflects the complementarity and excellent relationship that exists between Groupe PSA and Toyota. Our agreement allows each company to play to its strength, while sharing technology and development costs. Our commitment to the Kolin plant demonstrates Toyota’s philosophy of producing cars where we sell them and our long-term manufacturing presence in Europe.”

Carlos Tavares, Chairman of Groupe PSA’s Managing Board, added: “We open a new chapter of our successful and mutually beneficial partnership, based on our trusting relationship for the best advantage of our clients and our companies.

Groupe PSA designs unique automotive experiences and delivers mobility solutions to meet all customer expectations. The Group has five car brands, Peugeot, Citroën, DS, Opel and Vauxhall and provides a wide array of mobility and smart services under the Free2Move brand. Its ‘Push to Pass’ strategic plan represents a first step towards the achievement of the Group’s vision to be “a global carmaker with cutting-edge efficiency and a leading mobility provider sustaining lifetime customer relationships”. An early innovator in the field of autonomous and connected cars, Groupe PSA is also involved in financing activities through Banque PSA Finance and in automotive equipment via Faurecia..

Toyota Motor Corporation (TMC) is the global mobility company that introduced the Prius hybrid-electric car in 1997 and the first mass-produced fuel cell saloon, Mirai, in 2014. Headquartered in Toyota City, Japan, Toyota has been making cars since 1937. Today, Toyota proudly employs 370,000 employees in communities around the world. Together, they build around 10 million vehicles per year in 27 countries and regions, from mainstream cars and premium vehicles to mini-vehicles and commercial trucks, and sell them in more than 170 countries and regions under the brands Toyota, Lexus, Daihatsu and Hino. For more information, please visit www.toyota-global.com.

Toyota Motor Europe NV/SA (TME) oversees the wholesale sales and marketing of Toyota and Lexus vehicles, parts and accessories, and Toyota’s European manufacturing and engineering operations. Toyota directly employs around 20,000 people in Europe and has invested over EUR 9 billion since 1990. Toyota’s operations in Europe are supported by a network of 29 National Marketing and Sales Companies across 53 countries, a total of around 3,000 sales outlets, and nine manufacturing plants. In 2017, Toyota sold 1,001,662 Toyota and Lexus vehicles in Europe. For more information, visit www.toyota-europe.com

Toyota Peugeot Citroën Automobile Czech s.r.o. (TPCA) is a joint venture between Toyota Motor Corporation and PSA Peugeot Citroën. Production in the plant, built in 2002 in the industrial zone of Kolín – Ovčáry, was launched in February 2005 with an initial investment of 26 billion Czech crowns. Currently, there are 2 400 people working at TPCA and the company represents one of the biggest exporters in the Czech Republic. It currently manufactures Toyota Aygo, Peugeot 108 and Citroën C1 city car models with reliability and low power consumption. TPCA employs the most environmentally-friendly technology as proven with the BAT (Best Available Techniques), which the plant was awarded along with certified environmental management EN ISO 14001:2004. Development of the Kolín region in the past ten years has been impacted not only by creating thousands of jobs in the region but has also supported charitable projects in the region. It has financially supported more than 700 projects totalling in excess of 114 million Czech crowns.” 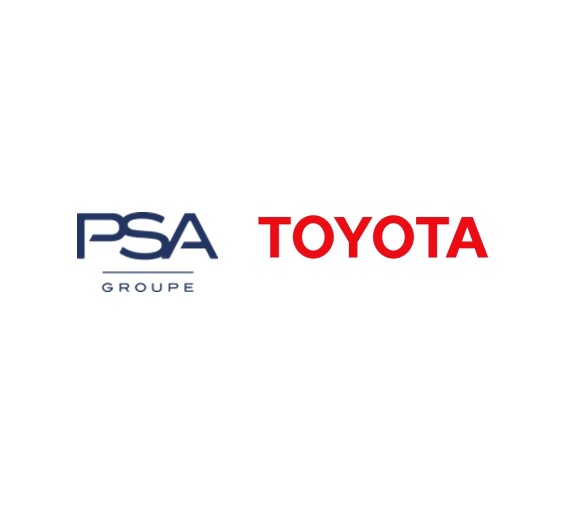 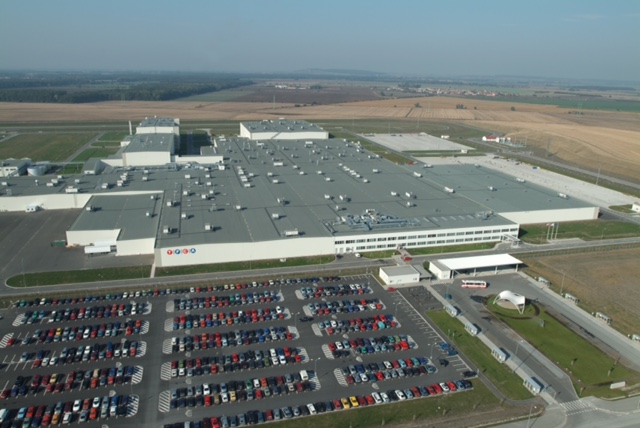 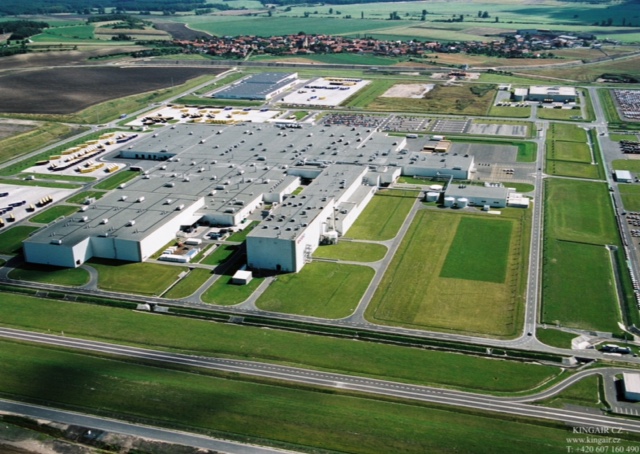