Toyota Gazoo Racing made endurance racing history as the first World Champions of the Hypercar era with a one-two victory in the 6 Hours of Bahrain.

Mike Conway, Kamui Kobayashi and José María López won the penultimate round of the 2021 FIA World Endurance Championship (WEC) in their No7 GR010 Hybrid. Sébastien Buemi, Kazuki Nakajima and Brendon Hartley completed a perfect result for the team, bringing the No8 car home in second place.

In very hot and challenging conditions, mechanics, engineers and drivers worked intensively to earn Toyota Gazoo Racing’s fourth WEC manufacturers’ title, and their third in succession. The victory also maintained the GR010 Hybrid Hypercar’s 100 per cent winning record in 2021, with one race remaining.

The focus now switches to the drivers’ title fight which will be decided at next weekend’s season-closing race. The Le Mans-winning No7 crew moved a significant step closer to retaining the World Championship they won in Bahrain 12 months ago. Their third win of the season extends their advantage over the No8 drivers to 15 points.

The contest between the two GR010 Hybrid crews was intense throughout the event; , when the race got under way, Buemi in the No8 car held the advantage from pole position, but Conway pursued him throughout the first stint. The pair were separated by less than a second throughout the opening 45 minutes with the lead changing hands several times as the momentum swung between them.

Eventually the No7 established itself at the front, suffering slightly less from tyre degradation on a day when all Hypercars faced the same issue.

At half distance, López led by just 10 seconds from Buemi but the battle took a decisive turn after four hours when the No8 was delayed during a tyre change and dropped to third. Although Hartley swiftly overtook the Alpine to reclaim second, he trailed Kobayashi by around 40 seconds.

The GR010 Hybrids maintained their pace at the front and Kobayashi was at the wheel of the victorious No7 car when it crossed the line after 185 laps. Nakajima following 51.401secs later to complete the one-two.

The team immediately began preparations for an eight-hour race at the same venue this Saturday (6 November) which will bring the curtain down on the 2021 WEC season and decide the outcome of the drivers’ World Championship.

Koji Sato, Gazoo Racing Company President: “Congratulations to car No7 for three consecutive victories and car No8 for taking second place with their outstanding work to earn this fantastic one-two finish. Thank you so much for bringing the first Hypercar World Championship to Toyota Gazoo Racing. At the beginning of the race, I was thrilled to watch the battle between our two Hypercars, but despite the difficulties of working in 35°C, the efforts of all the team brought a great result. I am deeply grateful to the drivers for their huge effort. Now the final race of the season is only a week away and the drivers’ World Championship will soon be decided. I hope for an exciting end to the season, and I look forward to seeing who will come out on top. The team will work hard to prepare in the best possible way.”

Mike Conway (GR010 Hybrid No7): “I’m very happy with the win; it’s good to get maximum points and secure the World Championship for the team. It was a great job by all the crew; my team-mates performed really well all day. In my stint it was a case of managing the tyres from the start. There were a lot of unknowns because we have never taken tyres so far into a race before, but it all worked out well. It’s a positive day for us in the drivers’ championship but it’s still all to play for next week, so we need to work hard to clinch it.”

Kamui Kobayashi (GR010 Hybrid No7): “The team did a great job. Congratulations to everyone on becoming Hypercar World Champions. We had struggled a bit on Friday but we found the reason and therefore were confident for the race. The whole crew did a really good job in the race, and Mike and José had strong pace as well. They gave me the car in a good position and my stint was really smooth. By the time I was in the car for my stint to finish the race, the temperature was a little less so it wasn’t as demanding on me or the tyres. I just maintained the gap and brought it home.”

José María López (GR010 Hybrid No7): “Congratulations to all the team, who did a fantastic job today, and through the whole season, to become World Champions. Mike and Kamui were amazing today in the race, very solid as always. Tyre management was tricky and we were not sure how it would go, but as a team we didn’t make any mistakes and this put us in the position to win. It’s a very important result for the team and really good for us in the drivers’ championship.”

Sébastien Buemi (GR010 Hybrid No8): “I am a competitor and we never like to finish second, but this was an amazing result for the team. We had some challenges with the tyres today; perhaps more than car No7, who did a great job. For Toyota Gazoo Racing to finish first and second is a great way to wrap up the Hypercar title in its first season. It comes from an enormous amount of hard work from the mechanics, the engineers and the entire team. We have to congratulate them on this incredible achievement.”

Kazuki Nakajima (GR010 Hybrid No): “It was tough race with the heat, but the temperature was a bit better for me at the end of the race. We ran an aggressive set-up to try to maybe get an edge, but it didn’t work out that way. Nevertheless, we finished second and we are still in contention for the title. Congratulations to car No7, they drove a great race. Toyota Gazoo Racing are World Champions again and the team really deserve this. It is good to have this wrapped it up already; now it means we can go out and have some fun in the final race.”

Brendon Hartley (GR010 Hybrid No8): “Car No7 was a little bit quicker than us and they deserved to win. We had some tyre degradation issues and I had one or two things happening with the car, but we will learn from this. Well done to car No7. We are still in the fight for the drivers’ World Championship but car No7 has made it hard for us in the last race. It’s an awesome achievement from the team to win the Hypercar World Championship in the first year so big congratulations to everyone. I know how much hard work has gone into this and everyone in the team deserves this title.” 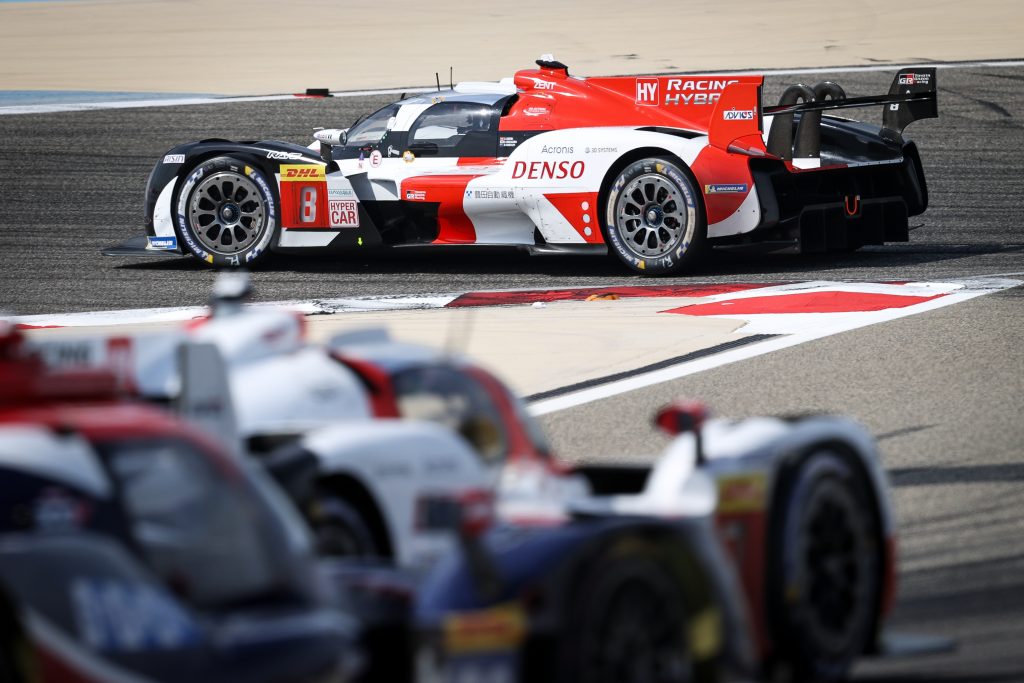 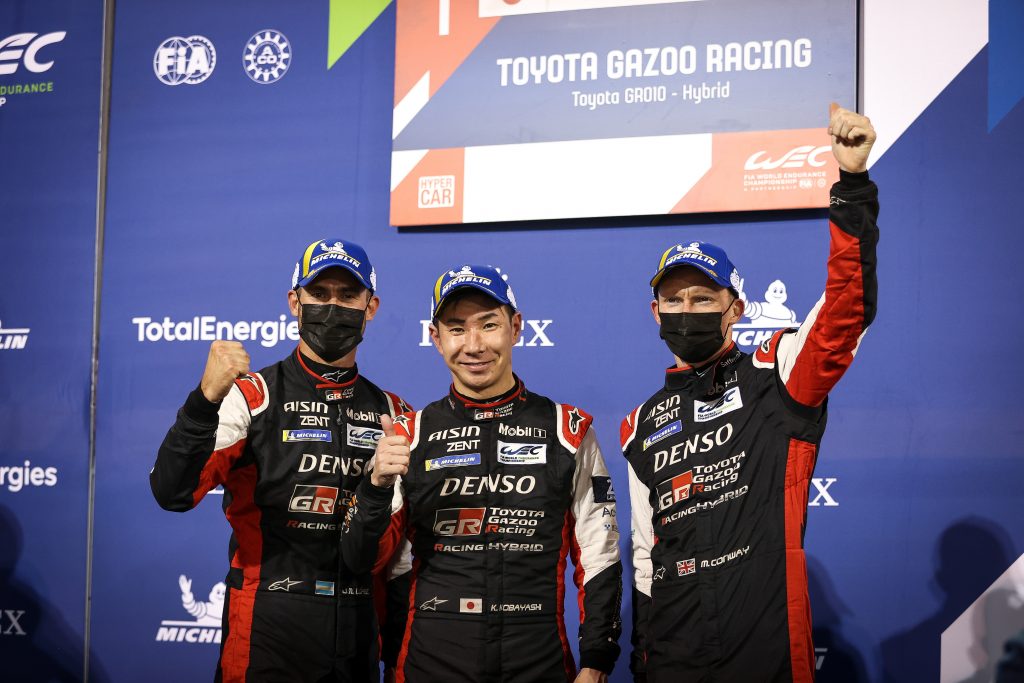 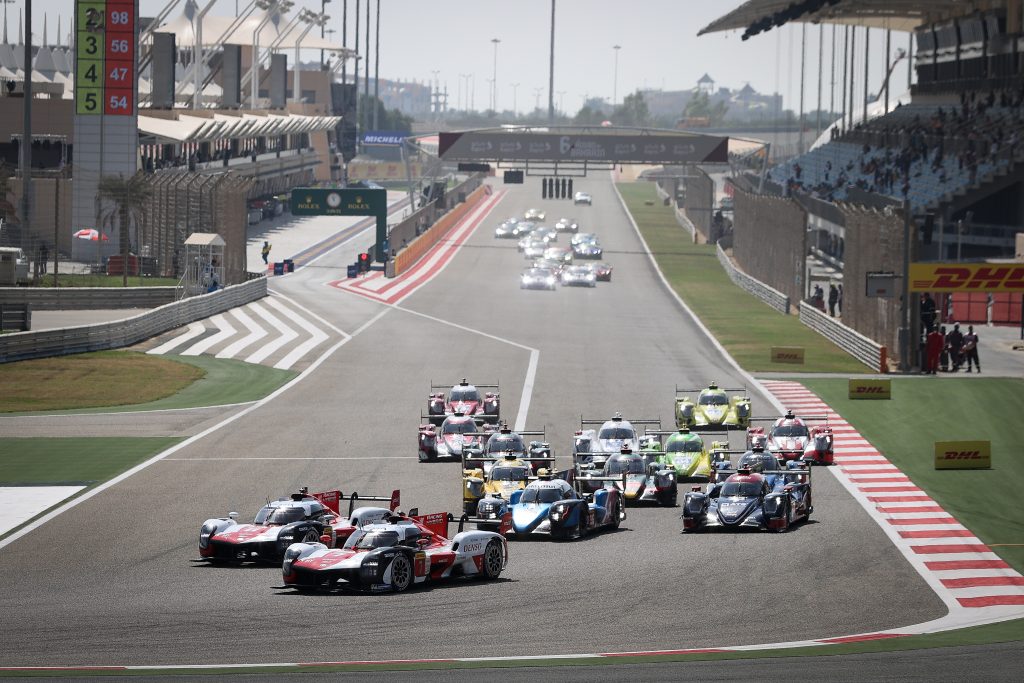 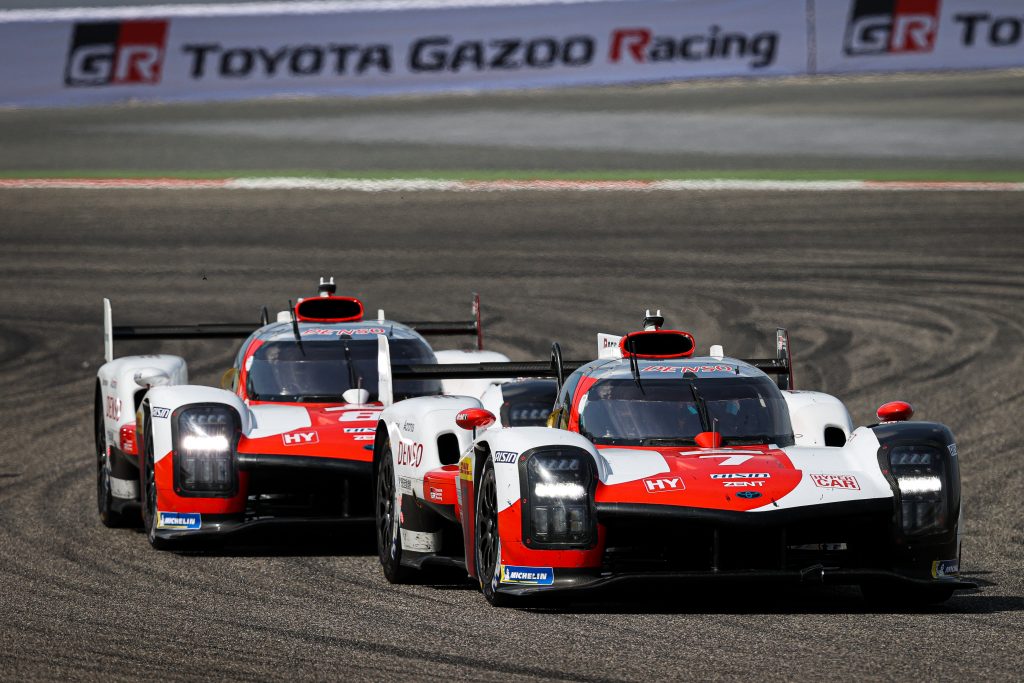 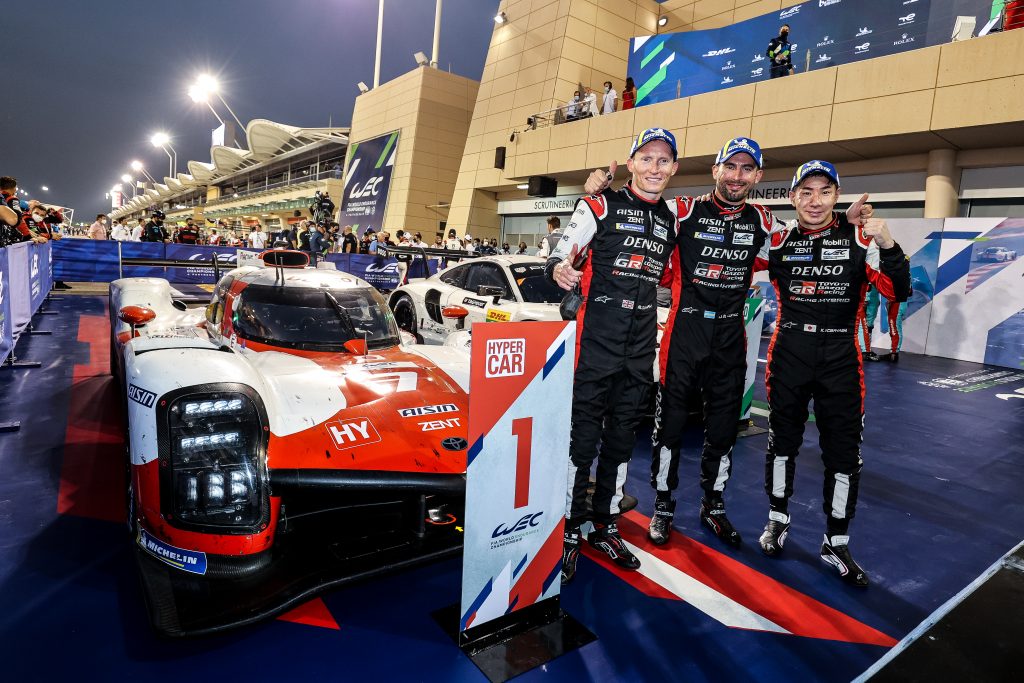