Toyota Motor Europe has delivered a first batch of fuel cell modules to Spain’s national hydrogen and fuel cell technology testing centre, Centro Nacional del Hidrogeno (CNH2).  The modules will be used in a demonstration train which forms part of the testing phase of the European FCH2Rail project – an initiative which will allow electric trains to switch to hybrid, emission-free running when overhead power lines are not in place.  Introducing such bi-mode trains would help phase out the use of diesel locomotives.

To date, Toyota has built and tested six modules, each based on the second generation hydrogen fuel cell found in Toyota’s latest Mirai saloon car. This unit is more compact and more powerful than its predecessor and has helped Mirai to achieve a 30 per cent greater driving range.

CNH2 will bench-test three modules paired with powertrain batteries before sending all six fuel cells to CAF – the Spanish-based global transport solutions provider – in mid-February, for installation in a demonstration train.

The train itself is a CIVIA electric commuter train, built by CAF and supplied by fellow FCH2Rail consortium partner, Renfe.  Final testing involves the incorporation of Toyota’s fuel cell modules into a Fuel Cell Hybrid Power Pack that can combine electricity supplied from an overhead line with a hydrogen fuel cell module and battery. This pack will operate independently to power the train when required.  Simply put, when there are no overhead lines to supply electric power to the train, energy is automatically sourced from the Fuel Cell Hybrid Power Pack.

The compact, flat module configuration designed by Toyota will allow the units to be integrated in the roof of the train for optimum packaging.

Once integration testing is complete, initial functional tests and trial runs will take place as part of the approval process for Spanish and Portuguese rail lines.  Overall, the FCH2Rail project aims to test the energy management technology in the hybrid set-up to ascertain whether it can be a reliable and viable solution for hydrogen zero emissions trains.  The FCH2Rail project is funded by Fuel Cells and Hydrogen Joint Undertaking (FCHJU).

For Toyota, the collaboration is a further example of its commitment to exploring the environmental benefits of a hydrogen society – a vision embodied in Toyota’s living laboratory, Woven City, construction of which began last year. 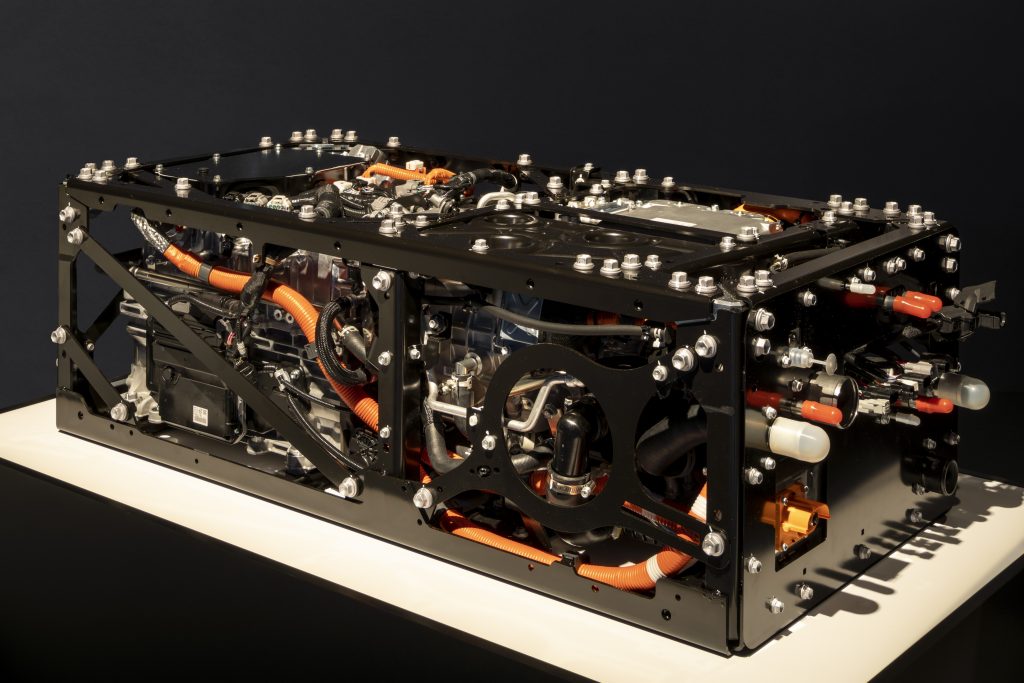 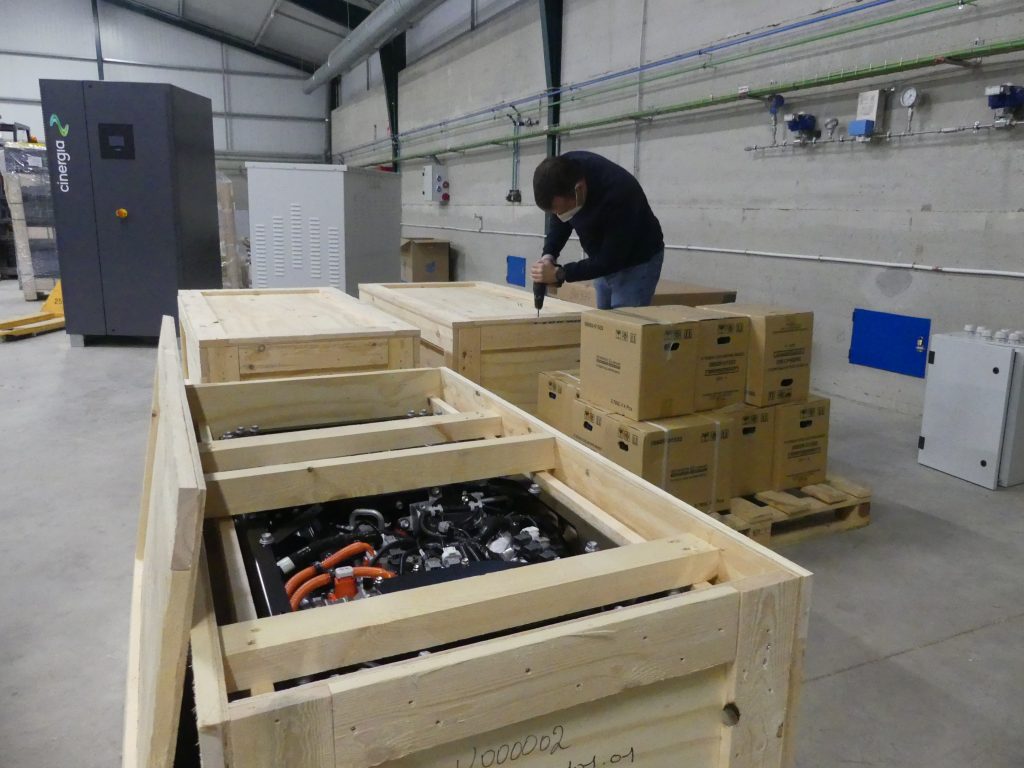 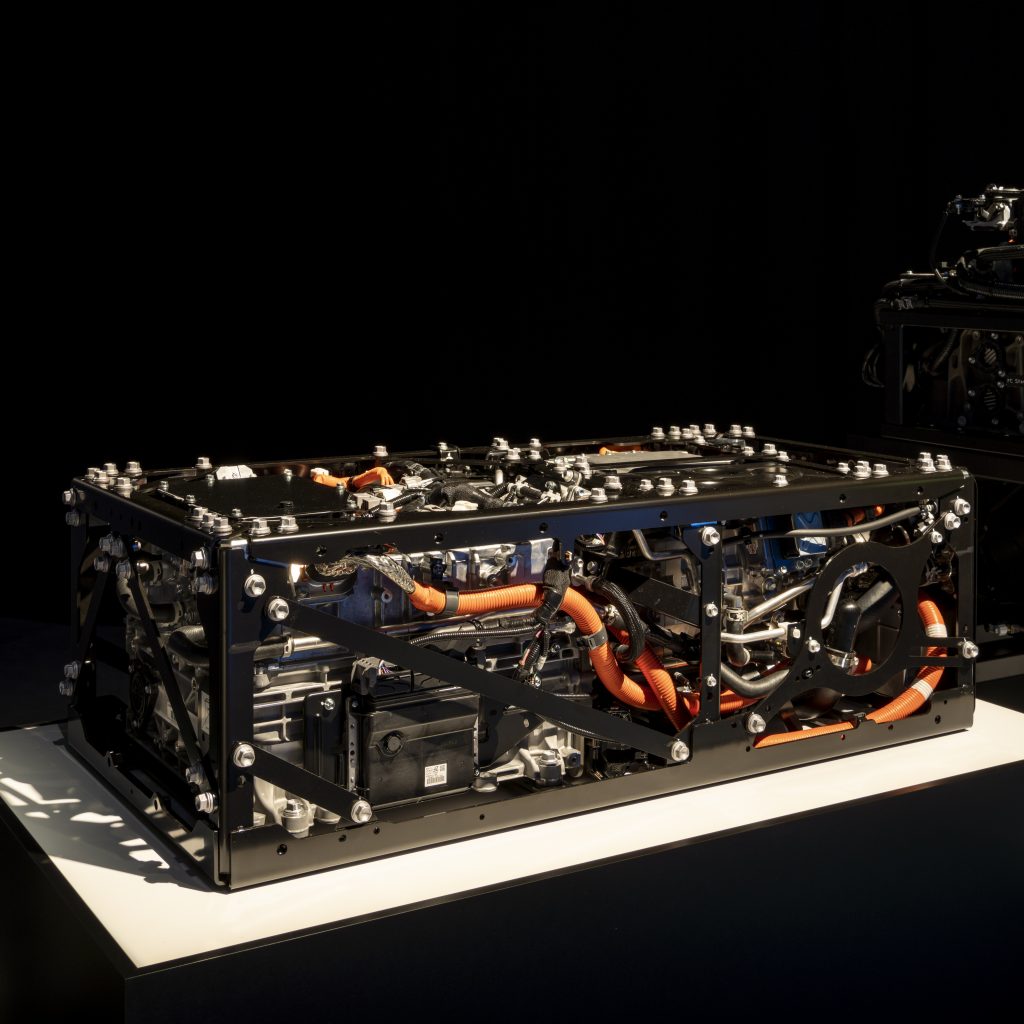 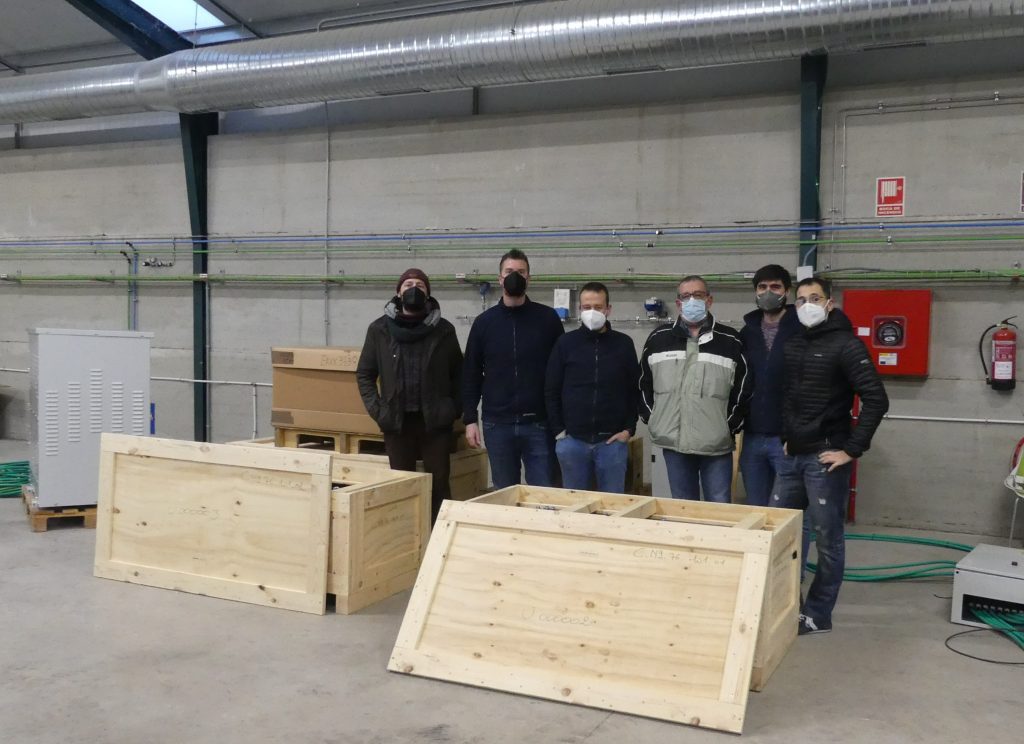