Three new Toyota models set for launch in the coming months will each benefit from the strength-in-depth of the company’s all-wheel drive technology. The seven-seat Highlander and all-new Yaris Cross SUVs and the GR Yaris performance hatchback will demonstrate how the concept of what makes a 4×4 has moved beyond rugged off-roaders to a much wider range of technically advanced vehicles that deliver a more secure and rewarding drive.

Toyota has a world-leading heritage of AWD performance, founded on the go-anywhere qualities of its Land Cruiser SUV and Hilux pick-up, models renowned for being able to tackle the toughest terrains. It has also developed high-tech AWD systems for race and rally competition, where its recent successes include drivers’ and manufacturers’ titles in the FIA World Endurance and World Rally championships with the TS050 Hybrid and WRC Yaris, plus a Dakar rally win with Hilux.

It’s in more everyday motoring, however, that Toyota has succeeded in giving customers the benefits of all-wheel drive without having to pay a price in terms of higher fuel consumption and exhaust emissions. Its solution has been to produce intelligent, electric systems that are an ideal fit with its range of hybrid electric powertrains.

In Europe, the original RAV4 Hybrid was the first Toyota model to offer electric all-wheel drive. Introduced in 2016, it saw the traditional mechanical 4×4 system with a central propshaft replaced by a second electric motor dedicated to driving the rear axle when conditions required. More compact, weighing less, yet producing 50kW of power and 139Nm of torque, it was a solution that was easier to accommodate in the RAV4’s design and had less impact on overall vehicle efficiency. It also enabled loads of 1.65 tonnes to be towed – at the time a new high for a Toyota hybrid.

It’s this concept that Toyota has since developed to achieve even stronger 4×4 performance, allied to the roll-out of its new TNGA modular vehicle platforms. Evolutions of the system will feature in both the new Highlander and Yaris Cross, engineered to suit the size, weight and performance requirements of each hybrid model.

The technology has also been developed to expand the capabilities of the current generation RAV4, to keep the car true to its defining “drive on any road” concept.  A 30 per cent increase in rear wheel torque was achieved, matching or surpassing the performance of the best mechanical AWD systems. Performance was further improved with the introduction of AWD Integrated Management, which automatically adjusts brake and throttle control, the shift pattern and drive torque distribution according to the drive mode selected by the driver.  Adding Trail Mode – an automatic limited-slip differential control – also raised the game for RAV4’s drivability on very uneven terrain.

Toyota demonstrated the flexibility of its electric AWD technology in developing a system specifically for use in the Prius mid-size hatchback. The optional AWD-i system is designed to provide support in common driving scenarios where extra grip is needed: when pulling away from standstill or when a loss of traction is detected at higher speeds, such as on snow, ice, or wet roads. For Prius, the rear electric motor produces just 5.3kW, but it can provide 570 Nm of torque to the wheels (via a 10.4 reduction ratio).

GR Yaris and the debut of GR-Four

The GR Yaris is much more than an everyday hot hatch, it’s technically sophisticated performance car that will form the basis for a future contender in the World Rally Championship. Developed by Toyota Gazoo Racing and Toyota’s WRC partner Tommi Mäkinen Racing, it debuts a new GR-Four AWD system.

This is a compact and lightweight system that uses a high-response coupling to ensure quick delivery of appropriate levels of drive torque to the front and rear axles. The Circuit Pack model adds front and rear limited-slip differentials which manage the drive torque split between the left and right wheels to gain even greater car control. Using slightly different gear ratios for each axle gives a much wider range of front/rear torque balance, achieving a performance advantage over other permanent or on-demand AWD systems.

The driver can adjust performance simply by using a 4WD mode switch on the dashboard to suit the conditions, whether winding public roads, or competitive circuit and special stage driving.

Land Cruiser and Hilux remain the ultimate machines for dealing with extreme conditions, with Toyota also applying new technologies to strengthen the performance of their mechanical all-wheel drive systems.

Hilux has a switchable system, with a high/low transmission transfer case and front and rear limited-slip differentials – the rear lockable when conditions demand. In normal driving, Hilux operates in rear-wheel drive, with the front differential automatically disconnecting to give better on-road performance and fuel economy. The switch from four to two-wheel drive can be made while the vehicle is in motion, at speeds up to 31mph.

Land Cruiser has full-time all-wheel drive together with a limited-slip differential and the ability to switch between high and low transmission settings. Its AWD performance is supported by electronically controlled systems for safe progress in demanding conditions. The Multi-Terrain Select control automatically modifies the acceleration, braking and traction control to suit driving on different surfaces: mud and sand, loose rock, mogul and rock. Top-of-the-range Invincible models further add Crawl Control, which manages vehicle speed to tackle difficult climbs and descents at near-walking pace, with the driver only having to control the steering. 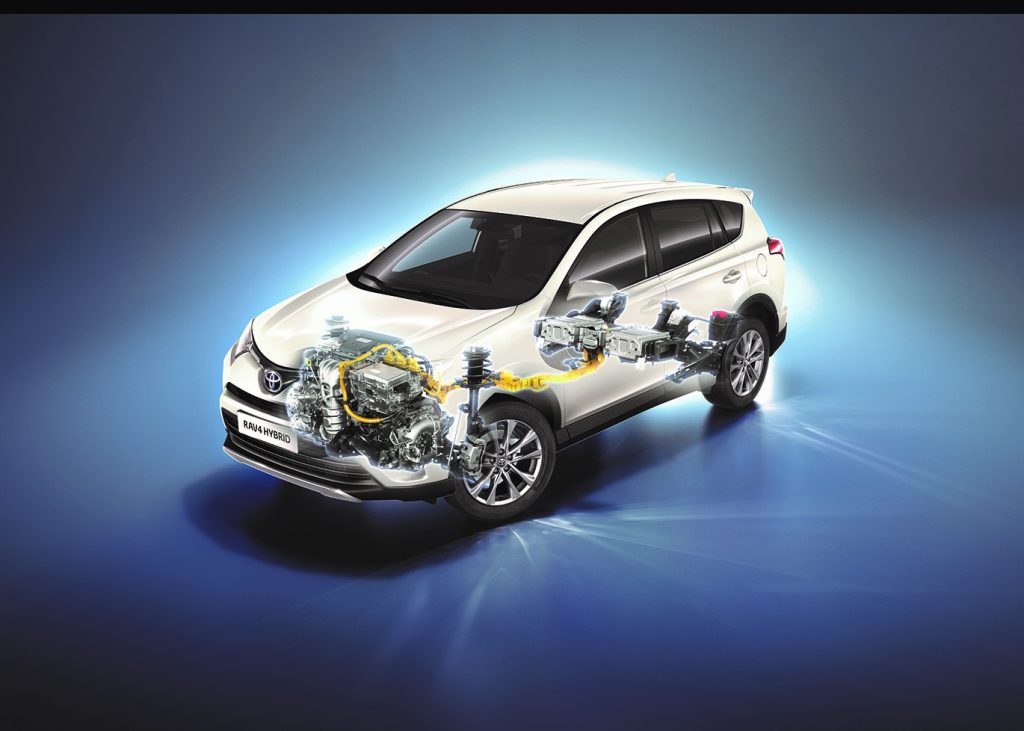 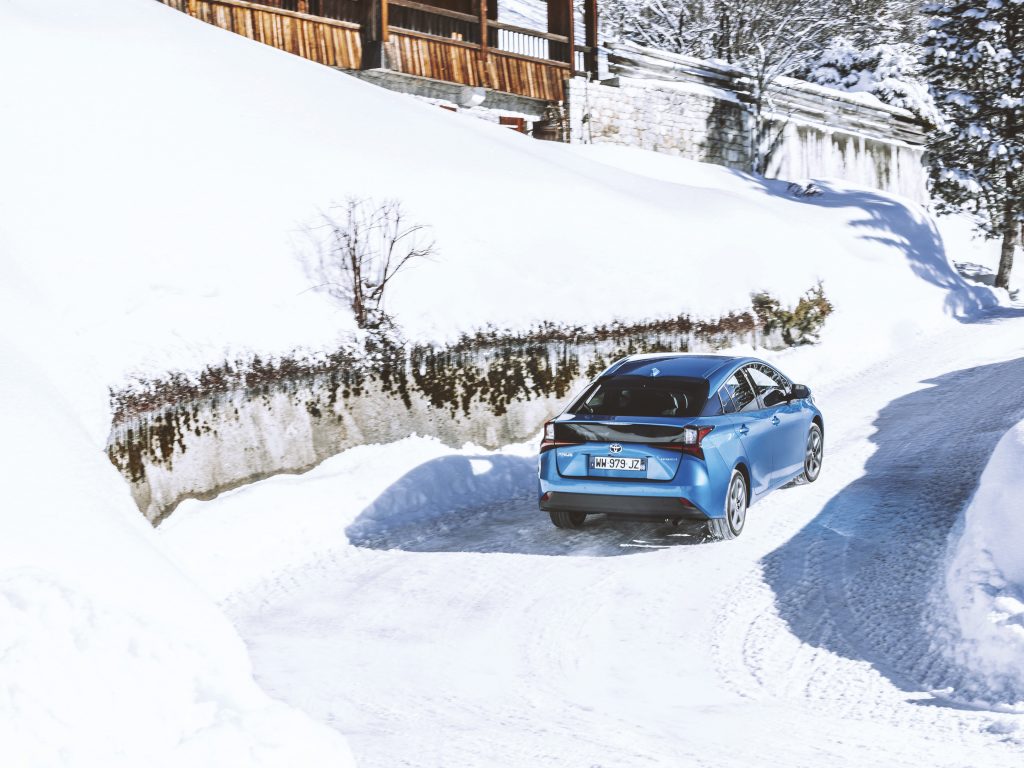 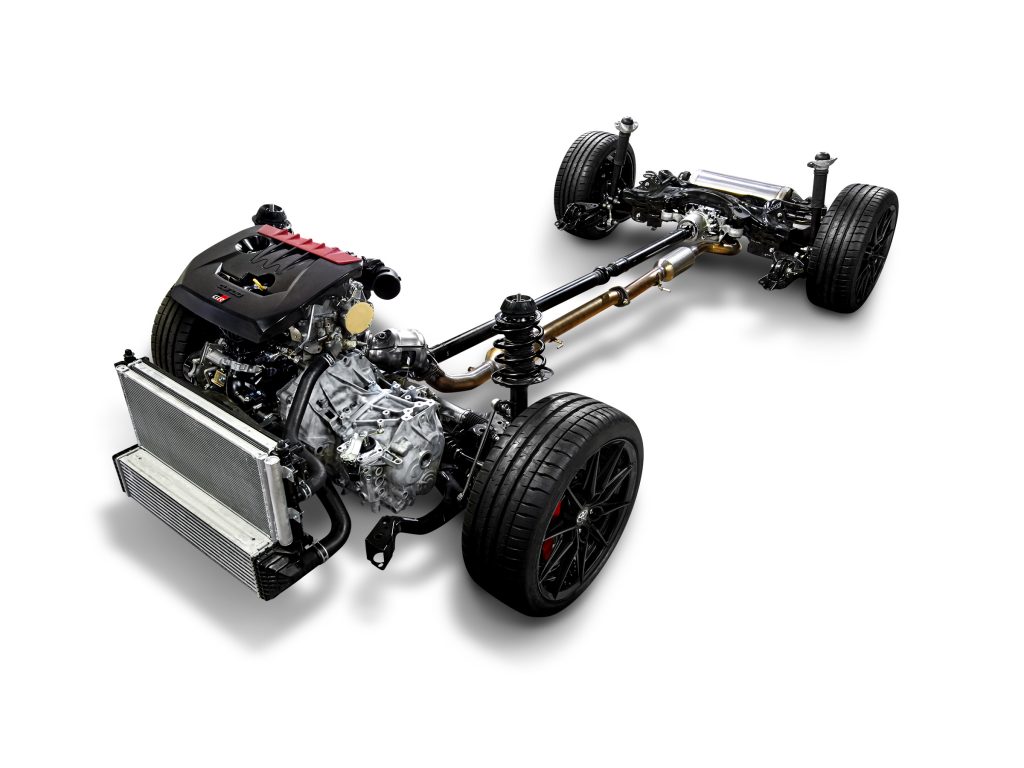 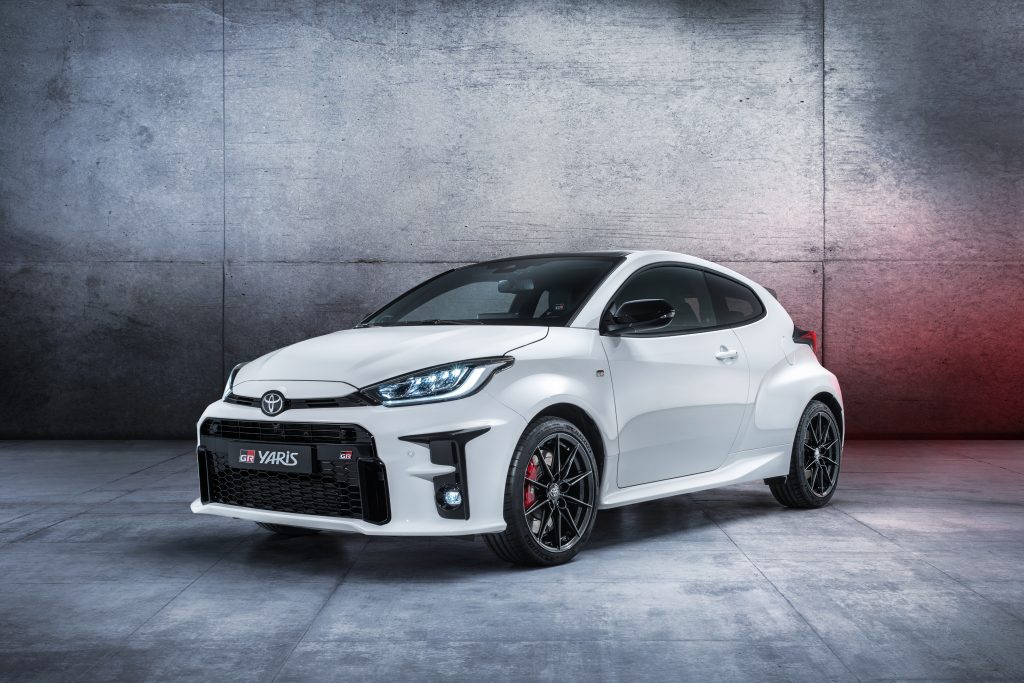 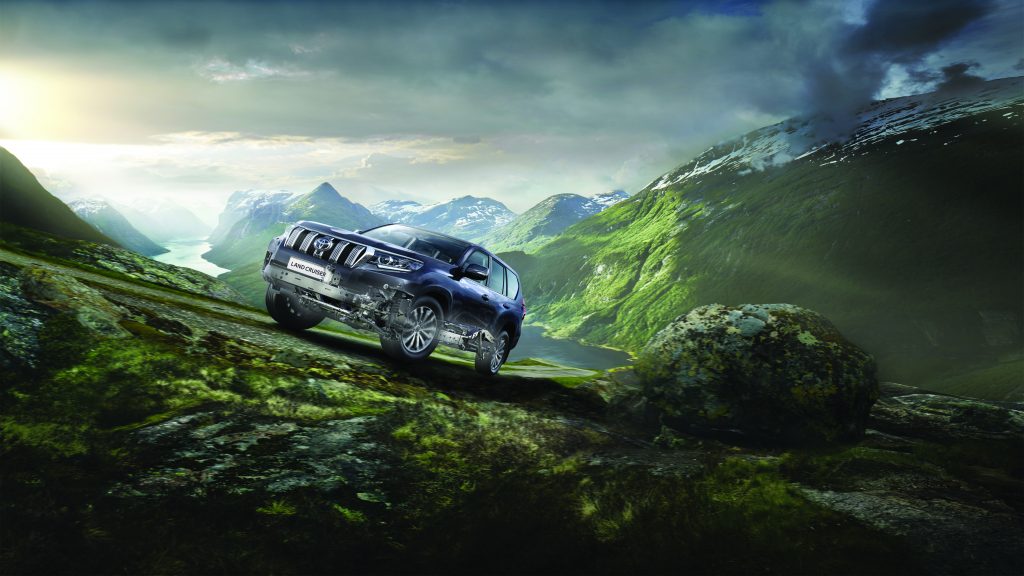 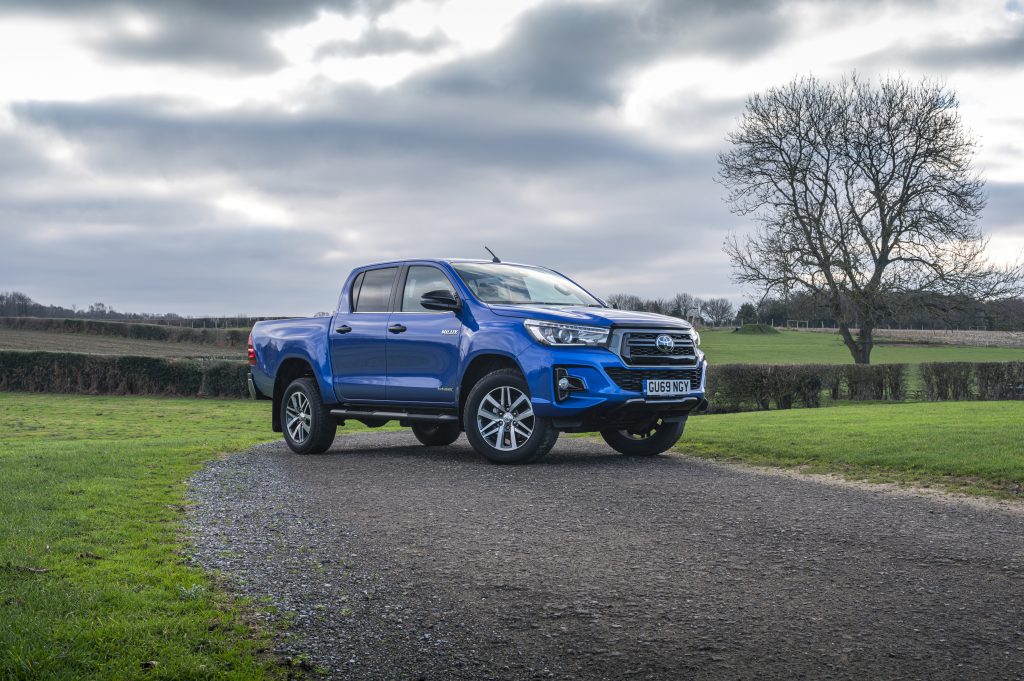 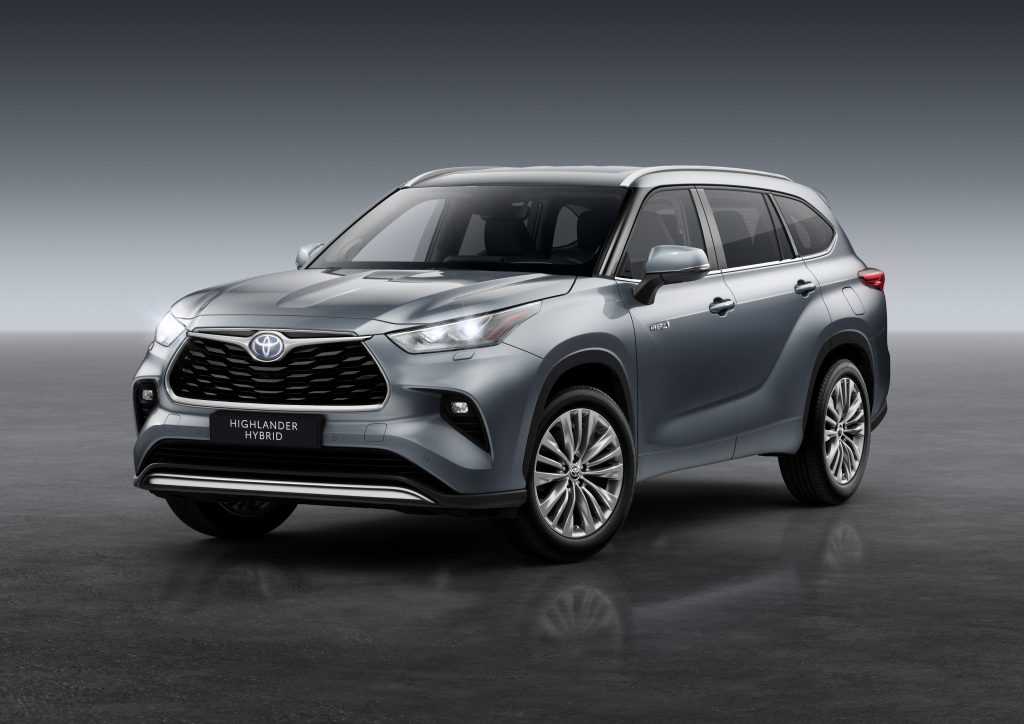 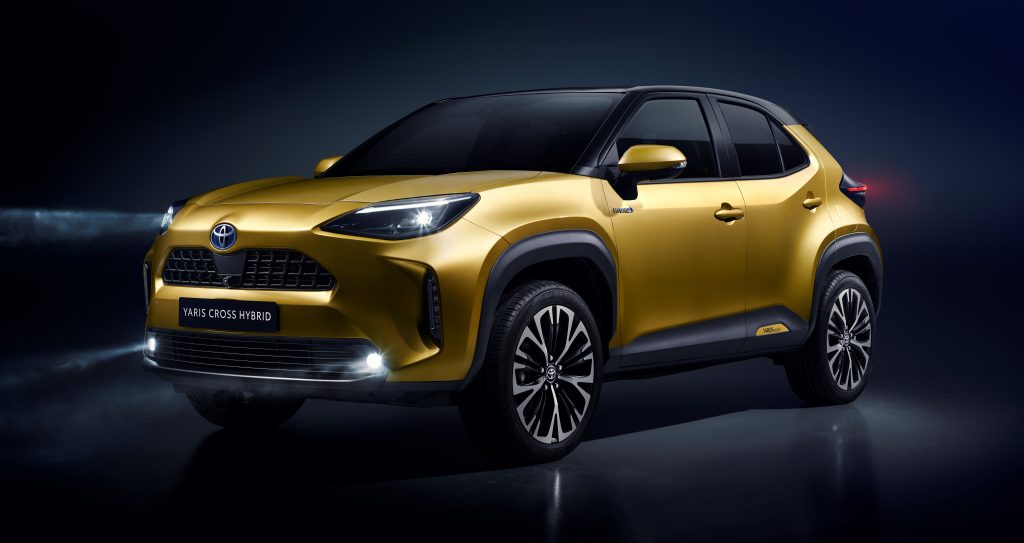 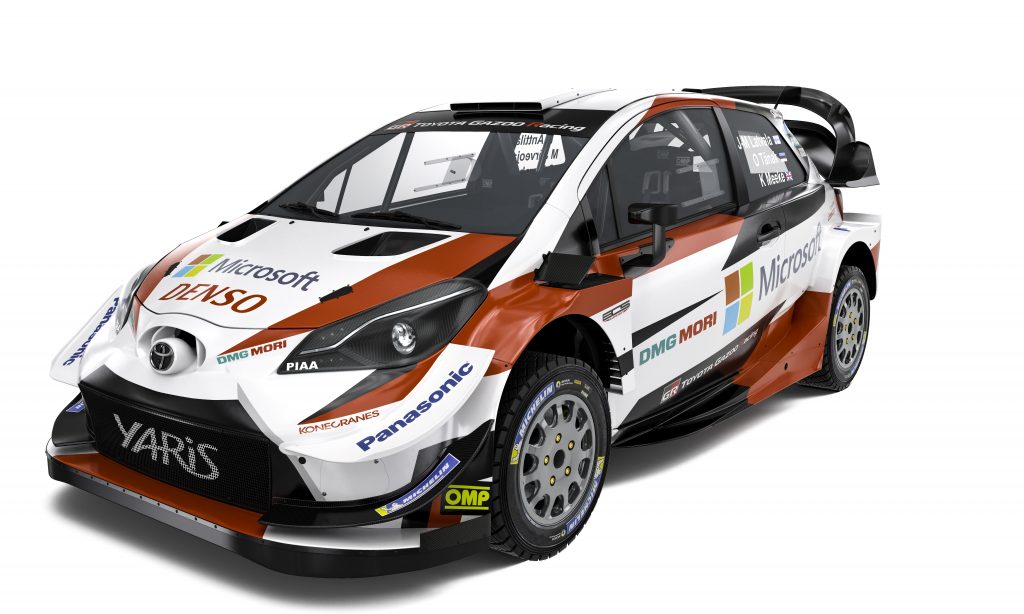 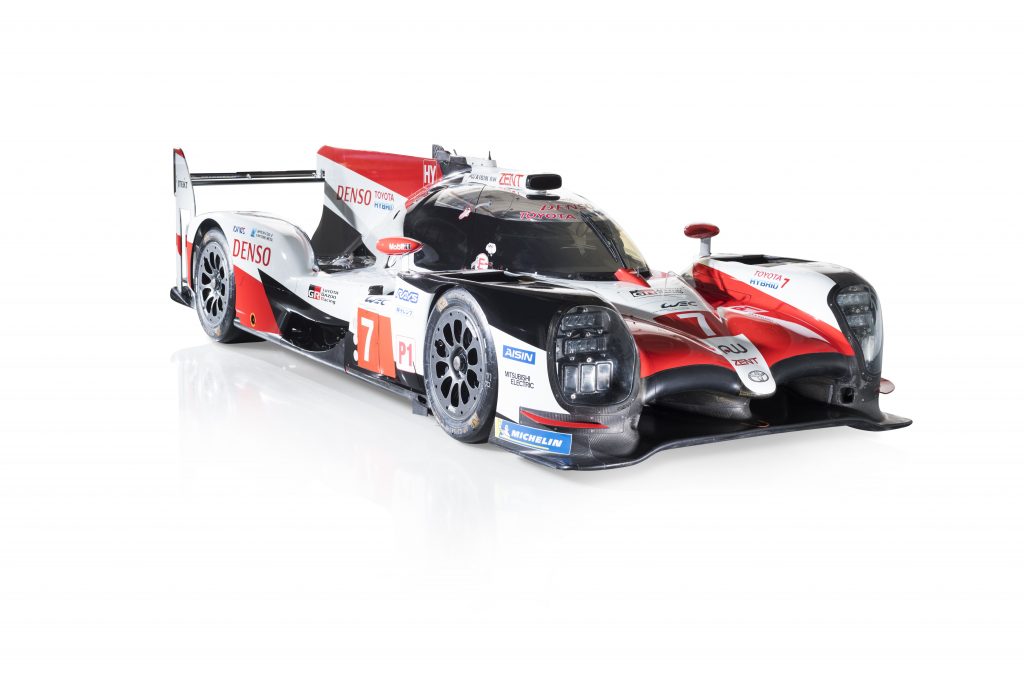 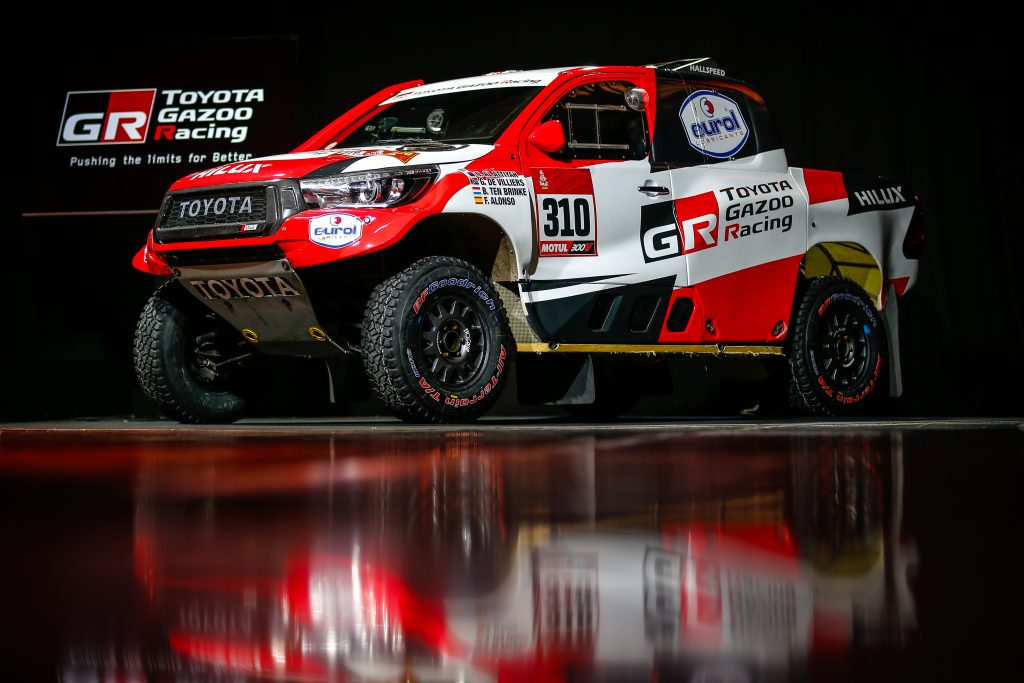 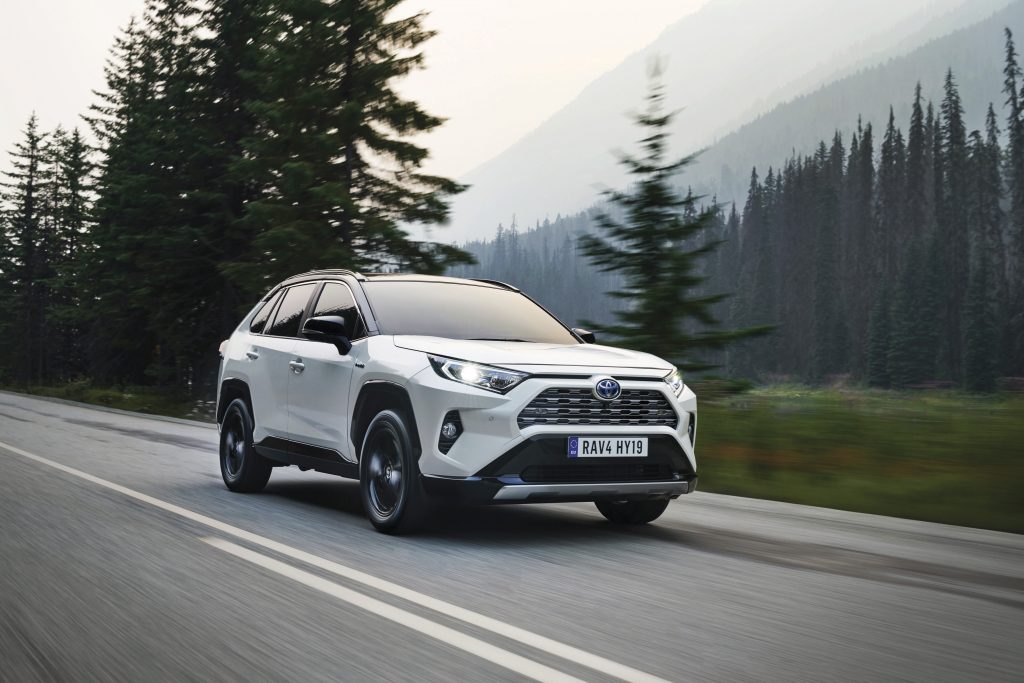 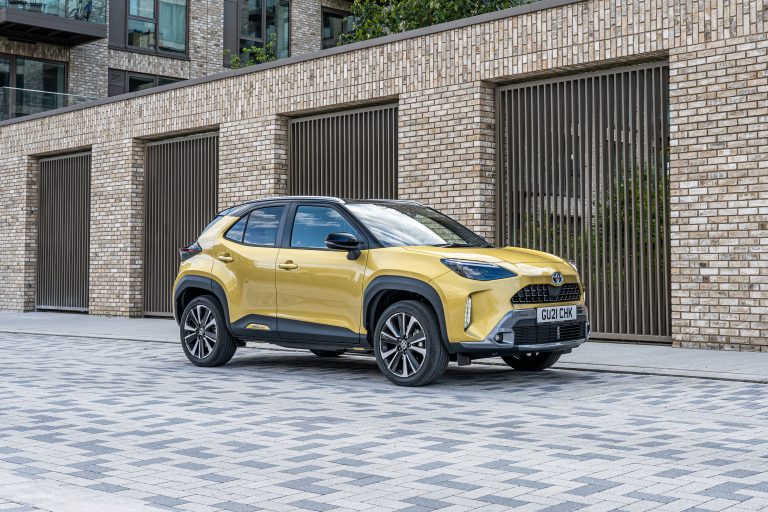 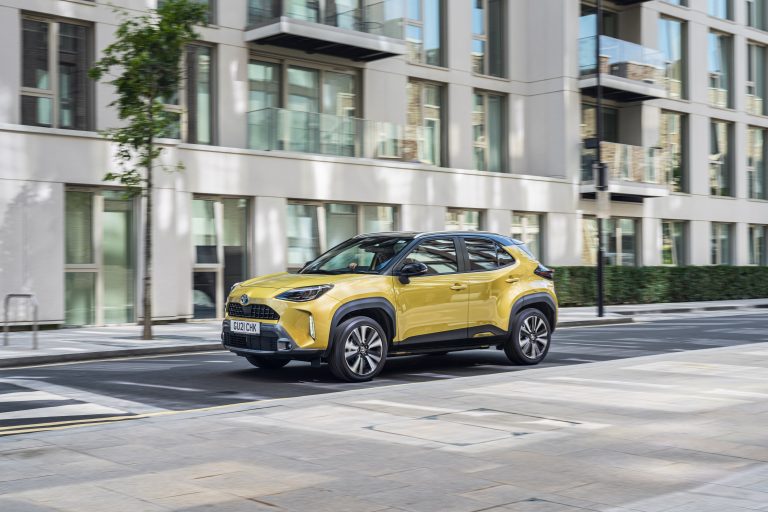 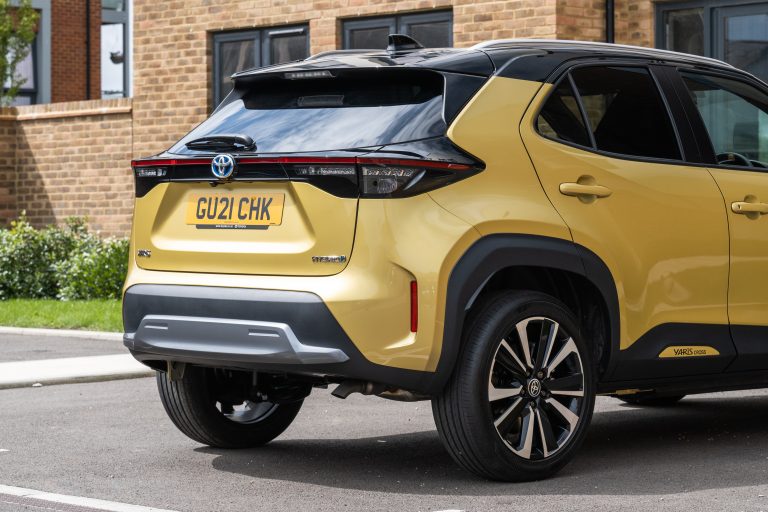 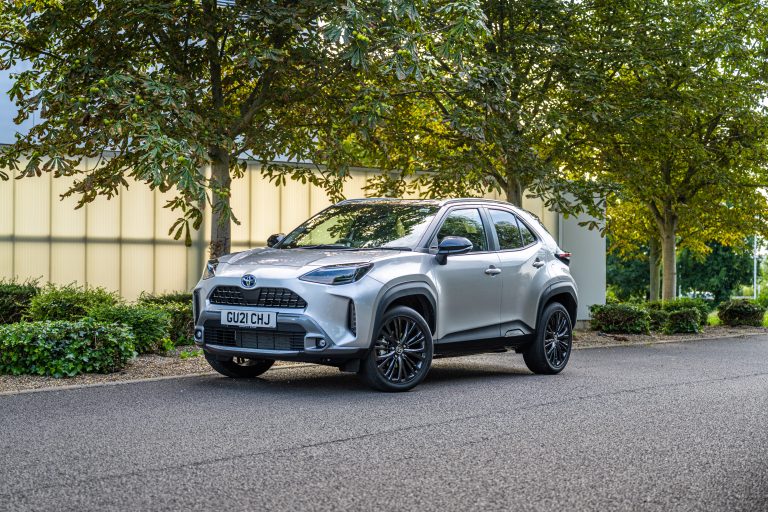 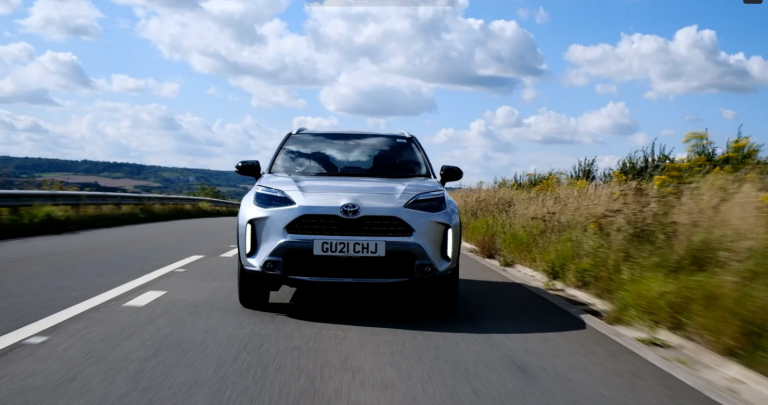 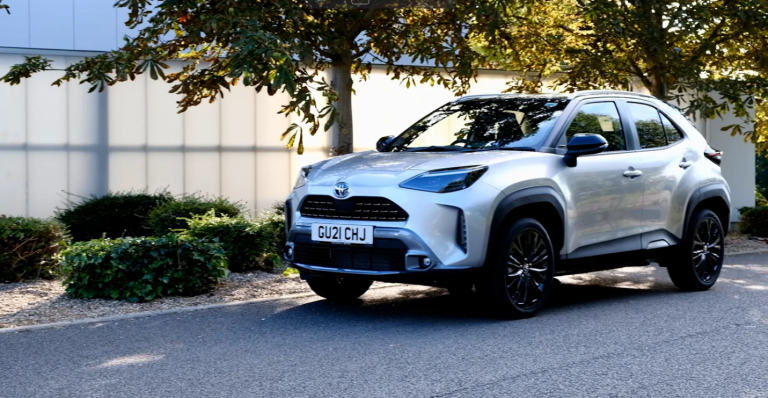 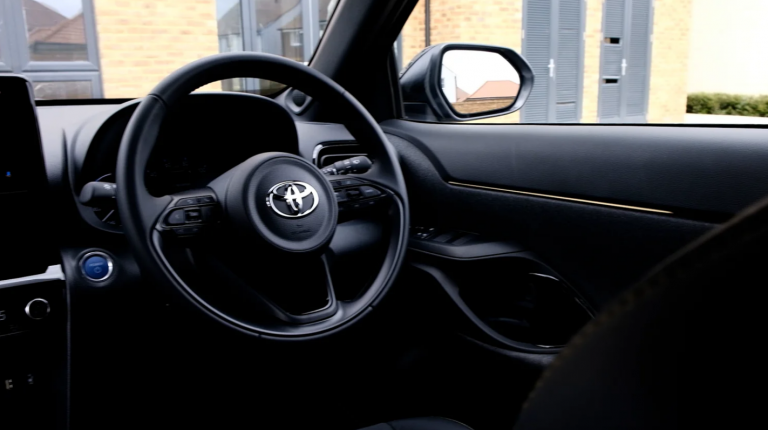 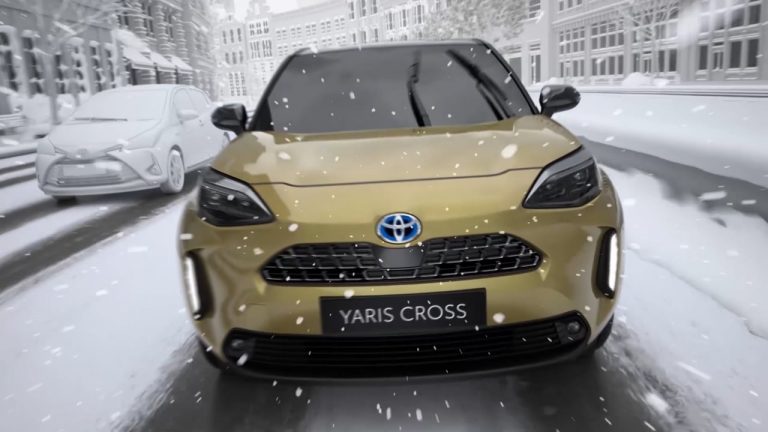