Toyota celebrated its 100th World Championship sportscar race with a flawless one-two victory for its new GR010 Hybrid Hypercar in the 8 Hours of Portimao in Portugal yesterday (13 June).

After missing pole position on Saturday, Toyota Gazoo Racing responded in style to win the second round of the 2021 FIA World Endurance Championship (WEC) and earn its 32nd victory from 100 races in the series.

Sébastien Buemi, Kazuki Nakajima and Brendon Hartley, in the No8 GR010 Hybrid, won a race-long battle with their team-mates to take victory by 1.8secs from world champions Mike Conway, Kamui Kobayashi and José María López in the No7 car.

With a second win from two races in 2021, following victory in the season-opening 6 Hours of Spa-Francorchamps, Toyota Gazoo Racing have extended their teams’ World Championship lead to 22 points. In the drivers’ standings, the No8 crew holds a 20-point advantage over No7 with four races remaining.

Following an exciting Hypercar battle at Spa last month, WEC’s first visit to Portugal witnessed another close battle. Every second counted from the moment Buemi took the start behind the pole position Alpine, with López starting in third.

Only 10 seconds separated the top three at the first fuel stops. Buemi then briefly lead when the No36 Alpine made an earlier stop, due to its smaller fuel tank.

When Conway and Hartley took over their respective cars at the first driver changes, shortly before the two-hour mark, a close race developed at the front. After 75 laps, only 10 seconds separated the top three, led by the Alpine from the No7 and No8 Toyotas.

Early in his stint, Hartley was delayed behind an LMP2 car, costing the No8 car second place. Conway was able to pass but during the next fuel stops, while Hartley reclaimed the advantage by pitting a lap earlier, only to lose out again to his team-mate in heavy traffic.

As half distance approached, Kobayashi and Nakajima took over driving duties with a full pit stop advantage over the Alpine, the No7 car holding a 10-second lead.

The team appeared to have the race under control until a safety car session closed up the field and brought the Alpine back into contention.

When racing resumed with two-and-a-half hours remaining, the Alpine soon took second from Nakajima and pressured leader Kobayashi before pitting. The GR010 Hybrids responded and rebuilt their advantage, with López in the lead after the next stops, ahead of Buemi, who was saving fuel.

A full course caution period slowed the race with 30 minutes to go during which López pitted for a short fuel stop. He returned to the track just three seconds behind Buemi, setting up a tense finish. When López closed up to the No8 car, team policy allowed him to take the lead and pull away, but as. Buemi was able to keep pace directly behind,  José was asked to reverse the order as per protocol.

Buemi therefore crossed the line to take the No8 GR010 Hybrid’s second win of the season and maintain its 100 per cent winning record, ahead of López and the No36 Alpine. The Hypercar battle will resume in Monza, Italy on 18 July.

Hisatake Murata, Team President : “A one-two victory is the perfect way to celebrate our 100th World Championship race. Thank you to the drivers, engineers and mechanics for doing a great job. We had to fight for this win; it was exciting to see the top three Hypercars battling for every tenth of a second. There was no room for mistakes from anyone; I was pleased to see us work as one team, giving our maximum without error. Well done to Alpine as well, who followed up their impressive qualifying with a big challenge in the race. We enjoyed competing against Glickenhaus for the first time as well and we look forward to the battles to come. The Hypercar class is really coming to life and I expect the fans can enjoy many close fights in the next races. After all our testing at Portimao, this was actually the first WEC race in Portugal. Thanks to everyone there for making the teams welcome and delivering a safe event. Now we look forward to Monza, where we won our first World Championship race in 1992. We hope to put on another good race and repeat that result.”

Mike Conway (GR010 Hybrid No7): “I think we all drove really well today. It could have gone a few different ways depending on race circumstances. Car No8 did a good fuel saving at the start of the race and went a little longer than us; they did well to open up their strategy. When the full course yellow came at the end that allowed us to take our fuel stop and lose less time than normal, which was a lucky break. I thought our car was a tiny bit quicker all day but that’s the way it works out sometimes, unfortunately. It’s a one-two for the team which is the priority.”

Kamui Kobayashi (GR010 Hybrid No7): “My stints were good and we had good pace. It was tough in the traffic and I got a bit aggressive on the pit lane entry for my fuel stop which gave the team a scare but luckily I managed to slow down in time. We had been struggling a bit in practice and worked hard to find the pace in the race, so I am happy with the speed we showed today. It was a pity that we needed the splash of fuel in the final minutes because this is what lost us the race in the end. The team did a great job and our car crew performed really well. Although we weren’t able to win the race, a one-two for the team is a good result.”

José María López (GR010 Hybrid No7): “Eight hours here with the traffic is a tough race and I did over four hours in the car, so it was a hard day. I am happy with the job that we did as a team to get the one-two. We didn’t have the one-lap pace this week because the Alpine was quicker, but with teamwork and efficiency we bounced back and took an important result for the team. On our car I am very happy with the job of the engineers, pit crew, Mike, Kamui and myself. We were leading comfortably before the safety car, but that changed things. We had the pace today, but it wasn’t to be.”

Sébastien Buemi (GR010 Hybrid No8): “I am thrilled that we managed to win the race today after a big fight. We were on a different strategy to car No7 and that made the difference. From the first stint onwards, I was able to do a lap longer and still be in the fight. When the safety car came out, that helped us to avoid the splash of fuel later in the race and this was a key moment. I was trying to stretch the fuel and stay on the pace. Then we were unlucky with the full course yellow because otherwise car No7 would have been further behind after the splash, but that’s racing sometimes.”

Kazuki Nakajima (GR010 Hybrid No8): “As our 100th race in the World Championship it is great to finish with a one-two. It was a very tight race; everyone pushed as hard as possible and neither car could do more to get the win. Congratulations to the team for this one-two. It is always nice to win the race after such a big effort. It is too early to speak about the World Championship but it’s nice to have a small advantage. I am happy with the result and the team performance.”

Brendon Hartley (GR010 Hybrid No8): “We definitely had to work for this win. Traffic played a big part. The LMP2 cars were very difficult to pass – we needed them to help us out, which they generally did. I think we played a really nice strategic race because we could keep up the pace despite the longer stints. It was a nice team effort. Even with all those different strategies, you saw the two cars were separated by nothing in the last 20mins. We fought the whole way with No7 but in the end only one car can win, and it was a one-two which is great for Toyota Gazoo Racing.” 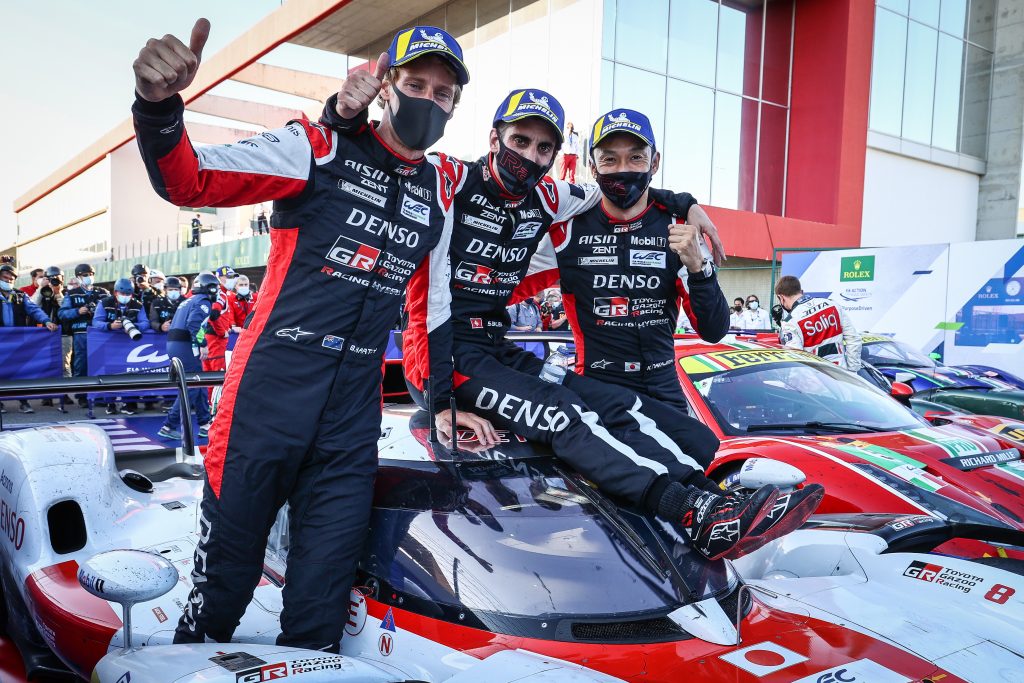 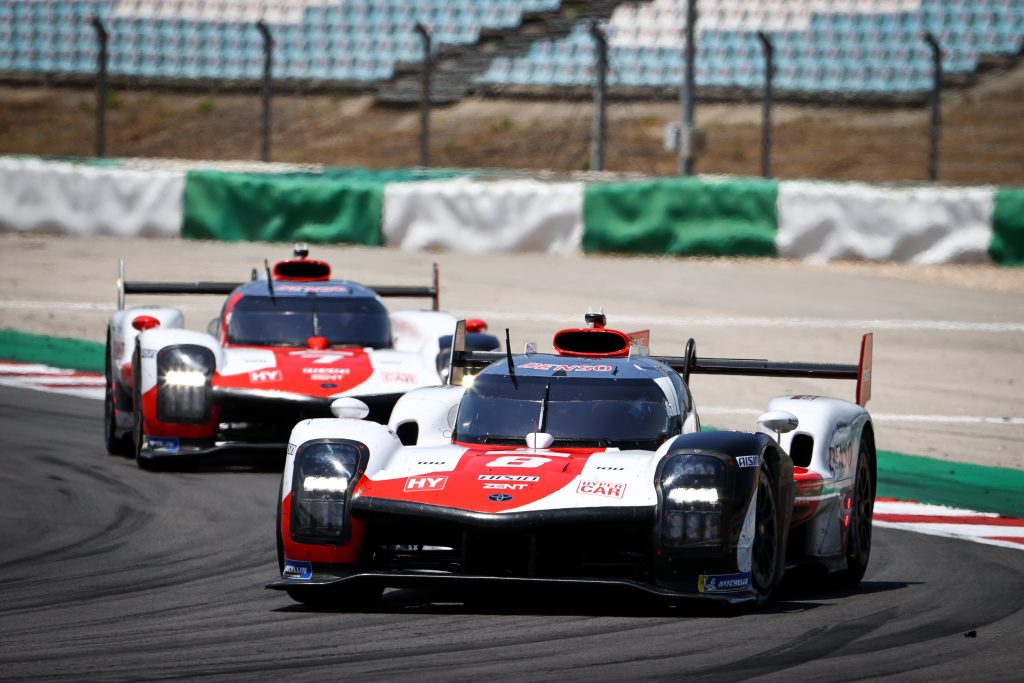 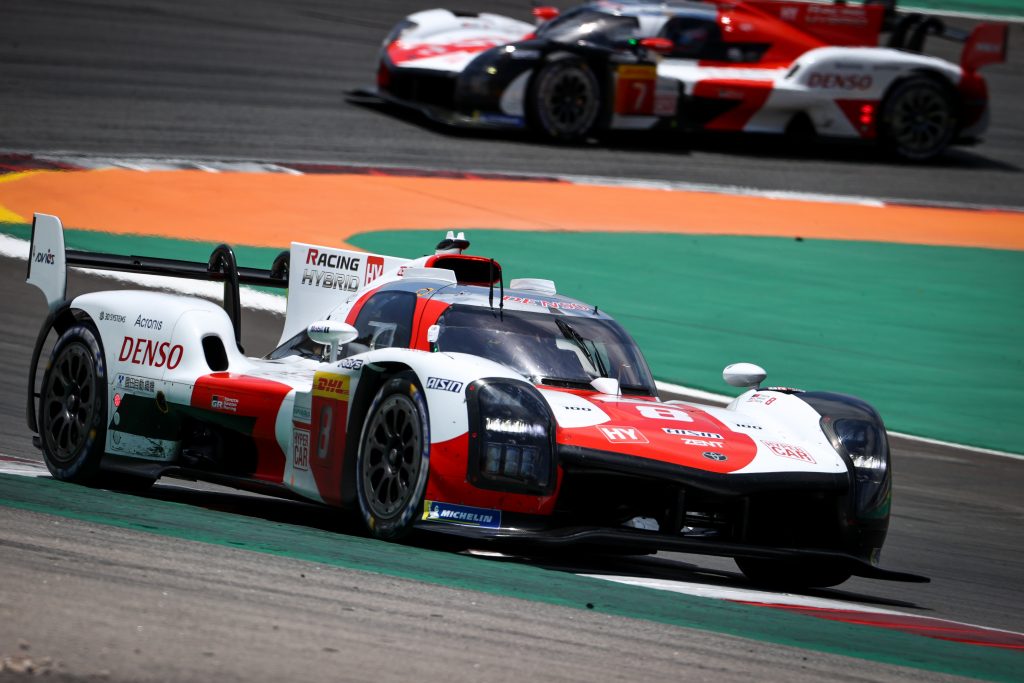 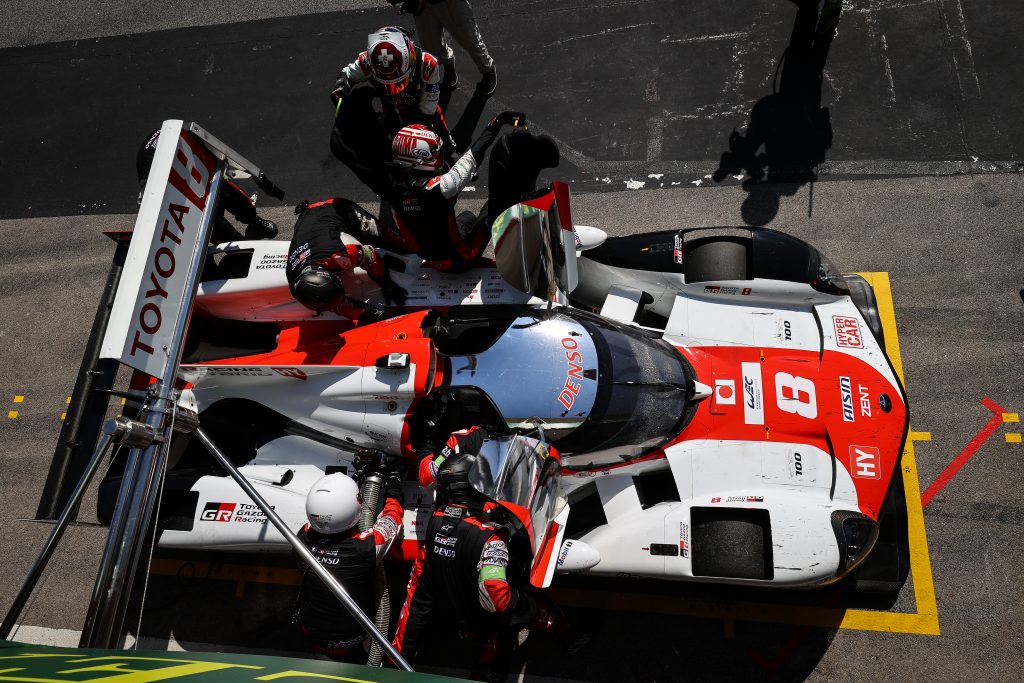 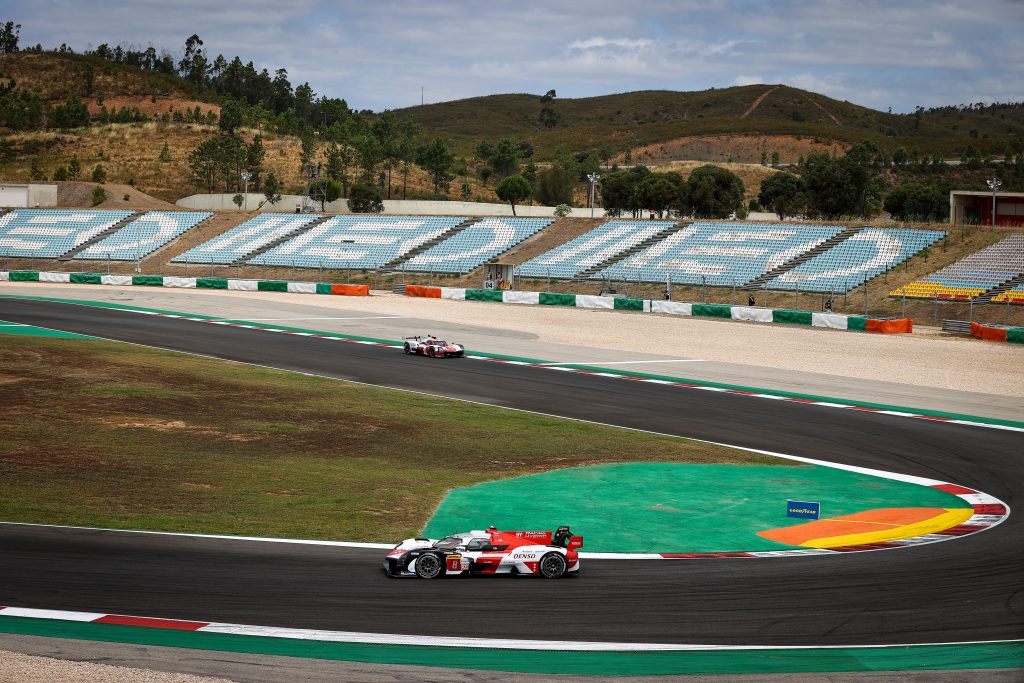 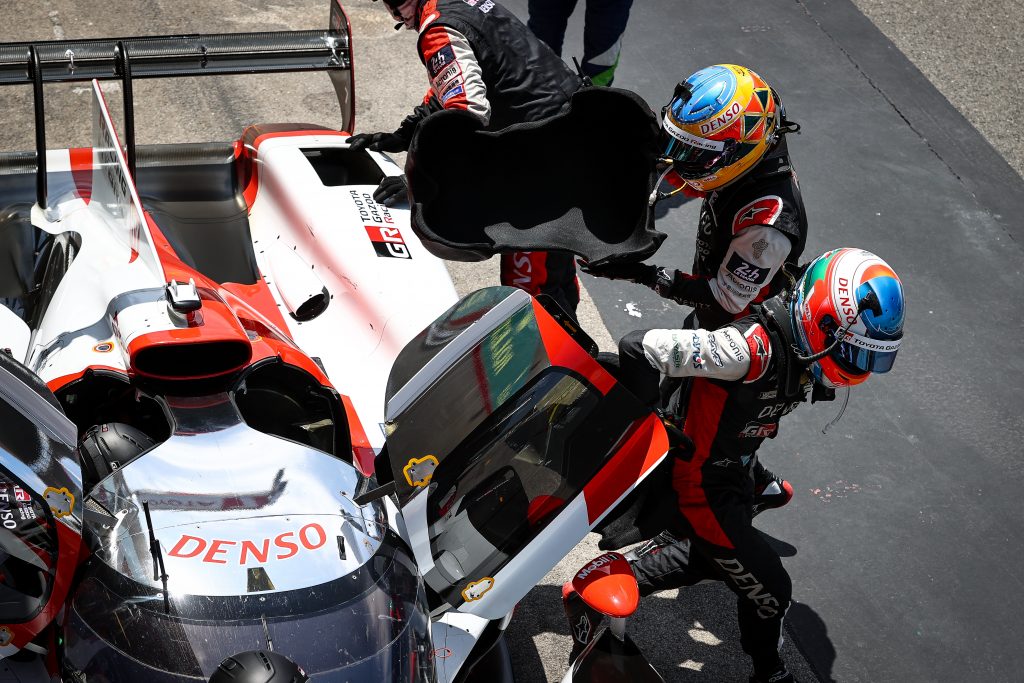