Home » Toyota Defines the Future of Mobility with Concept-i Series

Toyota has released outline details of a new Concept-i series of vehicles that use artificial intelligence (AI) to understand their drivers, allowing people and cars to become partners who can learn and develop with each other. This vision for future mobility will be revealed at the Tokyo motor show (25 October to 5 November) with three Toyota Concept-i models designed to meet different personal transport needs.

The four-wheel Toyota Concept-i presented in January this year at the International Consumer Electric Show will be joined by Concept-i RIDE, a universal small mobility vehicle suitable for all, including wheelchair users and elderly people, and Concept-i WALK, a “walking area” vehicle, designed for safe use on pavements among pedestrians. The three models will appear under the banner Let’s move the world from here – Beyond the Motor.

Historically Toyota has sought to capture the freedom and joy of mobility in the vehicles it makes, the kind of cars that might be described by Japanese owners as “beloved”. The Toyota Concept-i series has been conceived as “beloved cars” for a new era, guided by the principle of being “more than a machine, a partner”.

The core technology for the Toyota Concept-i series is one that understands people (Learn), applying AI to recognise human emotions and estimate what the driver’s preferences will be. This combines with automated driving systems to provide safety and peace of mind (Protect). It will also be possible to advance the technology to the point where a driver’s feelings can be anticipated, helping provide new dimensions of driving pleasure (Inspire).

Concept-i gauges the driver’s alertness and emotional state using a complex reading and interpretation of their expressions, actions and tone of voice. It compares general information, such as news bulletins on the web, with information on individuals, such as their social media activity, GPS information and conversation history in the car, estimating their preferences based on topics that re-occur.

The technology that understands people (Learn) uses deep learning, such as measuring emotions and estimating preferences. Based on this, the Toyota Concept-i series achieves innovation value in areas of safety and security (Protect) and fun-to-drive experiences (Inspire).

Safety and peace of mind (Protect)

As well as taking into account the car’s external conditions, Concept-i uses technology that understands people to estimate the driver’s personal state, and monitors the reliability of both driver and car. For example, if the car’s reliability is high and support is deemed necessary, such as when the driver is in a dangerous or highly stressed state, Concept-i switches to automated driving. Operation is based on Toyota’s Mobility Teammate Concept for automated driving, which is designed to both watch over and assist drivers as required.

It also provides support by stimulating the senses, including sight, touch and smell, according to the driver’s mood, and levels of alertness and fatigue. This can help drivers feel more relaxed and combat drowsiness.

Concept-i can engage in conversations based on its understanding of the driver’s mood and preferences. The car suggests topics of interest, creating a new style of two-way, free conversation. It can also create an “emotion map,” periodically charting the driver’s emotional state and GPS information. Using the information it gathers on individual emotions as big data, the Concept-i series can suggest new, enjoyable routes as slight detours from planned journeys.

The vehicle has a forward-projecting, futuristic silhouette and a simple, open interior. Starting from the Agent at the centre of the instrument panel, the design theme flows from the inside out, with seamless styling that connects the design of the instrument panel to the exterior bodywork. It provides a new user experience through intuitive HMI interaction with the Agent, using a 3D head-up display.

Toyota plans to be road-testing some of the concept car’s functions by around 2020.

The Concept-i RIDE has gull-wing doors to provide easy access and an electric seat that slides to the entrance to that people who might feel uneasy moving between their wheelchair and the car can make the transfer with ease. The opening/closing of the doors accommodates loading and unloading of the wheelchair, which can be easily stored in the rear thanks to the seat design.

The vehicle is controlled using a joystick instead of a steering wheel and accelerator and brake pedals, and its compact dimensions make it easy to navigate in and out of single-car parking spaces. The emphasis has been placed on ease-of-use when driving, stopping or parking.

The AI Agent, a feature of all the Concept-i series vehicles, is positioned on a large display in the instrument panel. It actively presents information to support and enhance journeys, such as details of facilities with access provisions for disabled people.

Safety and peace of mind

The driver’s is positioned centrally when the vehicle is being driven. Assistance functions such as automated/automated valet parking are provided so that anyone, not only wheelchair users (elderly people, for example) can drive safely and with peace of mind.

Toyota envisions the Concept-i RIDE being used for vehicle sharing schemes, giving more people the chance to enjoy the freedom of mobility – something that is currently accessible mainly through individual vehicle ownership.

Safe driving on pavements and in pedestrianised areas

The Concept-i WALK can rotate on the spot, is shorter than an average stride and narrower than a person’s shoulder width. On the street it, takes up about the same space as a walking pedestrian. It also understands its driver, based on conversations with the AI Agent and data obtained from sensors in the handles, and can guide the user safely should the situation demand. If the vehicle sense danger while in motion, it will warn the driver and automatically take avoiding measures. The three wheels and the change in wheelbase according to vehicle speed ensure stability when driving and stopping.

Easy for anyone to use

The steering function means that Concept-i WALK riders don’t have to shift their body weight to negotiate bends and turns. The low floor makes it easy for people to get on and off, with no restriction of age, gender or even clothing.

Again, Toyota anticipates the vehicle will be suitable for shared services. The aim is to provide a vehicle for short distance mobility, co-ordinated with other transport facilities at leisure spots and other popular outdoor locations.

Toyota Defines the Future of Mobility with Concept-i Series 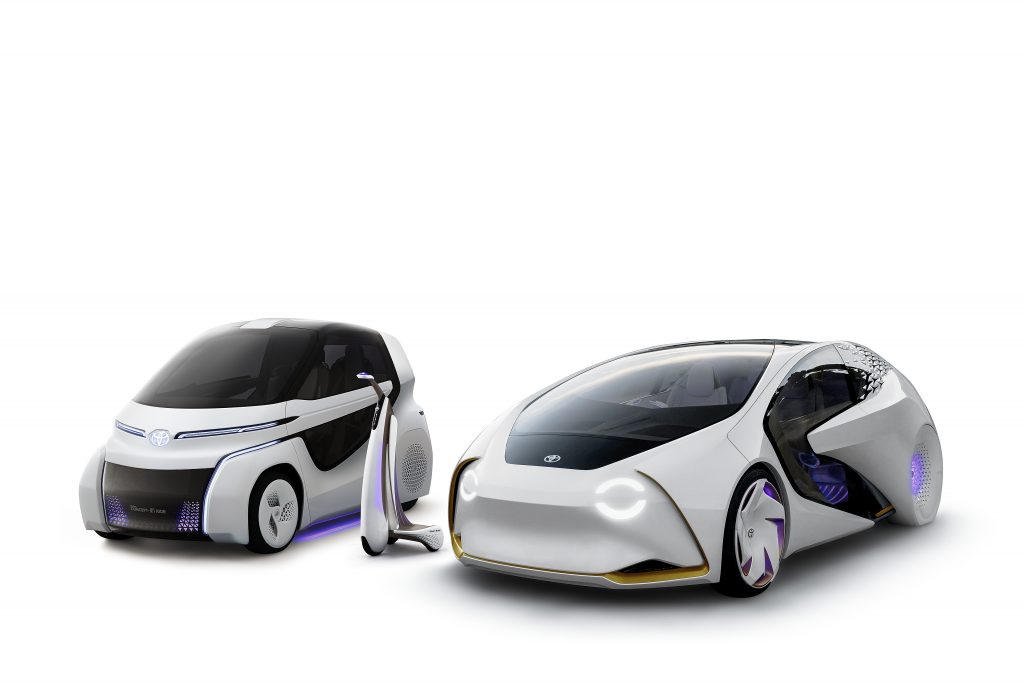 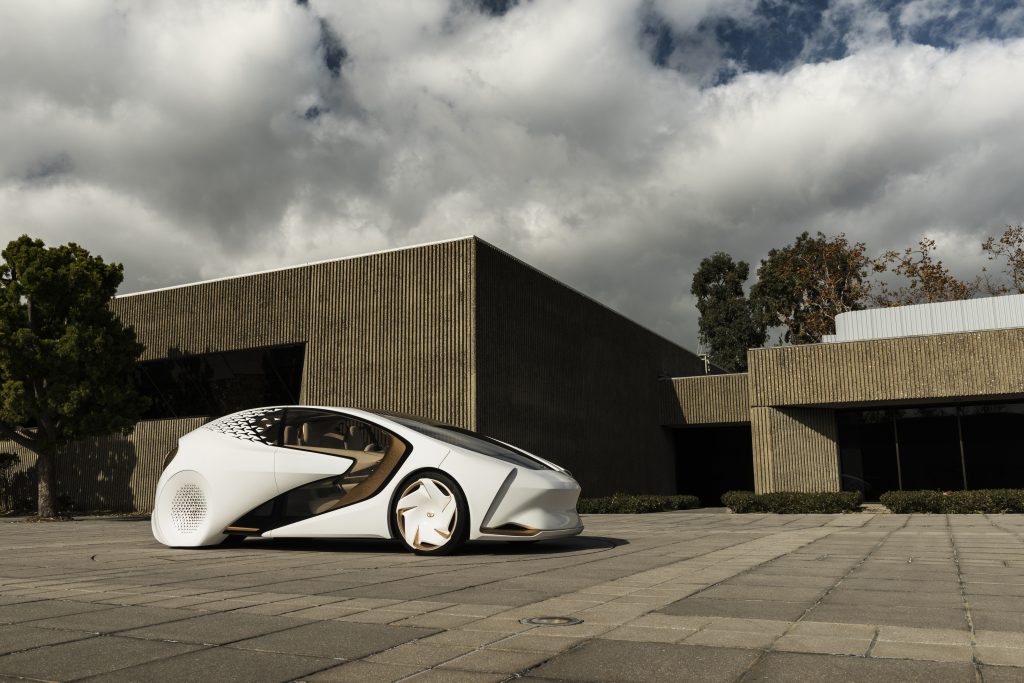 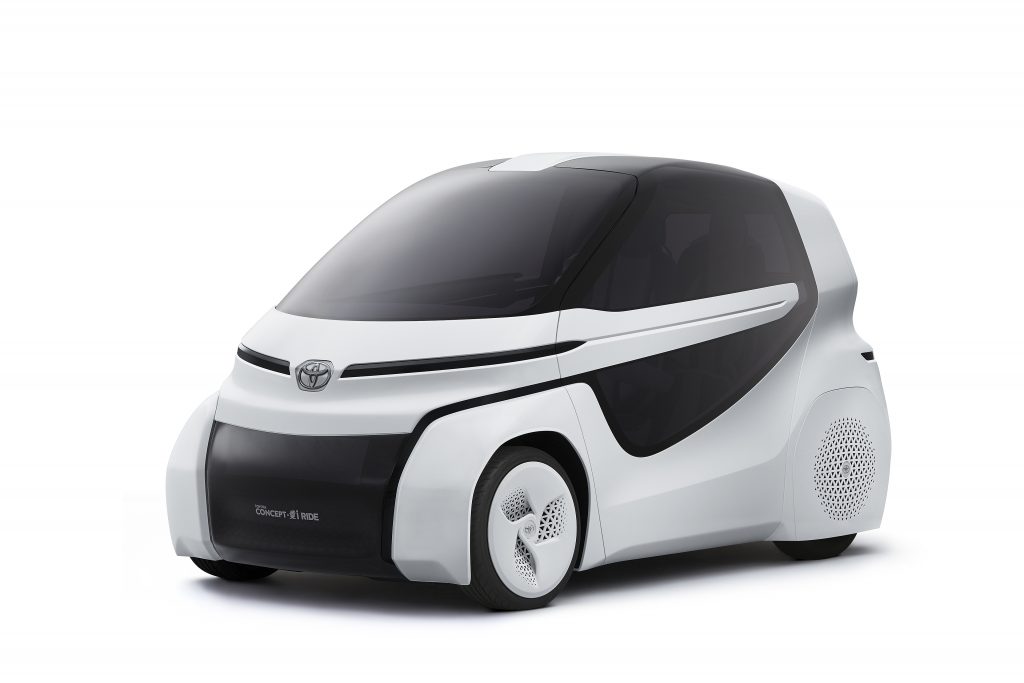 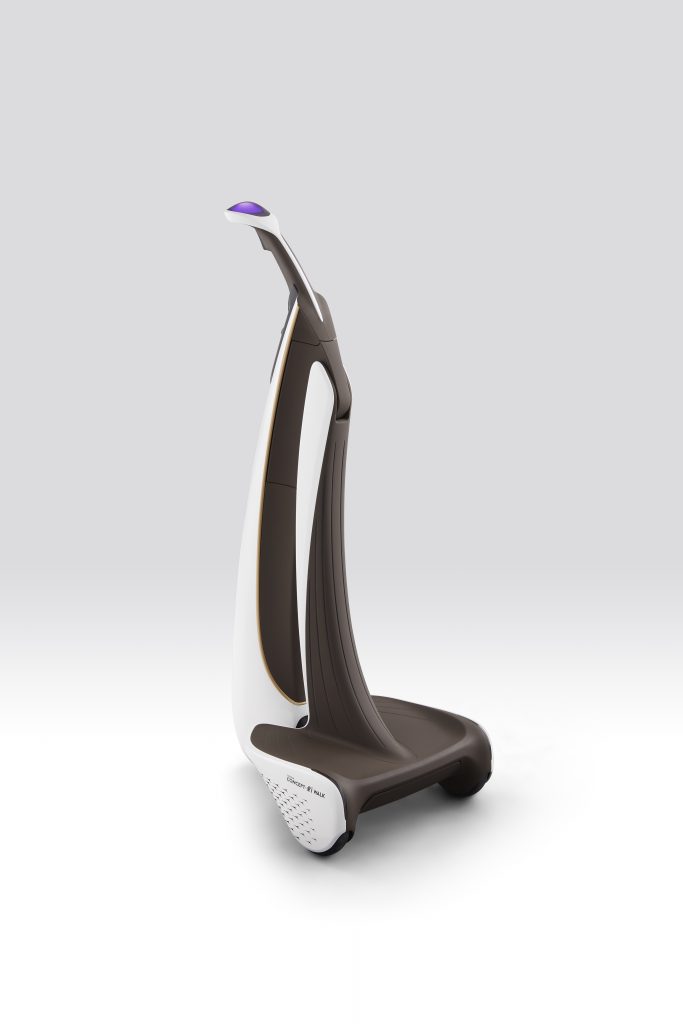 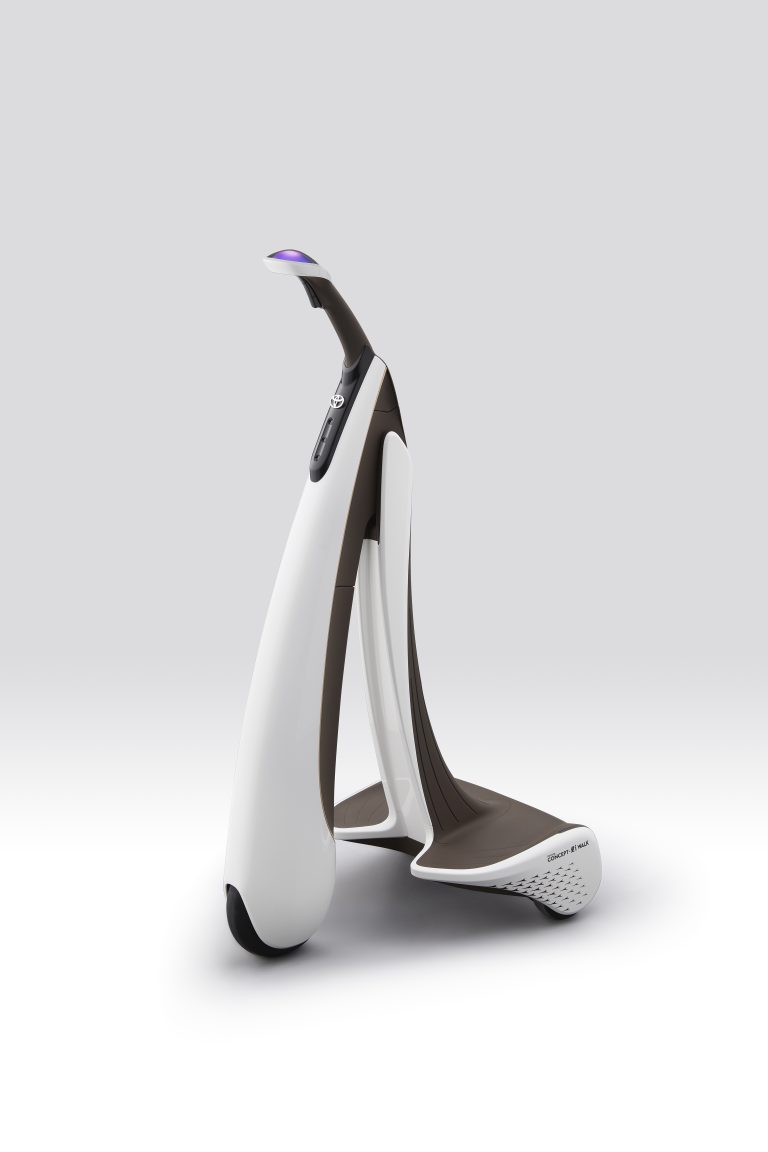