Toyota Gazoo Racing aim to defend their crown and make Hypercar history in the 89th running of the Le Mans 24 Hours next week.

Following a hat-trick of Le Mans victories with the TS050 Hybrid, this year the team are competing with the new GR010 Hypercar for the first time and are determined to extend their winning run.

Reigning World Champions Mike Conway, Kamui Kobayashi and José María López in No7 car have endured heartbreak at the race in recent years, with mechanical issues denying them victory despite dominant performances in 2019 and 2020. They go into the biggest race of the 2021 FIA World Endurance Championship on the back of first place in the 6 Hours of Monza in July.

Sébastien Buemi and Kazuki Nakajima by contrast have enjoyed a remarkable run, winning at Le Mans for the past three years – last year alongside Brendon Hartley. The No8 car trio lead the driver’s standings following wins earlier this season in the 6 Hours of Spa-Francorchamps and the 8 Hours of Portimao.

With double championship points on offer, Le Mans is significant in the battle for world titles. Toyota Gazoo Racing hold a 30-point advantage over Alpine following three of the season’s six WEC races, while the No8 crew lead the drivers’ standings by just six points from their No7 team-mates.

This will be the 10th time Toyota has competed in the 24-hour race with a hybrid-powered car. Its record to date is three wins, five pole positions and nine appearances on the podium.

This year it faces Hypercar competition from two Scuderia Cameron Glickenhaus cars and Alpine, which is taking part with a revised LMP1 car. The principal challenge will be from the gruelling nature of the event, however. In the course of 24 hours’ racing there will be around 25,000 gear changes, 4,000km driven at full throttle and more than two million wheel rotations.

Preparations began in October 2020 when the GR010 Hybrid was tested for the first time. Since then, eight further test sessions have been used to optimise the car’s performance and reliability, together with three WEC races. The final step will be the single official Le Mans test day this Sunday (15 August).

Two days of intense preparation lead into five hours of practice and a qualifying session next Wednesday, followed by fiver further hours of practice on Thursday, either side of the 30-minute Hyperpole session when Toyota Gazoo Racing will challenge for a fifth consecutive first place on the starting grid.

The race will begin at 4pm local time (3pm BST) in front of a reduced capacity crowd of 50,000 fans.

Quotes from the team

Hisatake Murata, Team President: “It is always a great honour to participate at Le Mans and we are proud to return as three-time winners. We are putting all our effort into extending that winning run by becoming the first Hypercar Le Mans winners. The engineers and mechanics have been working closely with the drivers to fine-tune the car, always with the target of being strong in Le Mans. It will not be an easy task because we face a tough fight with our Hypercar competitors, and the GR010 HYBRID will participate at Le Mans for the first time, which is always a technical challenge. I am happy to welcome fans back to the circuit, particularly for this race where they create such a special atmosphere. Thank you to the ACO for working so hard to make this happen. I am sure this will be a Le Mans to remember for everyone.”

Mike Conway (GR010 Hybrid No7): “All the hard work during the year is for this race so I can’t wait to get in the car and drive. Le Mans is a sprint race nowadays; we have to race as hard as we can for the complete 24 hours and control the race where possible. We know from experience that there are many factors which can come into play, and we’ve been unlucky in the past on the No7 car. But that doesn’t change how we approach Le Mans as drivers. We will get our heads down and do all the preparation to be ready for the race, as we did in the past few years. Then we hope Le Mans is kind to us and we can finally get the win.”

Kamui Kobayashi (GR010 Hybrid No7): “I look forward to Le Mans every year; it is the highlight of the season and the motivation for all our effort. It’s a great experience to drive at here, particularly in qualifying when you have new tyres and low fuel. I have achieved the pole position three times but the big target is to win the race. We have been so strong in the past few years but always something happened and we couldn’t get to the end without trouble. So we need to avoid any issues this year and keep pushing for a perfect race. We are all staying focused and optimistic.”

José María López (GR010 Hybrid No7): “We become stronger thanks to difficult moments and I believe that is the case for car No7 at Le Mans. Now we don’t think about what has happened in the past; we look forward and try to always improve, as a team and as drivers. It is like a family with Mike, Kamui and me, as well as our engineers and mechanics, and we all have the same target: to win Le Mans. As a team I believe we are stronger than ever and we know what we need to do. It is never easy at Le Mans and for sure this year will be a hard one, but we will give maximum effort.”

Sébastien Buemi (GR010 Hybrid No8): “Le Mans is a special place and a special race for me. It’s a part of my family and I remember hearing about my grandfather racing here in the 1960s. I remember visiting the Geneva Motor Show as a kid and getting my photo taken next to the Toyota TS020. Back then I could never imagine being here as a three-time winner. I am thankful to have the opportunity to fight for another victory but I know it will be a big challenge, with a new car and strong competitors. We know what it takes to win so we have to stick to our plan and make sure we avoid mistakes. Then we will see where we are on Sunday.”

Kazuki Nakajima (GR010 Hybrid No8): “The atmosphere at Le Mans is incredible. When I raced here for the first time in 2012 I was amazed by the sound and the passion of the fans. We really missed that last year so I am very pleased that we will see spectators back again. This is the most challenging race in the world and, as we all know from experience, anything can happen. We are all pushing hard for the GR010 Hybrid to be the first Hypercar winner; we will be fully focused on our job and hoping that luck is on our side. We can take nothing for granted but we will give everything to be in the centre of the podium again.”

Brendon Hartley (GR010 Hybrid No8): “I fell in love with Le Mans from my first visit, which was a bit of a surprise to be honest. The atmosphere is incredible and I really enjoy the team element, everyone working together towards that one goal. All the mechanics and engineers make a super-human effort, the drivers all work together and share information. We have to work as one big team to be successful and that’s what we’ve been doing to get our GR010 Hybrid ready for the biggest challenge. We all come to Le Mans dreaming of victory but there is a lot of hard work over the next days to give ourselves the best chance.”

Note to editors: Rights-free video material and photography of TOYOTA GAZOO Racing’s motorsport projects can be found at https://www.tgr-dam.com. 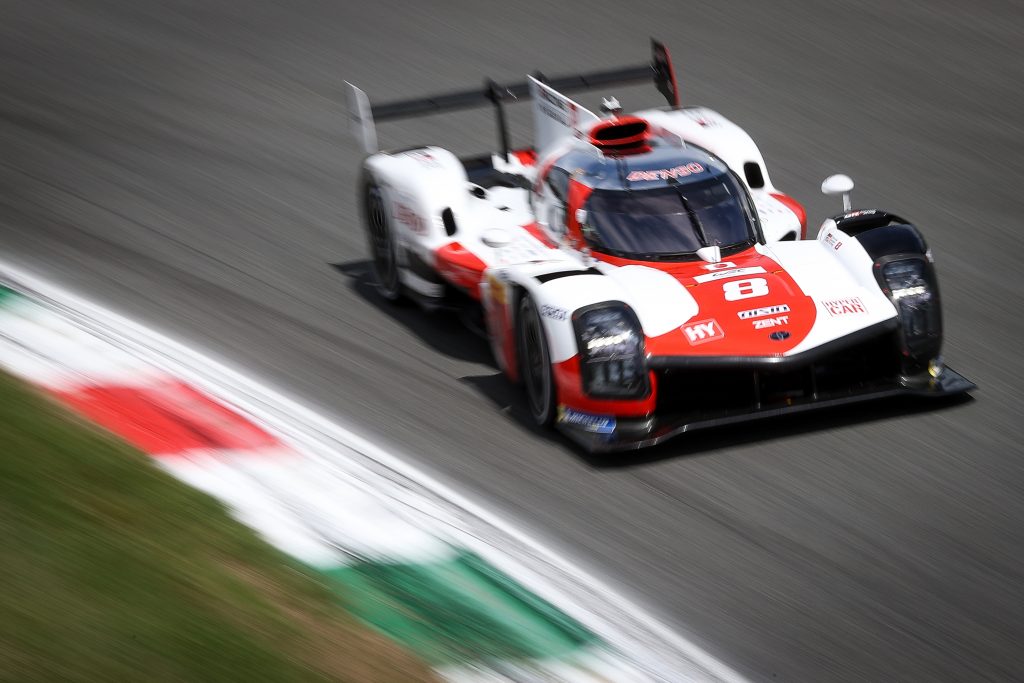 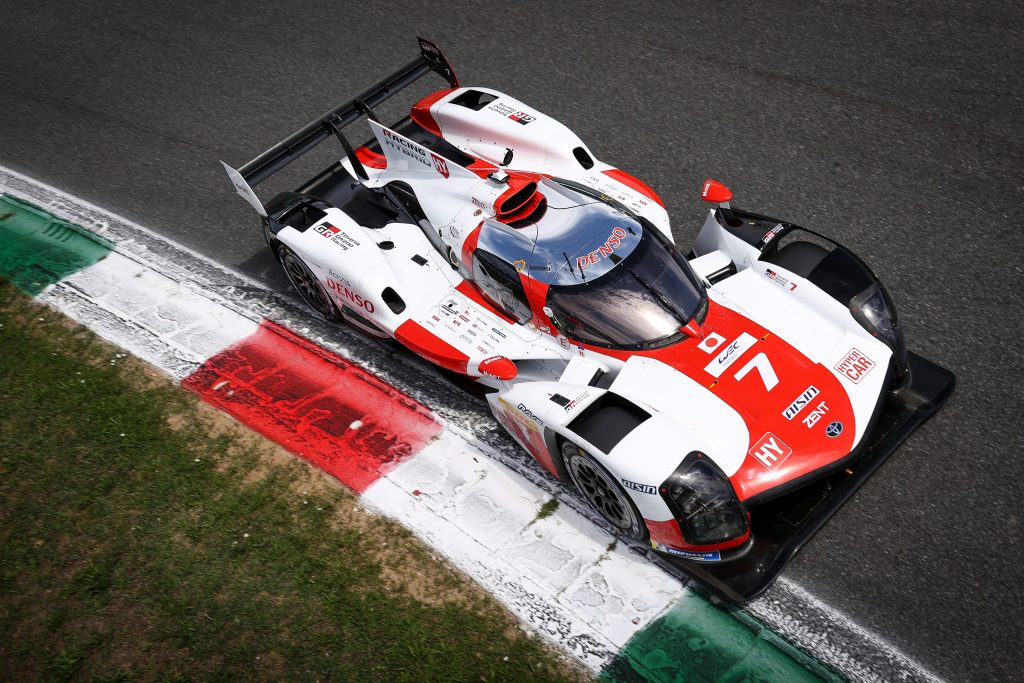 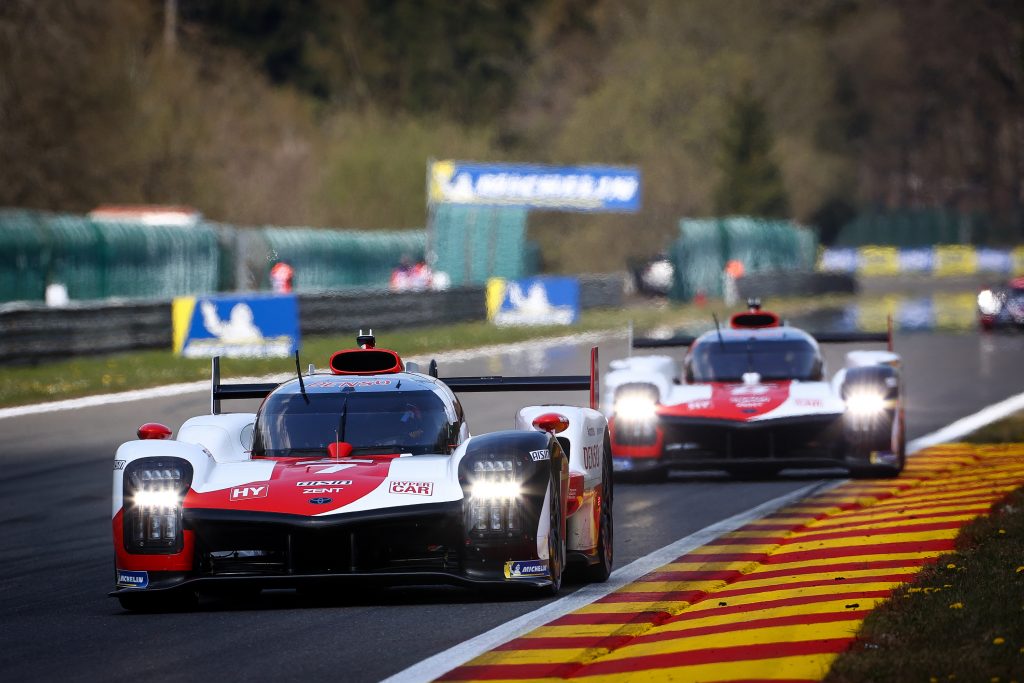