On a rally where he lacked knowledge of the stages after crashing out early on the event’s WRC debut in 2021, Rovanperä and co-driver Jonne Halttunen were in superb form throughout the weekend. On a heavily rain-affected Friday he made the most of his position at the head of the road order to win six of the eight stages and open up an advantage of more than a minute over his rivals. Much of this margin was lost on Saturday morning when he suffered a damaged tyre, but he fought back well with a stage win at the end of the day to take a lead of almost 20 seconds into the deciding leg.

He maintained his form on Sunday’s first stage, extending his lead by more than 10 seconds. The weather brought a further twist, however, with a sudden downpour impacting the penultimate stage. With two rain tyres and two hard compound tyres, Rovanperä was disadvantaged in the extremely slippery conditions and conceded the overall lead by 1.4 seconds to Ott Tänak.

This set up a showdown for the rally-ending Power Stage, where conditions were dry and sunny – albeit with plenty of mud dragged onto the road. Again, running a combination of rain and hard tyres, Rovanperä produced a stunning run, 5.6s quicker than Tänak and 21.8s faster than anybody else to secure his second successive victory and a maximum points haul. That increases his championship lead after three rounds to 29 points. It is the 21-year-old’s fourth career WRC win – all in the space of nine events – and his first on asphalt.

Elfyn Evans dropped around two minutes on Friday morning when he finished two stages with a tyre off the rim. Subsequently picking up two stage wins, he finished fifth overall and third in the Power Stage, scoring important points towards both championships. The team now lead the manufacturers’ standings by 42 points.

Esapekka Lappi missed most of the first day after hitting a large rock on the opening stage and damaging his car’s suspension. Once he restarted on Saturday, he showed impressive speed in his first asphalt event in the GR Yaris Rally1, taking a fourth stage win of the weekend in Sunday’s first test. Between their three crews, the team won 14 of the 19 stages across the event, confirming the strong performance of the new-for-2022 GR YARIS Rally1.

Team Quotes
Akio Toyoda (Team Founder)
“Kalle, Jonne, congratulations! Last year in Croatia, the crew retired already on SS1. I’m so glad to see that they paid it back this year. Their comeback win at the Power Stage was unbelievable! The spectators’ chanting for Kalle after the stage was impressive as well. It must have been not an easy rally with the unstable weather. Kalle took some risks already from the beginning despite what happened last year, and he was unfazed even with the tyre damage. Getting caught up, he stayed calm, and he even outdistanced the others. It is still the beginning of the 2022 season. I hope he will continue showing us his reliable driving on all sorts of roads.

“The team have been doing various tests and developments for two months since Sweden. I want to thank all the team members because Kalle’s great driving is based on the team’s cumulative efforts. From now on, there will be rallies every few weeks and I believe the hard work they’ve done will come back with even better results.

“I cannot forget to mention the hard work of the weather crews, gravel crews, and weather forecasters. They woke up at 4am every morning, went to the stages, and forecasted the changing surface conditions. I heard it was a series of fairly difficult judgements due to the unstable weather this weekend. It reminds us that WRC is really a challenge for the whole team.

“Elfyn/Scott dropped the time due to tyre damage in the beginning, but they showed their strength completing the rally. It has been a tough year for them, but I’m sure they’ll be fine and do well in coming events.

“A message for Esapekka would be ‘No rush and stay cool!’. I know he is a fast driver already from five years ago, and the GR YARIS Rally1, which was developed on Finnish roads, must fit you. So if he just stays calm, the result should come.

“Takamoto gained more asphalt experience. I’m sure it will lead to the asphalt Rally Japan in November, and I’m looking forward to it.

“The championship is now entering the mid-season. Team members do not need to care too much about the number of wins or titles. I just want them to keep making ever-better cars. The hard work will pay off for sure, and it will lead to the base of Toyota’s car making. I believe we can repay the fans by showing exciting rallies and keep pursuing our ever-better car making.

“Lastly, to the fans, thank you very much for your continuous support.”

Jari-Matti Latvala (Team Principal)
“This was an incredible performance from Kalle today. I would not have thought it was possible to win the final stage and win the rally with the tyres he had. Unfortunately our information did not see the rain coming in the penultimate stage and we saw how hard it was to get the grip from the hard tyre. And then the Power Stage was so muddy and so slippery that I don’t know where Kalle was able to find that speed. The level he’s performing at now is incredible: He’s not showing the pressure and he’s able to be very cool and not worry about things. He really looks like the man to beat in the championship this year. With our other drivers we didn’t get the best results this weekend, but I think Elfyn really needed to just get a solid drive and doing the third fastest time on the Power Stage was great for the points, while Esapekka’s speed after restarting was fantastic to see.”

Elfyn Evans (driver car 33)
“It was a pretty difficult final day. A lot of rain that we weren’t expecting and with four hard tyres, that was very tough. But I was happy to secure the fifth place, which is better than nothing, and at least we managed to top it up with a few points from the Power Stage – which was pretty much as good as we could expect with the tyre choice we had in those conditions. Overall it’s been a really difficult weekend again for us. When we had a start like we had on Friday and were effectively last already, it’s difficult to fight back. But we try to look positively to Portugal and hope for better. Congratulations to Kalle: He did an incredible job all weekend and clearly deserved to win.”

Kalle Rovanperä (driver car 69)
“This feels like the best win for me so far. It was such a tough weekend; the conditions were incredibly difficult and I think everyone had some issues or moments at some point. Today was really tough again. It looked like it was going to be too difficult for us to win with the way that the weather turned out. We lost a lot of time in the rain and we didn’t think the tyre choice would be too good for the final stage either with how much mud there was. But we just decided to go for it and push hard and the time was great. There will be some more difficult rallies to come opening the road on gravel which will be a new experience for me, but for now I’m happy of course. The pace is really good and everything is going well.”

Esapekka Lappi (driver car 4)
“Today started well but then the conditions were not on our side with the tyre choice, which was a bit optimistic. Then the confidence just went away and I didn’t want to any stupid mistake so the speed dropped. But otherwise I’m very satisfied with our speed this weekend. After Friday I think we did what we could. I wasn’t expecting that we could win so many stages in these conditions and I need to take that with me for the future. It feels like we have a great car on asphalt: For me it’s better than the Yaris WRC was in 2018. Well done to Kalle: He did an amazing job, especially on the last stage.”

What’s next?
Rally de Portugal (May 19-22) is the first gravel event of the year: Based in Matosinhos, near Porto in the north of the country, it features classic stages on sandy and rocky roads.

Toyota Gazoo Racing back in action on challenging Croatian roads 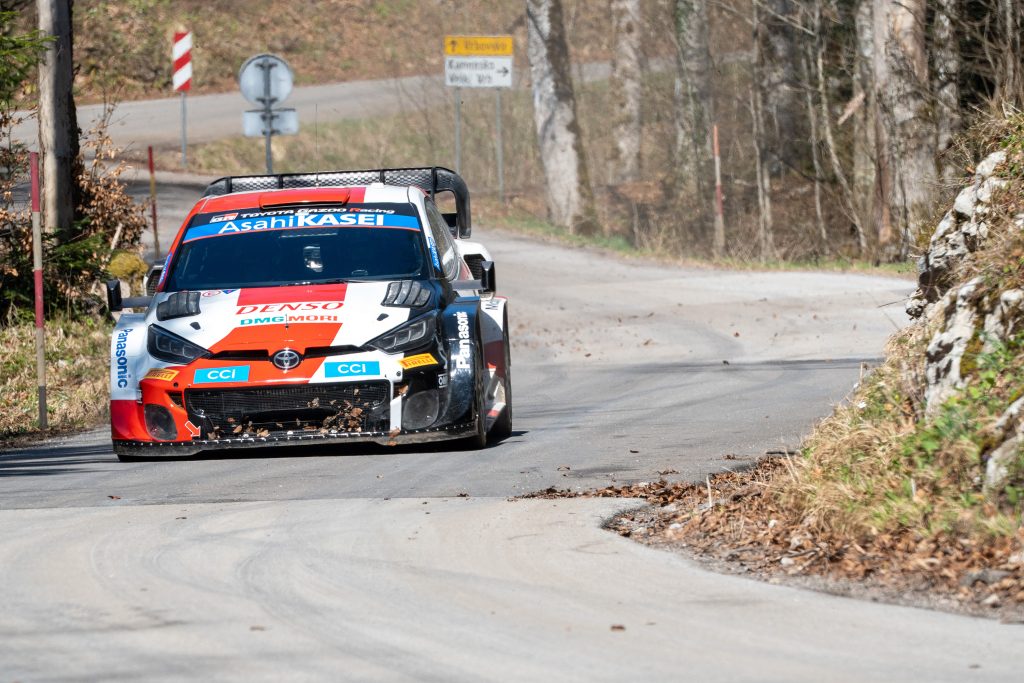