The Toyota Gazoo Racing World Rally Team aim to complete a clean sweep of FIA World Rally Championship titles when they bid farewell to the Toyota Yaris WRC this week in the final round of the 2021 season, Rally Monza (18-21 November).

With victories in eight of the 11 rounds held so far, this has been the most successful season yet for the Yaris WRC, its fifth and final year of competition. In 2022 it will be replaced by the GR Yaris WRC Rally1 as the championship enters an exciting new era of hybrid power. In the manufacturers’ championship the team have a lead of 47 points with a maximum of 52 points available from the final round, meaning the crown will be secured if any of their three nominated crews finish the rally inside the top seven places.

Toyota Gazoo Racing are already guaranteed to win the drivers’ and co-drivers’ titles for the third year in a row. Just as in 2020, Sébastien Ogier and Elfyn Evans will do battle for the championship in Monza. In the final event of their full-time rally careers, Ogier and co-driver Julien Ingrassia will aim to claim their eighth championship together. They have a 17-point lead over team-mates Evans and Scott Martin, who have the chance to achieve their maiden crown.

Kalle Rovanperä and Jonne Halttunen will also aim to finish their strong season – which included their first WRC wins in Estonia and Greece – on a high, with the chance to join their team-mates in the final top three. TGR WRC Challenge Program driver Takamoto Katsuta is driving a fourth Yaris WRC, co-driven by Aaron Johnston, at the venue where he took his maiden stage win in 2020.

The end-of-year rally, held at the Monza racing circuit near Milan in Italy, first appeared on the WRC calendar one year ago. The event features stages at Monza itself – making use of the super-smooth racetrack, the historic banked oval and mixed-surface service roads – as well as sections on challenging mountain roads around Bergamo. Wintery weather impacted the 2020 event, and even if snow and ice stays away, then rain and mud could still reduce the grip. The opening two days of the rally on Friday and Saturday will both feature a pair of mountain stages repeated in the morning, followed by stages at the track in the afternoon. A trio of stages at Monza then round out the rally on Sunday.

Team quotes
Jari-Matti Latvala (Team Principal)
“We are excited to go to Monza with a great chance to secure all three championship titles, something which has been our dream to achieve. It would be the perfect way for us to finish the World Rally Car era and the last race for our Yaris WRC that debuted in 2017, when I was one of the drivers. I hope that everything will go to plan and we will be able to clinch the manufacturers’ championship, but in motorsport we know that nothing is certain until you’ve reached the finish. We also look forward to seeing a fair fight between Sébastien and Elfyn to decide the drivers’ title. Rally Monza was a very difficult event last year with the snow and the rain, and already during our pre-event testing in Italy last week the conditions were tricky with quite a bit of rain, so I expect it to provide a challenging finale once again.”

Sébastien Ogier (Driver car 1)
“While it’s true that this rally will be the end of a sporting chapter for me and especially for Julien, this is not something I am thinking too much about for now. I think this is the best way to approach it, so that I can give my best as always and focus on our target of winning both titles. Of course, the situation going to Monza is much more favourable than a year ago, as this time I have some points in hand in the drivers’ standings. But it is not done yet and we need to stay focused. We had a good test in Italy last week, and I hope we can start the rally with the right rhythm, perform well and fight for a top result as well as keeping the championship in mind.”

Elfyn Evans (Driver car 33)
“It’s good to be going into the final round still with a chance of taking the drivers’ title. It’s an outside chance but Scott and I will give it our best shot: The approach will be just to aim for the best result possible and see what happens. After a difficult mid-season, the last couple of rounds have been better for us, but Monza will be a completely different challenge again. The stages in the mountains have a really nice character, but the stages at the circuit are very mixed and not so flowing. It’s impossible to capture all of that in a pre-event test, but after last year we have a pretty good idea of what to expect.”

Kalle Rovanperä (Driver car 69)
“It’s going to be interesting to go back to Monza. Last year it was quite a special event with the extreme weather that we had, and I’m sure it will be another difficult rally in any case. This time we will have more stages on the proper mountain roads, which will be nice. At the circuit, you can have a bit of everything in one stage, and if it rains it will be very muddy and tricky. The plan is to fight for the best position but also to have a clean rally: With our team-mates fighting for the championship, it will be important for us to be there to secure the points for the manufacturers’ title if needed.” 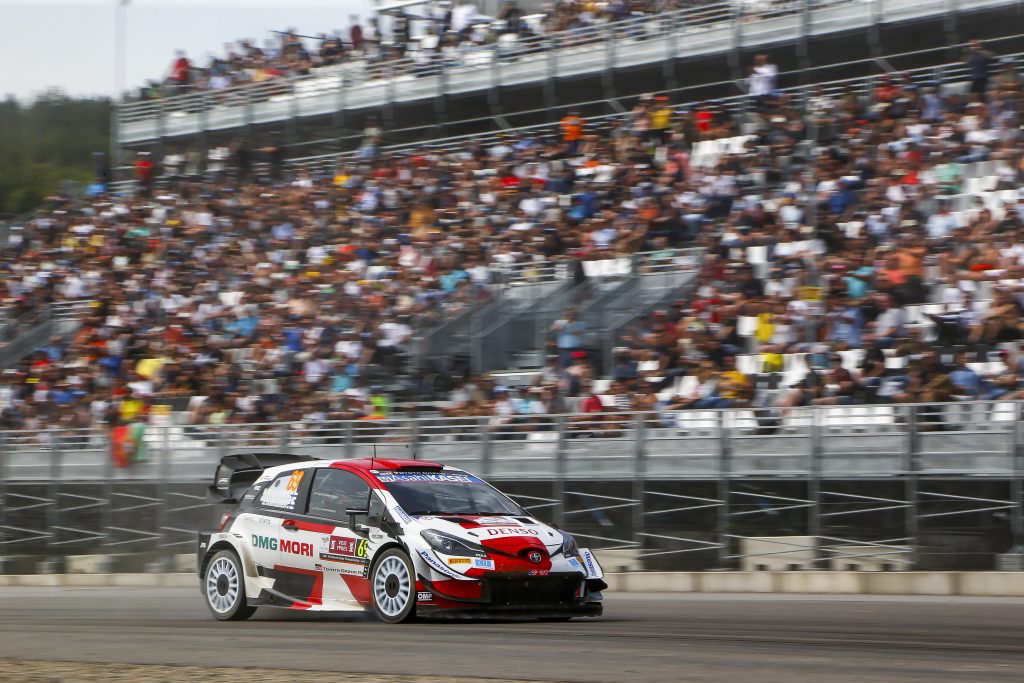