Akio Toyoda, the President of Toyota Motor Corporation, has been presented with the Issigonis Trophy, the highest personal honour awarded by Autocar, the world’s oldest automotive magazine.

The award, named after the internationally celebrated car designer Sir Alec Issigonis, creator of the Mini, was announced at the annual Autocar Awards, hosted at the Silverstone race circuit in the UK on Tuesday (15 May).

Mark Tisshaw, Autocar Editor said: “This is our highest accolade and our most prestigious and most personal award. It goes to Mr Toyoda in recognition of the quite incredible job he has done at the helm of Toyota and Lexus. He has been proved right on so many issues and it is inspiring to see him do such diverse things as lead the agenda on future powertrain technologies and bring back cars that appeal to the enthusiast, all while selling a vast amount of ever-more desirable cars.”

Mr Toyoda was unable to attend the presentation, but expressed his gratitude in a video message. Celebrating the inspirational work of Issigonis, he was filmed arriving in Toyota City at the wheel of a classic Mini.

He said: “I am very honoured to receive the Issigonis Trophy because I feel it represents a link between our industry’s great past and its future.”

He paid tribute to his grandfather, Kiichiro Toyoda, the founder of Toyota, and said he was in fact accepting the award on his behalf, rather than for himself.

He continued: “Today, in the midst of the greatest transformation the auto industry has experienced in the past hundred years, I feel that Kiichiro is behind me, saying ‘you should face it with challenging spirits’. In this greatest transformation, what we do not forget is that our core business, cars, are much more than pieces of metal. They represent the freedom to move. And when you are free to move, anything is possible.”

In conclusion, he paid a personal tribute to the Mini, a car he drove himself during his time living and working in London in the 1980s, acknowledging how it remains an inspiration to him. He said: “For me it is the kind of car we should all dream of making. Affordable, simple and as fun to drive as a go-cart. Even if the future people will go to work in autonomous pods, as industry leaders it is also our job to keep making cars like this.”

Mr Toyoda took up the position of Toyota President in 2009 and has led the company in a programme of innovation and development that looks beyond vehicle manufacturing to find ways of providing everyone in society with the freedom of mobility. Under his leadership, the company pursues a mission of making ever-better cars, recognising the importance of the pure enjoyment of driving and drawing inspiration and excitement from involvement in international motorsport.

At the same time, Toyota’s Environmental Challenge 2050 has set high targets for significant reductions in the environmental impact of every aspect of the company’s global operations and its products. Toyota seeks both to protect and enhance the environment and is a world leader in the development of electrified powertrains. It has continuously evolved its hybrid technology from the launch of the original Prius in 1997 to the delivery of Mirai, the world’s first hydrogen fuel cell electric saloon, a car that signals the potential great environmental benefits of a future hydrogen society. 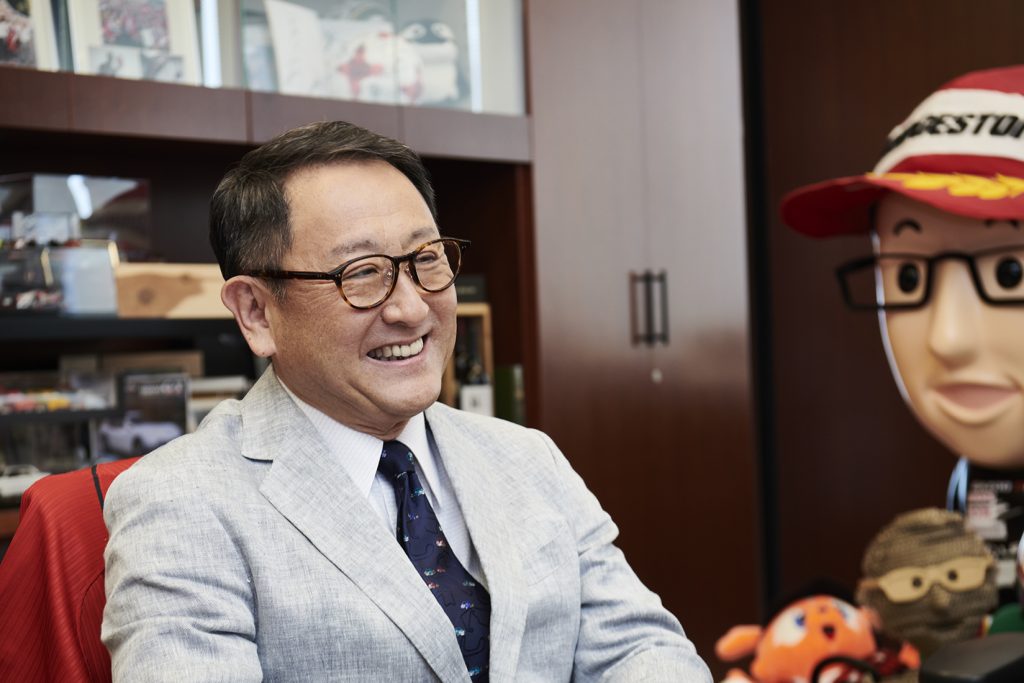 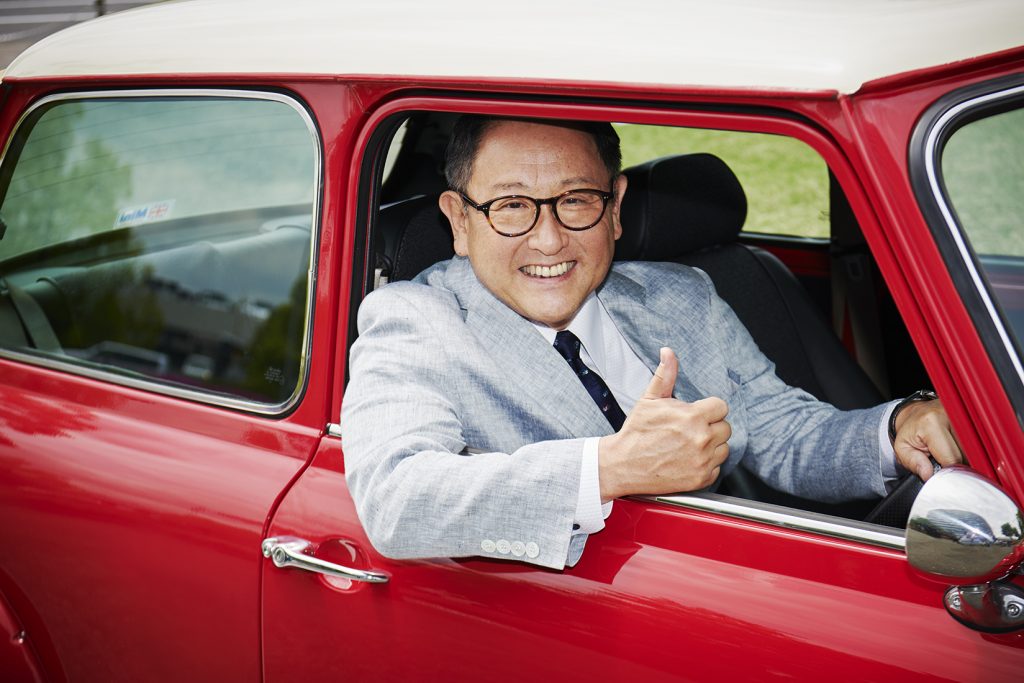 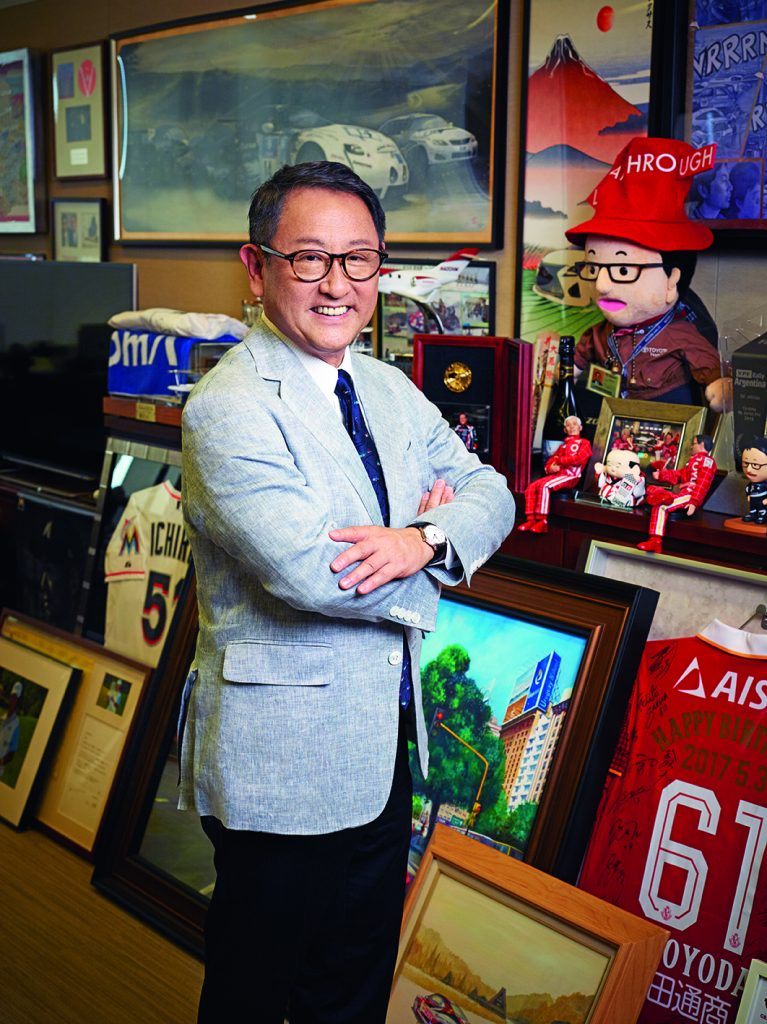 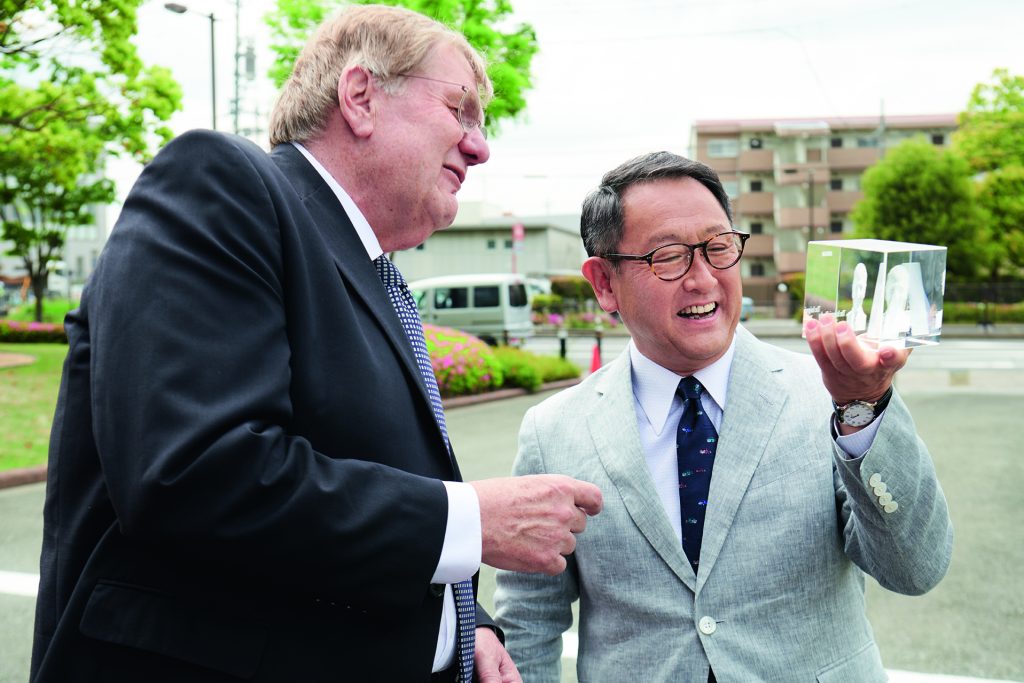 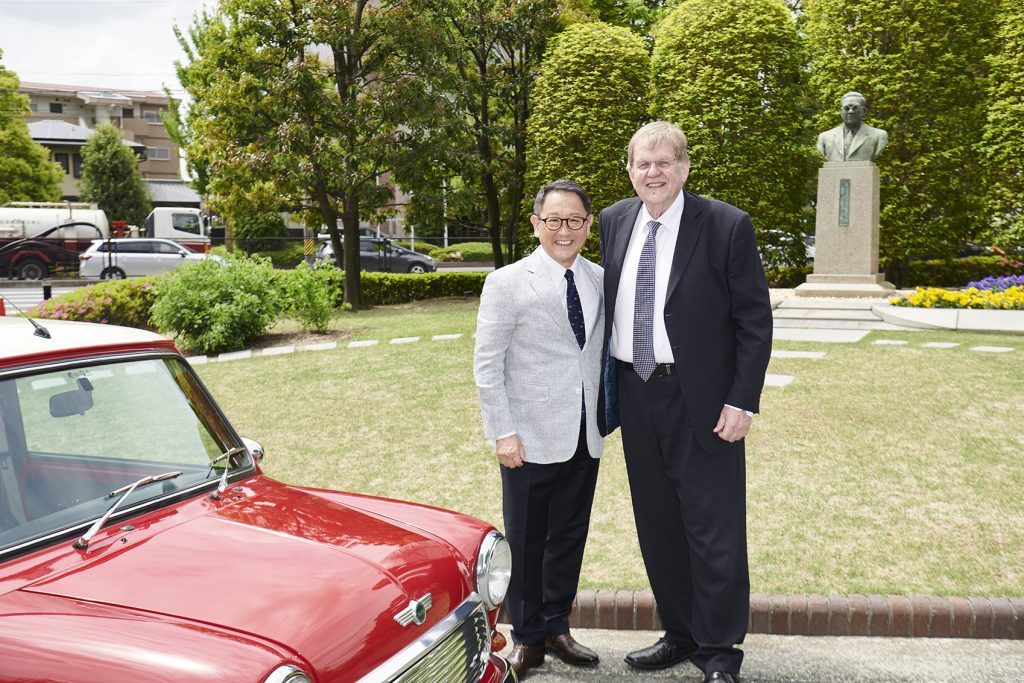