Toyota has taken another important step towards achieving a broader hydrogen society with the announcement it will provide its hydrogen fuel cell technology to Caetanobus SA in Portugal.

In line with its vision for a decarbonised society, as set out in the Toyota Environmental Challenge 2050 [https://www.toyota-europe.com/world-of-toyota/feel/environment],Toyota is promoting the use of its hydrogen fuel cell technology beyond cars to a wider range of vehicles, including heavy duty trucks2, delivery vans3, forklifts4 and buses5.

In Europe, Toyota will supply its fuel cell systems6, including fuel cell stacks, hydrogen tanks and other key components to the renowned Portuguese bus engineering and production company Caetanobus, for the production of hydrogen fuel cell city buses.

The first zero emission fuel cell city buses will roll off Caetanobus’s production line in a little over a year’s time and will be used by the company as demonstration vehicles.

Dr Johan van Zyl, President and CEO, Toyota Motor Europe, said: “Supplying our fuel cell systems to Caetanobus demonstrates the many practical uses and environmental benefits of hydrogen towards a carbon-free society. We’re really excited at the prospect of seeing the first buses from our long-standing automotive partner on Europe’s city streets. Hydrogen buses have significant advantages compared to other zero emission buses, such as a superior driving range and shorter refuelling time. These benefits allow them to operate on longer routes and enjoy higher utilisation.”

José Ramos, President, Salvador Caetano Indústria Holding, said: “We are very proud to be the first company in Europe to benefit from Toyota’s leading fuel cell technology and look forward to confirming our world class bus development and manufacturing capabilities. We are convinced that hydrogen is a great solution for zero emission buses.”

The announcement was made today in Lisbon in the presence of leading Portuguese government representatives for mobility and the environment, during a visit to the city by the Energy Observer catamaran, the first hydrogen sea vessel to be powered purely by renewable solar and hydrogen energy [https://newsroom.toyota.eu/toyota-sailing-into-the-future-with-energy-observer].

4 = Toyota Accelerates Use of Hydrogen at its Plants: https://newsroom.toyota.co.jp/en/corporate/21565079.html 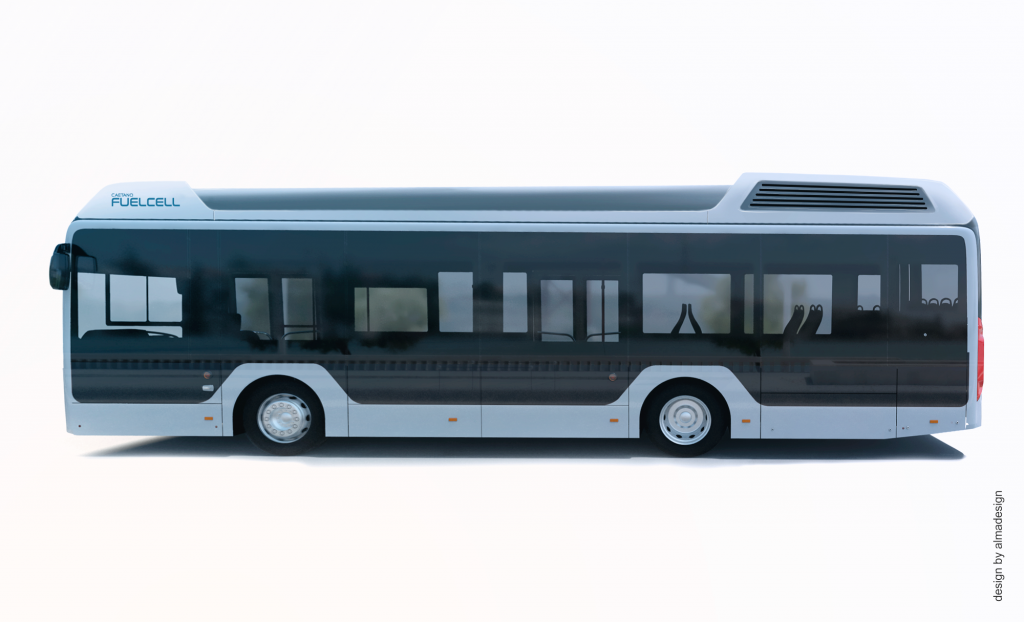