The GR HV Sports concept represents a new way to enjoy cars by integrating the thrill of a sports car with the environmental friendliness of an eco-car.

Interior
A selection switch to choose the automatic gear position is located in the centre cluster to achieve a racing car-like ambience. The push button ignition switch is located on the shift knob.

Enjoyment of Control
The performance of the THS-R offers genuine sports car thrills, while drivers will experience a sense of freedom thanks to the targa top.

Switching to manual mode is possible with the single press of a button, and six-speed manual-style driving with H-pattern shifting can be enjoyed (the car is an automatic).

The hybrid battery is mounted near the centre of vehicle, contributing to improved performance as a sports car.

A gallery of high-resolution GR HV Sports concept pictures can be viewed here.

Toyota intends to showcase its new crossover genre concept vehicle, the Tj Cruiser, for the first time at the 45th Tokyo Motor Show 2017* to be held at Tokyo Big Sight from October 25 to November 5. The Tj Cruiser represents the harmonious balance between the roominess of a cargo van and the powerful design of an SUV.

The Tj Cruiser is designed for drivers with lifestyles where work and play dovetail seamlessly. The “T” in Tj Cruiser stands for “Toolbox” in reference to how the car can be used like a toolbox, while the “j” stands for “joy” in reference to the joy of visiting various places by car. The name “Cruiser,” which is traditionally used for Toyota’s SUV line-up, is assigned to the Tj Cruiser to express the power of the vehicle.

Inside, the passenger seat can be reclined completely flat, and not only can the Tj Cruiser easily hold outdoor equipment, it can also store large items such as three-metre long surfboards and bikes.

Design
The square-shaped cabin, similar to that of a van, exudes high utility. Meanwhile, the sturdy suspension realised by large SUV-sized tyres (225/50/R20) is fused with a bold front. The Tj Cruiser symbolises a new genre incorporating the strengths of a van with those of an SUV. The bonnet, roof, and bumpers use materials (with special coating) that resist scratches and dirt, even when objects accidentally come into contact with them.

Interior Space
The front and rear passenger seats can be reclined completely flat for storing long items up to three metre in length, such as surfboards. The backs of the seats and deck boards include numerous tie-down points to enable easy anchoring of items from small packages to longer objects. Moreover, the large opening of the back door makes for easy loading and unloading of large items such as bikes.

The seat cushion on the passenger seat directly behind the driver can be flipped up towards the front to create dedicated space for storing groceries or shopping items. The large openings of the sliding doors enable loading and unloading of large items from the sides and easy entry and exit for family members, as well.

A gallery of high-resolution Tj Cruiser concept pictures can be viewed here.

The Crown Concept is a concept vehicle developed in pursuit of driving performance and connected technology. It features the blend of the Crown tradition with its birth in 1955 and the innovation to be expected in the Crown in a next generation mobility society.

The features of the Crown Concept are as follows:

Responding to an IoT (Internet of Things) society with complete implementation of Data Communication Modules (DCM), Toyota hopes to provide new value to customers by utilising big data that is acquired from DCMs installed in Toyota vehicles. The DCM will come standard in the commercial model of the Crown Concept.

Toyota’s advanced technologies not only include automatic braking, but also ITS Connect, a connected technology service that keeps society safe as a whole through the sharing of information on things like traffic signals and other vehicles. Toyota has contributed to the early development of connected technology by participating in public and private demonstration experiments.

By utilising the mobility service platform, Toyota aims to contribute to solving societal problems, for example, by reducing traffic jams in cities through the utilization of data on traffic congestion. Additionally, Toyota aims to diagnose vehicles remotely using vehicle data collected from DCMs to predict potential vehicular issues and the necessity for vehicular maintenance. Call centres provide quick and appropriate support and provide customers a sense of safety and security.

Toyota aims to offer a car that can continue to excite drivers, well into ownership, and believes that the remote technology unique to this connected car, as well as the utilization of a new mobility service, can provide an exciting evolution to the driving lifestyles of its customers. The commercial model of the Crown Concept is scheduled to be released around the summer of 2018.

Toyota to Debut Next-generation Century at Tokyo Motor Show 2017
Toyota is scheduled to showcase the new Century (to be released in Japan in the middle of 2018) at the 45th Tokyo Motor Show 2017, taking place from October 25 through November 5 at Tokyo Big Sight. The theme of this year’s show is “Beyond the Motor.”

The new third generation Century carries on the tradition of master craftsmanship and high-quality monozukuri (all-encompassing manufacturing) while realising high-demand environmental performance and a design layout that pursues passenger comfort. The interior and exterior design injects new charm into the Century in line with its heritage. Moreover, the new Century features advanced equipment and comfort amenities only suitable for a luxury limousine.

Specifically, the Century is now powered by a 5.0-litre V8 hybrid system for outstanding fuel efficiency. In addition, the wheelbase has lengthened, the height difference between the scuff plate and floor has decreased, and the height of the door opening has increased, all of which are refinements improving the rear seat riding experience.

The intricately glamorous and chic exterior is highlighted by traditional Japanese design elements used throughout the car including the grille and black trim on the rear combination lights. The interior features a raised ceiling design (an architectural ceiling design with additional height in the centre area) and exclusive fabric while the adjustable rear seats (with massage function), are upgraded with a power leg rest for first-class comfort and a sophisticated riding experience. 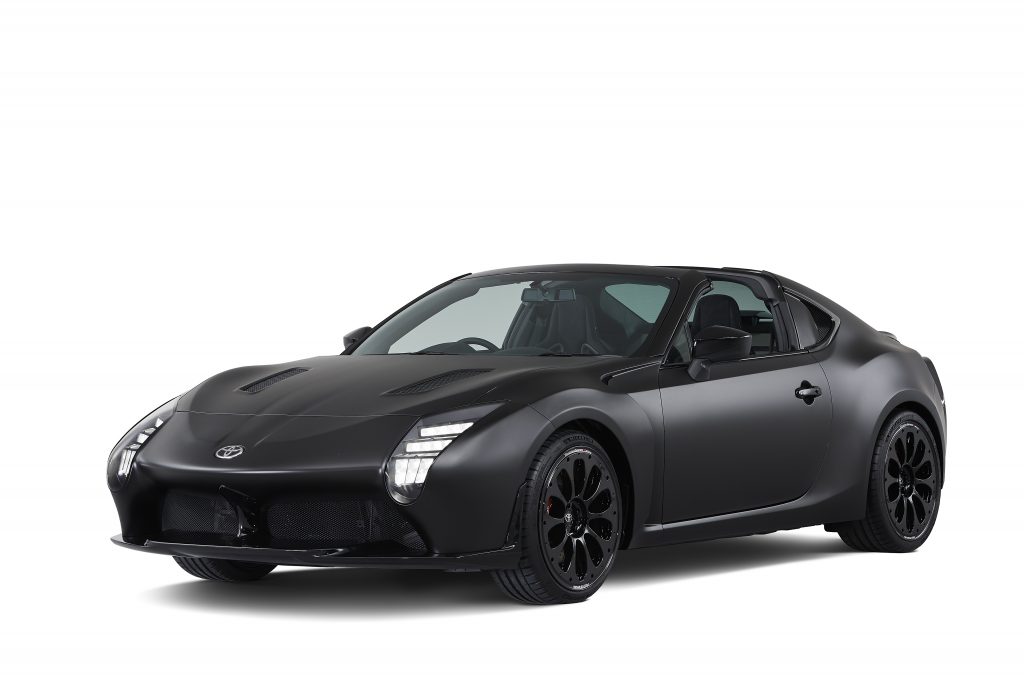 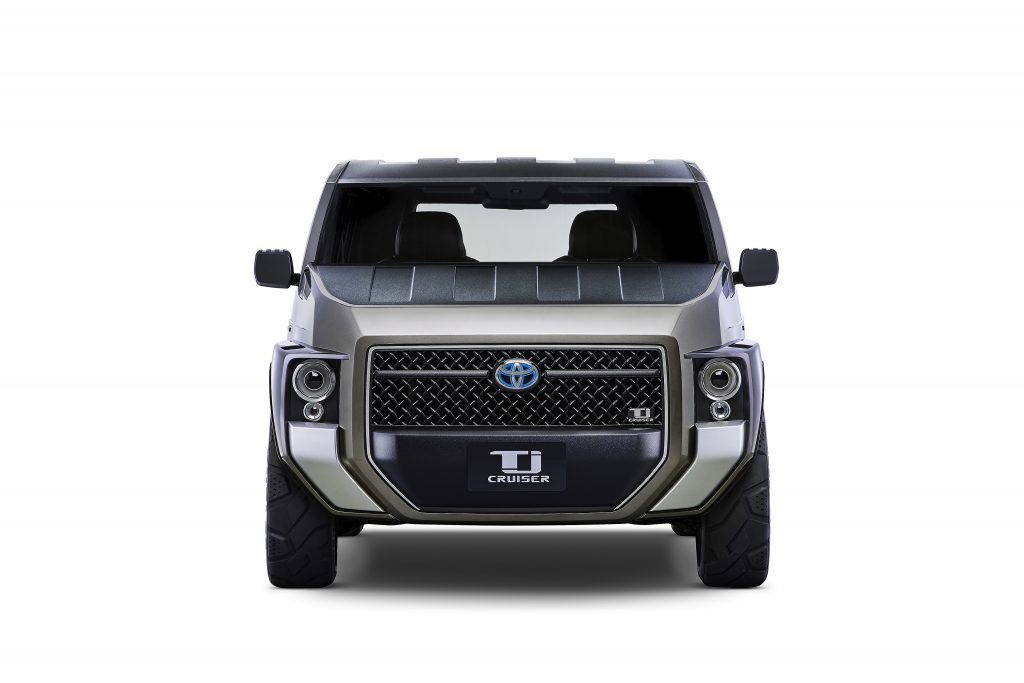 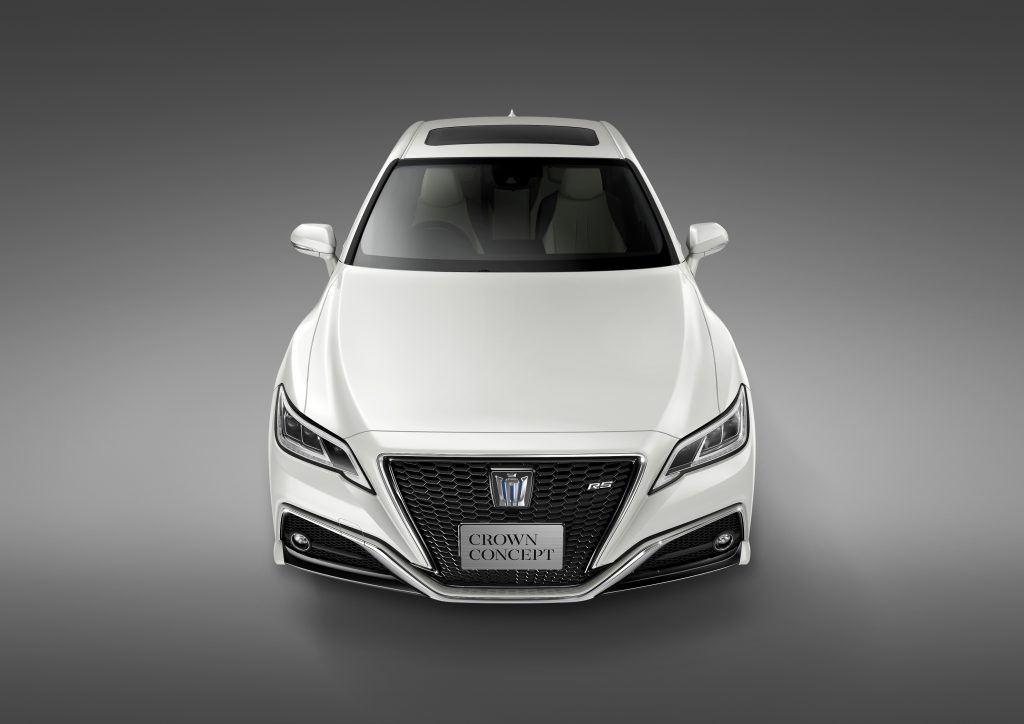 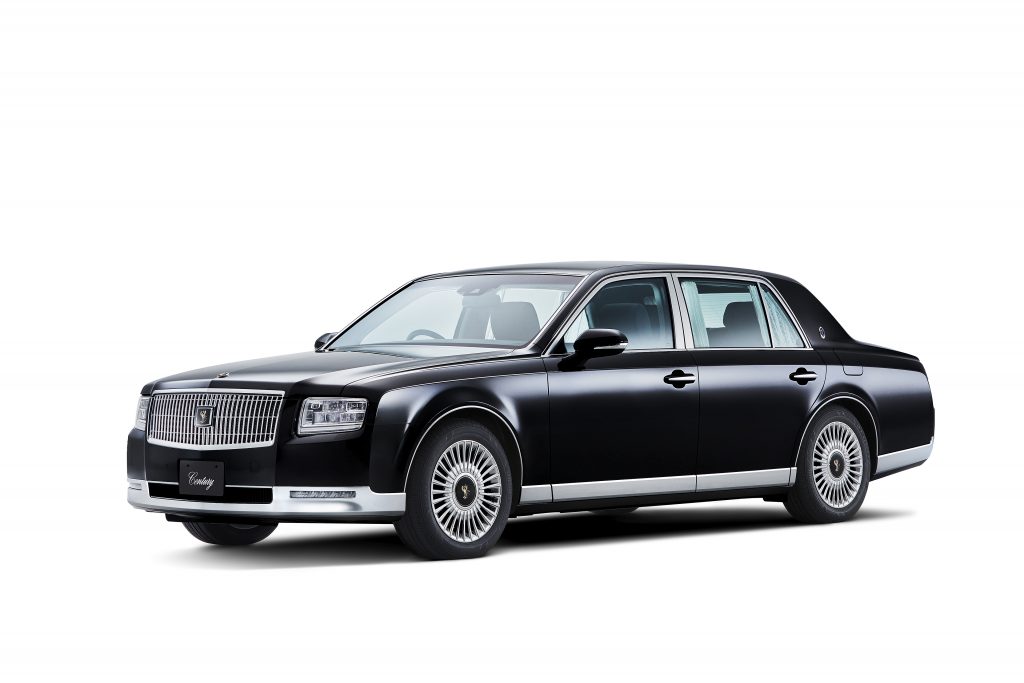 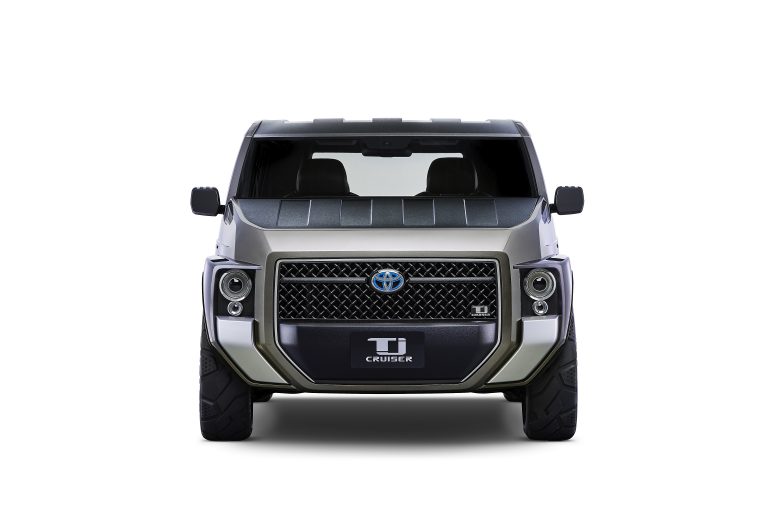