Home honours were claimed by the England A Auris hybrid in the Toyota Nations Challenge on Saturday, achieving an average 72.8mpg over the 60-mile route from Brighton to London. Together with all the other Nations Challenge entries, this easily outperformed the model’s official 70.6mpg combined cycle figure.

It proved a double success for the Toyota, driven by What Car? journalist Matt Sanger, as the economy was also the best among all the hybrid electric passenger cars taking part in the first RAC Future Car Challenge.

Auris Hybrid may have performed impressively on the eco-run, but the technology of its Hybrid Synergy Drive powertrain makes it easy for good fuel consumption – plus low CO2 emissions – to be achieved in every day driving. As a full hybrid, it will automatically run on electric power alone over short distances in slow-moving city traffic, while on the open road, the efficiency of its 1.8-litre petrol engine – also built here in Britain – comes to the fore.

In the course of any journey the hybrid system is constantly monitoring driving conditions and driver inputs on the brake and throttle to determine the most efficient means of delivering power: from the engine or electric motor alone, or from both in combination. And thanks to the regenerative braking system, power levels in the hybrid battery pack are automatically topped up as the car decelerates or brakes.

The RAC Future Car Challenge also gave Toyota the opportunity to show its FCHV-adv hydrogen fuel cell vehicle on the road in the UK for the first time. Producing no other emission that water from its power system, it demonstrated technology of the near-future: Toyota is due to bring its FCHV to the market in 2015.

Auris King of the Hybrids on RAC Future Car Challenge 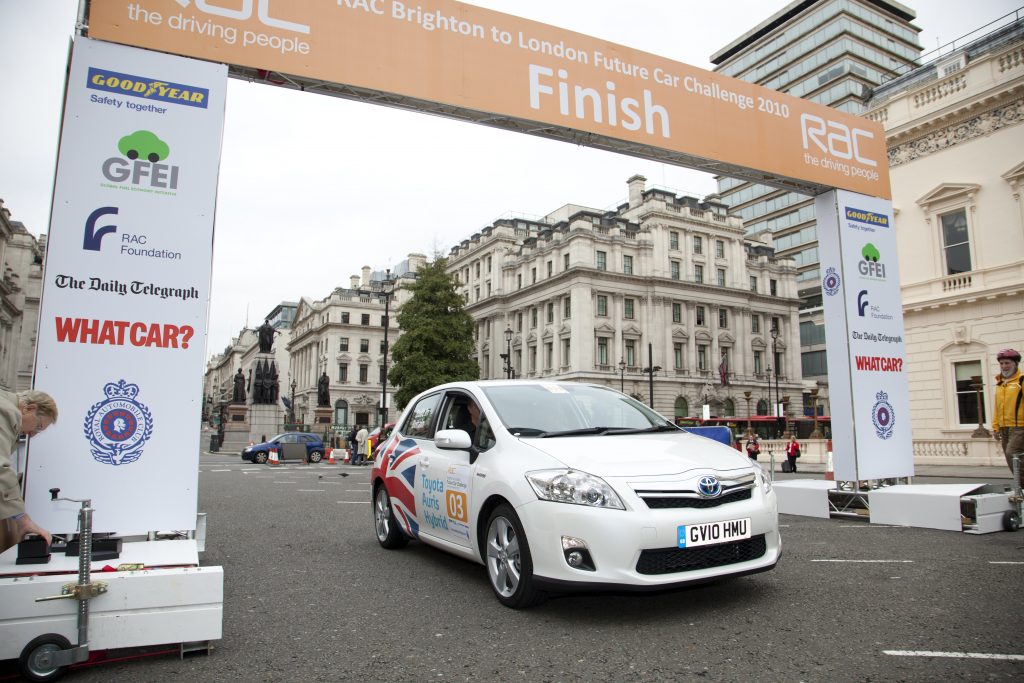 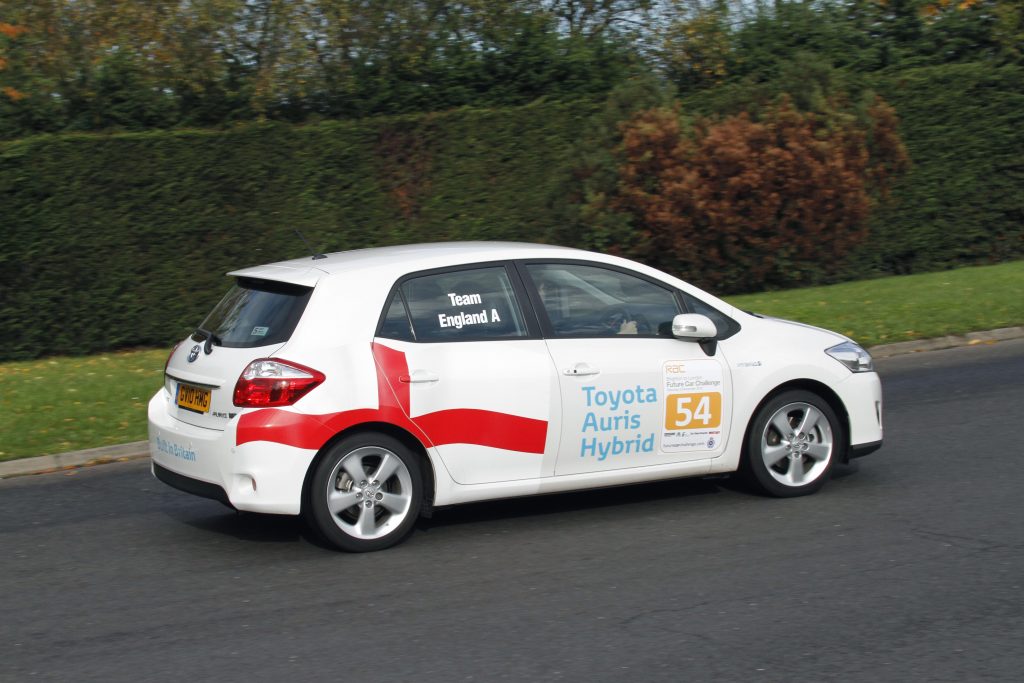 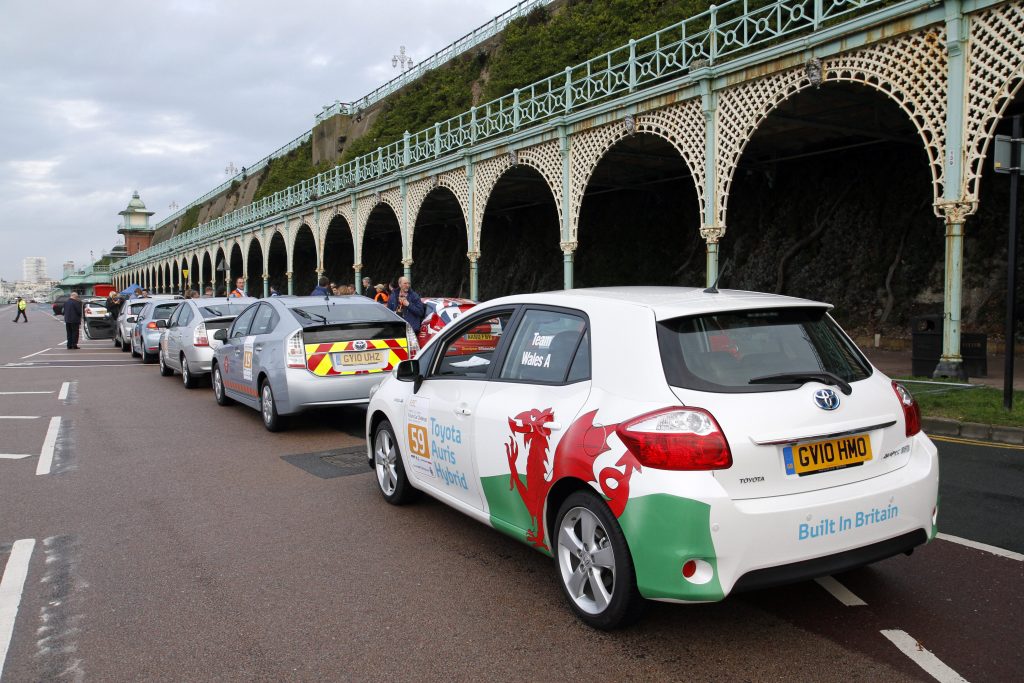 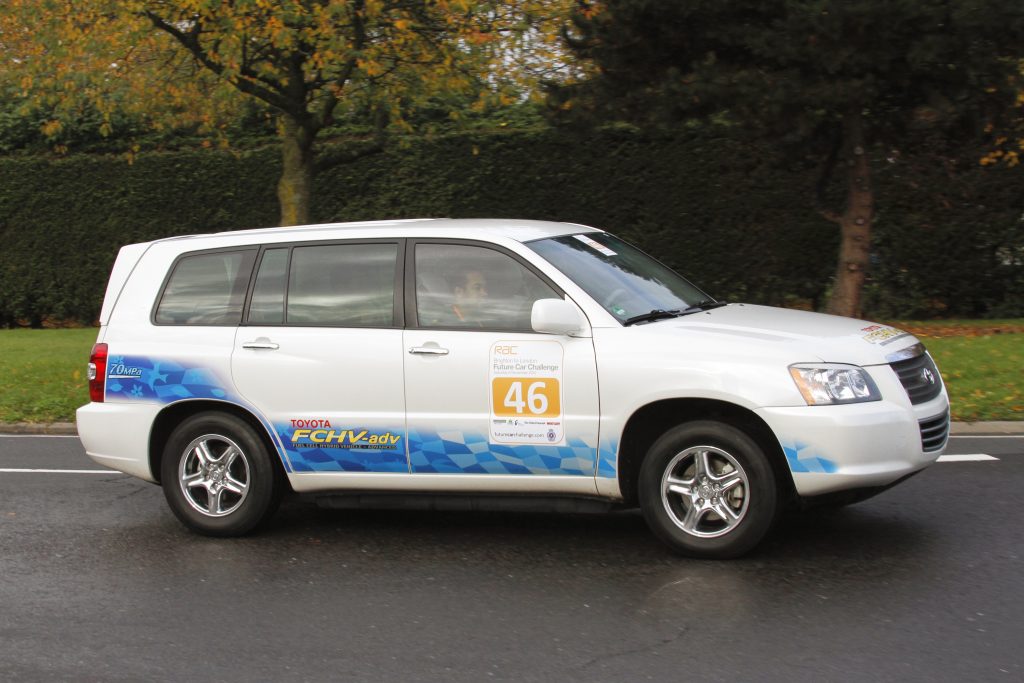