Toyota Gazoo Racing’s Nasser Al-Attiyah and co-driver Mathieu Baumel claimed victory in the final round of the 2021 FIA World Cup for Cross-Country Rallies, the Hail International Rally. Their win on Saturday (11 December) gave them the points needed to seal the World Cup title, bringing Al-Attiyah to a career total of five cups, with Baumel notching up his fourth.

The pairing of Al-Attiyah and Baumel has now won three world cup titles with Toyota, this year’s win coming as part of the works Toyota Gazoo Racing team. They claimed four of the 2021 series’ six rounds, electing to sit out two events due to other commitments. They ended their campaign in style, winning the closing stage of the Hail International Rally, by 1min 15sec.

The final stage was 91 miles in length, with liaisons of 34 and 82 miles before and after the timed section. Where the preceding three stages were run mainly in sand and dune areas, the closing stage of the Hail International Rally saw the crews take on rocky gravel tracks, in the final dash to the end. Their winning margin after four stages was 21min 51sec, and they led the rally from start to finish, winning three of the four stages.

They reported no technical issues with their Toyota Hilux during the rally, and were driving this version of the car for the last time. They will be campaigning the new Toyota GR DKR Hilux T1+ in the Dakar Rally and beyond, as they take on the 2022 FIA World Rally-Raid Championship.

The team will now shift all attention to the Dakar Rally, which starts in early January. Al-Attiyah and Baumel finished as runners up in both 2020 and 2021, after winning the race for Toyota Gazoo Racing in 2019. The new car promises an exciting race in Saudi Arabia.

Glyn Hall, Team Principal: “Nasser and Mathieu did a perfect job this year. They won every World Cup race they entered and ended the year on a high note by winning in Hail again. We are also pleased that the Hilux ran problem-free for the entire year, showing once again how tough and reliable our car is. What a great result for Nasser, Mathieu and the entire team.”

Nasser Al-Attiyah: “It was a good last stage and completely different to the first three. It was all gravel through the mountains. It was fantastic and we are obviously very happy with the result. I am so happy to win this race and to win the World Cup title. It was a great win. This was the last time for me in this car. The next step will be the T1+ in Dakar!” 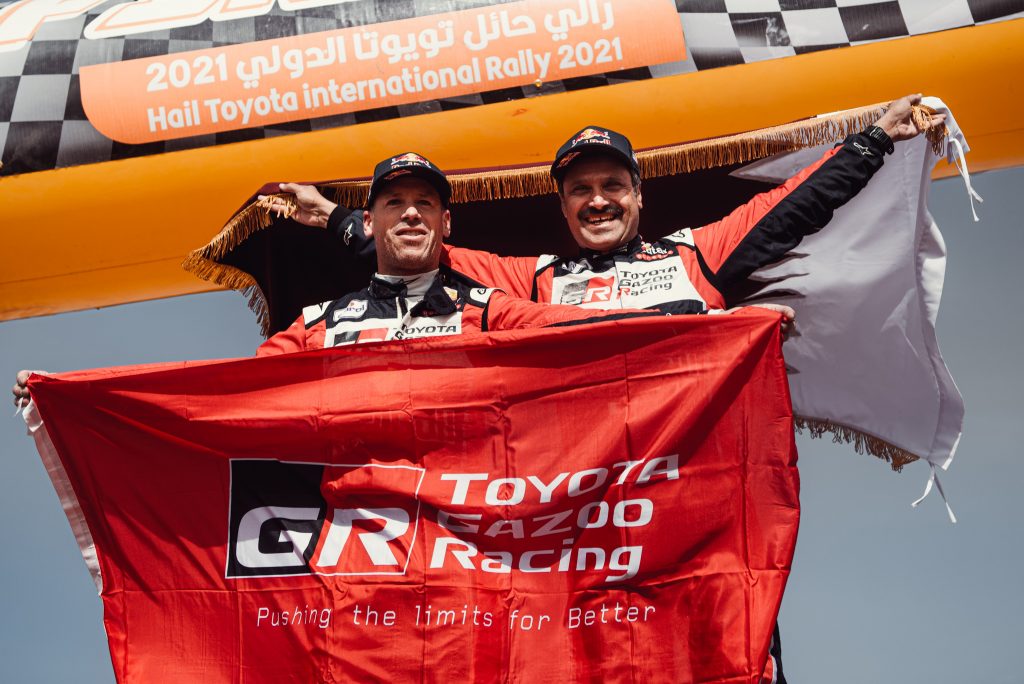 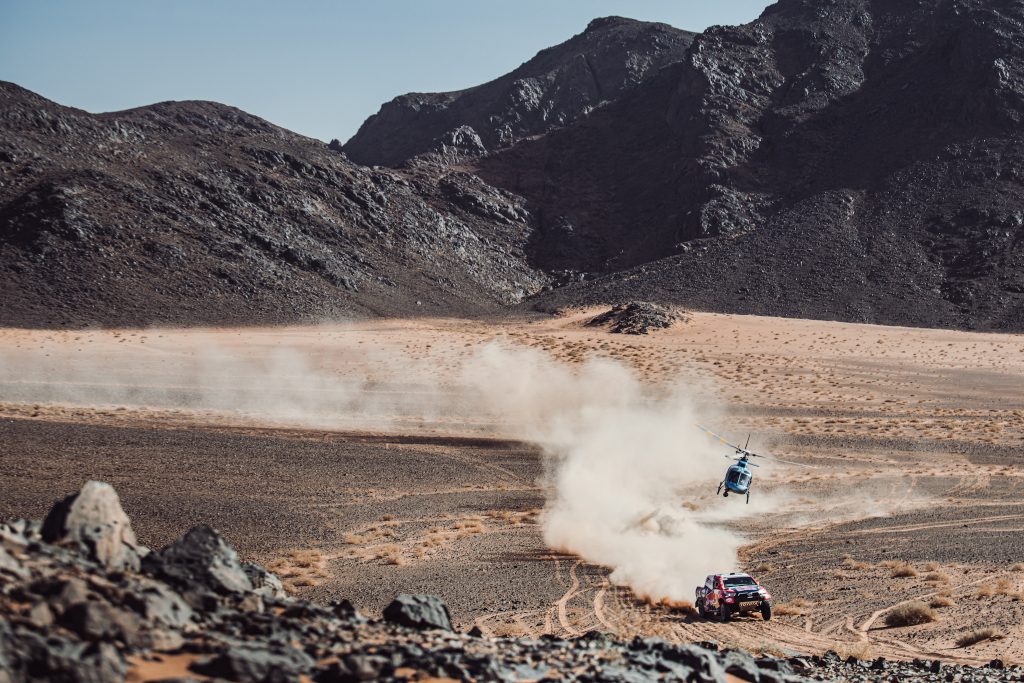 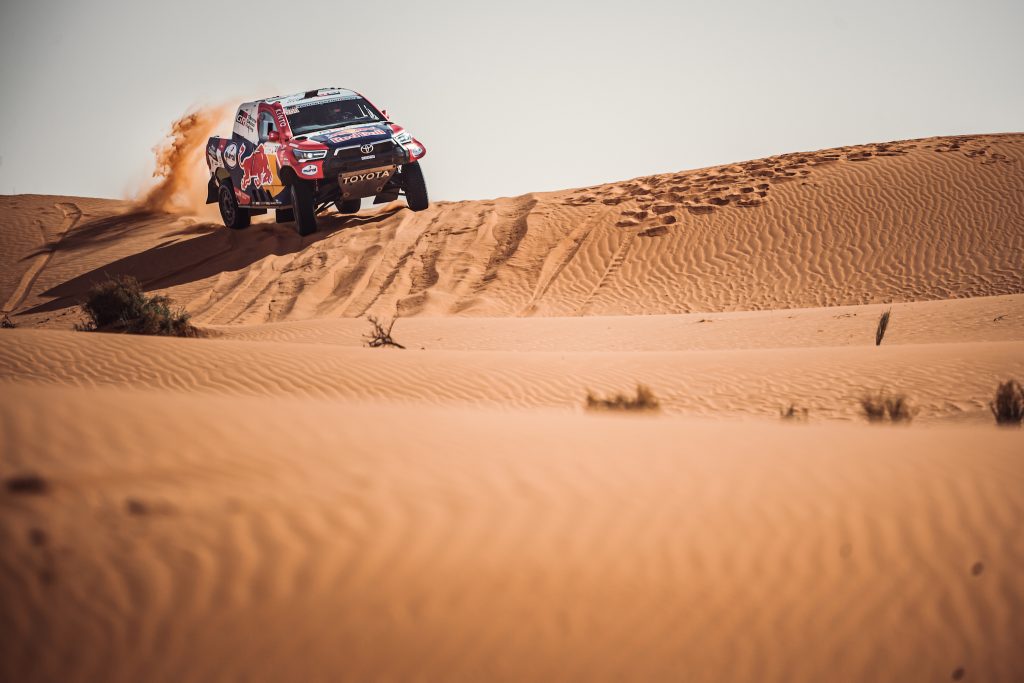 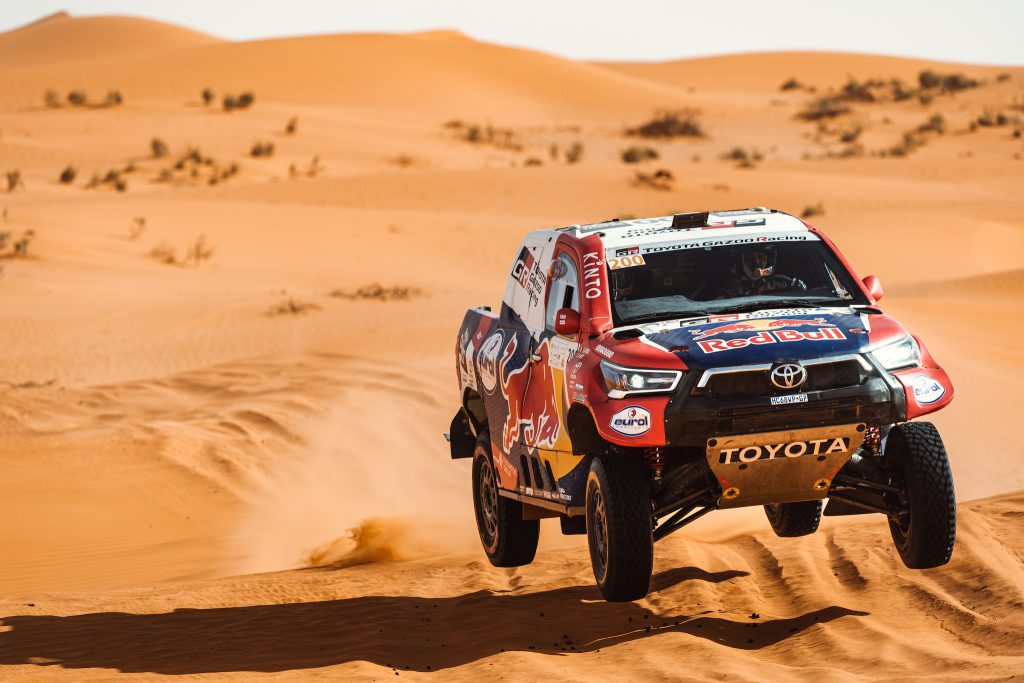