For most of the rally, all three of the team’s drivers were part of a close fight for victory on the unfamiliar, high-speed, snow-covered roads around the event’s new base in Umeå. Rovanperä was disadvantaged on Friday by having to run first on the road as the highest-placed driver in the championship, but by the close of Saturday’s action he was leading his team-mate Elfyn Evans by 8.3 seconds.

Evans was penalised 10 seconds overnight after an incident at the end of Saturday’s final stage, but his hopes of victory were ended in Sunday’s opener when he spun in the stage and damaged the front of the car. After stopping to make repairs he reached the finish but, withhis car’s hybrid unit not showing the required green light, he was forced to retire in accordance with FIA safety procedures.

Rovanperä extended his lead by winning the first of Sunday’s four stages. Even though his car had developed an issue with its hybrid system, he and co-driver Jonne Halttunen secured the third win of their WRC career, finishing 22 seconds clear of the field. By winning Rally Sweden, Rovanperä emulates his father Harri who achieved victory on the event in 2001. He has also moved into the drivers’ championship lead by 14 points.

Lappi was in a close fight for second position throughout Sunday, ultimately finishing just 8.6 seconds off the placing as he and co-driver Janne Ferm completed a fantastic comeback weekend with the team.

Toyota Gazoo Racing have also taken the lead of the manufacturers’ championship with a 24-point advantage.

Team Quotes
Akio Toyoda (Team Founder)
“Kalle, Jonne, congratulations on your victory! On the championship’s only snow event, they were third two years ago, second last year, and they won this year. They did it the Toyota way, making improvements every year and I’m happy to see them becoming more and more Toyota-like in this way. Also, I would like to thank them for bringing the first WRC victory to the GR Yaris Rally1. They had to open the road on day one, and it must have been tough to sweep the snow, but Kalle drove reliably using all of his experience driving on snow-covered roads since he was a little boy.

“For Esapekka and Janne, it was their first time with us, Toyota, in three years. Welcome back and congratulations on the podium finish with third! I think you two look best in TGR overalls. Since they were last with us, they have experienced how other teams work and I hope they can see ways in which we can make the team even better together.

“Snowy roads are a kind of home roads for TGR WRT, given the team is based in Finland, but we were unable to win the Arctic Rally last year which was very frustrating. In order to make up for the frustration, the team started working immediately after Monte Carlo, testing on snow to prepare for this rally. Our victory is thanks to that and I appreciate everybody’s effort.

“That said, rallying is a tough sport and we experienced some trouble with the hybrid system on Kalle’s and Elfyn’s cars. I really feel sorry for them. But we were able to gain precious data on how to improve the hybrid system in the harsh cold environment. I hope we use this experience effectively not only to win next year but also to provide data to suppliers so that we can continue competing in motorsport while working towards carbon neutrality.

“There are still 11 events left this year. I hope the team can take some rest before the next round in Croatia. Let’s not forget that our health is the most important. For the fans, I appreciate your continued support throughout the season until the last round, Rally Japan.

“P.S. to Jari-Matti, I heard you were surrounded by many fans and were happy to take pictures with them at the special stages. I can easily imagine you smiling and interacting with fans even in the cold and snowy weather. You are our sixth star driver who is always super friendly to fans. Please continue this polite and friendly attitude which definitely contributes to the team’s good atmosphere.”

Jari-Matti Latvala (Team Principal)
“Kalle did an incredible job to win this rally. At the start of the weekend, I was a bit nervous how he would manage being the first car on the road, but he handled it very well and later in the rally the speed he had was really impressive. Thanks go to him for delivering our first victory with the GR Yaris Rally1 and to the whole team for their hard work to make it happen. What happened to Elfyn this morning was very unfortunate. But having Esapekka also on the podium in his first rally back helped us score some very important points, while Takamoto also had a great rally too.”

Elfyn Evans (driver car 33)
“It was a huge disappointment for me to end the rally this way. Everything was going OK in the first stage but on a long left-hander I lost the rear-end of the car and I wasn’t able to catch it, so we had quite a high-speed spin. After making some repairs we managed to get going again but unfortunately we had to stop for hybrid-related reasons. I’m sorry for the team because they’ve obviously built a very fast car but so far I haven’t been able to bring back the results they deserve. It’s not nice to go into this break on a bad note but we’ll focus on the next round and on being the best we can there.”

Kalle Rovanperä (driver car 69)
“It feels very good to win here in Sweden. It was a really nice fight the whole weekend. After being the first car on the road on Friday, this is a really good result. It was a bit of a pity that Elfyn went out this morning because it was a great fight, but otherwise it’s a very good result for the team. I struggled a bit in the first rally with this car in Monte Carlo, but now I felt much more confident over the whole weekend with the car. Big thanks to the team because it has been a big job for them to make the car better all the time and make me comfortable.”

Esapekka Lappi (driver car 4)
“It’s great to be back and to be back on the podium. That was my target before the weekend but I knew it would be tough. But we managed it and I’m so happy. I’m so proud of myself, of Janne and of the whole team. We didn’t have any issues on my car the whole weekend. I couldn’t get second place without taking more risks. It cannot have started better than this. To expect more would have been ridiculous. We had a long break, our last rally was in October last year, so this is a top result.”

What’s next?
Round three of the 2022 season is the Croatia Rally 21 – 24 April, taking place on varied asphalt roads around the capital city, Zagreb. 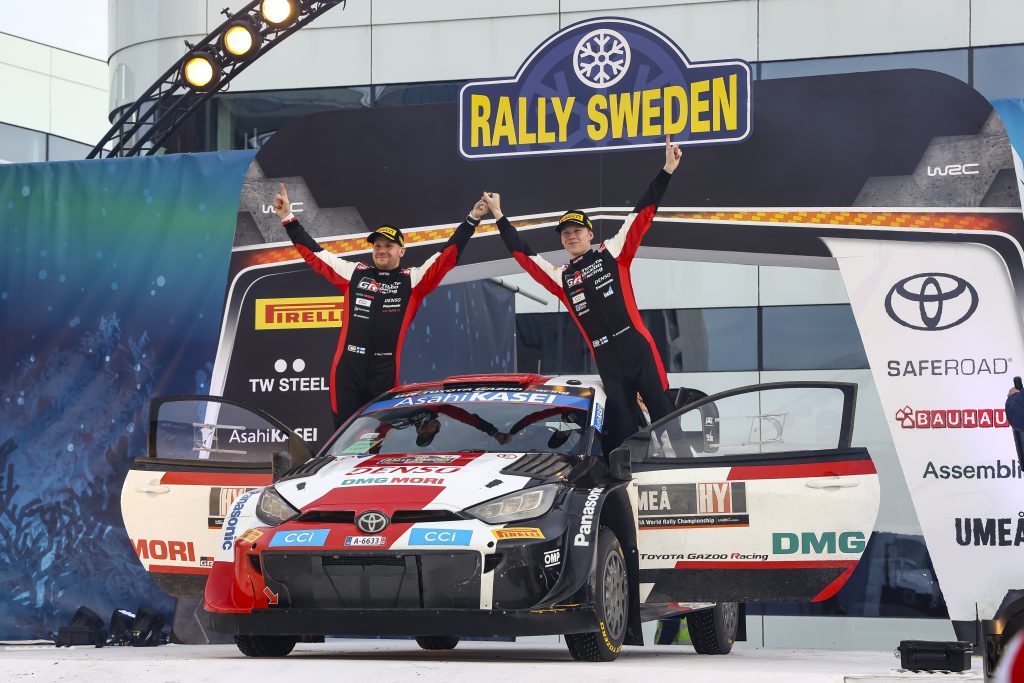 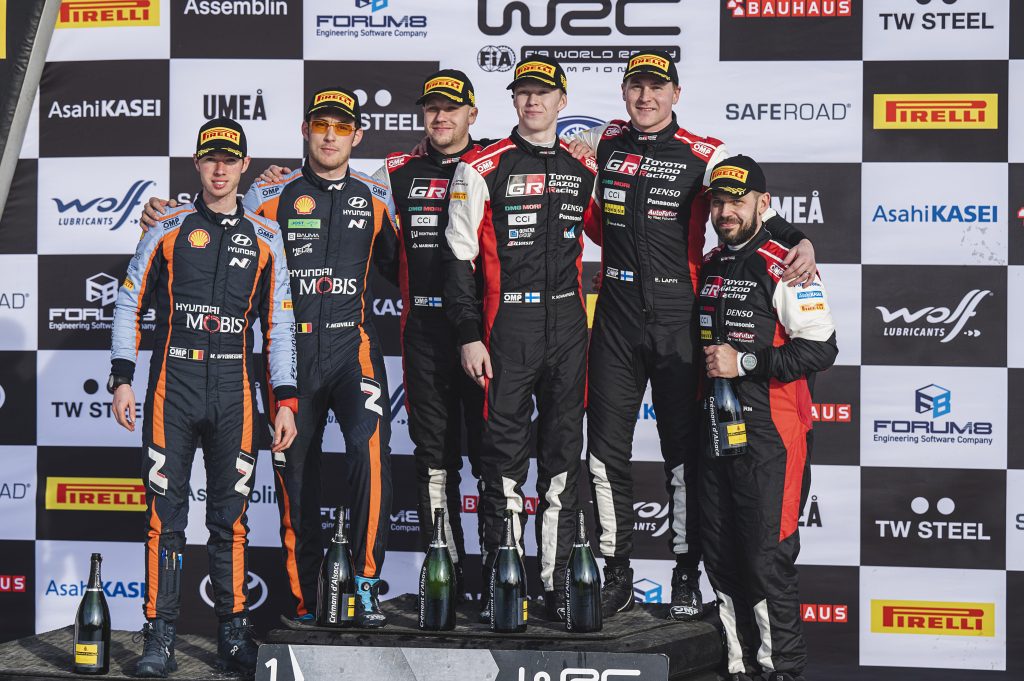 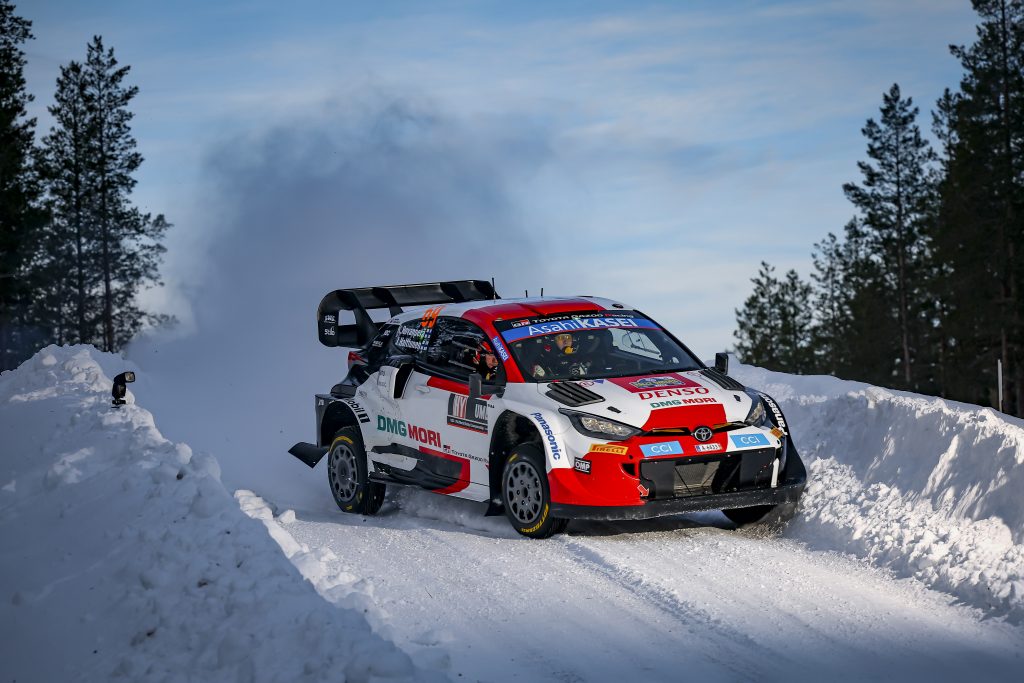 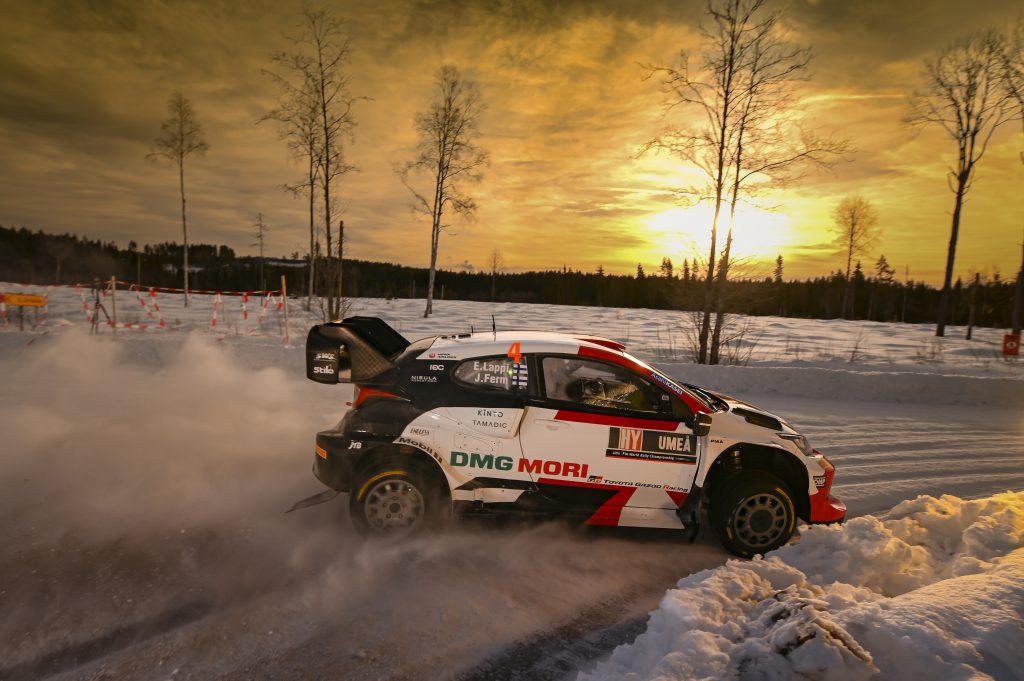