Home » Snow and ice the next test for GR Yaris Rally1

The Toyota Gazoo Racing World Rally Team have their sights set on a successful second event for their new GR Yaris Rally1 car on Rally Sweden this week (25 – 27 February). This is the only true winter round of the FIA World Rally Championship (WRC) season, held on high-speed roads covered in snow and ice.

The team intend to build on their promising start to the WRC’s new Rally1 era at Rallye Monte-Carlo last month, where the hybrid-powered GR Yaris proved reliable and fast on its debut and was only denied victory on the penultimate stage.

With Sweden not included in Sébastien Ogier’s programme of selected rallies this season, Esapekka Lappi will make his first start in the team’s colours since 2018. Kalle Rovanperä will open the road in Sweden as the highest-placed driver in the standings, after finishing fourth and winning the Power Stage on Rallye Monte-Carlo.

Elfyn Evans was part of the lead battle on round one before a small but costly mistake ended his chances of a strong result. He is hoping for a repeat of the championship’s last visit to Sweden in 2020 when he scored his first victory for Toyota. As on every round this season, Takamoto Katsuta will drive an additional GR Yaris Rally1 for TGR WRT Next Generation.

For this year, Rally Sweden has moved further north to a new home in Umeå, the largest city in northern Sweden. Its location is closer to the Arctic Circle than to the capital city Stockholm, which means extreme winter conditions are more likely. The stages will all be brand-new to the WRC but the characteristics that make it one of the most popular and spectacular rallies on the calendar will remain. Special studded tyres bite into the surface to provide grip on roads that are lined with snow banks, which drivers lean on to carry more speed through the corners.

Cars are set-up in loose-surface specification and Toyota Gazoo Racing have prepared over recent weeks with two days of testing on snow and ice for each driver: one in Finland and one in Sweden.

After a shakedown on Thursday, the rally will get under way on Friday morning with a loop of three stages to the north of Umeå. This will include the longest stage of the rally, Kamsjön, at 17.2 miles. All three will be repeated in the afternoon before a short ‘sprint’ stage in Umeå itself rounds out the day. A longer version of the Umeå stage is run twice on Saturday, as are two other tests to the west of the city. Sunday’s closing leg takes place to the north-west with a pair of stages run twice.

“Even though luck was not on our side at Rallye Monte-Carlo, we could see the reliability and speed of the GR Yaris Rally1 and that gives us a lot of encouragement going to Sweden. I have some good memories of Rally Sweden as a driver, including the first win for our team in 2017. It has been a successful event for us in the past but everybody is going into it on a similar level in terms of experience with the new cars in these conditions. The rally will also be taking place in a totally new area around Umeå, where we should be guaranteed a good amount of snow and the profile of the stages will be different to what we were used to before. It is great to welcome Esapekka back into our line-up for his first event with us this season: Like Elfyn and Kalle, he has been strong in these conditions before and I believe all four Toyota Gazoo Racing drivers have the potential for a really good weekend if everything goes well for them.”

“We didn’t start the year how we wanted to on the first rally, but the one small benefit is that our road position should be a bit better for Sweden. We want to capitalise on that as best as we can and, like always, do as well as possible. With everything being so new there have been a lot of different things to try during our testing on snow and ice, but overall I’m feeling comfortable. However, it’s always hard to tell exactly how fast you are on this surface because things like traction vary depending on the conditions. We’ve also been looking through the videos of the stages provided by the organiser, and they look very fast in places but also with some very narrow and technical sections.”

“Overall, I was really happy with our weekend in Monte Carlo. We started out in a difficult place but we did a lot of work together with the team to improve my feeling in the car. Of course, taking the extra points in the Power Stage means we start first on the road in Sweden and will have some road cleaning to do there on the first day. But we will do our best to take as many points as we can at the end of the weekend and hopefully we can still have a really good rally. In testing we were starting from zero with the snow setup for the new car and it felt a bit tricky to drive to begin with, but together with our team-mates I think we have made some steps in the right direction during the two tests.”

“I am very excited, to be competing at the highest level once more is something I have been looking forward to for a long time. It feels very natural to be working with the team again over the last few weeks and through testing. My feeling in the GR Yaris Rally1 was good from the beginning and it’s been getting better step by step. I think the events I did with a Rally2 car last year are helping me a lot to understand how best to drive these cars. Rally Sweden is an event I have always enjoyed and I have always been competitive there. We need to remember that it’s been five months since my last rally, but I believe we can be on the pace and I want to fight for the podium – that’s my minimum target. It won’t be easy but I feel it’s possible.”

Snow and ice the next test for GR Yaris Rally1 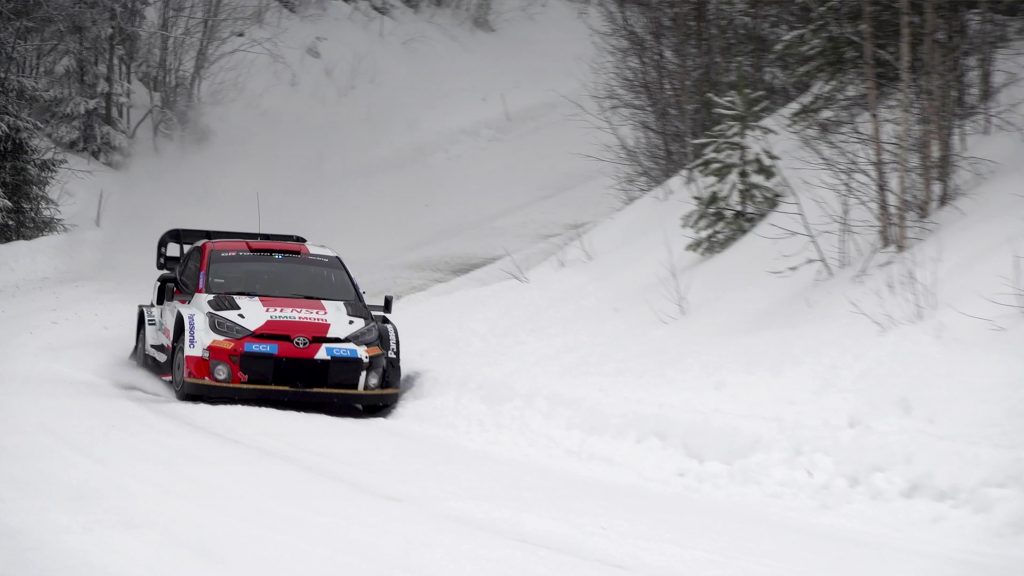