The Toyota Gazoo Racing World Rally Team are preparing to enter a key phase of the 2022 FIA World Rally Championship season at the Rally de Portugal (19 – 22 May), the first gravel event for the new GR Yaris Rally1.

The team have enjoyed a strong start to the WRC’s new hybrid Rally1 era, with Kalle Rovanperä impressively winning two of the first three rounds on snow and asphalt to lead the drivers’ championship by 29 points. Meanwhile, TGR head the manufacturers’ standings by 42 points. Portugal is the first of five consecutive rounds on gravel, so poses a new challenge for the latest generation of cars.

Rovanperä faces a new challenge too, tasked with sweeping the road on Friday on gravel for the first time in his career as WRC leader. Team-mates Sébastien Ogier and Elfyn Evans will have more favourable road positions, sitting eighth and ninth respectively in the standings. Evans will target a podium return on an event he won in 2021 while Ogier – making his second WRC appearance of the season – has five victories in Portugal to his credit, a joint record. Takamoto Katsuta is sixth in the championship after a consistent start to 2022 in his TGR WRT Next Generation entry; he finished fourth overall in Portugal last year.

The rally is based around the city of Porto, with the service park located in nearby Matosinhos, and its stages attract large numbers of passionate fans. The roads are fast but technical, with a surface that is usually soft and sandy at first but often becomes rocky and rutted for the second pass.

As in 2021, Coimbra once again hosts the ceremonial start on Thursday evening. This year it’s combined with a new super special stage on the city streets to kick-start the competitive action. Crews will stay overnight before tackling a trio of tests around Arganil, where there will be a tyre-fitting zone before the same stages are repeated in the afternoon. An additional test at Mortágua follows, and the Lousada super special rounds out the day upon returning north.

Saturday is the longest day of the rally, featuring 102 competitive miles. It starts with two tests in the Cabreira mountains before Amarante, the longest stage of 2022 so far at 23 miles. Following midday service, all three are repeated before another street stage alongside the mouth of the Douro river. Five stages bring the rally to a close on Sunday, with two passes of the famous Fafe test – the latter serving as the Power Stage finale.

Team Quotes
Jari-Matti Latvala (Team Principal)
“So far, we have been very competitive with the GR Yaris Rally1 on asphalt and snow across the first three rallies of the season. Portugal will be the first of three difficult rallies on gravel in just over five weeks and it will be very interesting to see the level of the different teams and cars. With so much of the season driven on gravel, it’s very important to be competitive on this surface, and providing our drivers with a reliable car will have to be a big focus across these next events. In Portugal, when it’s dry there’s a lot of loose gravel on top of the surface and this makes it very difficult for the first car on the road. This difficult task will be a new experience for Kalle on Friday, but we know that he’ll be able to keep his cool even if he’s losing time. On the other hand, we will have good starting positions with Elfyn and Seb and they should both have a strong possibility to fight for the victory.”

Sébastien Ogier (driver car 1)
“I’m excited to be back competing in Portugal. I’ve really enjoyed having some time off and now I feel quite fresh coming back. I’m of course happy to see the team have continued winning in the last couple of rallies, and I’m here not only to enjoy it and get some good results for myself but also to help win another manufacturers’ title. Portugal is a special place for me: I have a good connection with the country and the fans and have had some good success there over the years. It will be something different for me to not be starting near the front and hopefully that can be a bit of an advantage if it doesn’t rain. The biggest challenge will be getting back in the rhythm straightaway after only one test day on gravel last week. But at the same time, these cars are new for everyone on gravel, so let’s see what we can do.”

Elfyn Evans (driver car 33)
“As with a lot of rallies this year, it’s difficult to know how we will fare against the competition in our first event on gravel with the Rally1 cars, but the feeling in testing last week was generally quite positive. Portugal is a rally I’ve enjoyed more and more as the years have gone on, and it was great to win there last year. We could definitely do with a strong result on this occasion too and that will be the aim like always. With a run of gravel events coming up, hopefully we can hit the ground running in Portugal and then carry some momentum forwards. If it’s dry then our road position should be favourable, but that’s not an automatic ticket to a good result and there’s still a lot to focus on and to get right in order to make the most of it, especially as everyone tries to get comfortable in these cars.”

Kalle Rovanperä (driver car 69)
“The feeling with the new car on gravel has been quite good overall, especially in our pre-event test last week with some improvements made from before. Portugal is a rally that I usually like; the stages are nice and technical and there is a great atmosphere. For us, the road-cleaning will probably be the biggest challenge, especially as it’s something quite new for us. Friday could be much more important than on other rallies and we will try to be at a good pace straightaway to remain in contention for the rest of the weekend. The key thing in these next rallies will be to just try to keep calm and focus on doing a good job, without taking too much pressure or making mistakes, and keep taking good points where we can.” 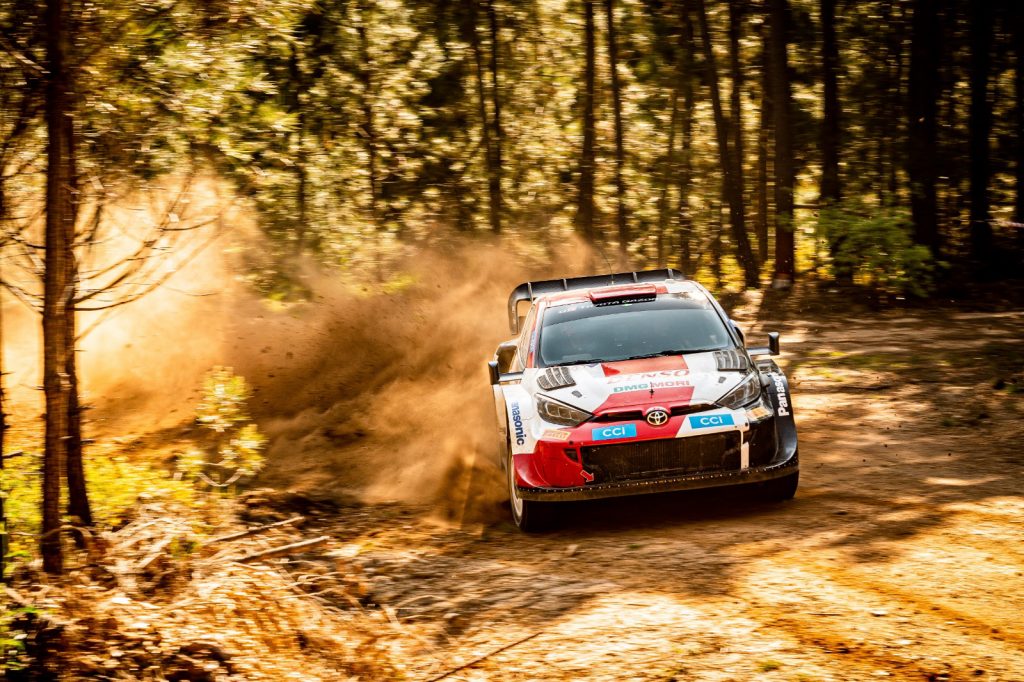