The first time the iconic Toyota 2000GT was shown as a final production model in Japan was at the 14th Tokyo Motor Show in 1967. As if seeing a brand new example of Japan’s first supercar wasn’t enough of an event in itself, Toyota gave the 1967 show car (frame #10130, engine #10181) a visual boost by painting it gold.  British supermodel Twiggy was recruited to stand on the Tokyo show stage alongside the gold 2000GT. After the show, Toyota generously gave the car to Twiggy as an expression of its gratitude for her assistance.

Following shipment of the vehicle to Britain, Twiggy took delivery of her brand new, gold 2000GT in February 1968. The press event and handover of ‘UBY 2F’ was hosted in the London showroom of the recently established Toyota (GB) Ltd.

As 18-year-old Twiggy did not yet have a licence, following the staged photo above, driving duties were handed to then boyfriend and manager Justin de Villeneuve.

Twiggy relinquished ownership of the car soon afterward and the distinctive Toyota was enlisted to play a cameo role in a new US TV production called The Ugliest Girl in Town. This new ABC sitcom first aired on 26 September 1968 and focused on the antics of Canadian comedian Peter Kastner and his courtship of English actress Patricia Brake while disguised as a female model – hence the series title.

Many of the outside sequences of London and its vibrant mod scene included product placements by six Toyota models and among these was Twiggy’s gold 2000GT, albeit tragically modified for the part with psychedelic, painted graphics.

The TV series was a commercial disaster and critically panned. So it was removed from schedules before all 20 episodes were aired. Often listed among the worst shows in television history, The Ugliest Girl in Town was never actually screened in the London area.

Perhaps it was embarrassment by association that led to the vehicle losing its key identifying feature, its gold paintwork, as after the series the 2000GT was resprayed bright red and was shipped to the United States. Toyota USA purchased the vehicle in 1981 and sent it to the classic car specialists at Hill & Vaughn in Santa Monica, California, for a full restoration. The gold colour was not discovered until a couple of decades later when an engine fire led to the commissioning of a further restoration.

As Hill & Vaughn had ceased trading Toyota USA entrusted the car to Shin Yoshikawa of Studio Time Capsule in Kern County, California. As a master fabricator, extraordinary cutaway artist, and author of the definitive written history of the 2000GT, Yoshikawa-san was best placed to restore car #10130 to its former glory.

Shin’s early inspection process revealed the car had been covered in an inappropriate red shade from the Ferrari palette. A tiny arc of gold paint was visible around the door latch which clearly showed the Toyota’s original colour and when this was cross-referenced against the frame and engine codes, immediately elevated the car to one of only two in existence. The numbers also connected it right back to its early life as Toyota’s 1960s show star.

A full restoration and bare metal respray was carried out and a total of seven coats of gold paint were applied, topped with three coats of lacquer.

After the 2000GT was put back together again it was finally returned to Toyota’s custody in the Toyota USA Automobile Museum in Torrance, California.  Mounted on an elevated platform reminiscent of the one upon which the car was first displayed almost 50 years ago, visitors to the museum now have an unrivalled view of its flawless restoration. The only thing that would complete the picture is Twiggy stood once again by its side. 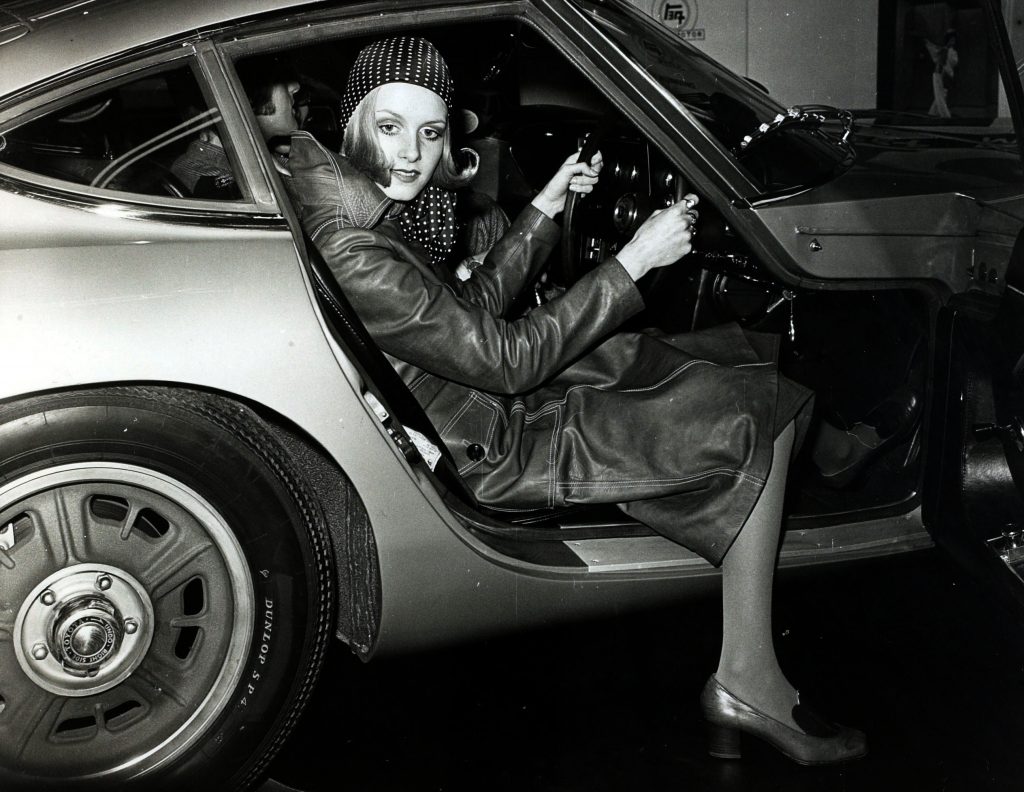 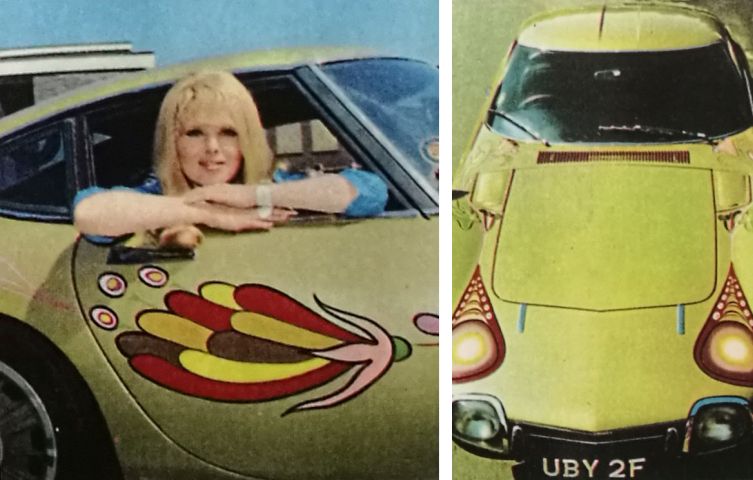 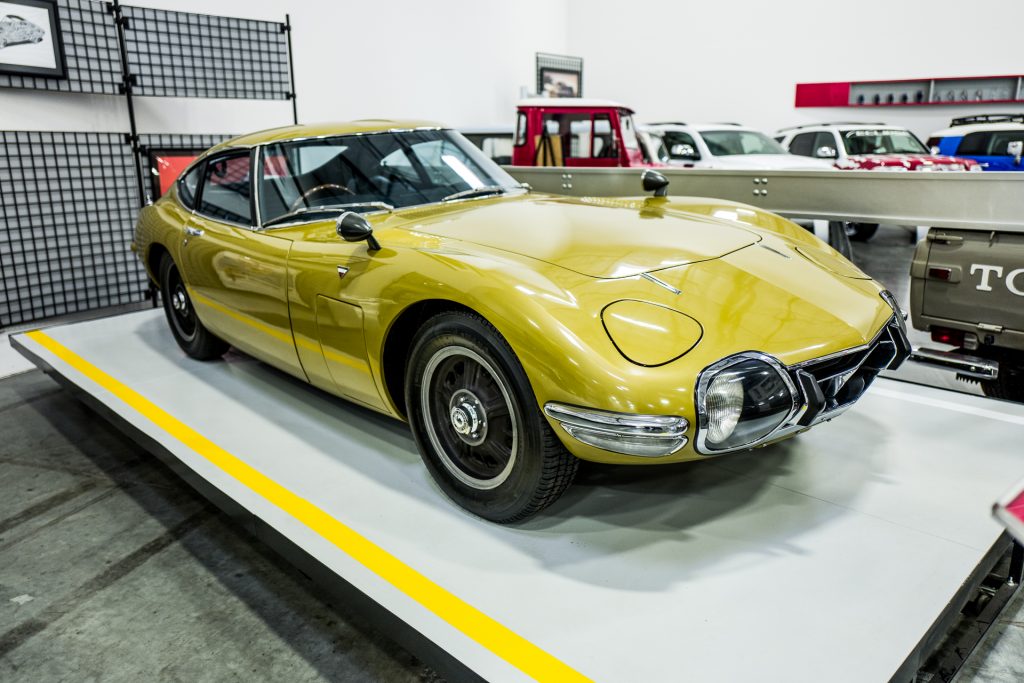 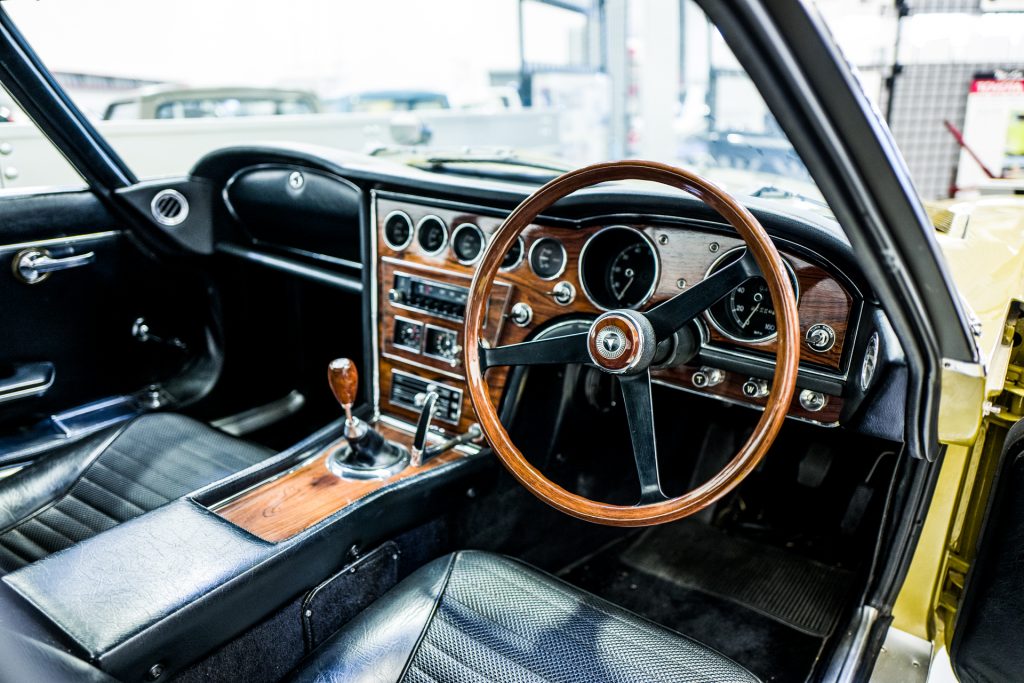 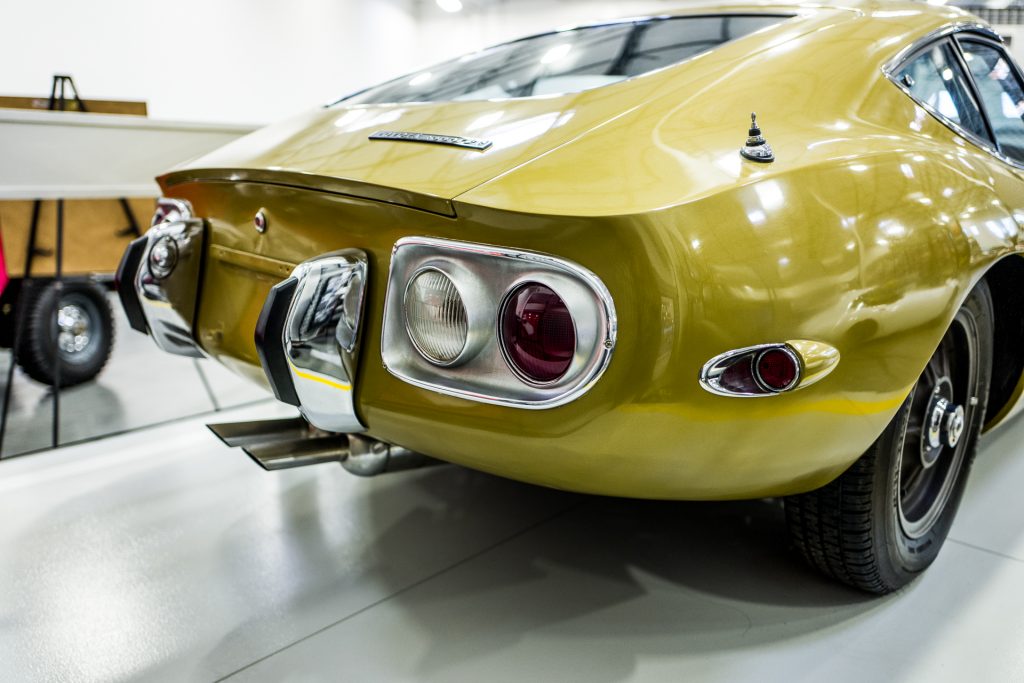