The Toyota Hiace has an enviable reputation for reliability, economy and an easy driving style. A raft of changes initiated for the new 2007 model year version strengthen its profile as a versatile choice for the business user, offering even stronger performance and enhanced quality.

Both versions of the 2.5-litre D-4D engine available in the range have been re-engineered to deliver more power and torque, making the Hiace an even stronger market proposition. At the same time, fuel economy and emissions have also been improved.

In addition, the new Hiace has a distinctive new look thanks to a number of styling changes to the front end, quality touches for the interior and some key new options, including full-map satellite navigation and passenger front airbag.

Toyota has upgraded the 2.5-litre D-4D common rail diesel engine offered in the Hiace, to give stronger performance, better fuel efficiency and improved emissions. As before, there is a choice of outputs to suit different customer needs.

The new Hiace has a wide torque band in both the standard engine and the high powered engine meaning less gear changing to achieve maximum torque power delivery which makes for a more comfortable driving experience.

These revisions ensure the Hiace remains competitive in its market segment, delivering the performance owners expect. The D-4D 120 now has a maximum speed of 94mph and two seconds have been sliced off mid-range acceleration from 50 to 62mph. Both engines comply with Euro IV emissions standards.

The increase in performance has not compromised Toyota’s commitment to achieving low running costs. Service intervals are at 20,000 miles with an oil and filter change scheduled every 10,000 miles.

FRESH NEW LOOK INSIDE AND OUT

The strong and reliable image of the Hiace has been refreshed for the 2007 model year with a new look for the front end and detail changes to the interior.

The new model is marked out by a more powerful bonnet line and more prominent bumper and grille.

The bold new headlights are larger than before and use a multi-reflector design. The position lamp and indicators are now housed within a single clear lens, giving a more contemporary look.

Inside the cabin, the focus has been on increasing the quality of the driving environment with a new four-spoke steering wheel, giving a more car-like feel, and a silver finish to the central instrument cluster. More contemporary seat fabrics have been introduced.

As before, all Hiace models are fitted with a driver’s airbag and ABS as standard. The safety provisions are strengthened with new front seatbelts with pretensioners and force limiters and the option of a passenger front airbag.

The new Toyota Hiace range continues to offer a generous choice of body styles to suit a wide range of different business needs. The core three-seat panel van is available in both short and long wheelbase versions, with respective Gross Vehicle Weights of 2.8 and 3.0 tonnes. It can be specified with either a rear lift door, or swing-out doors that open to 180 degrees.

The short wheelbase model is designed to offer enough space to carry two Euro pallets, having a load length of 2,335mm. On long wheelbase versions, this measurement increases to 2,780mm.

The new Toyota Hiace goes on sale in the UK from 16 October.

Product Line Up & Pricing
Range simplified to one grade with the full selection of power, door and wheelbase options.

CVOTR – Commercial Vehicle On The Road price includes all “on the road” charges but excludes VAT at 17.5%. Note vehicles registered before 1st January 2007 qualify for a £60 reduction in VED rate for Euro IV Light Goods Vehicles. Prices above include VED at reduced £110 rate. 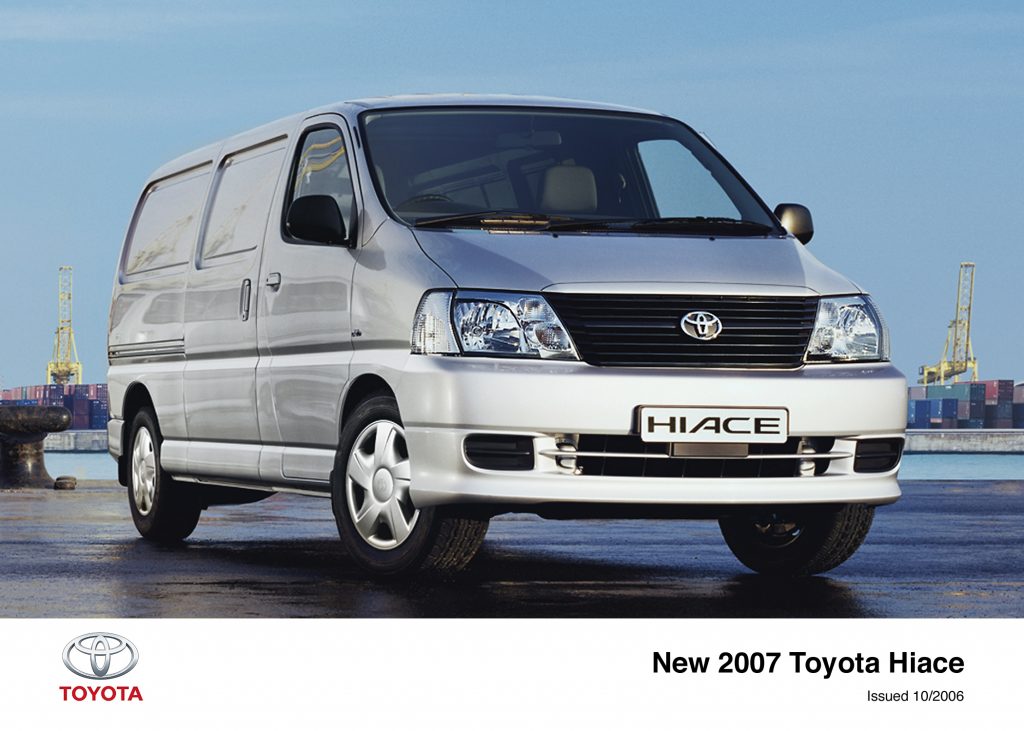 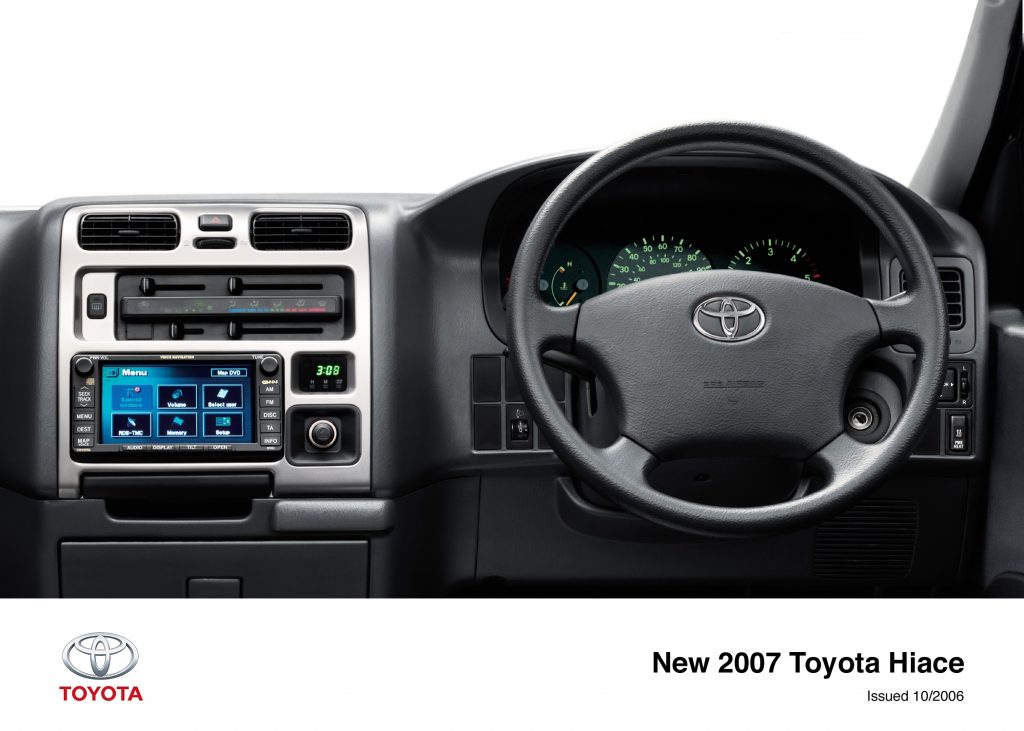 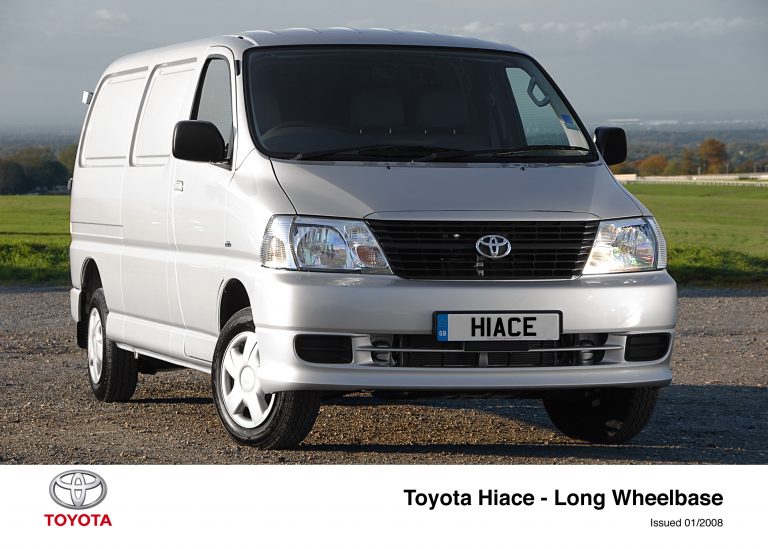 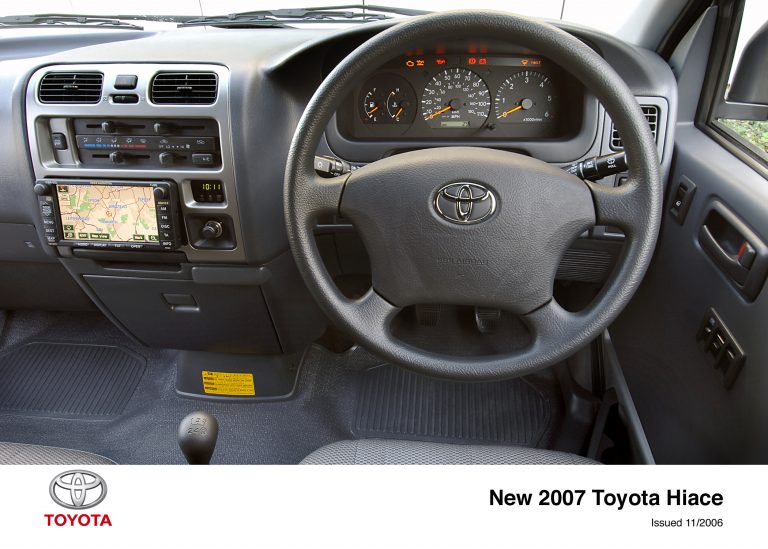 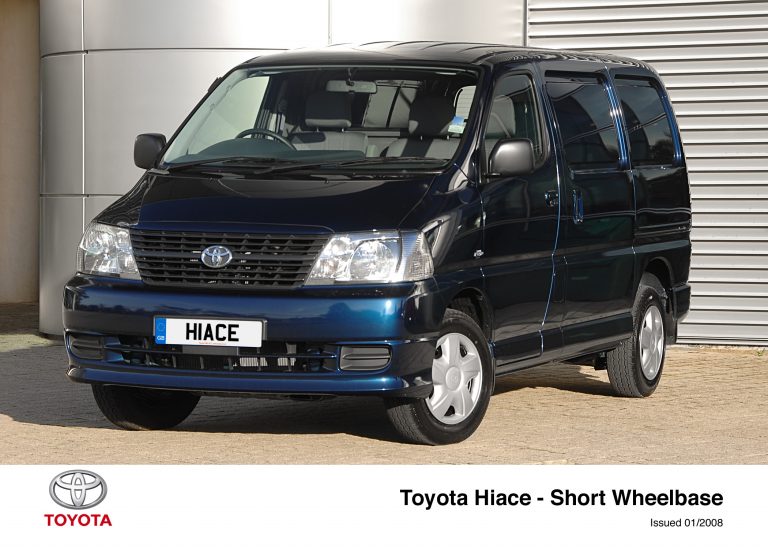 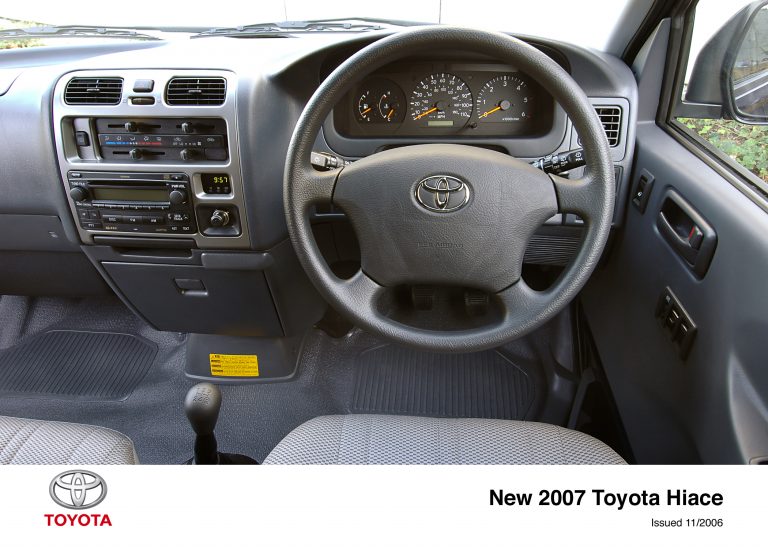