Toyota Gazoo Racing’s Nasser Al-Attiyah and navigator Mathieu Baumel will take part in the Rally of Morocco, which starts tomorrow and continues through to 13 October. They will be racing in the same Toyota Hilux that took them to second place on this year’s Dakar Rally. The car is also the event’s reigning champion, thanks to the victory achieved by their teammates Giniel de Villiers and Alex Haro in 2019.

Al-Attiyah and Baumel will be aiming to improve their position in the FIA’s World Cup for Cross-Country Rallies, a competition the duo previously won three years running, from 2015 to 2017, taking two victories behind the wheel of a Hilux.

The 2021 World Cup consists of six points-scoring rounds. The Toyota Gazoo Racing crew drew first blood by winning the Andalucia Rally in Spain earlier in the year. They elected not to compete in rounds two and three but are now ready to take on the competition in Morocco.

Al-Attiyah and Baumel are in second place in the standings, only half a point behind the title leaders, and two points clear of third place.

The terrain in Morocco is extremely rugged, with rocky tracks and small dunes making up the bulk of the route. As such, it also offers crews a chance to prepare for the Dakar Rally, which will take place in similar conditions in Saudi Arabia in January 2022.

Toyota Gazoo Racing recently completed a comprehensive test session in Namibia, with the primary purpose of developing their new GR DKR Hilux T1+ for Dakar. This prototype will remain in development in South Africa for the remainder of the year.

The  Rally of Morocco comprises five stages totaling 1,015 miles of timed racing, with 620 miles of liaisons, bringing the total rally distance to 1,635 miles. The race will be based around the town of Zagora, with a single bivouac service park for the entire rally. Al-Attiyah and Baumel will be racing in Toyota Gazoo Racing colours, with support from Overdrive Racing.

Glyn Hall, Team Principal, said: “We are very excited to see Nasser and Mathieu back in action, especially with an eye on the FIA World Cup title. The terrain in Morocco also serves as good training for the Dakar Rally, and while we’ll be taking a new car to Saudi in January, Nasser and Mathieu are sure to gain a lot from their experience in Morocco.”

Nasser Al-Attiyah said: “The Rally of Morocco is always a good one. It is a tough race over really difficult terrain, but it is also very rewarding if you manage to deal with its many challenges. Our Hilux has proven itself as a race winner, so we have every reason to hope for a good result.”

Mathieu Baumel added: “The Rally of Morocco is traditionally a big navigational challenge. This year, many of the tracks will overlap, because of the cloverleaf layout of the route. This will further complicate matters, but even so, we are looking forward to the challenge.” 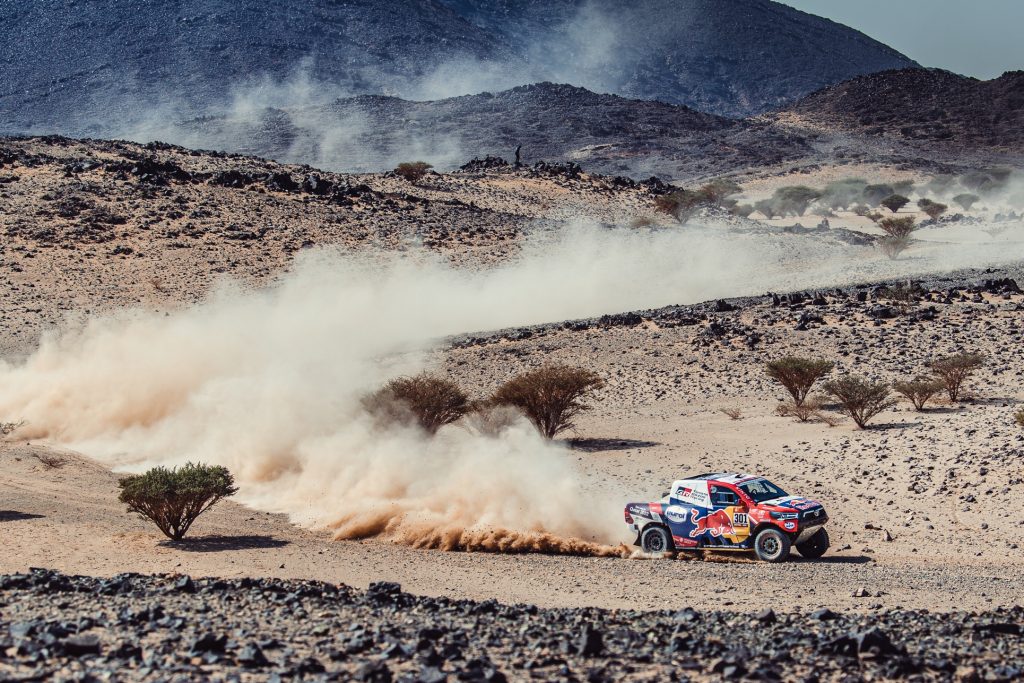 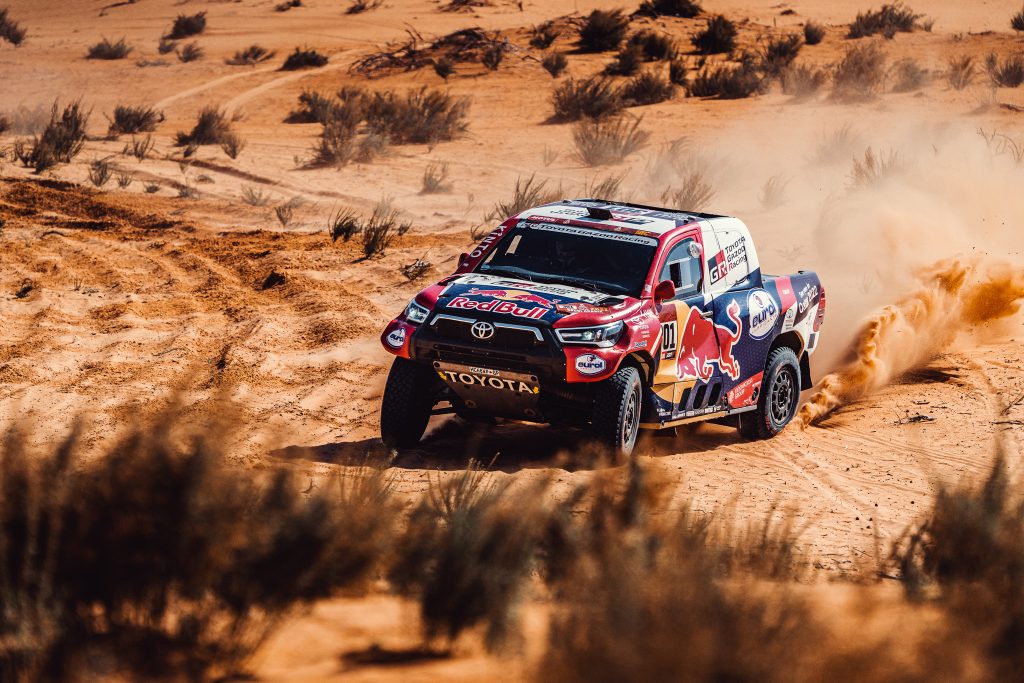 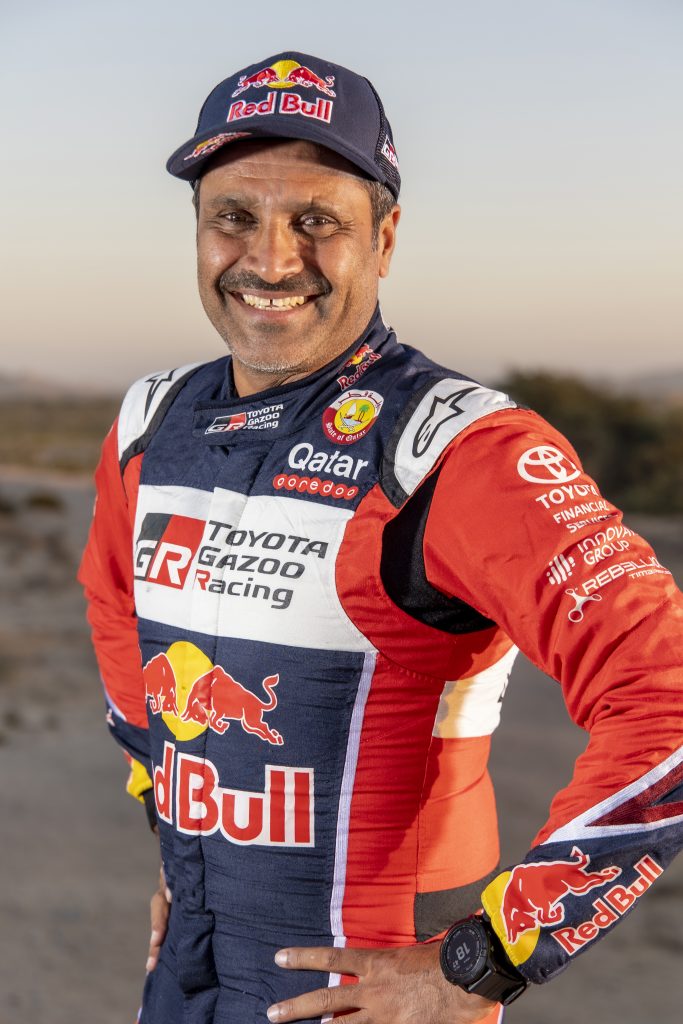 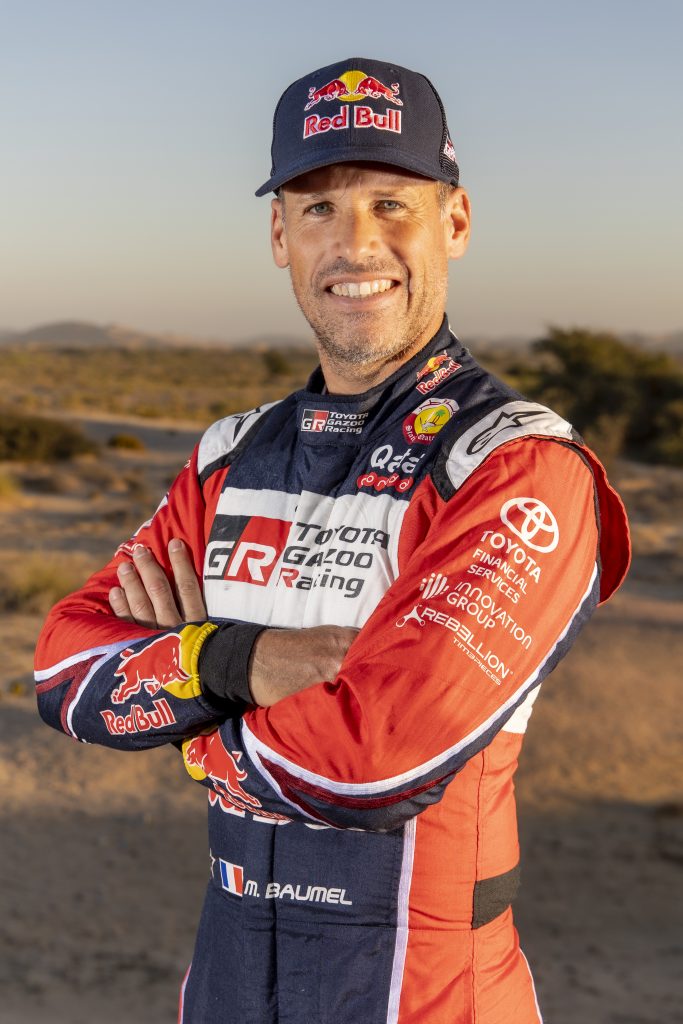