NEDO, Sharp Corporation and Toyota Motor Corporation today announced a plan to start public road trials from late July 2019 to assess improvements in the cruising range and fuel efficiency of electrified vehicles equipped with high-efficiency solar batteries. To enable the trial, Sharp has modularised its world-class, high-efficiency solar battery cells1 (conversion efficiency of 34 per cent-plus2), previously developed for a NEDO-led project3, to create an onboard solar battery panel. Toyota has installed this panel on the roof, bonnet, tailgate and other parts of its Prius Plug-in Hybrid to produce a demonstration car for trials on public roads. By enhancing the efficiency of the solar battery panel and expanding its onboard area, Toyota was able to achieve a rated generation output of around 860W4, a figure around 4.8 times higher compared to the production Prius Plug-in model (equipped with a solar charging system).

In addition to substantially boosting its power generation output, the demo car employs a system that charges the driving battery while the vehicle is parked, as well as when it’s being driven. This development is expected to lead to considerable improvements in electric-powered cruising range and fuel efficiency.

Toyota plans to conduct the trials in various driving conditions in Toyota City, Aichi Prefecture, Tokyo and other areas. Data, including the solar battery panel’s power generation and the amount the drive battery is charged, will be gathered and verified, and used in the development of an on-board solar recharging system. Toyota plans to share a selection of trial data results with NEDO and Sharp.

The PV-powered (photovoltaic) Vehicle Strategy Committee5, sponsored by NEDO and others, will evaluate the benefits based on improvements in CO2 emissions reductions and convenience, such as the number of times a vehicle needs recharging. The goal is to contribute to the creation of a new solar battery panel market, including the transport sector, and find new solutions for energy and environmental issues.

* Maximum amount of charge generated by the solar charging system while the vehicle is parked or being driven, converted into travelling distance according to the JC08 Japan test cycle. Calculation based on the Japan Photovoltaic Energy Association Labelling Guidelines (FY2016), taking into account the various losses incurred in onboard systems. Solar radiation amount calculated based on the daily data of the average year between 1990 and 2009 in the Nagoya district (source: NEDO). ** Battery Electric Vehicle.

In April 2016, NEDO, a national research and development organisation in Japan, set up the PV-powered Vehicle Strategy Committee, which comprises members from industry and academia. With the goal of finding solutions to energy and environmental issues in the transport sector, the committee’s research focuses on solar power systems. Sharp and Toyota are active committee members. The committee’s achievements thus far include estimates6 of the potential to achieve an output of 1kW in vehicles, in spite of the limited space available to install power systems, by using a solar battery module with a conversion efficiency of 30 per cent-plus, zero annual recharging (depending on usage patterns) and estimates of the benefits from a reduction in CO2 emissions.

The demo car is equipped with a solar battery panel that uses several solar battery cells with a conversion efficiency of 34 per cent-plus. The shape of the module, its environmental durability, surface materials and other factors are based on specifications for driving trials implemented by Toyota.

The solar battery cell is a film of about 0.03mm in thickness. This makes it possible to install it efficiently over the curved parts of the car, including the roof, bonnet and rear hatch. The rated power generation output of the demo car is approximately 860W.

Previously, the Prius Plug-in Hybrid only charged the driving battery when the vehicle was parked. With improvements in power generation output, the demo car employs a system that charges while the vehicle is being driven. This is expected to significantly boost the BEV mode cruising range and fuel efficiency.

Toyota plans to share a selection of trial data results with NEDO and Sharp. The PV-powered Vehicle Strategy Committee and other bodies will evaluate the benefits from improvement in the reduction of CO2 emissions and the improvement in convenience, including the number of times a vehicle needs charging. The goal is to further contribute to the creation of a new solar battery penal market, including the transport sector, and to find solutions for energy and environmental issues.

1   High-efficiency solar battery cell  Development of the cell was carried out by a NEDO-led project. Applications were envisaged for the power generation business to achieve a cost of ¥7/kWh. The project aims to focus on the high conversion efficiency rate and verification of its potential for use in vehicles. https://www.nedo.go.jp/english/news/AA5en_100070.html

2   Conversion efficiency of 34percent-plus Calculation based on cell output (as measured by Sharp) under AM1.5 G standard solar battery test conditions as stipulated by international standards.

4   Approximately 860W. Total module output based on calculation of cell output (as measured by Sharp).

5   PV-powered Vehicle Strategy Committee: established by NEDO in April 2016 to conduct research and investigate automotive photovoltaic systems with the goal of further contributing to finding solutions for energy and environmental issues and to create new markets.

6   Estimates: examined the (1) benefits of CO2 emissions reduction, (2) user convenience (number of times the vehicle requires charging), and (3) benefits of CO2 emissions reduction to society at large when the use of PV-powered vehicles is wide spread. The results were published in an interim report released in January 2018. (https://www.nedo.go.jp/english/news/AA5en_100358.html) 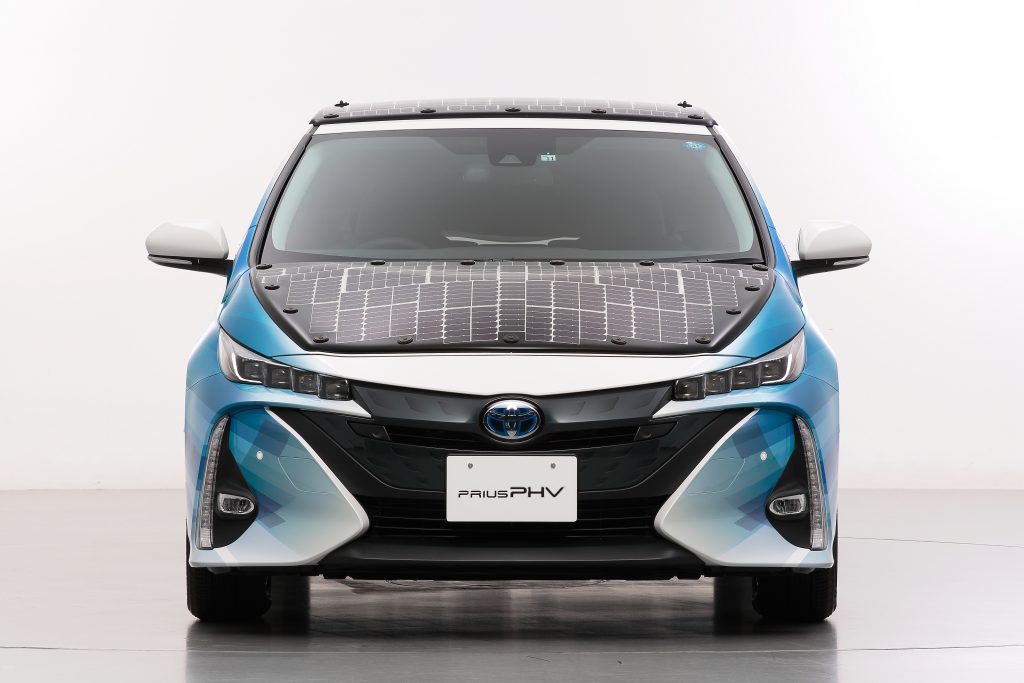 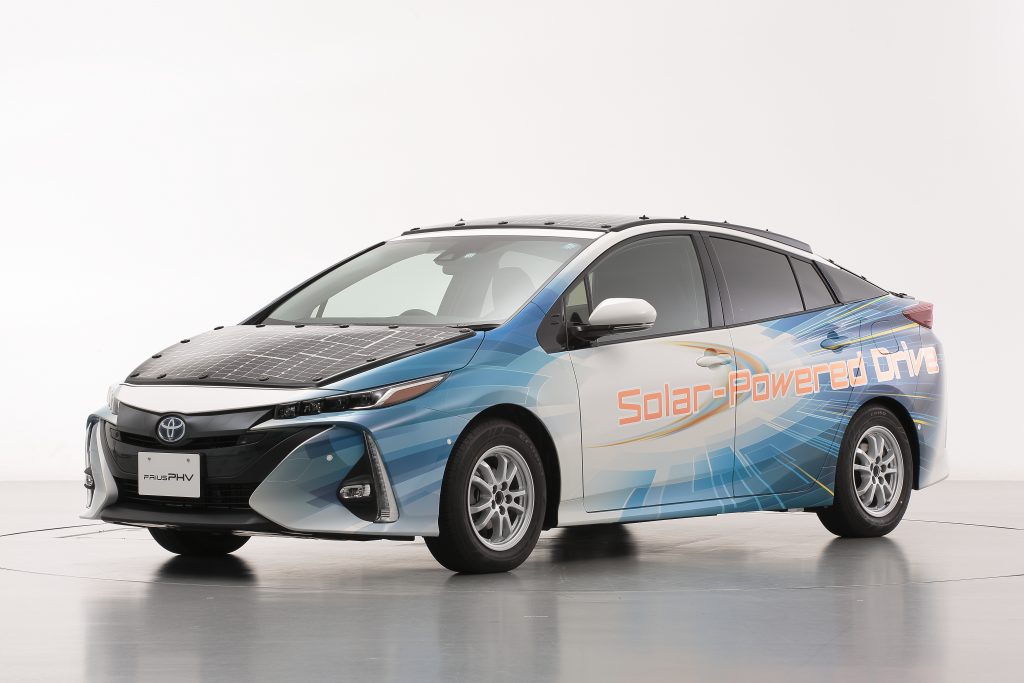 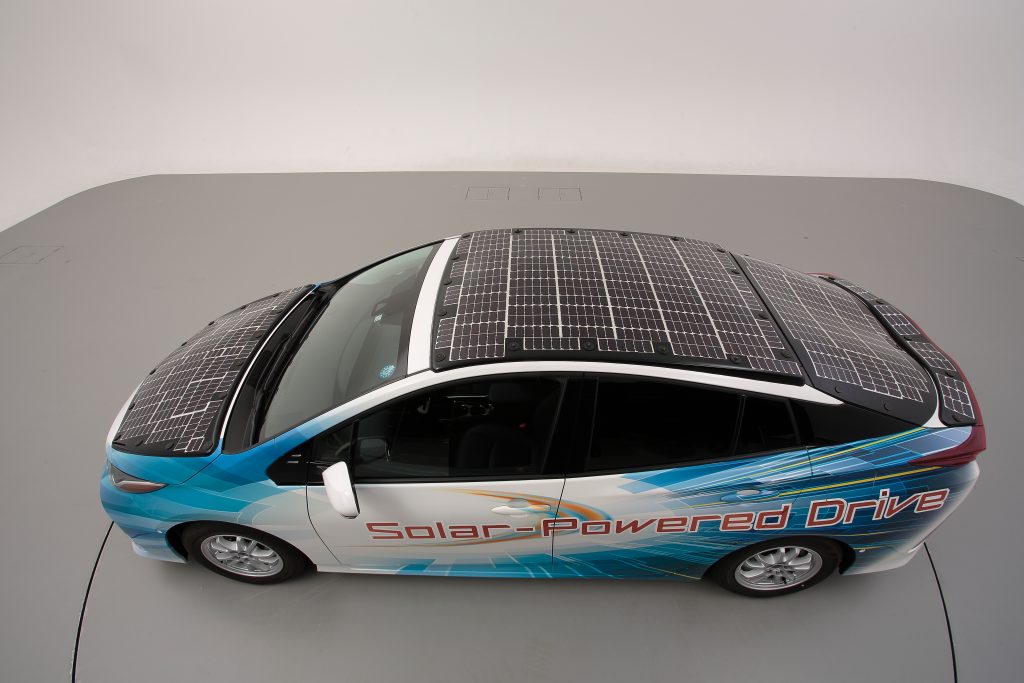 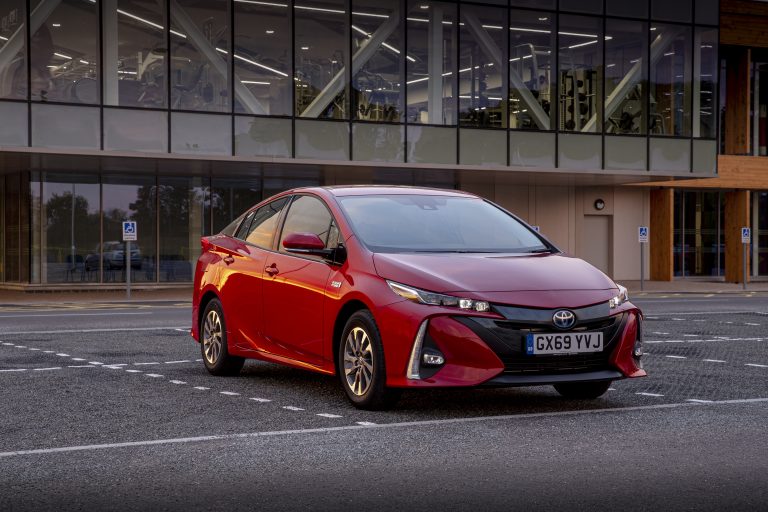 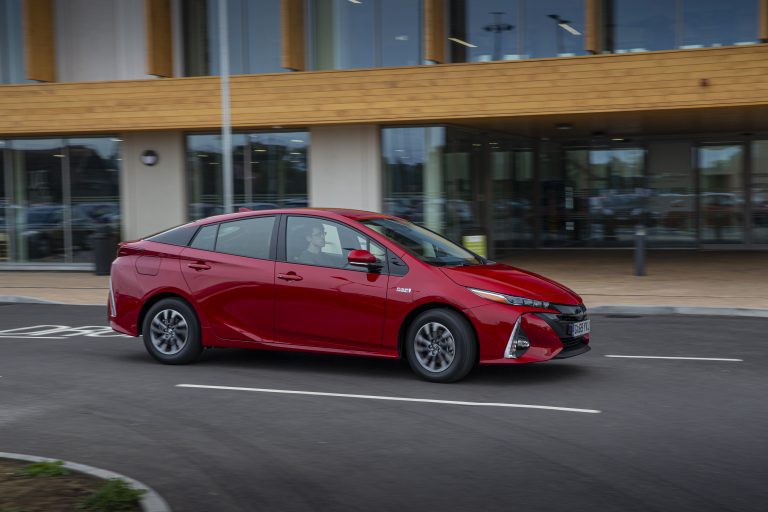 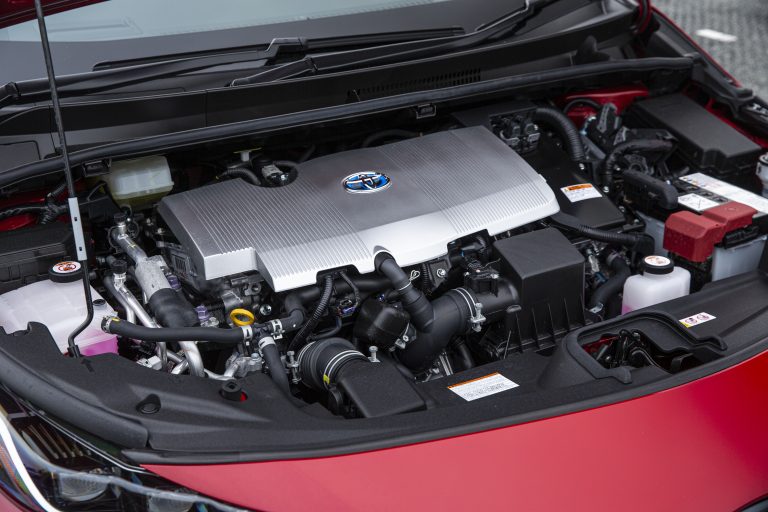 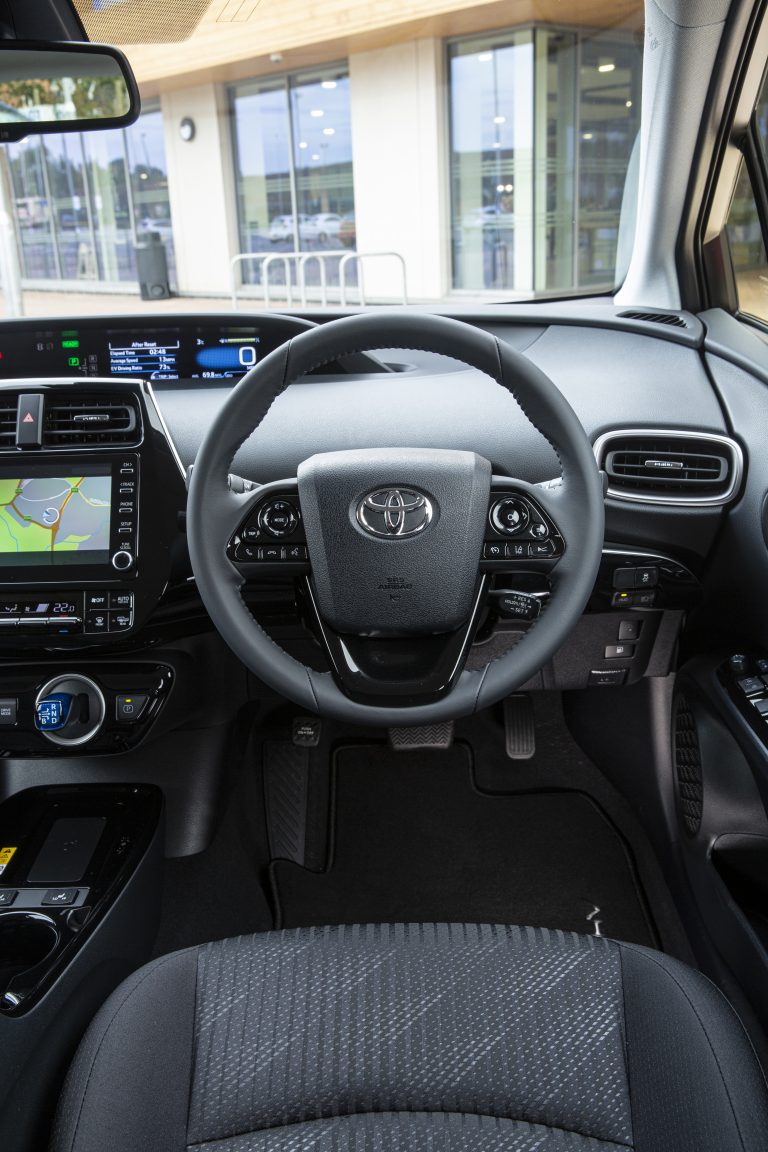 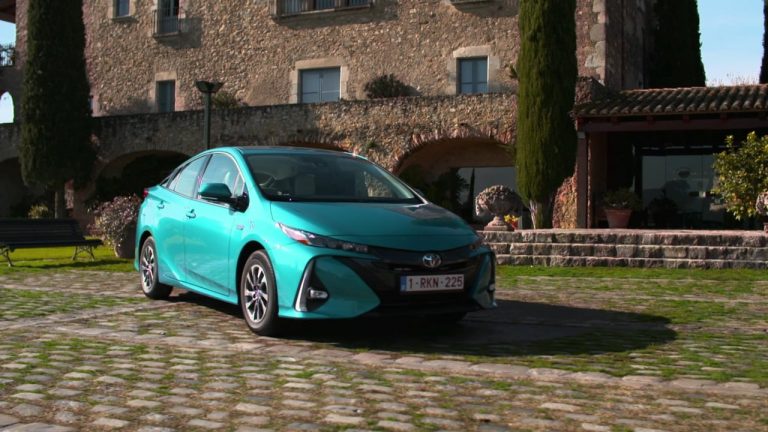 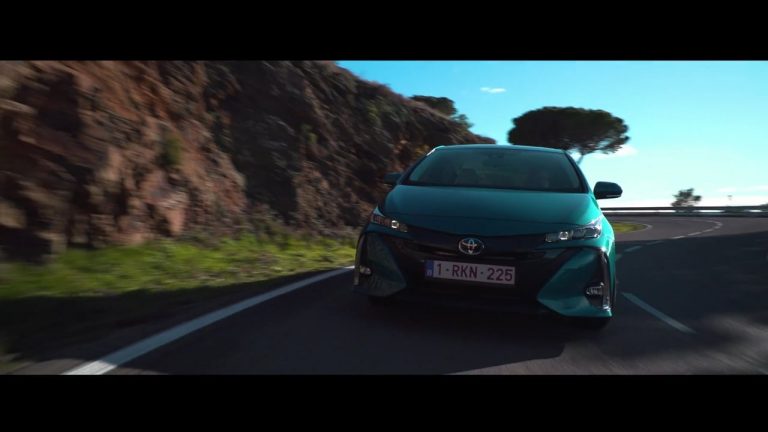 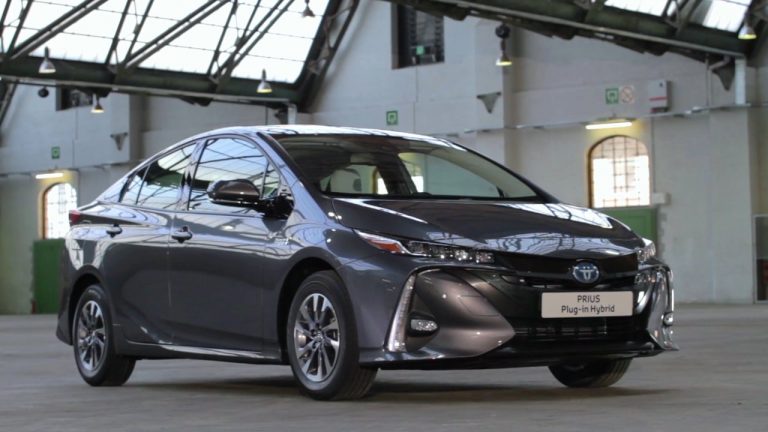 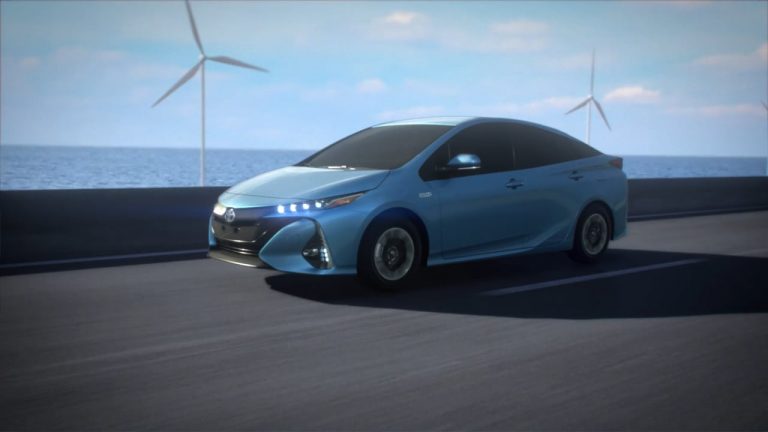