As well as sponsoring the three-day event, TGRSA are leading participants, fielding four Toyota Hilux crews that will take on a 1,000km route across tough terrain in South Africa’s Northern Cape. Their line-up will include a new turbo V6 engine and racing chassis making their race debut.

“This is the only marathon event on the South Africa Cross-Country Series calendar, and as such it offers us an unparalleled opportunity to test our Toyota Hilux in conditions that resemble those found on many Dakar stages,” said Glyn Hall, Toyota Gazoo Racing SA Team Principal.

Changes to the sport’s international regulations have given them the opportunity to try out a new 3.5-litre turbocharged V6 petrol engine and an associated evolution of the race vehicle’s tubular frame and geometry. The engine has undergone bench testing at the team’s HQ at Barbecue Downs prior to making its race debut in one racing Hilux this week.

“This is an exciting development, as the new turbo petrol engine’s torque curve and savings in weight and fuel consumption are sure to set us in a new direction. The chassis is a new design and offers many possibilities for future development,” said Hall.

While the factory team will be in the hunt for overall victory and honing the Toyota Hilux in preparation for Dakar 2022, the Road to Dakar brings a challenge to those crews hoping to secure an entry to the famous race. Privateer teams can win free entry to the 2022 Dakar, together with an €8,000 cash prize.

The TGRSA 1,000 Desert Race will start with a qualifying race to determine the starting positions for the main event. The qualifier will take place on Friday afternoon (18 June), with the two main race loops following on the Saturday and Sunday. 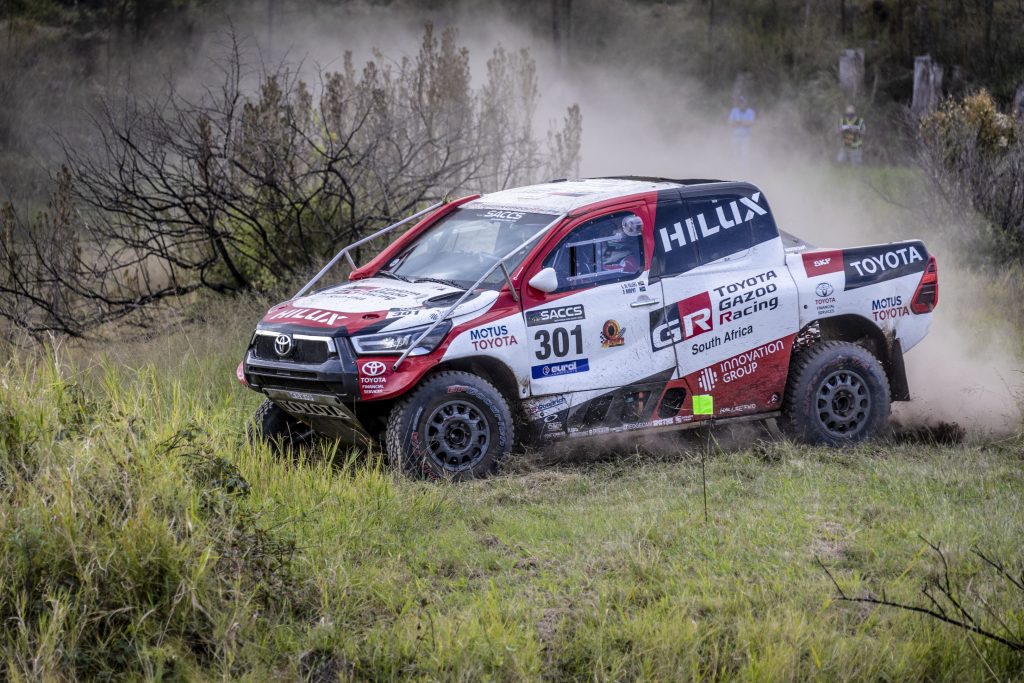