Sébastien Ogier and his co-driver Julien Ingrassia have claimed their seventh FIA World Rally Championship titles* with victory in the Toyota Yaris WRC in an eventful deciding round of the 2020 season at Rally Monza.

Ogier has achieved his latest success in his first season with the Toyota Gazoo Racing World Rally Team. The Frenchman becomes the fifth different driver in 30 years to win the WRC title driving a Toyota, reclaiming his crown after Ott Tänak won the championship with the team in 2019.

In a season like no other following the disruption caused by the coronavirus pandemic, Ogier went head-to-head with team-mate Elfyn Evans for the drivers’ title in the final round at Monza, which proved to be a demanding new addition the WRC calendar. As well as having to negotiate technical mixed-surface stages at the historic Italian motor racing venue that were made extra-challenging by continuous rain on Friday, the crews ventured onto nearby mountain roads on Saturday and encountered winter conditions that made driving treacherous.

Already a winner in Sweden and Turkey this year, in what was also his first season with Toyota, Evans was running in a podium position on Saturday when he slipped off the road on a slippery right-hander. Having not finished outside of the top four all season up to this point, he was able to return to action under restart rules on Sunday, retaining a slim possibility of claiming a maiden world title.

The initiative however was with Ogier, who had moved into the rally lead on Saturday morning in conditions likened to those usually found on Rallye Monte-Carlo, where he is a seven-time winner. He took an advantage of 17.8 seconds into the final day, which consisted of three more stages around the Monza circuit and park. Once again, the rain made things challenging, particularly on the last stage, but Ogier made it through with a final margin of 13.9s.

Tommi Mäkinen joined Ogier and Ingrassia on the Monza podium overlooking the pit straight in his final event as Team Principal before he takes on a new role as Motorsport Advisor to Toyota from January 2021.

Toyota finished one-two in the drivers’ and co-drivers’ standings, with Evans and his navigator Scott Martin in second position following a breakthrough season in which they challenged for the championship for the first time.

Completing a remarkable year for the team’s all-new driver line-up are Kalle Rovanperä and Jonne Halttunen, who secured fifth in the championship with a sixth top-five finish in seven events in their rookie season at rallying’s top level.

In the manufacturers’ championship, Toyota came a close second, five points away from the winner, thanks to the efforts of its full-season line-up who won four of the seven events between them.

Takamoto Katsuta completed his five-round schedule in a Yaris WRC as part of the Toyota Gazoo Racing WRC Challenge Program in style with victory in the rally-ending Power Stage – his maiden WRC fastest time.

“Congratulations to Sébastien and Julien for their victory in Monza and the 2020 championship! One of the team members sent me a picture of Sébastien today which was taken one minute before he left the service park. He was still checking the stage data until the very last minute he had to leave. I also received another picture of him between stages: Even during the rally, he was answering Takamoto’s questions thoroughly and politely. Of course, I’m very happy for his championship title, but when I saw these pictures I felt even happier. Thank you for choosing our team and fighting with us. Unfortunately, we were not able to achieve the manufacturers’ title. I think that’s because there is still something missing in our Yaris WRC, and also as a team.

“Elfyn might be thinking that it was because of his retirement before the end of Saturday. But it was he himself who had the toughest moment due to the incident, as the possibility for him to become champion suddenly looked unlikely. However, the first thing he said when he was back in the service park was that he was very sorry for the team, that he couldn’t contribute towards the title. It is quite disappointing that we missed it, but I was moved to see his team spirit. Kalle also showed us a great development this year and so did Takamoto, who won the Power Stage in Monza against the top drivers! I am really happy to have all the crews in our team and to see them fight together through this tough year. Thank you very much for drivers, co-drivers, mechanics, engineers, and all other team staff.

“This was the last rally for Tommi as the Team Principal. I am very grateful to be able to work with him. When we decided to go back to the WRC, I asked him to help develop a car and to build a team. To be honest, I was thinking that my request was a bit too much of a challenge. But he did it with only a year of preparation, and the team already came in second place in its debut round and won the next round in Sweden. We experienced many difficulties after that, but every single experience had meaning and made our cars stronger. It is one of my best memories that we climbed up the roof of Yaris WRC together when we won Rally Finland in 2018.

“Thanks to Tommi, we were also able to develop GR Yaris. He led us to change our way of making cars through participating in the WRC. As we already announced, his role from next year will be as our Motorsport Advisor. He will continue supporting Toyota to make ever-better cars.

“Last but not least, I would like to thank the rally organisers who made it possible to have seven rallies in this difficult situation, and our fans who continually supported us. I’m looking forward to have exciting battles with our competitors in 2021 on many different roads around the world!”

“It’s a great feeling once again: this time we are first and second in the drivers’ championship. Well done to all of our drivers and co-drivers; they all did great seasons. For Seb to win seven championships is an absolutely incredible achievement and I’m pleased he could do it with our car. Elfyn also has been brilliant as we had expected when we signed him. I’m also thankful to our whole team. They have done such great work and I’m now feeling very confident to leave the team to continue the great work that they’ve done since we started. It’s a great example of solid teamwork and how much you can achieve, and I’ll be following them closely and be with them all the time.”

“For sure, this is a good day for us. It’s been an incredible weekend and very, very challenging. This last stage was definitely one of the less enjoyable stages of my career. It was so rough, we were just trying to survive and not make mistakes. We knew coming here that the only thing we had to do was to win this rally. The start of the rally was very tight but we kept to our plan, we kept pushing and trying to keep the pressure on. What happened to Elfyn was significant for us and our title hopes. At the same time I felt for him and Scott, they did a great season. I feel the team would also have deserved to win the manufacturers’ title; we fought as three drivers against five and came so close. But this seventh title for me is also a big achievement for the team and I couldn’t have done it without them, so thank you to them and I’m looking forward already to this bonus season for my career in 2021.”

“Today it was obviously difficult to get going again after what happened yesterday. We were targeting the Power Stage and I think the pace was quite good but unfortunately we managed to stall the car twice in quite extreme conditions. We still managed to get some points from there to make sure we were able to secure the position behind Seb in the championship – congratulations to him and to Julien. To finish the season in second place is obviously not what we wanted, but it’s still not bad and a step forward on my previous seasons. I’ve really enjoyed my first year with Toyota Gazoo Racing and I’m sure with the motivation within the team we can continue to improve and be in better positions next year.”

“It has been a tricky weekend and today it was just about getting through. On the Power Stage I was careful. It was very rough conditions on the gravel sections and it was good to get to the end and finish the rally. It has been quite a nice first season for me with a World Rally Car. I think we did quite well. We had some bad luck in some rallies, which is normal in rallying, and we had some good weekends too. The main thing is that we had quite a consistent season and proved that we can be fast also. Big thanks to the team and congratulations to Seb and Julien.

* Subject to the official publication of the results by the FIA 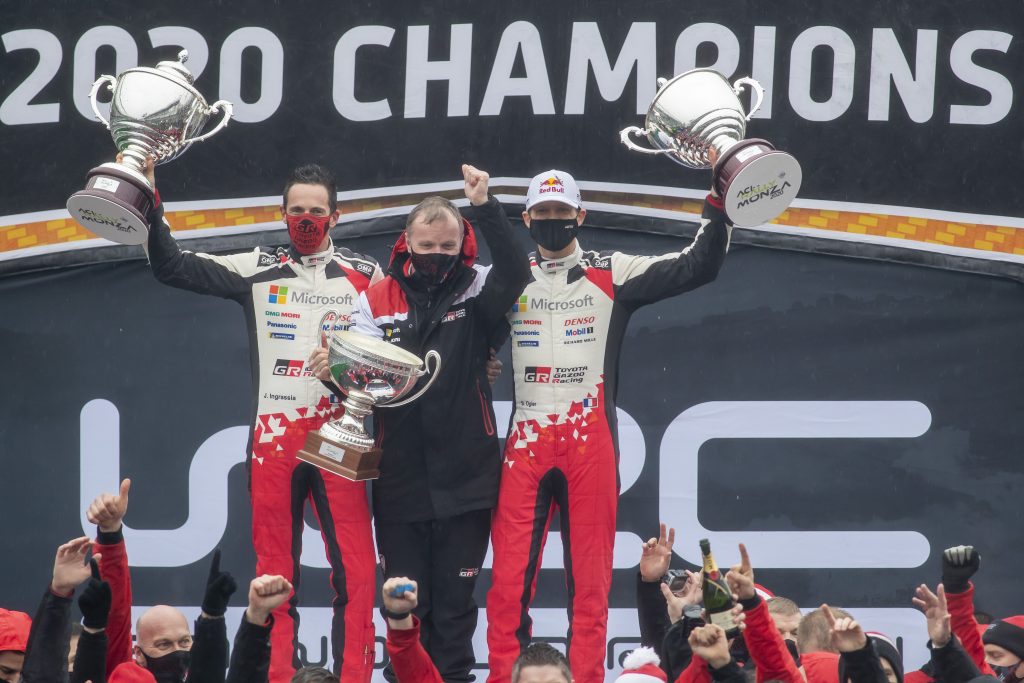 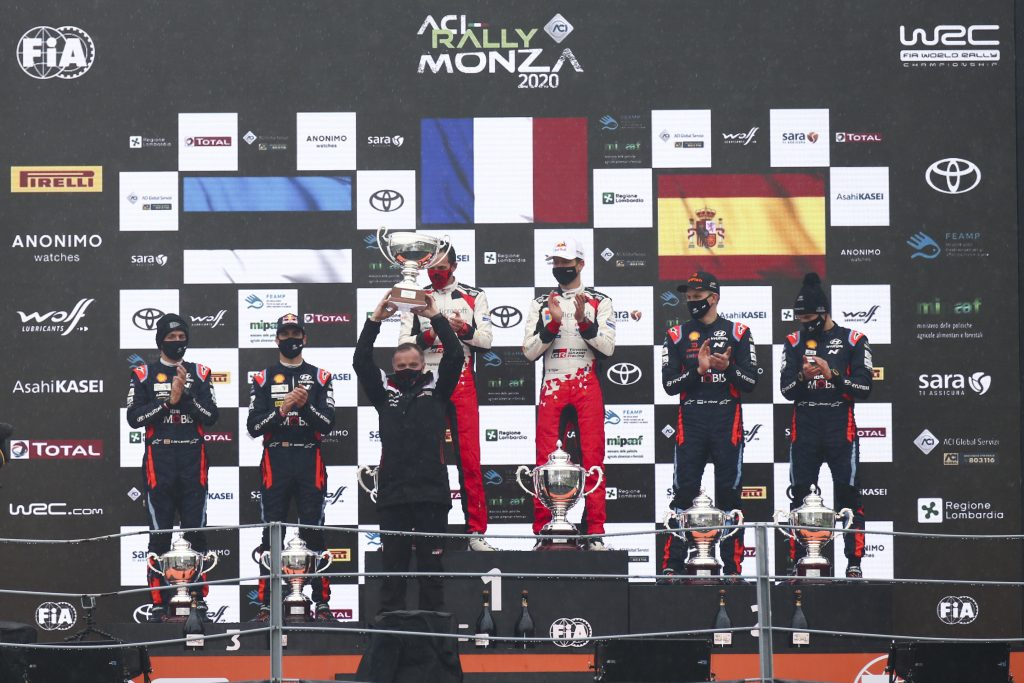 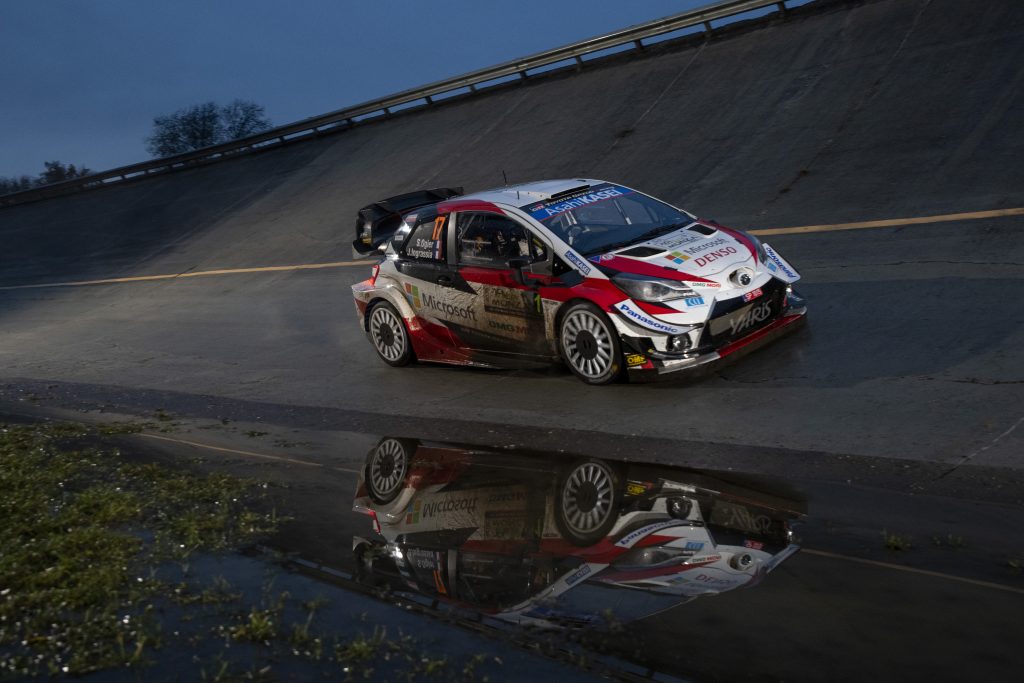 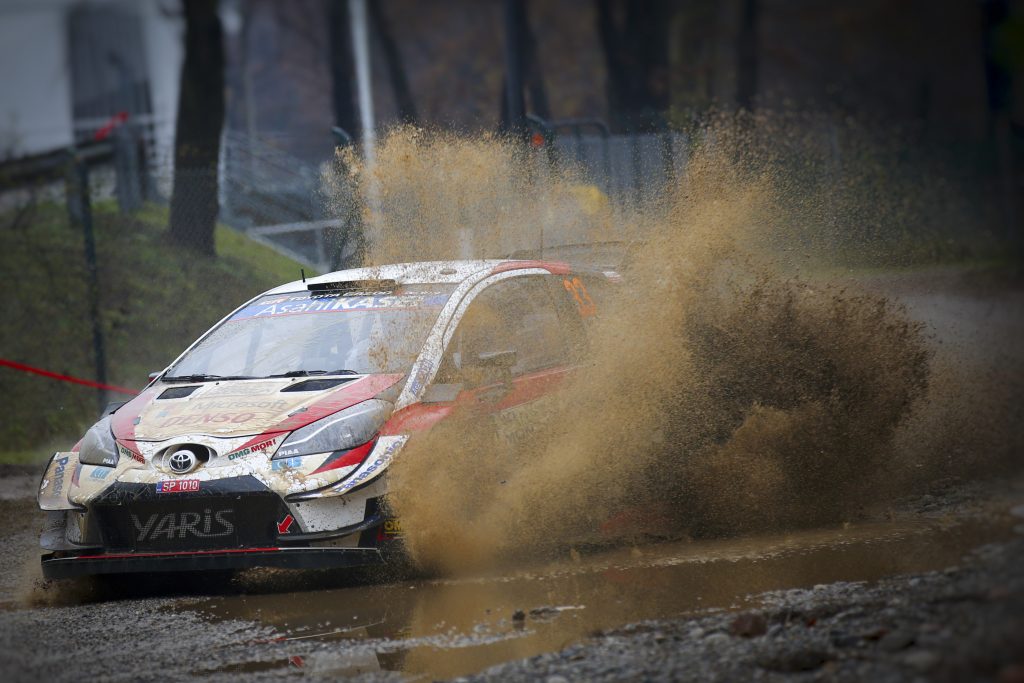 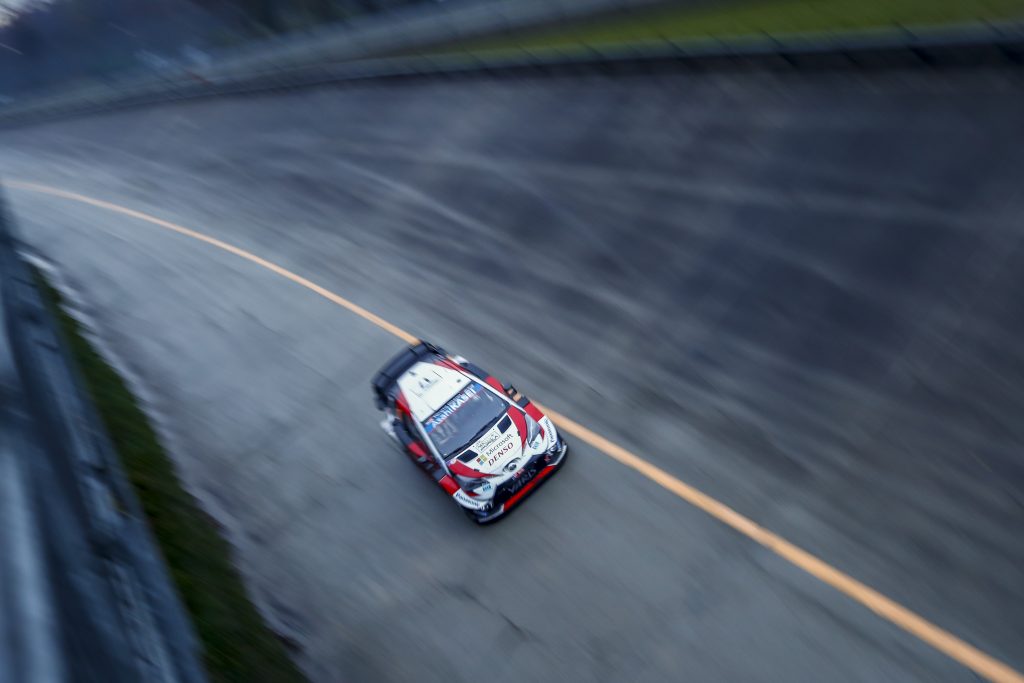