The Toyota Gazoo Racing World Rally Team has achieved a magnificent championship treble* at Monza, clinching the manufacturers’ title with a one-two finish at the final round as Sébastien Ogier and Julien Ingrassia claimed their eighth drivers’ and co-drivers’ title with a victory.

Ogier and Ingrassia went up against their team-mates Elfyn Evans and Scott Martin in the final-round showdown at Monza and the two crews engaged in an epic battle for victory throughout the weekend, swapping the lead six times. They came into the final day of three tricky stages around Monza separated by just half a second – and then set identical times on the morning’s opening test. A stall for Evans in the penultimate stage ultimately decided the rally victory in the favour of Ogier, who knew a podium finish would be enough to secure the title.

The win was the fifth of the season for Ogier and Ingrassia after victories in Monte Carlo, Croatia, Sardinia and Kenya. It was their 54th WRC win together in what was the final event of their full-time careers: Ogier will contest a part-time schedule with Toyota Gazoo Racing in 2022 while Ingrassia steps out of the co-driver’s seat after a highly-successful career.

Evans and Martin secured the fifth Toyota one-two of the season, and finish runner-up in the championship for the second year in a row after victories in Portugal and Finland.

Alongside their team-mates, Kalle Rovanperä and his co-driver Jonne Halttunen were key to the manufacturers’ championship success after claiming their first career victories in Estonia and Greece this year. At the final round they were exemplary team players, focusing on a clean finish in ninth overall to ensure the manufacturers’ title was secured.

This is the fifth time Toyota has won the manufacturers’ championship – putting it joint third on the all-time list of titles – and the second since it returned to the sport in 2017 with the Yaris WRC. This was the 26th and final victory achieved by the car in the final event of the World Rally Car era before hybrid-powered Rally1 cars are introduced in 2022.

TGR WRC Challenge Program driver Takamoto Katsuta finished seventh overall with co-driver Aaron Johnston, overcoming contact in the penultimate test to set the second-fastest time in the rally-ending Power Stage after a superb job by the team’s mechanics to repair his car in just a 15-minute service.

Akio Toyoda (Team Founder)
“Throughout the season, there was always at least one of our crews on the podium – including Takamoto. Thanks to them, I was able to watch all the events being thrilled expecting that somebody from our team would win. Then in this final event, Seb and Julien, who were targeting their eighth title, and Elfyn and Scott, who still had a chance to win their first, had the ultimate battle until the very end. As a big rally fan, I felt so excited watching them. ‘Our Yaris WRCs are running in such an exciting situation at the highest level of competition…’ It was like a dream for us at Toyota. I would like to thank both crews from the heart for making us feel like that.

Seb and Julien, congratulations! I truly respect you for driving to the maximum until the end. To be eight-time champions is a great record, and we are all proud that two out of those eight were with Toyota. Thank you so much. To secure the manufacturers’ title and have Seb and Elfyn freely fight at the same time: all team members tackled this final event together to achieve both. Kalle’s driving throughout the event showed it well. Kalle, Jonne, thank you very much for what you have done for the team.

It’s thanks to Jari-Matti that the team was able to smile. Jari-Matti, who was also a driver, is a leader who always puts drivers first. I think all the drivers were able to finish the season with smiles because all the judgements were made from a driver’s point of view. He hates to lose. He does as much as I do, or maybe more than I do. I believe his judgements based on this ‘hate-to-lose’ mindset made the team strong.

There was one more way in which Jari-Matti surprised me. That was his thorough communication with the team members. Through a video taken by the team, I saw him giving morning greetings one-by-one at the early morning service park. All 200 members across Finland, Estonia, Germany and Japan were closely united because we had him. I really appreciate him for realising the ‘driver-driven team’ and ‘family-like yet professional team’ which we had been aiming for.

Our car will be totally new under new regulations next year and the development is reaching its climax. The team is extremely busy and I’m grateful to everybody and their families who support them. We will prepare an ever-stronger Yaris and make our fans even more excited from next season onward. I hope the fans will look forward to our new car and new challenges and I appreciate your continuous support for TGR WRT.”

Jari-Matti Latvala (Team Principal)
“We have been working so hard to claim the manufacturers’ championship and the drivers’ and co-drivers’ championships all at the same time. I am so grateful for the team: We have such a fantastic team with great people and the best drivers in the championship. I’m really proud of all the team members and the crews. What Seb and Julien have achieved in their careers is incredible. Elfyn and Scott did fantastically well to make it an exciting battle, and a huge thank you to Kalle and Jonne for the role they played as well. In 2018 I won the manufacturers’ title as a driver, and to do it again now as a team principal is a unique moment. This is also a brilliant way to finish this era with these cars, and to have won nine rallies this year is amazing.”

Sébastien Ogier (Driver car 1)
“It’s so hard to describe these kind of emotions. Somehow you feel empty because it’s been such an exhausting season like always, where you need to put so much into it to win the championship. But we do it for moments like this. A big thanks to all the team members: Without them we are nothing and today we are all world champions, so let’s celebrate this. It’s pretty remarkable what Toyota has achieved, and the team deserves it because they’ve put a lot of effort into it. The emotion is even stronger knowing it’s the end of my journey with Julien. We could never have dreamed of a better way for it to end it. We knew we still had a lot to do this weekend and that it was not over yet. We didn’t have to beat Elfyn, but we couldn’t afford to relax and then drop positions, and to win in the end is just perfect.”

Elfyn Evans (Driver car 33)
“Of course it’s mixed feelings for us today. Naturally you always want more. We knew the drivers’ title would be difficult but we wanted to try and win the rally. In the end we didn’t quite get it but congratulations to Seb and Julien on another fantastic title and also on a fantastic career together. I want to thank everybody in the team, they’ve been working so hard, giving us fantastic equipment but also a fantastic atmosphere to work in. It’s also a very fond farewell to the Toyota Yaris WRC, it’s been a joy to drive.”

Kalle Rovanperä (Driver car 69)
“It feels really good to help the team secure the manufacturers’ championship. It was a really nice season for us, and getting the teams’ title also feels really good for us because we were able to bring good points in many rallies. It’s a big thing for the team and it feels really nice to be a part of it. It was not so easy to do the job we did this weekend, but it was important that we did it and this feeling makes it worth it. The team has been working really hard, so big congratulations and thank you to them. It’s been a great year with an amazing car and I think we really showed how strong our team is.”

* Subject to the official publication of the results by the FIA 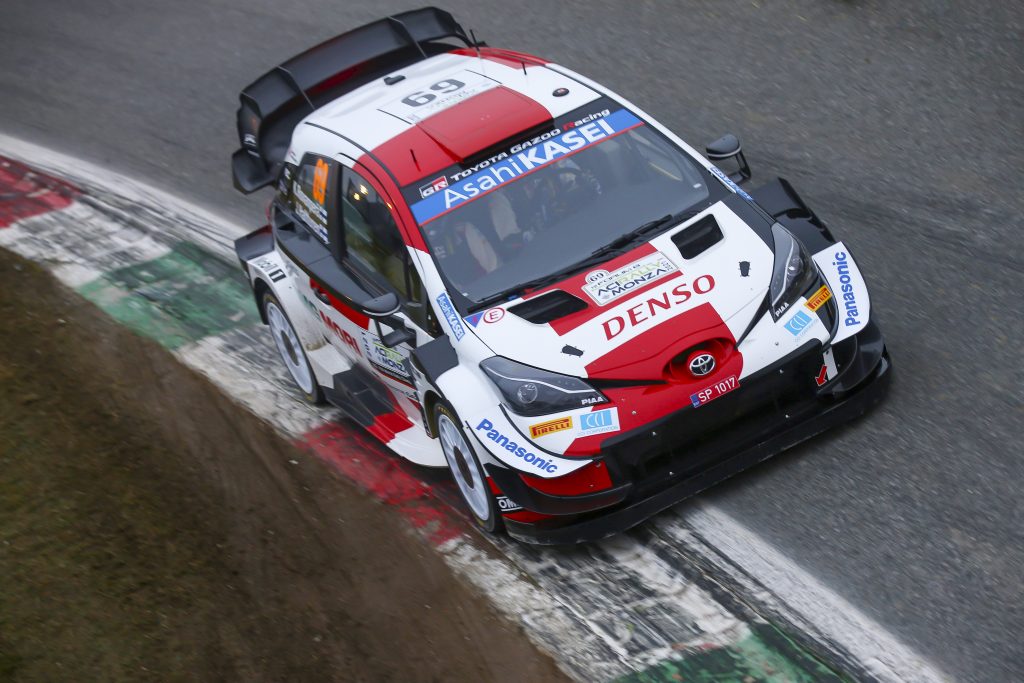 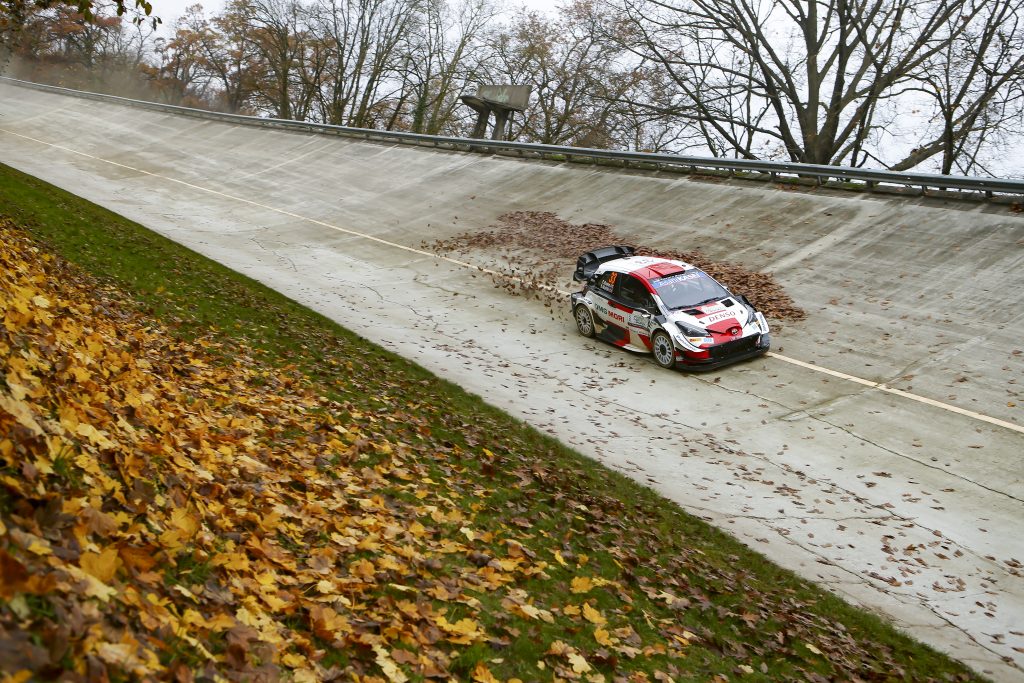 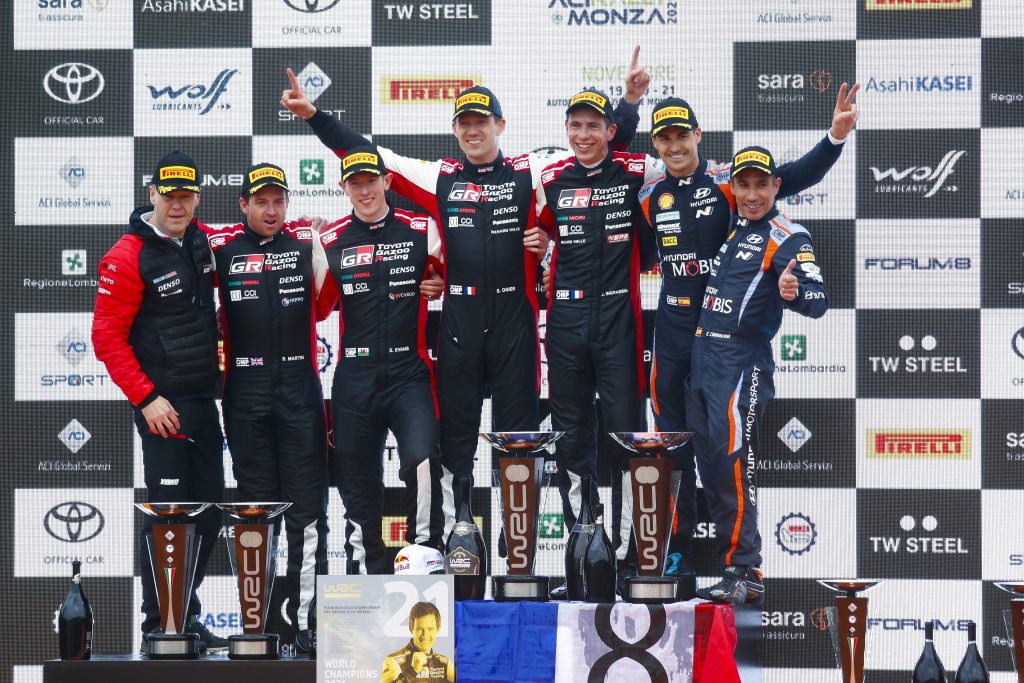 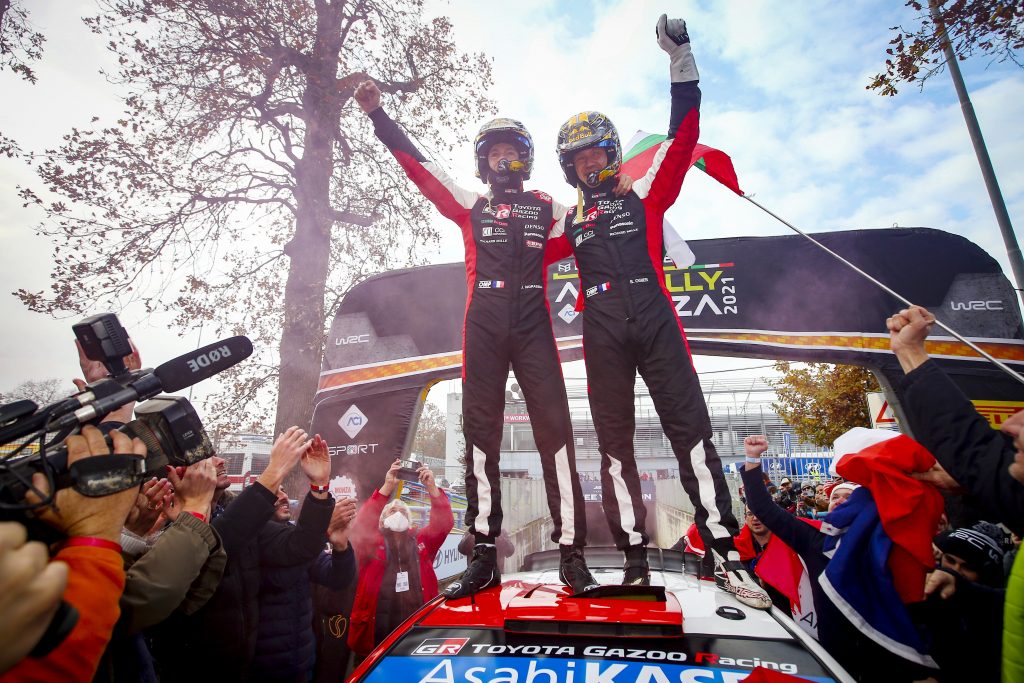 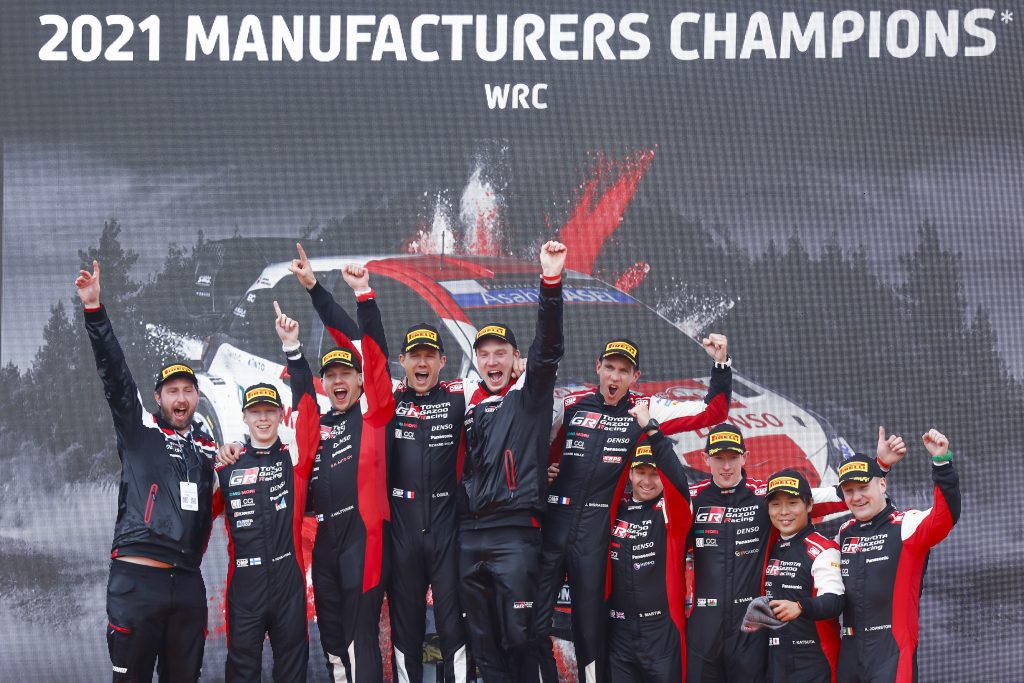