Toyota Gazoo Racing’s all-new Dakar challenger, the GR DKR Hilux T1+, has been confirmed for Dakar 2022. The vehicle has completed its prototype stage and will continue to be developed and refined in weeks leading up to the rally, which starts on 2 January in Saudi Arabia. The new car represents the biggest technological leap for the Toyota Dakar programme, since its inception in 2011.

The GR DKR Hilux T1+ is powered by a new 3.5-litre twin-turbo V6 engine, developed from the unit featured in the new road-going Toyota Land Cruiser 300 GR Sport. It delivers more torque than the rally Hilux’s previous engine, and also saves weight; overall vehicle weight has been increased, however, to two tonnes, in line with new racing regulations. Engine performance is also governed by official FIA regulations, so maximum power and torque are 400bhp/298kW and 660Nm respectively – well within the capabilities of the production engine.

The excellent capabilities of the twin-turbo V6 allowed the team to work with it in stock form. It uses standard Toyota turbochargers and the intercooler, with its orientation modified for the race car, is also a standard part and inherently extremely efficient.

Adjustment to the suspension system has increased travel from 280 to 350mm. This helps the driver to make the most of the performance of the new tyres, which have increased in both size, from 32 to 37 inches, and width, from 245 to 320mm.

The tyres are fitted to new aluminium wheels; these have been an integral part of the T1+’s development and have been left in their natural metal finish, which benefits heat radiation.

Under the skin, the racing Hilux has retained the mid-engine layout that has been in use since Dakar 2016, and its core cockpit layout. The car now carries just two spare tyres rather than the three that had been permitted in the past, in line with changes in the regulations for the T1+ category.

Toyota GR DKR Hilux T1+ features the latest Toyota Gazoo Racing livery, aligned with that used by Toyota in the World Endurance Championship and World Rally Championship. In this way, the new car, which will also compete in the 2022 FIA World Rally-Raid Championship, is clearly identifiable as part of Toyota Gazoo Racing’s world championship race car line. The famous GR lettering style has now been adopted by all three World Championship teams, reinforcing the link between Toyota’s race cars, and its new stable of GR road-going sports models.

For Dakar 2022, the team will field four of the all-new GR DKR T1+ versions of Hilux, with Qatar’s Nasser Al-Attiyah and French co-driver Mathieu Baumel spearheading the attack. The 2019 Dakar Rally winners will again have Giniel de Villiers (2009 Dakar winner) as teammate, with the South African will be partnered by co-driver Dennis Murphy.

South Africans Henk Lategan and Brett Cummings will be returning to the Dakar Rally, with the aim of showing their pace over the full race distance after crashing on stage 5 of this year’s event. The final car in the line-up will be driven by Shameer Variawa and co-driver Danie Stassen, also both from South Africa.

Development of the new car will continue this weekend, with both Al-Attiyah and de Villiers taking part in the final round of the 2021 South African Cross-Country Series (SACCS). The race will see crews cover 250 miles of varied terrain, though neither Toyota driver will be eligible to score points, as the series does not currently support the T1+ category. Lategan and Cummings are the defending SACCS champions, and will be competing in the previous specification Toyota Hilux, in order to score points.

The team will conduct a final test in South Africa before preparing the cars for shipping to Saudi Arabia early in December. The final route for the Dakar 2022 is yet to be announced, but it is expected that the terrain will be similar to that encountered in 2020 and 2021.

Team quotes Glyn Hall, Team Principal: “Our all-new Toyota GR DKR Hilux T1+ has progressed extremely well over the last few months of development and we are confident that it is now ready to take on the Dakar Rally. We’ve officially taken it out of the prototype programme, and will now continue to refine the car in time for January’s race. The new engine from the Land Cruiser has proven reliable from the get-go, and working with it in stock form means that we don’t have to stress it to extract maximum performance.”

Nasser Al-Attiyah: “I continue to be impressed by the new car, particularly by the rough terrain that its new, bigger tyres allow us to tackle. The engine delivers excellent power and torque and we are looking forward to testing the car in race conditions this weekend.”

Giniel de Villiers: “We’ve done significant work on the new car over the last few months and I believe that we are very close to an ideal setup. At this weekend’s race, we hope to validate some of the final refinements we have made to the car. Overall, the engine from the Land Cruiser is the highlight for me, as it is very powerful and seems reliable in our tests to date.”Henk Lategan: “I’m looking forward to racing the new T1+ at Dakar 2022, especially having to miss out on the new car due to my commitments in the SACCS. I have done a fair amount of testing though, and the new tyres and suspension is truly spectacular.”

Shameer Variawa: “The new V6 engine has been highly impressive from the start. I’ve been campaigning the V8 version of the car in the SACCS, but can’t wait to finally get behind the wheel of the new car. We’ve got just one round left in the local championship, after which all eyes will turn to Dakar.” 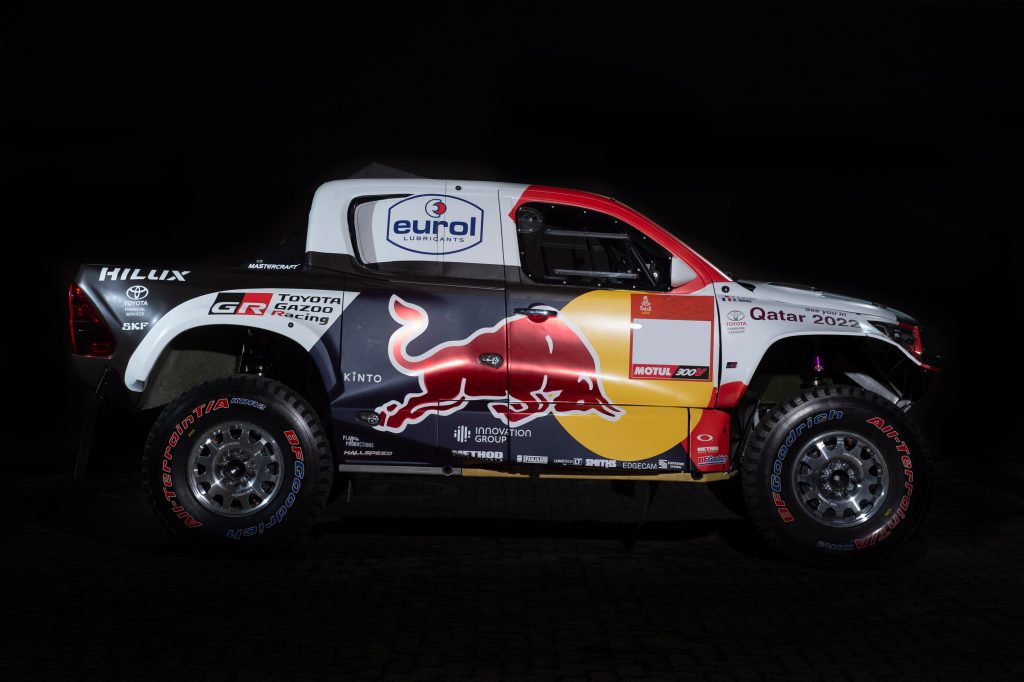 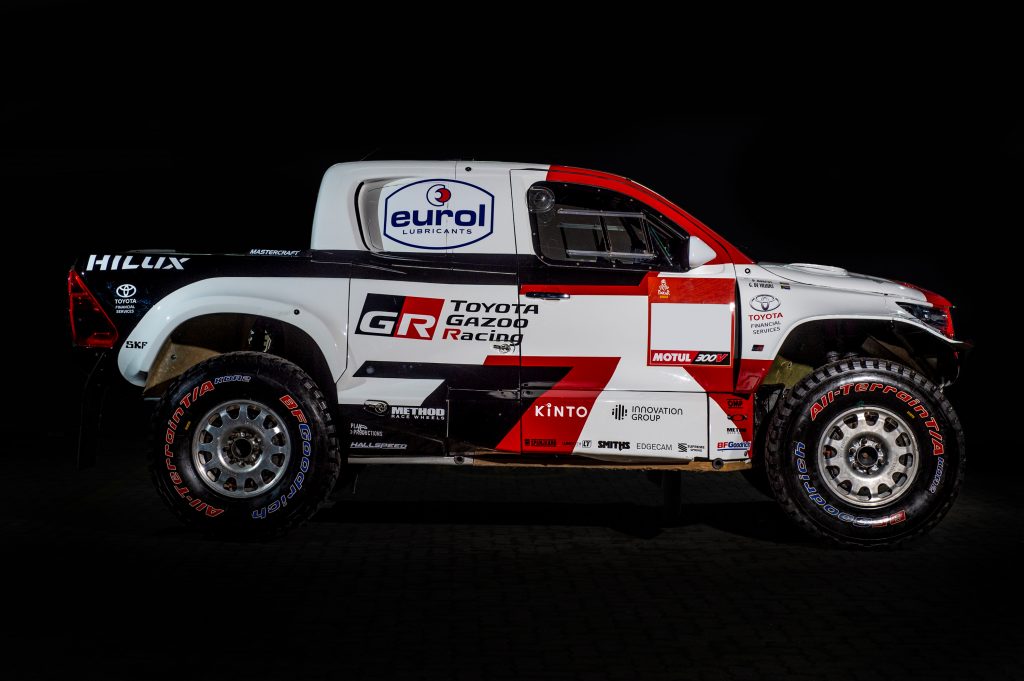 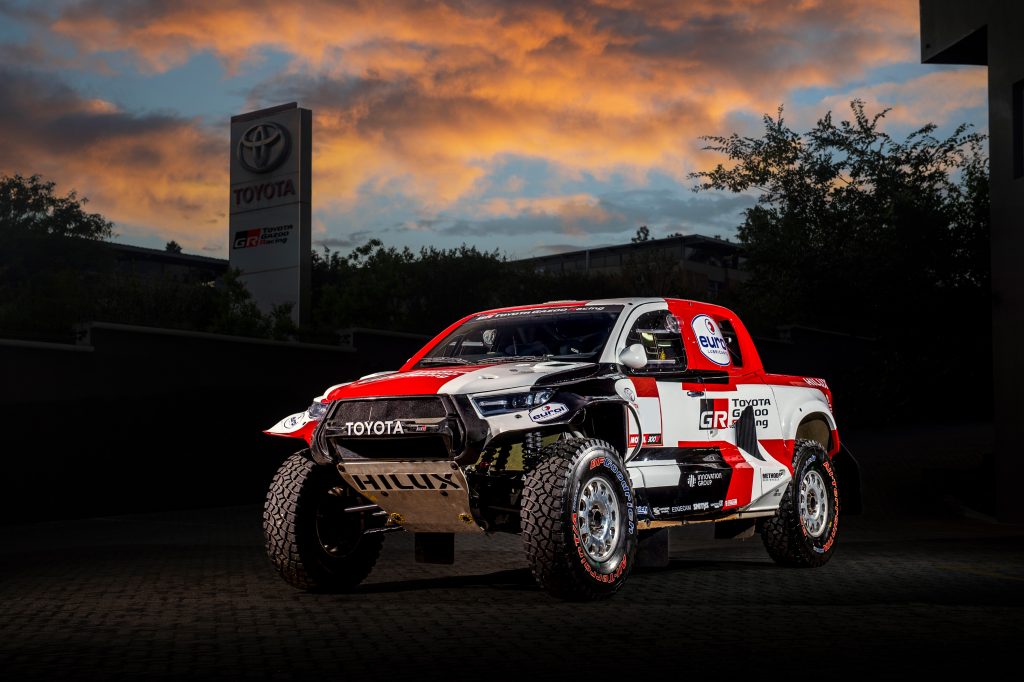 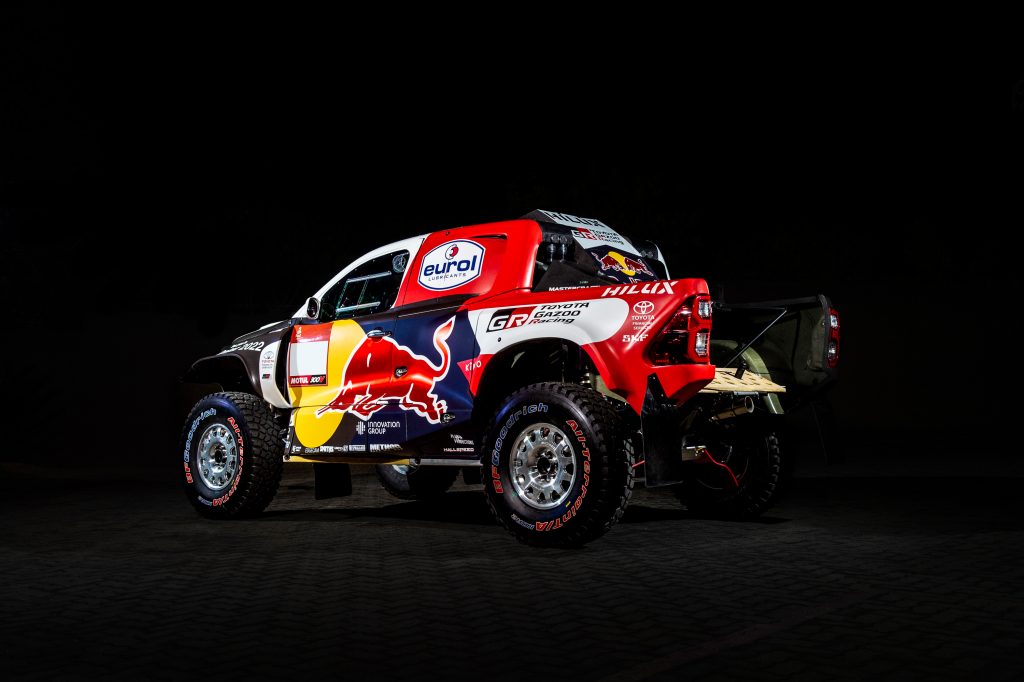 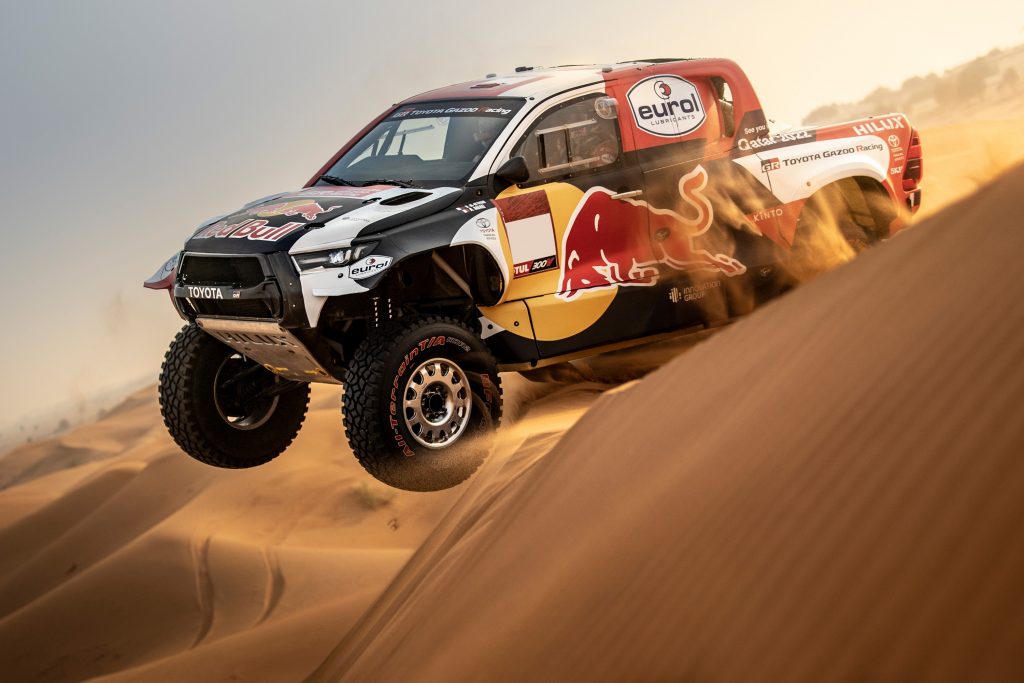 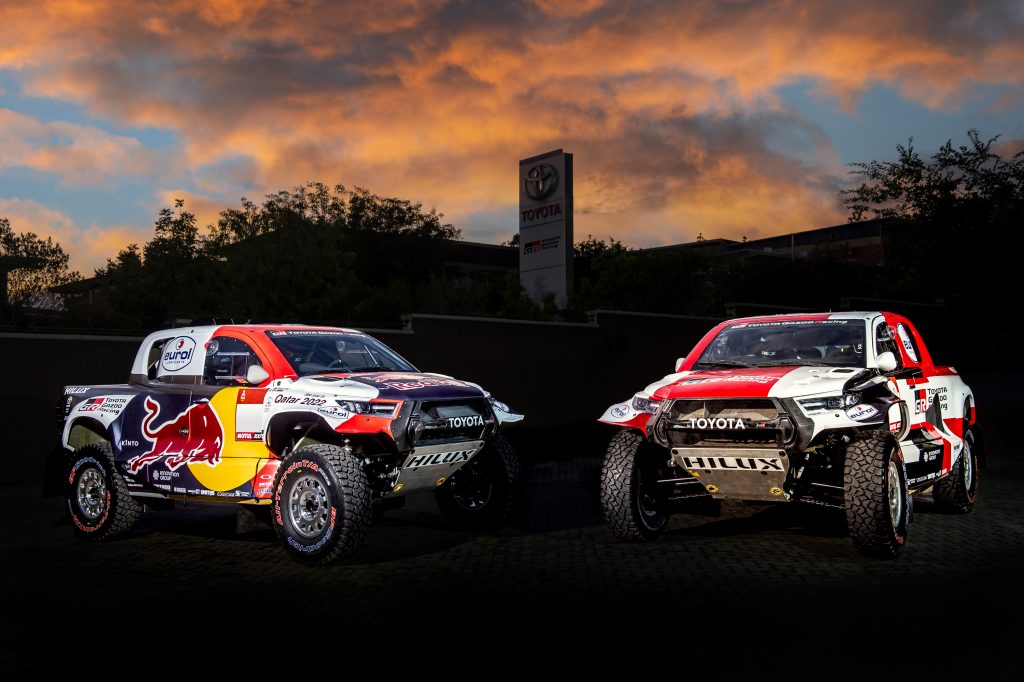