The Toyota Gazoo Racing World Rally Team are celebrating a fantastic one-two finish for the GR Yaris Rally1 car on its gravel debut at the Rally de Portugal, with Kalle Rovanperä scoring his third win in a row just ahead of team-mate Elfyn Evans.

In the first test of the new generation of hybrid-powered cars, the GR Yaris Rally1 was the car to beat, winning 15 of the 19 gravel stages across the weekend (19-22 May). Evans led the way from early on Friday morning with consistently strong stage times. Rovanperä joined him in the top two at the end of the first full day after doing a fantastic job opening gravel roads as championship leader for the first time in his career. The pair were in a league of their own through the longest day of the event on Saturday, and the lead moved into Rovanperä’s hands in difficult mixed weather conditions during the afternoon.

Rovanperä led Evans by 5.7 seconds coming into the final day’s five stages. He won the morning’s opening test, only for Evans to respond in the first pass over the rally’s famous Fafe stage. But Rovanperä and co-driver Jonne Halttunen went on to win the penultimate stage as well as the rally-ending Power Stage, ensuring another maximum points haul to increase their championship lead to 46 points after wins in three of the first four events.

Evans and co-driver Scott Martin finished 15.2 seconds behind the winner’s time. They returned to the podium for the first time this season, having driven consistently well through the difficult conditions all weekend, winning six stages along the way.

TGR WRC Challenge Program driver Takamoto Katsuta narrowly missed out on the second podium of his top-level career after a brilliant drive. He started the day in third place and defended it excellently against the experienced Dani Sordo until a final-stage push put his rival ahead by just 2.1s. Fourth is still a fine result that scores Katsuta and co-driver Aaron Johnston more important points in their TGR WRT Next Generation entry and moves them up to third in the championship.

After being forced to retire from Friday and Saturday’s legs, Sébastien Ogier restarted on the final day to gain further experience with the GR Yaris Rally1 on his second appearance of the season.

Quotes:
Akio Toyoda (Team Founder)
“Kalle, Jonne, congratulations! It is really amazing to achieve three consecutive victories, especially as they were  on snow, asphalt and gravel rallies. I truly thank you for proving that the GR Yaris Rally1 is the car that is able to win on any type of road. Also it was great to have a one-two finish. I really thank everybody in the team.

“Portugal was the first gravel event for the GR YARIS Rally1, and the team were not sure how well the new car would be able to perform on this surface. It was Elfyn who set the top time on the first gravel stage. His great run relieved us all. He may be frustrated to miss the victory this time, but this great result for TGR was led by Elfyn and Scott. I really thank them.

“Takamoto was so close to the podium! Unfortunately it didn’t happen this time, but he must have gained great experience through the weekend. I’m happy to see how he continues to develop. I don’t want him to feel pressure to hear this many times, but I’m really looking forward to seeing him driving at Rally Japan. There are eight events left before then, and I hope he comes back home with solid experience accumulated at each. Not just for myself, but I believe all his fans in Japan expect that.

“Asphalt covered by snow, full snow, wet asphalt from rain, and this time, gravel. The GR Yaris Rally1, with experience on various road conditions, has completed the first third of the season leading the championship standings. The team, all together, will be fully committed to every event to make our car the strongest at the end of the season. I appreciate our fans’ continuous support.

“P.S. to Seb,
I’m sorry for what happened this time. Your next event is the long, long asphalt one at Le Mans. We are not in the same team there, but let’s take good care of the tyres and drive through the long way!

“P.S. to Jari-Matti,
Our next one is also a long, long challenge for 24 hours, when you come to Japan for the endurance race in June. We have been in the same team for many years, but it will be our first time being team-mates as drivers. I can’t wait for that! I’m sorry that our car is right-hand drive, which you are not used to. Please practise to change the gear shift using your left hand. Let’s enjoy our hydrogen-engine-powered car together!”

Jari-Matti Latvala (Team Principal)
“This is a fantastic result for us in the first gravel rally with the GR Yaris Rally1. I am so happy and proud of the team because they have built such a fast and reliable car which has allowed our drivers to perform the way that they have this weekend. Kalle won it completely against our expectations at the start of the event. It’s incredible how quickly he has grown and how he is able to deal with the pressure when he’s leading. Elfyn also did a really good rally, it was another one of those great and clean drives from him. He was so close to the victory, but these are really important points for himself in the championship. And Takamoto did a really brilliant rally too. He missed out by a couple of seconds but that doesn’t take away from his great drive this weekend.”

Sébastien Ogier (driver car 1)
“Congratulations to the team for this fantastic one-two result. For me it was a difficult weekend after the bad luck that we had on Friday, just as we were moving closer to the lead battle. But the positive thing from this weekend is the experience that I have gained with the car, discovering and learning about it on gravel. The kilometres we did get have been very valuable and I’m definitely ending the rally with a better feeling than I started with. We can see from the result that it is a strong car on gravel and I’m looking forward to my next event with the team.”

Elfyn Evans (driver car 33)
“Hats off to Kalle for the victory, he has done a great job. We had a good start but he was very fast towards the end of the weekend. I was not quite as happy with the feeling today; I wasn’t able to fully relax and deliver as I would like. So there are naturally still some areas for us to work on with the car, but the performance in general has been very strong for the first event on gravel. Although I’m disappointed with the outcome today, it’s nice to be back on the podium and we should be able to build from here.”

Kalle Rovanperä (driver car 69)
“This victory was definitely a bit unexpected. Starting first on the road on Friday, I didn’t think we could fight for the win like this. But we managed to stay close to the guys in front and build it from there. We had a good pace all the time and a problem-free rally and to get the maximum points was really nice. Big thanks to the team, because we saw a lot of issues this weekend in really tough conditions, but our car was perfect as always, so everybody in the team can be really proud of this result.”

What’s next?
There’s a short turnaround before another demanding gravel event, Rally Italia Sardegna on 2 – 5 June. The stages are fast but narrow, and exposed rocks and trees at the side of the road can catch out the unwary. High temperatures combined with the abrasive surface place high stresses on the cars and tyres. 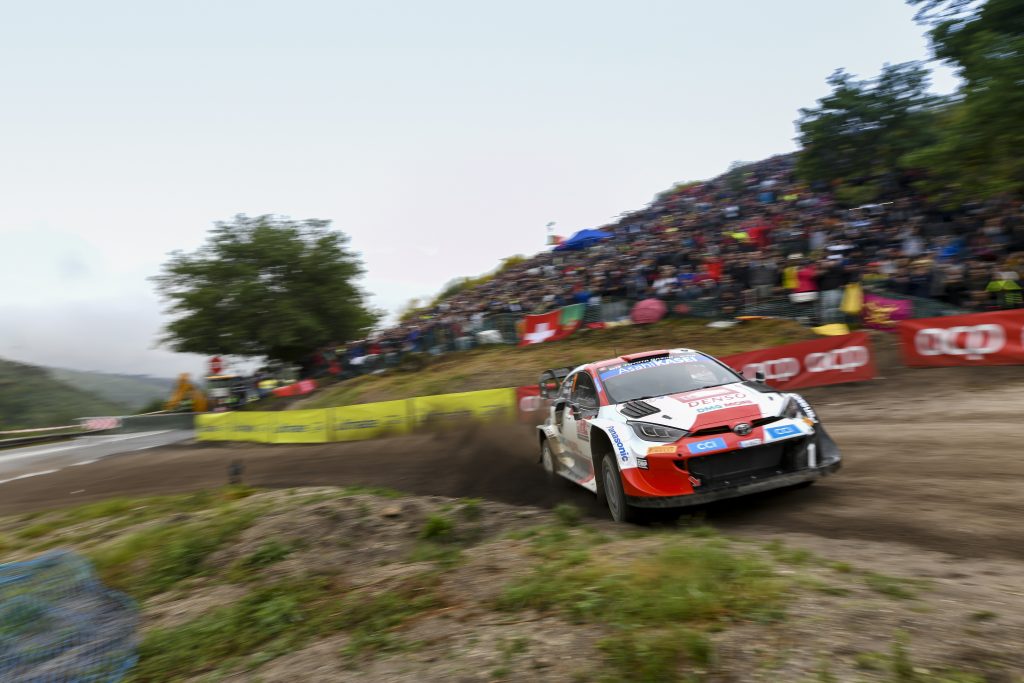 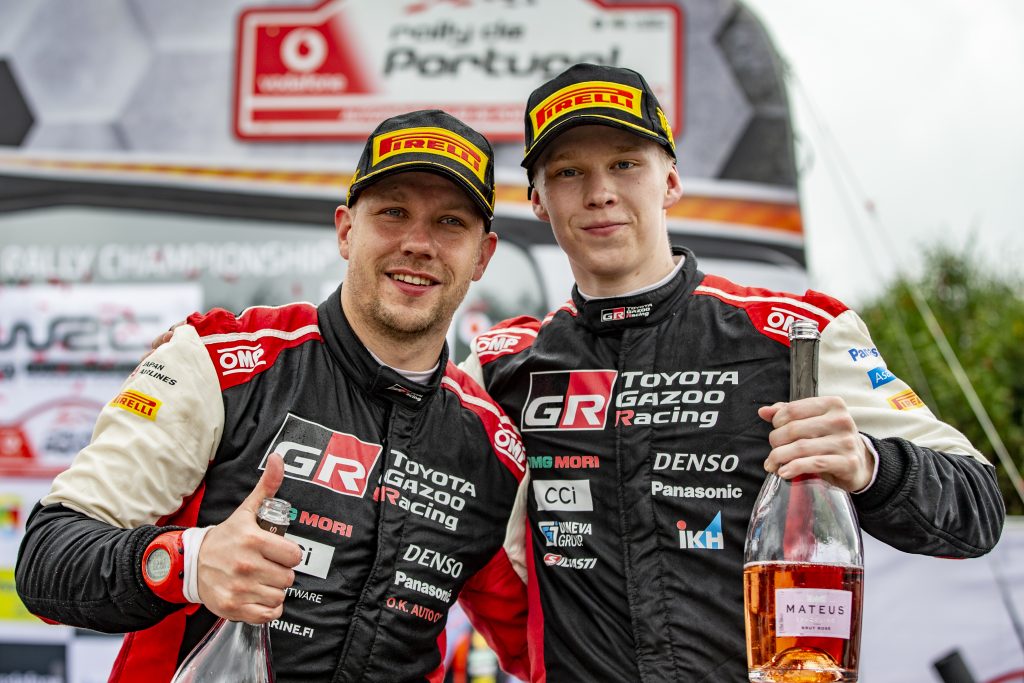 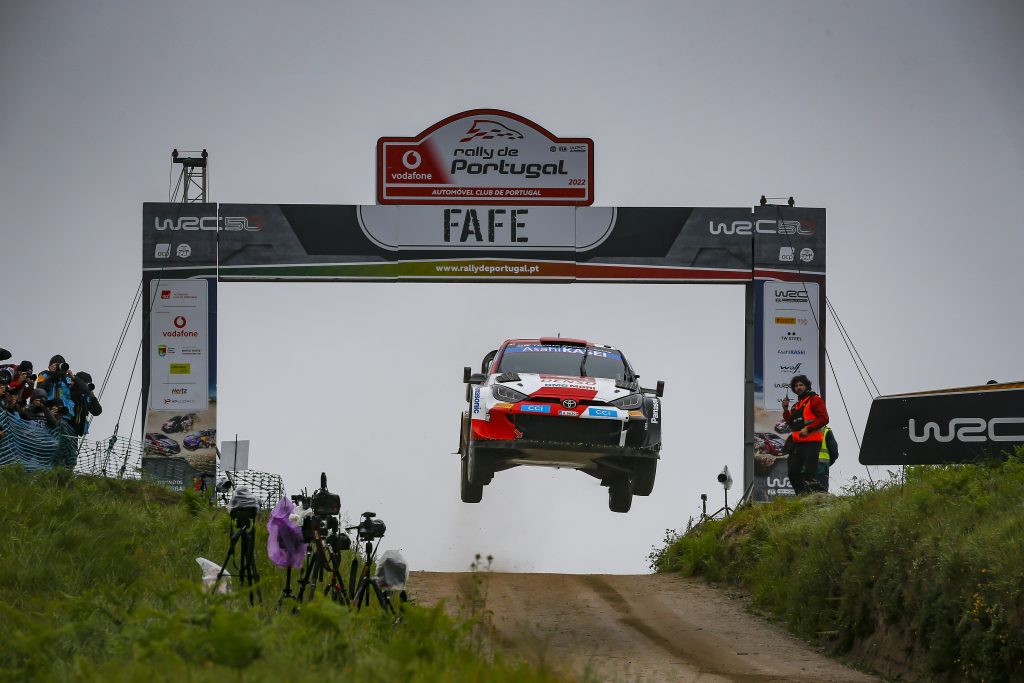 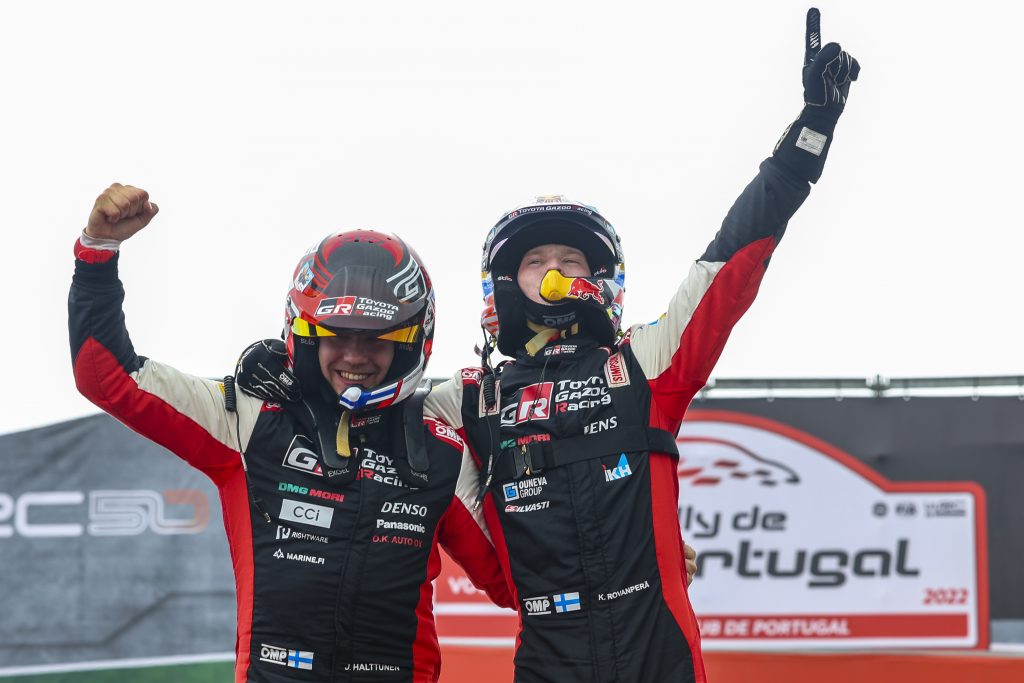