Toyota Gazoo Racing will begin the defence of their FIA World Endurance Championship (WEC) titles at the 1000 Miles of Sebring in Florida next week, fielding an updated GR010 Hypercar and benefiting from the support of new partners Fujitsu Limited and JFE Steel.

A successful debut season in 2021 saw the hybrid power, 700PS Hypercar win the Le Mans 24 Hours and both drivers’ and teams’ World Championships.

As a result of this change, small bodywork modifications were required to maintain airflow and stay within the aerodynamic performance window required by the racing regulations. The most visible of these are enlarged rear wing end plates and engine cover fin.

While the GR010 Hybrid remains essentially unchanged under the bodywork, the settings of its 3.5-litre engine have been adjusted to accommodate new fuel made entirely from sustainable sources. Introduced for the championship this year, it is made from wine residues and agricultural material.  It reduces CO2 emissions by at least 65 per cent and contributes to ongoing efforts to increase sustainability in motorsport.

This season also sees Toyota Gazoo Racing adopting a revised management structure. At Sebring, Kamui Kobayashi will participate in his first race in his new dual role, as Team Principal and driver of the No7 GR010 Hybrid, alongside fellow World Champions Mike Conway and José María López.

Kazuki Nakajima began his role of Vice Chairman at Toyota Gazoo Racing Europe, the operational base of the WEC team, in January following his retirement as a race driver. He will support team operations at races, as well as mentoring Ryo Hirakawa who joins the No8 line-up of Sébastien Buemi and Brendon Hartley. Hirakawa, who competed in the LMP2 class at Le Mans in 2016 and 2017, is ready for his first WEC season following comprehensive preparations at tests and in the driving simulator.

The team’s challenge in WEC is enhanced this season by two new partners, Fujitsu and JFE Steel, whose logos will be prominently displayed on the GR010 Hybrid and driver overalls. Toyota Gazoo Racing welcome Fujitsu Limited and JFE Steel, and extend their sincere thanks to all partners whose loyalty is vital to its success in WEC.

The 2022 season officially kicks off with a two-day Prologue test (12 – 13 March), which see the GR010 Hybrid take to the 3.74 mile Sebring International Raceway, the historic birthplace of American sportscar racing, for the first time.

Race week sees a true festival of endurance racing, when huge crowds gather at the former military airfield to enjoy an eight-hour WEC race on Friday evening, followed on Saturday by the 70th running of the legendary Mobil 1 Twelve Hours of Sebring, part of the US-based IMSA series.

Toyota Gazoo Racing’s only previous visit to Sebring came in 2019, when a record crowd witnessed Buemi, Nakajima and Fernando Alonso take victory, with Conway, Kobayashi and López completing a one-two for the TS050 Hybrid. The team target a repeat of that result to make a perfect start to the 2022 season.

Kamui Kobayashi (Team Principal and driver, car No7): “Everyone in the team is looking forward to start the 2022 season, especially at Sebring which is such a famous place for endurance racing. Last year we won Le Mans and the World Championships, so this is our target again. We found some areas to adjust the GR010 Hybrid last season so we have worked on those and I think our car will be more consistent now. Thanks to everyone in Toyota, our partners and the team members for the hard work and support to be ready for the 2022 WEC season. I am sure it will be an exciting year in the Hypercar class. We welcome the challenge from Peugeot, Glickenhaus and Alpine, and we look forward to giving the fans many memorable battles in the coming months. Thank you in advance for your support.”

Pascal Vasselon (Technical Director): “The whole team is excited to be racing again and we feel in good shape following a very efficient pre-season testing programme. Development in the Hypercar class is tightly controlled by homologation rules. Consequently, there are relatively few changes for our GR010 Hybrid in 2022. Hypercar manufacturers can choose between 31-31 or 29-34 tyres and this year we have moved to the 29-34 option, triggering some bodywork changes for cooling and to maintain aerodynamic performance within the homologation window. We expect this change to address challenges we faced last season with management of the rear tyres. Additionally, the introduction of the new renewable fuel meant the engine settings had to be adjusted to account for slightly different characteristics. This new fuel is an important step on the journey towards carbon neutrality for Toyota Gazoo Racing and WEC, so we are very supportive of such innovation. We have validated all changes during our winter tests and we will take the final preparation steps this weekend with the Prologue in Sebring before racing begins; we are impatient to get started.”

Mike Conway (driver, car No7): “Sebring is a fantastic circuit and a real highlight of the season for everyone. It’s great to see so many fans there to support us, and I enjoy being around the IMSA guys as well. It feels like a festival of sportscar racing and it’s a really positive atmosphere. It’s not an easy place for the first race of the season because it’s our first time there with the GR010 Hybrid and the track is pretty tough on the cars. It’s good we have the Prologue to get familiar with the track and be ready for race week.”

José María López (driver, car No7): “I am looking forward to being in Sebring, especially after we missed the race for the last two years. It is always a special event, and it’s a special venue with the old-school concrete and bumps. It is going to be the first time to be there with the GR010 Hybrid so that is something to look forward to. And it’s the first race of the season which is always an exciting moment. We have our expectations but this is the first time to see how we are doing and how the others will perform.”

Sébastien Buemi (driver, car No8): “It’s always exciting to start a new season and to do this in Sebring is really special. I have been looking forward to racing there again ever since our last visit in 2019. The fans are just great and they create a unique atmosphere with their enthusiasm for sportscar racing. But Sebring is also a very demanding circuit as the track surface is very bumpy, which is tough on the car, and it’s usually hot and humid. So it will not be easy but we will work hard to prepare the car to allow us to fight for the win.”

Brendon Hartley (driver, car No8): “I am really looking forward to getting the 2022 WEC season underway. Sebring has an amazing history in endurance racing and it’s a unique track that brings many challenges. I think as drivers we all enjoy racing there and meeting the American fans. This will be our first race together with Ryo so we welcome him to the car No8 line-up. He has been doing a great job in testing and I’m confident this is the start a great partnership together with Séb.”

Ryo Hirakawa (Driver, car No8): “It is very exciting to prepare for my first race in a Hypercar and my first trip to Sebring, which I’ve heard is an incredible place with many passionate fans. I am looking forward to experiencing this, and being part of the Toyota Gazoo Racing team for the first time at a WEC race. Since the end of last season, I have done a lot of preparation in the simulator and at tests. There is a lot to learn but thanks to the support of the team, and particularly the other drivers, I feel ready for the challenge.” 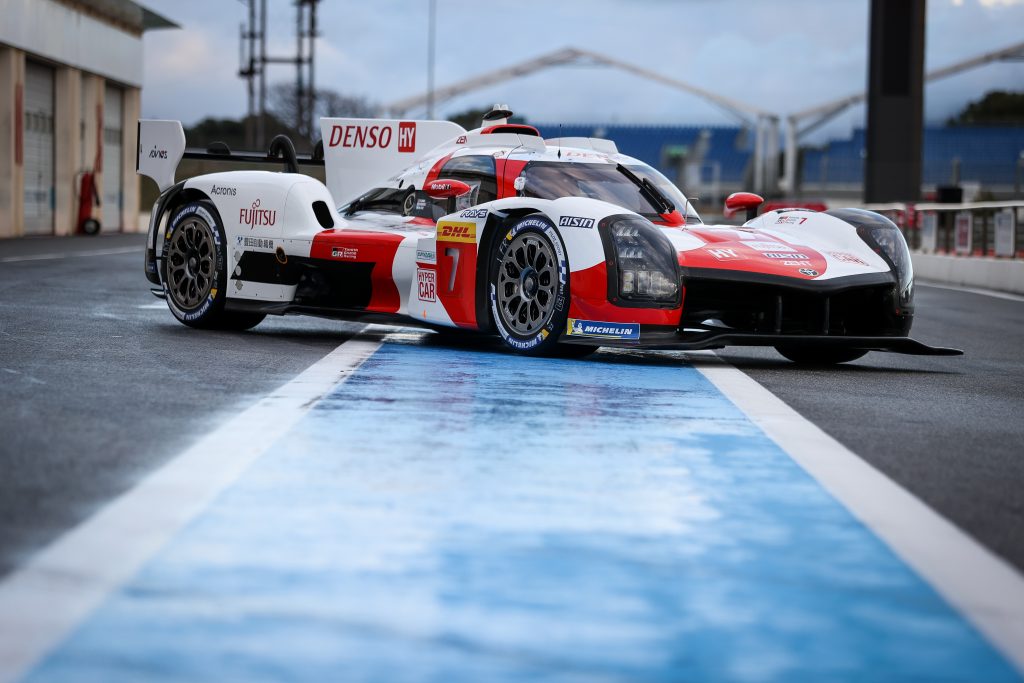 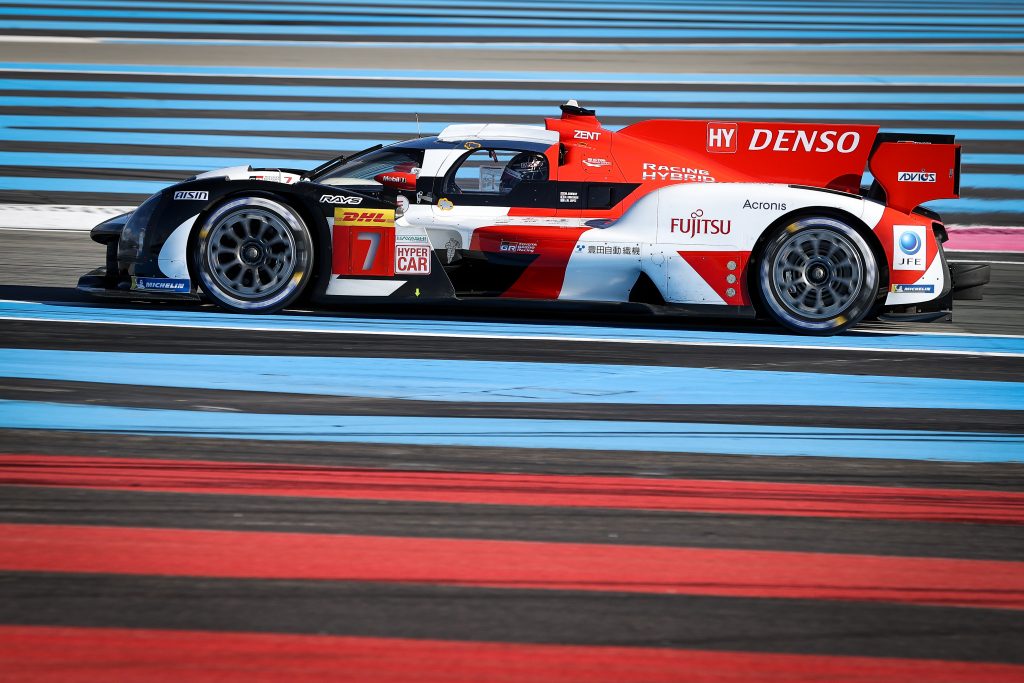 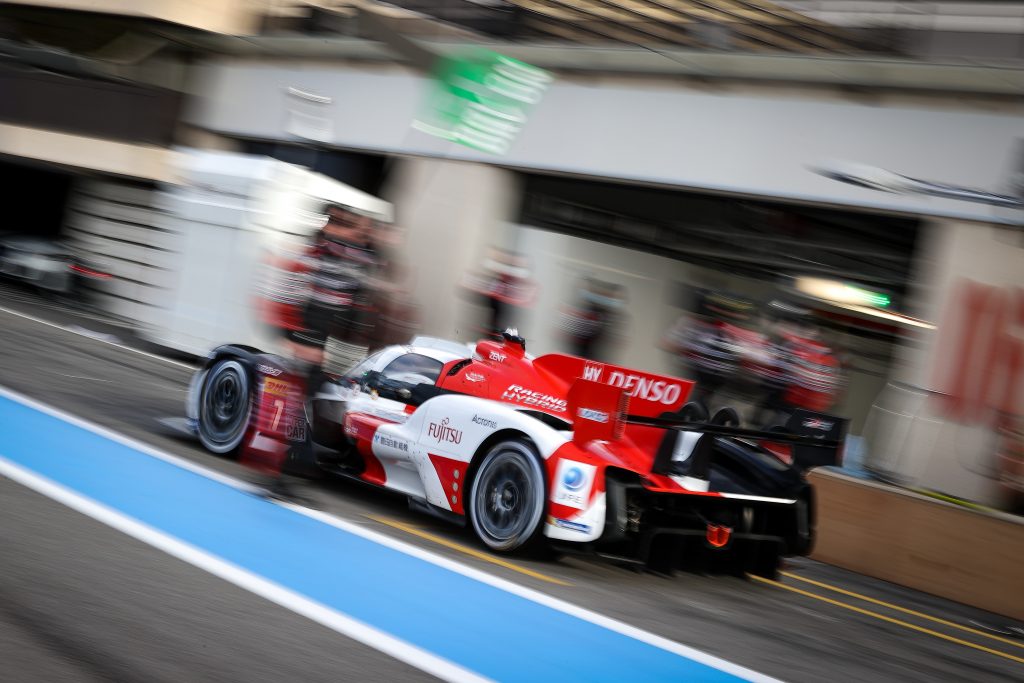 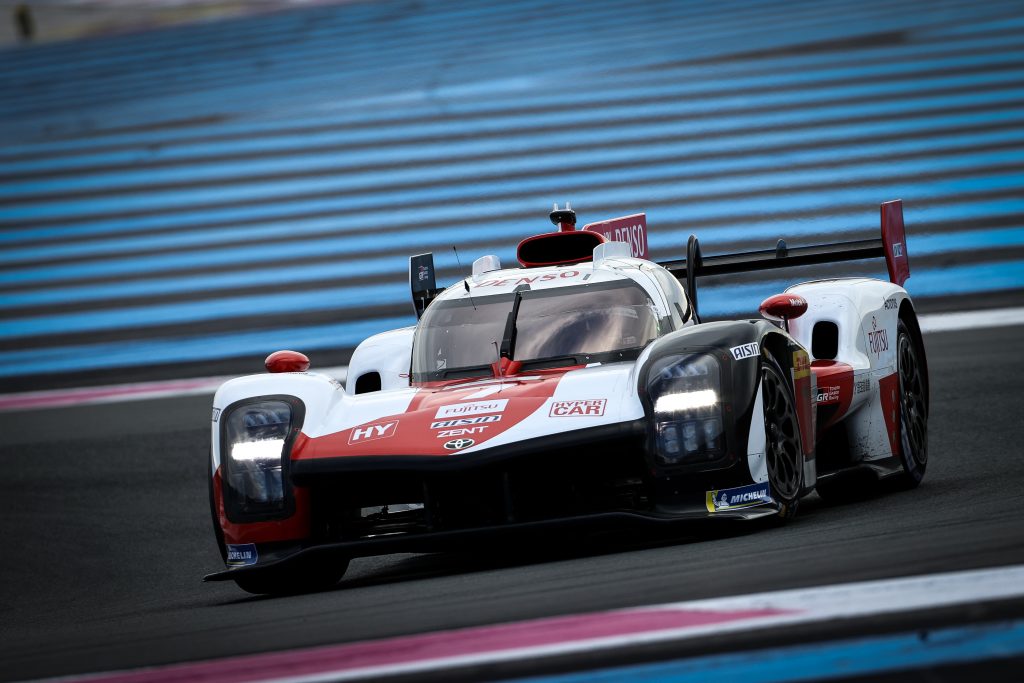 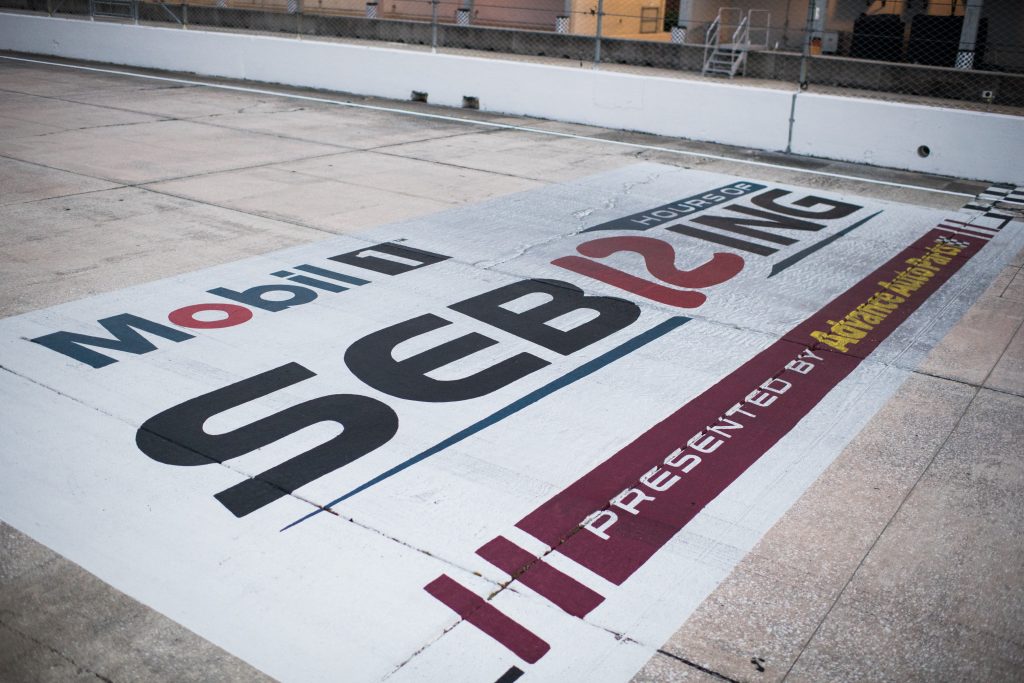 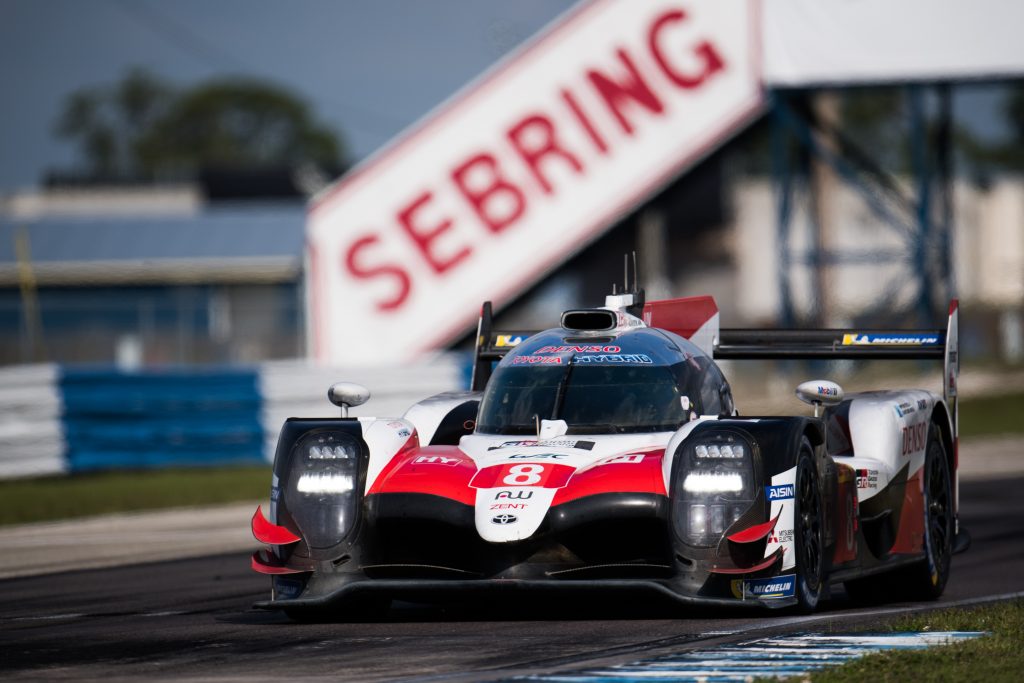 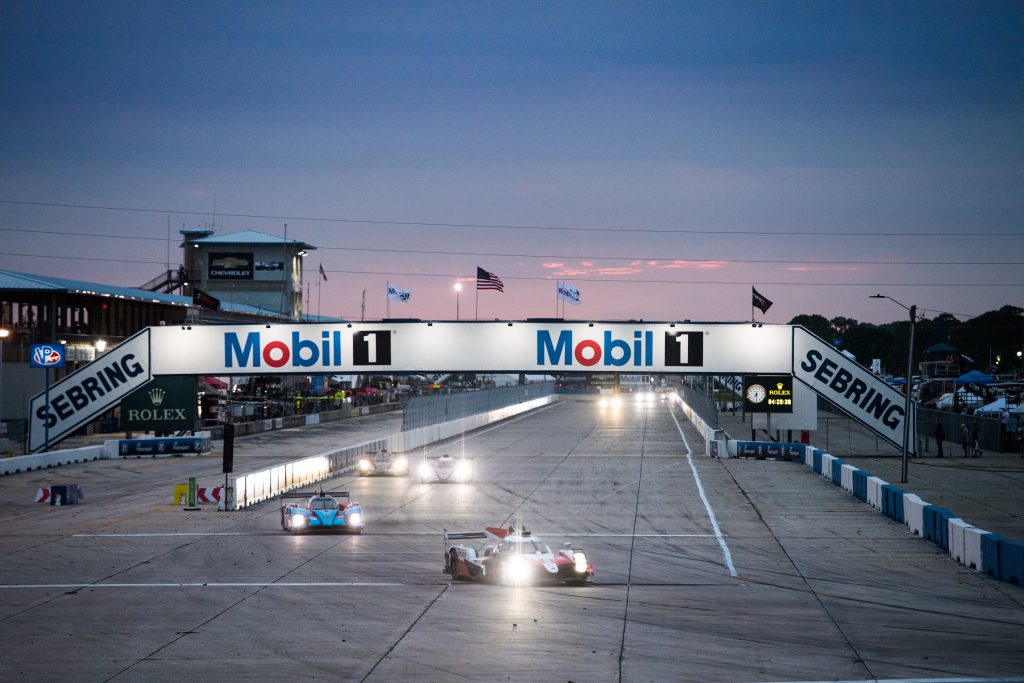