After posting his third win on the event in as many years, Tänak said: We still have four more rounds to go and we need to stay focused and give our maximum. The championship is still tight, and we’ve seen this weekend that nothing is coming easy. We were not always the fastest, but we were the more consistent, and in the end we managed to get the victory.”

He and co-driver Martin Järveoja led the rally almost from start to finish. At the end of Friday’s first full day of action, their advantage was a slim 2.8 seconds after winning four of the six stages contested. Meeke and Latvala were locked in a challenge for third, holding fourth and fifth places respectively. The breakthrough came on Saturday afternoon on the notoriously tough Panzerplatte stages where Tänak stamped his authority on the event, ending the session with a 32.4-second lead. Meeke meanwhile rose to second, with Latvala third.

On the final day, the three crews protected their positions, with Tänak ultimately winning by 20.8 seconds in his fifth win of the year. Meeke and Seb Marshall claimed their first podium result for Toyota, while Latvala and Miikka Anttila repeated the third place result they posted last time out in Finland. The results move Toyota to within eight points of the top of the manufacturers’ championship.

Next date on the WRC calendar is Rally Turkey (12 to 15 September). This event returned to the championship in 2018 in a new location around Marmaris on the Mediterranean coast. Rocky gravel roads and high temperatures make this a gruelling event for cars and drivers. 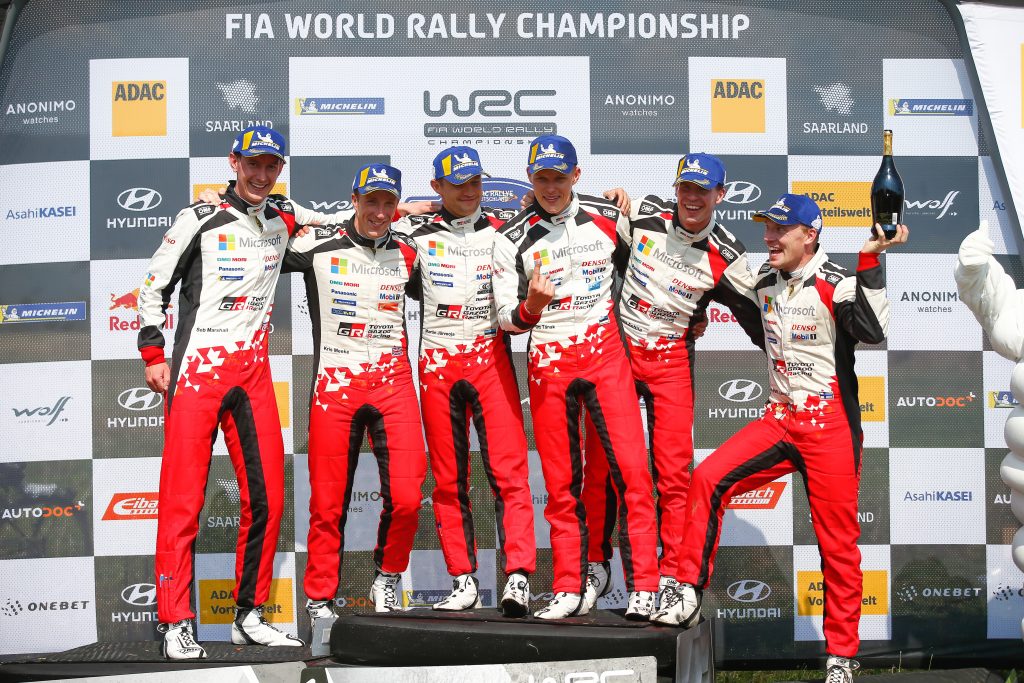 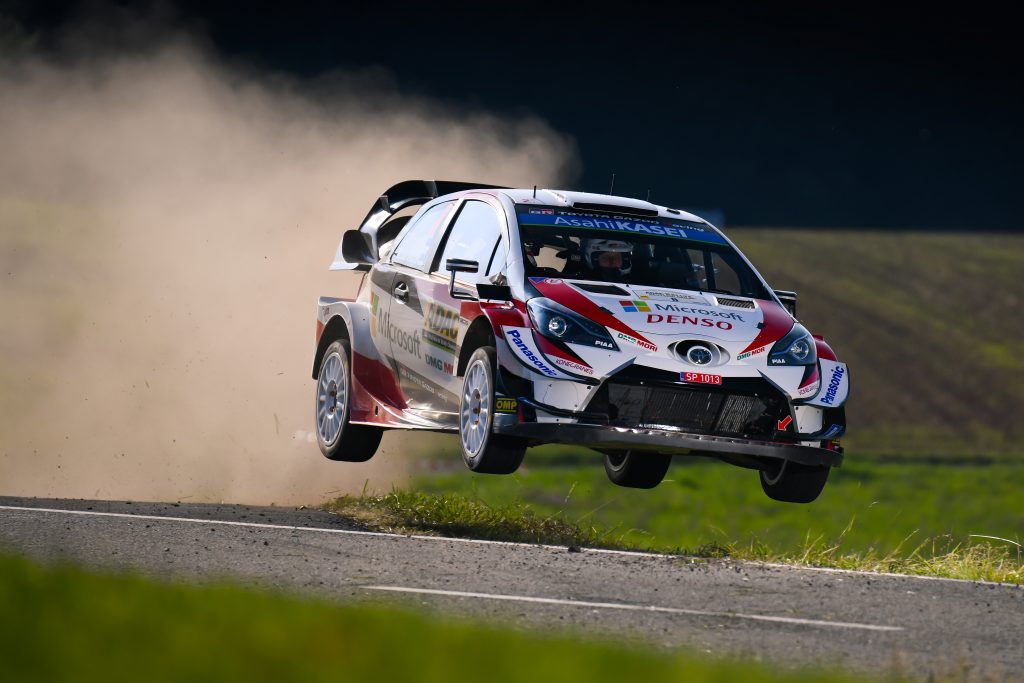 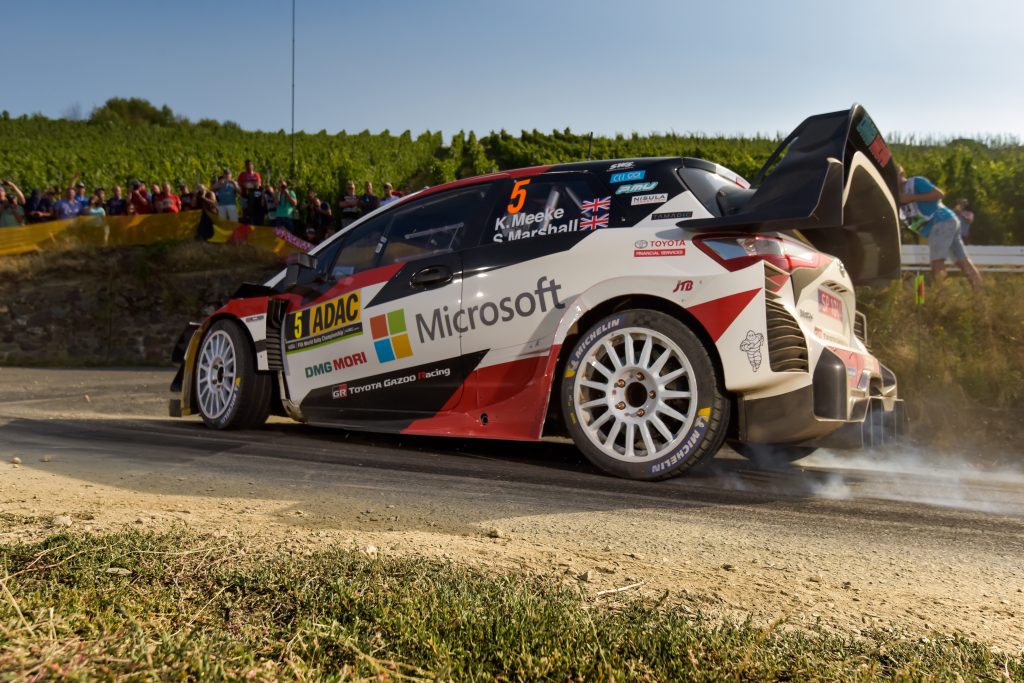 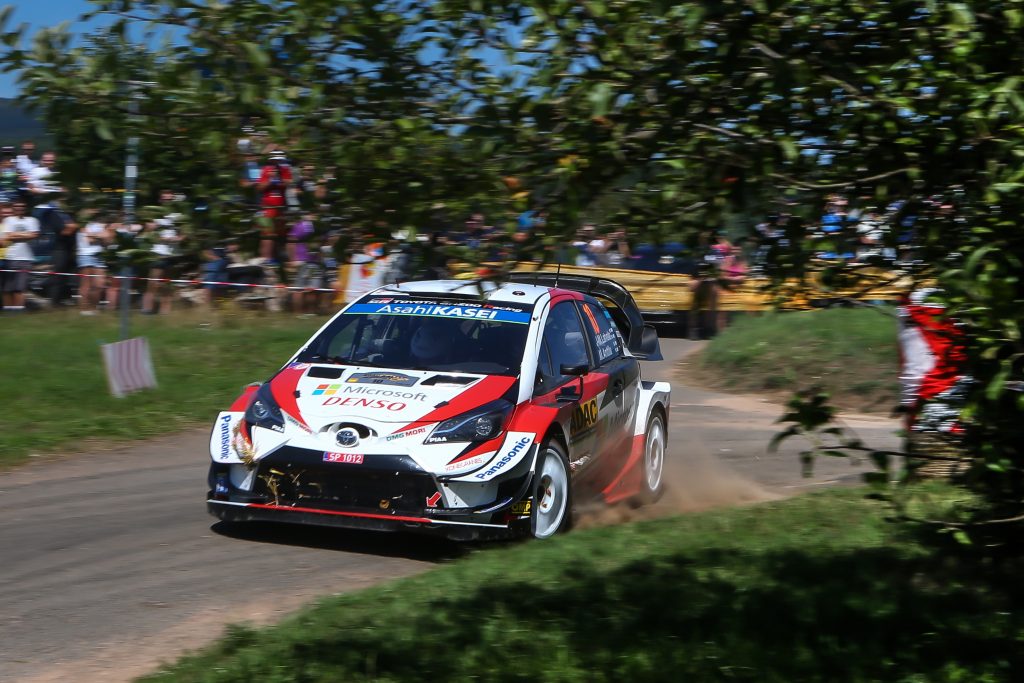