The future of zero emission haulage moved closer this week with the unveiling of a new hydrogen fuel cell electric heavy duty truck developed by Toyota in partnership with the Kenworth Truck Company. The debut vehicle is the first of 10 that are planned for freight duties in and around the ports of Los Angeles and Long Beach in California.

The new generation truck builds on the capabilities of Toyota’s original Project Portal proof-of-concept machines that have pioneered the use of hydrogen fuel cell technology for cleaner transportation of cargo. The new truck provides better packaging and an estimated driving range of more than 300 miles on a tank of fuel – double that of typical drayage trucks on the average daily duty cycle.

The new trucks will form part of the Zero and Near-Zero Emissions Freight Facilities Project (ZANZEFF) in the Los Angeles and Long Beach ports and the LA basin. They have been developed with support from the Port of Los Angeles and the California Air Resources Board (CARB).

“Toyota is committed to fuel cell electric technology as a powertrain for the future because it’s a clean, scalable platform that can meet a broad range of mobility needs with zero emissions,” said Bob Carter, Toyota’s Executive Vice President for Automotive Operations. “The ZANZEFF collaboration and the innovative ‘Shore-to-Store’ project allow us to move heavy duty truck fuel cell technology towards commercialisation.”

CARB has awarded $41 million to the Port of Los Angeles for the ZANZEFF project as part of California Climate Investments, an initiative to put billions of dollars to work reducing greenhouse gas emissions, strengthening the economy and improving public health and the environment.

“This substantial climate investment by the state, matched by the project partners, will help speed up the number of zero emission trucks in the California communities and neighbourhoods where they are needed the most,” said Marcy D. Nichols, CARB Chair. “It will provide a real world-at-work demonstration of innovative heavy duty fuel cell electric technologies. The project offers a commercial solution to move cargo and freight around the state using zero emission trucks and equipment that protect air quality and cut climate-changing emissions.”

Since April 2017, Toyota’s Project Portal Alpha and Beta proof-of-concept trucks have logged more than 14,000 miles of testing and real-world drayage operations, while emitting nothing but water vapour. The first Kenworth/Toyota Fuel Cell Electric Truck (FCET) in the ZANZEFF project will begin work in the fourth quarter of 2019, increasing the ports’ zero emission trucking capacity and further reducing the environmental impact of drayage operations.

The new truck is based on the Kenworth T680 Class 8 model, fitted with Toyota’s fuel cell electric technology. Pioneered by the Port of Los Angeles, with leading support from Toyota, Kenworth and Shell, it provides a large-scale ‘Shore-to-Store’ plan and a framework for freight facilities to structure operations for future goods movement. The initiative will help reduce emissions by more than 500 tonnes of carbon dioxide and 0.72 weighted tonnes of other harmful emissions, including nitrous oxides, reactive organic gas (ROG) and PM10 particulates.

“The collaboration between the Port of Los Angeles, Kenworth, Toyota and Shell is providing an excellent opportunity to demonstrate the viability of fuel cell electric technology in both drayage service and regional haul commercial vehicle applications in Southern California,” said Mike Dozier, Kenworth Truck Company General Manager. “The performance of the 10 Kenworth Class 8 trucks being developed under this programme is targeted to meet or exceed that of a diesel-powered truck while producing water as the only emissions by-product.”

Note to editors: further details about the project and high-resolution images are available at https://global.toyota/en/newsroom/corporate/27882744.html 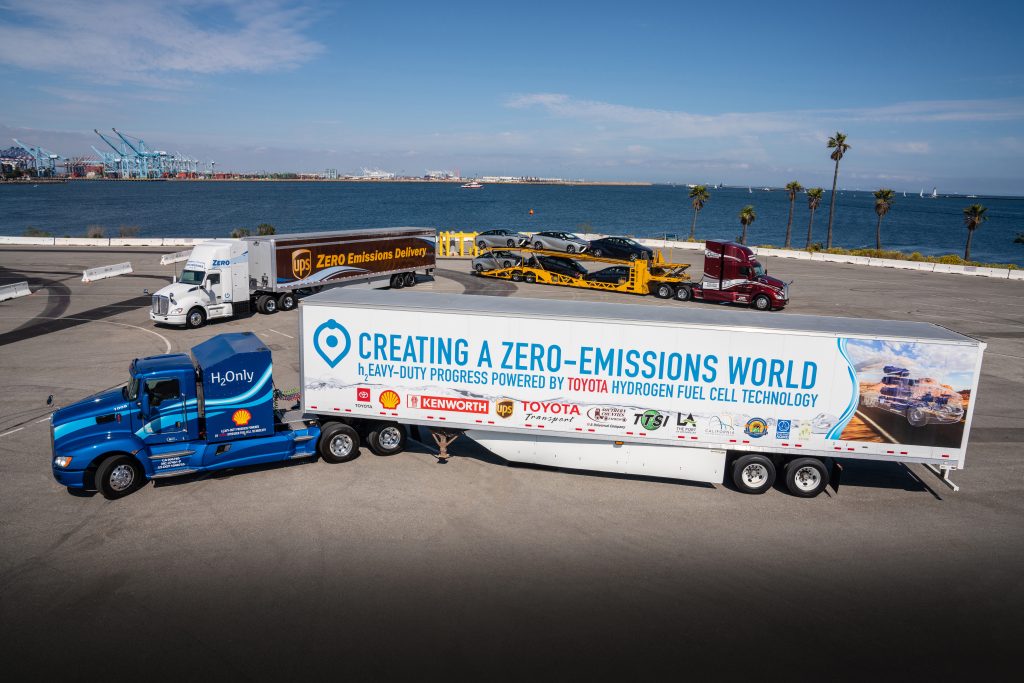 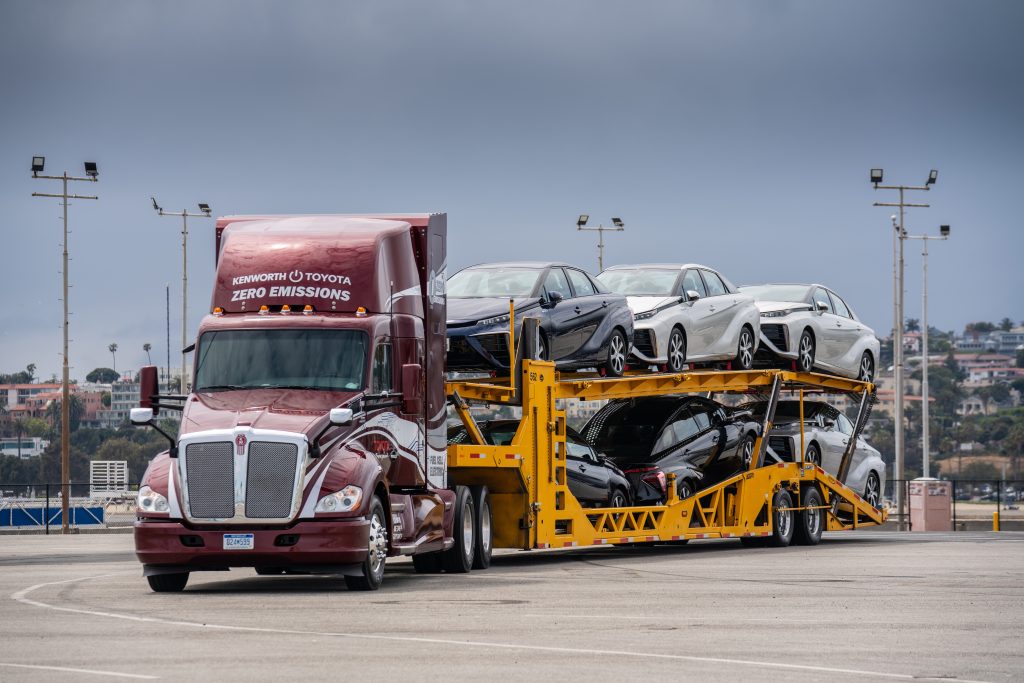 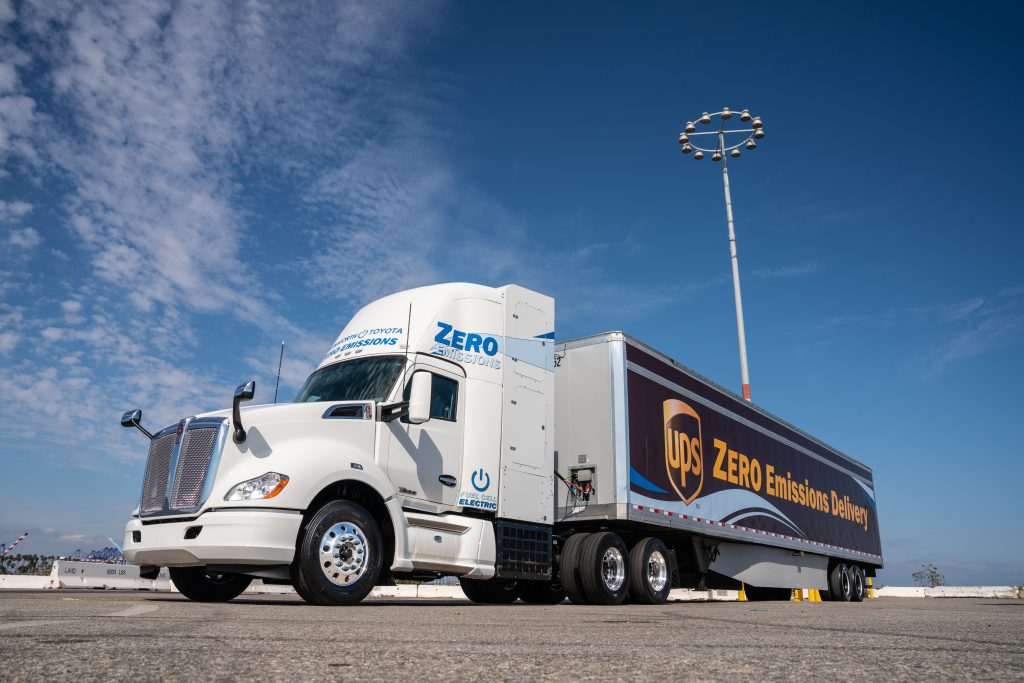