Toyota Motor Corporation (Toyota) and its subsidiary, Woven Planet Holdings Inc (Woven Planet), have developed a working prototype portable hydrogen cartridge to transport and supply hydrogen energy to power a broad range of everyday applications both in and outside the home.

Toyota and Woven Planet will conduct Proof of Concept (PoC) trials in various locations, including Woven City, a human-centered smart city of the future, currently under construction in Susono City, Shizuoka Prefecture, in Japan.

A film of the new hydrogen canister can be viewed and downloaded here: Toyota and Woven Planet  New Portable Hydrogen Cartridge Prototype

Toyota and Woven Planet are studying a number of pathways to carbon neutrality and consider hydrogen to be a promising solution with significant advantages. No carbon dioxide(CO2)  is emitted when hydrogen is used; when hydrogen is made using renewable energy sources such as wind, solar, geothermal, and biomass, CO2 emissions are minimised during the production process. Hydrogen can be used to generate electricity in fuel cell systems and can also be used as a combustion fuel.

Together with ENEOS Corporation, Toyota and Woven Planet are working to build a comprehensive hydrogen-based supply chain aimed at expediting and simplifying production, transport, and daily usage. These trials will focus on meeting the energy needs of Woven City residents and those living in its surrounding communities.

●    Portable, affordable, and convenient energy that makes it possible to bring hydrogen to where people live, work, and play, without the use of pipes

●    Can be swapped for easy replacement and quick recharging

Next steps for the hydrogen cartridge

Today, most hydrogen is generated from fossil fuels and used for industrial purposes such as fertiliser production and petroleum refining. To use hydrogen as an energy source in our homes and daily life, the technology must meet different safety standards and be adjusted to new environments. In the future, Toyota expects hydrogen will be generated with very low carbon emissions and used in a wider variety of applications. The Japanese government is working on a range of studies to promote the safe early adoption of hydrogen and Toyota and its business partners are excited to offer cooperation and support.

Toyota’s goal is to help hydrogen become commonplace by making this clean form of energy safe, convenient, and affordable. By establishing the underlying supply chain, Toyota hopes to facilitate the flow of a larger volume of hydrogen and fuel more applications. Woven City will explore and test an array of energy applications using hydrogen cartridges including mobility, household applications, and many future possibilities we have yet to imagine. Together with inventors and those living within and around Woven City, Toyota will continue to advance mobility over time by constantly developing more practical applications for hydrogen cartridges. In future Woven City demonstrations, Toyota will continue to improve the hydrogen cartridge itself, making it easier to use and increasing the energy density.

The ultimate goal of this project is to realise a carbon-neutral society where everyone can access clean energy, first in Japan and then throughout the world. Toyota and Woven Planet aim to develop best practices for incorporating clean hydrogen energy into daily life by conducting human-centered demonstrations in and around Woven City. These real-life experiences will help the companies learn how to best transform hydrogen into a familiar, well-used, and popular form of energy.

*1  Specifications and design are subject to change. The target weight of a full tank (5kg) excludes a valve and protector. Multiple types of receptacles will be considered in the future based on further application research over time. 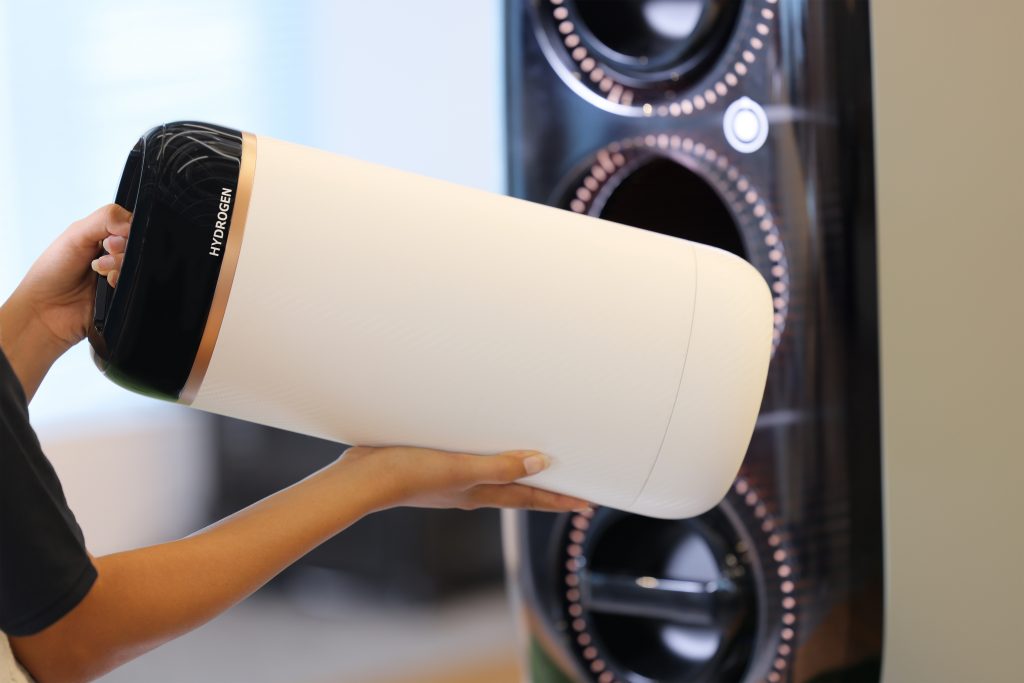 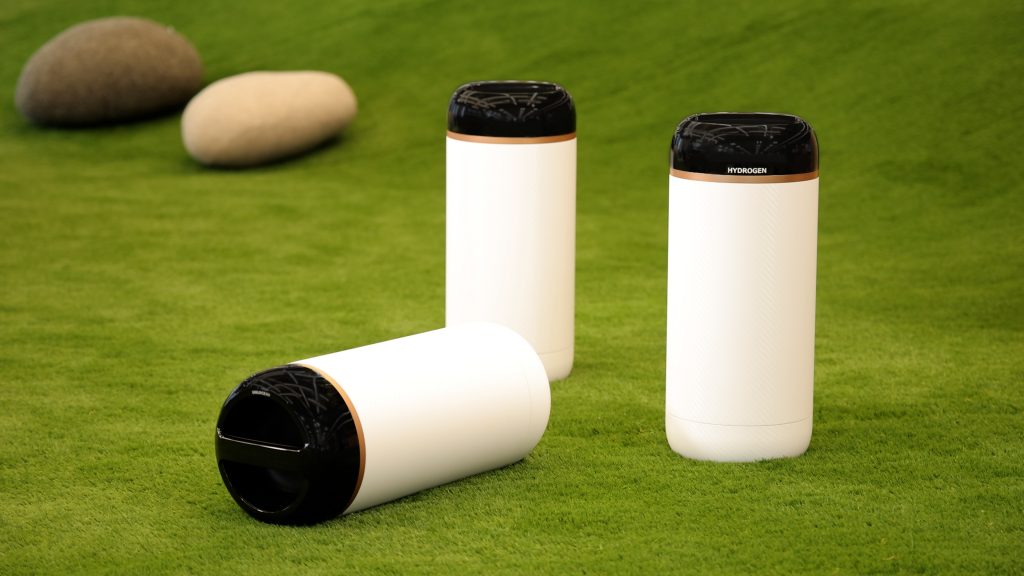