Toyota Gazoo Racing puts its long unbeaten run on the line when it aims for a fifth consecutive Le Mans 24 Hours victory in the 90th running of the legendary French endurance race on 11-12 June.

Since winning the team’s first Le Mans crown in 2018, Toyota Gazoo Racing has won every subsequent race at La Sarthe, making history in the process by adding a new fastest race lap to its existing qualifying record, as well as becoming the inaugural Hypercar winners last year with the GR010 Hybrid.

Mike Conway, Kamui Kobayashi and José María López aim to defend their Le Mans crown in the No7 GR010 Hybrid, following an emotional first victory last year. They arrive in France fresh from a first win of the 2022 FIA World Endurance Championship (WEC) season in a dramatic 6 Hours of Spa in early May.

In the No8 GR010 Hybrid, Sébastien Buemi and Brendon Hartley are multiple Le Mans winners, with three and two wins respectively. For 2022 they race alongside Ryo Hirakawa, who has competed twice in the LMP2 class at Le Mans but is making his debut in the top class.

This year’s Le Mans represents the first for Kazuki Nakajima in his new role as Vice Chairman of Toyota Gazoo Racing Europe. The three-time Le Mans winner and 2018-2019 World Champion plays a vital part in team management on and off the track, strengthening operations and fostering a professional family atmosphere following the spirit of Team Founder Akio Toyoda.

As the third round of the 2022 WEC season, Le Mans offers double points and a chance for Toyota Gazoo Racing to jump to the front of the manufacturers’ and drivers’ standings following a close start to the year in the Hypercar class against strong competition from Alpine and Glickenhaus.

This year’s race marks a significant milestone for Toyota’s involvement in endurance racing; the team’s first hybrid LMP1 car, the TS030 Hybrid, made its WEC debut at Le Mans in 2012. Over the subsequent decade, the team has participated in 72 WEC races, won eight World Championships (four manufacturers’ and four drivers’), 36 races and earned 31 pole positions.

Toyota’s heritage at Le Mans dates back to 1985 and that history will be celebrated when Kazuki Nakajima gets behind the wheel of the Toyota Tom’s 85C Group C car to bring the winners’ trophy on to the starting grid as part of the pre-race ceremonies. Kazuki’s father Satoru drove the car to 12th place 37 years ago.

Before that, the team faces an intense week of preparation, which starts with the official test day on Sunday 5 June. That is the only opportunity all year for competitors to test their cars on the 13.626km Circuit de la Sarthe, which is a unique mix of public roads and permanent circuit.

Lessons learned from test day will guide the team as they rebuild and refine the cars for five hours of practice and a 60-minute qualifying session on Wednesday. Thursday sees a further five hours of practice, either side of the 30-minute Hyperpole session at 7pm BST, when Toyota Gazoo Racing will challenge for a sixth consecutive pole position.

The 90th Le Mans 24 Hours will begin at 3pm BST on Saturday, when 62 cars and 186 drivers participate in the highlight of the endurance racing calendar.

“Le Mans is the big target for the whole team and we have prepared intensively to be ready for the challenge. Even though we have won the race for the past four years, there are always difficulties, and situations when we need to solve problems. That happened in the race last year but, thanks to the efforts of the team and drivers, we found a solution and finally the No7 car won the race. Mike, José, me and the whole No7 crew had waited a long time for that moment, so it was very special, particularly because the No8 crew made it a one-two. This season we have also had some difficulties and it was a pity for the No8 to retire in Spa. The engineers have looked in detail at the issue and we believe it will not happen again. So I am sure we are ready for Le Mans; we go there with confidence and optimism. I am sure we will be part of an exciting race for the fans.”

“I will never forget the feeling last year when our No7 car won Le Mans. Kamui, José and me had been fighting for such a long time to achieve that, always pushing and preparing ourselves for the big race. It’s an incredible emotion to stand on the top step of the podium for the first time but when you’ve experienced that once, you want to be back there again. It will be harder than ever because the competition is very close this year in Hypercar, but I know how strong this team is and I am sure we can fight for victory again.”

“The team has worked intensely since the chequered flag in Le Mans last year to be strong for this year’s race. Thanks to everyone in Cologne and Higashi-Fuji who are pushing so hard to make sure we are prepared and ready to fight for the win. Anything can happen at Le Mans so it’s impossible to be confident; we just have to do our job without mistakes, execute a clean race and see where we are at the chequered flag. It should be an exciting fight with Alpine and Glickenhaus, so I’m sure it will be a great occasion for the fans.”

“I always look forward to Le Mans because it is the highlight of the season; we work so hard all year for this race. It’s a privilege to have won the race three times already but that doesn’t change my motivation or emotions; every year I go there with a big determination to win. It’s such a challenging race and so many things are out of a driver’s control; the weather, safety cars, full course yellows and lapped traffic all have an influence. But we know the whole team has to be focused, without any mistakes, and this will give us the chance to challenge at the front.”

“Le Mans is such a special race, with so much history and a really unique atmosphere. I fell in love with this race the first time I raced at Le Mans in 2012 and I’ve had some incredible memories since then. In many ways it is a brutal event for the whole team because the days before the race are long and hard, then a 24-hour race is always a unique challenge. Just to get to the end of such a race is a credit to every team and driver who manages, but of course we are aiming for more than that. We all aim to extend Toyota Gazoo Racing’s winning run in Le Mans.”

“I am really looking forward to my first Le Mans as part of Toyota Gazoo Racing. When I first raced at Le Mans, in 2016 I was so impressed by the atmosphere and the number of fans; it is a really special event and it’s an honour to be part of it. Spa was a difficult race for our car, and disappointing for me that I didn’t have the chance to do any laps in the race. Everyone in the team has worked hard to address that issue and make sure we are well prepared for Le Mans, so I hope for a strong race and a close fight at the front.” 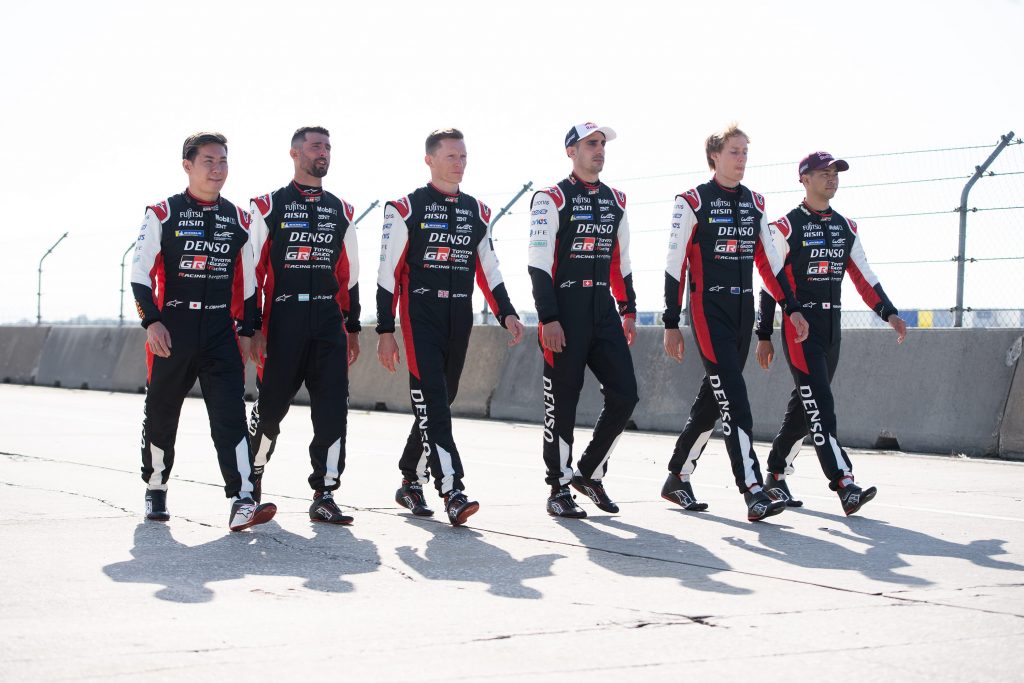 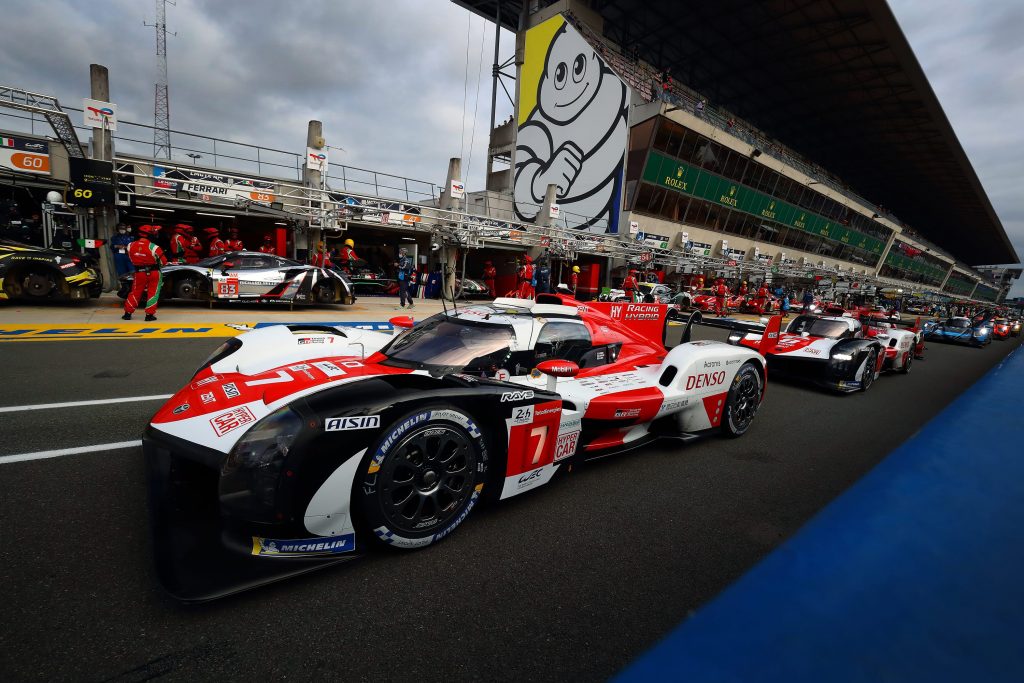 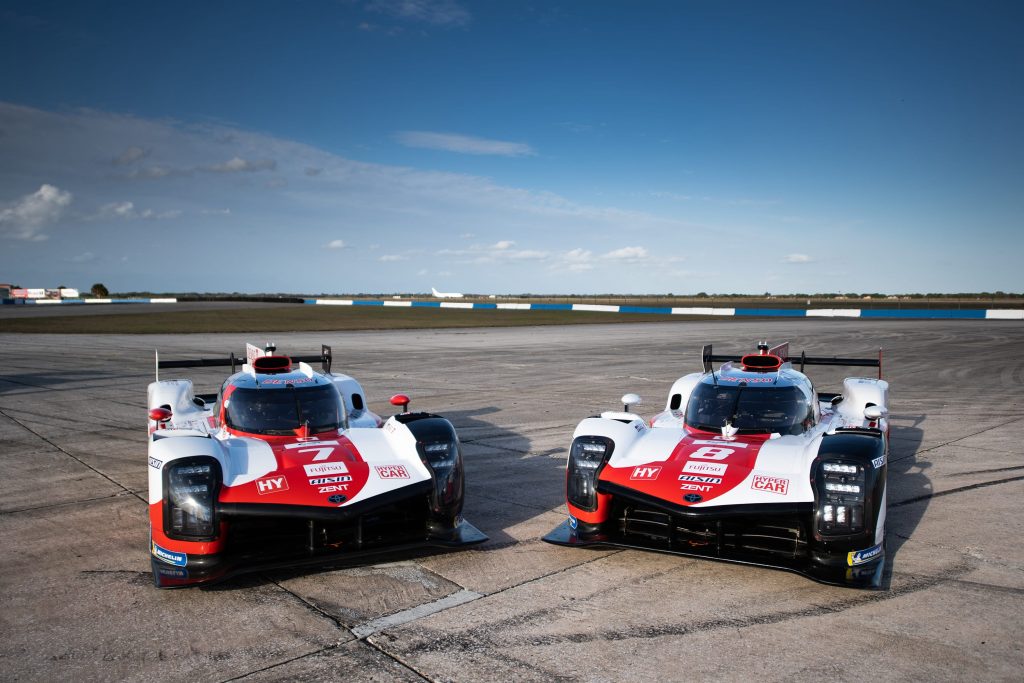