The Toyota Gazoo Racing World Rally Team are ready to take on a fourth different challenge in as many events when the Rally de Portugal hosts the first gravel round of the 2021 season, from 20–23 May.

Following a one-two finish on the previous event in Croatia, Toyota leads both the manufacturers’ championship and the drivers’ standings, where Sébastien Ogier holds first place after two victories in the first three rallies of the season. Elfyn Evans is third, 10 points behind his team-mate, and Kalle Rovanperä fifth, within 22 points of the lead. Once again, Takamoto Katsuta will be behind the wheel of a fourth Yaris WRC in Portugal as part of the Toyota Gazoo Racing WRC Challenge Program, and looking to build on three consecutive top-six finishes.

The team continue to develop the Toyota Yaris WRC during its fifth season of competition and, after an update to the car’s aerodynamic package debuted in Croatia, a new engine will be introduced in Portugal with improvements in power and reliability.

After events on ice, snow and asphalt so far this season, Portugal marks the first in a run of consecutive events on gravel. Returning to the calendar after the 2020 edition was cancelled amid the coronavirus pandemic, the rally is based in Matosinhos on the edge of the country’s second largest city Porto, and is characterised by fast but technical roads. The surface is usually soft and sandy at first, offering up limited grip for those opening the road, but can often become rocky and rutted for the second pass.

The rally route is similar to the last running in 2019, beginning with the ceremonial start in the city of Coimbra on Thursday evening. Friday features a loop of three stages in the nearby Arganil area which must be run twice without a mid-day service. Before returning north for the day-closing Lousada superspecial, there is a return to Mortágua for the first time in 20 years. Saturday is concentrated on the Cabreira mountains to the north-east of Porto for a loop of three stages run either side of service, before a new street test alongside the mouth of the Douro river rounds out the day. Five stages complete the rally on Sunday, including two passes of the returning Felguieras test and the famous Fafe, which hosts the Power Stage.

“After our strong result on asphalt in Croatia, we are now ready for the first of several events on gravel. Usually in Portugal, the sandy surface on top of the stages can make it quite slippery for the first cars in the morning. In the afternoon the grip is higher, but it can also be much rougher, and we have seen before how challenging this can be for the cars and for the tyres. For Seb, it could be very demanding being the first car on the road as championship leader, but I know he will try to make the best of it. Elfyn is in a bit of a better place, while Kalle will probably be in the strongest position of the three to challenge the other drivers. The team tested in Portugal a couple of weeks ago, working with the new hard and soft compound tyres from Pirelli and trying to find the best set-up for the car. Again, it’s going to be interesting to see how all of the teams adapt to the challenge, but I’m confident that we can do well.”

“It’s great to be going  back to Portugal. It’s one of the most special rallies for me personally: It was where I acheived my first WRC victory in 2010, and we have had several wins since then as well. Portugal is also a country where there is a huge passion for motorsport and especially rallying, and we always have fantastic support there. This time, we know we will probably have to face tough conditions opening the road, but Portugal is a place where we can have rain at this time of year, and that is always what you hope for in this situation. We actually had pretty wet conditions during my pre-event test day. It means I haven’t yet driven the new Pirelli gravel tyres so much in dry conditions, and we know that being clever with the tyre choice and managing them as well as possible is going to be an important part of this rally.”

“Portugal is always a nice event and I’m looking forward to going back there for the first gravel rally of the year. We have had four very different events to start the season and almost four different surfaces to contend with. As on the previous rounds, we will again be getting used to the new tyres in Portugal. Everything felt good in the pre-event test, but one consideration is that we won’t have as many soft tyres to use during the rally as in previous years, and that could affect how we make our tyre choices over the weekend. It’s been quite a while since the last gravel rally in Sardinia last year, so it’s hard to predict how it will go, but we’ll be there to give it our best shot like always.”

“After our retirement in Croatia it was nice to be back in the car just a few days later for our pre-event test in Portugal. It actually took some time to get back into the feeling – just because it had been so long since I had last driven on gravel. Overall though, I left with a good feeling from the car and from the new gravel tyres. I am excited to go to Portugal and compete on gravel again. I think it is an event that can suit me quite well, and I enjoyed it last time I was there in 2019 and we won our category. After Croatia, I think my approach will be a bit more sensible, but hopefully we can find a good speed straight away and fight for a good result.” 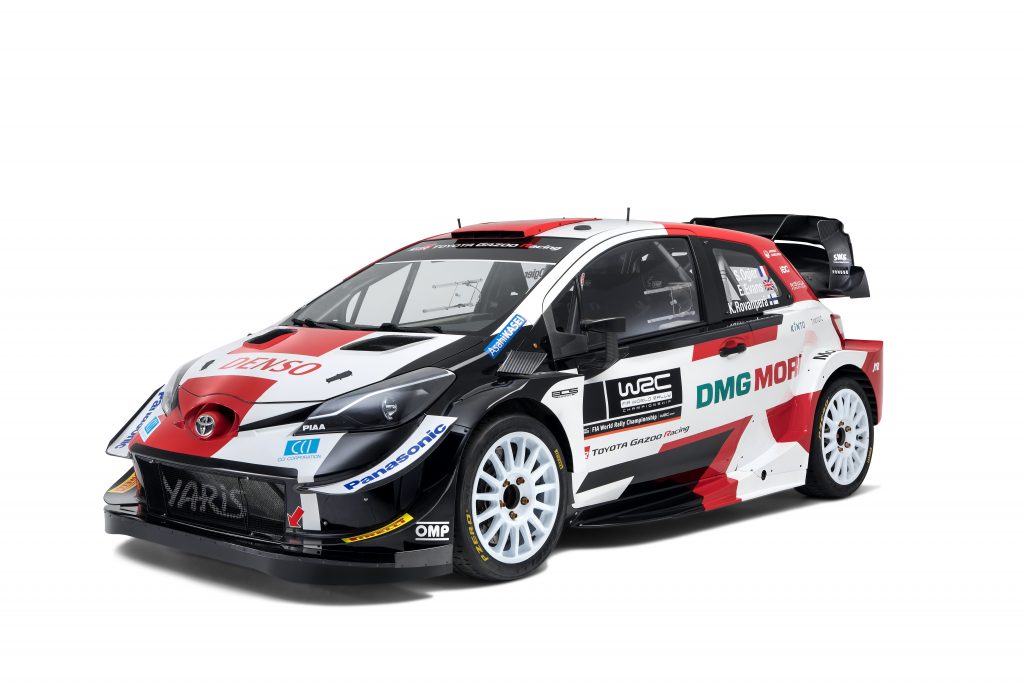