The Toyota Gazoo Racing World Rally Team take on the penultimate round of the 2021 FIA World Rally Championship – the Rally de España, 15-17 October – with the opportunity to claim both the manufacturers’ and drivers’ titles.

The team lead the manufacturers’ championship by 61 points, with a maximum of 52 points available after the Spanish event. For the third season in a row, a Toyota driver is guaranteed to win the drivers’ title, with 24 points separating team-mates Sébastien Ogier and Elfyn Evans after the latter’s victory on the previous round in Finland.

For Ogier, a six-point swing in his favour on a rally he has won three times would secure him his eighth world title, while Evans is looking to maintain his chances of a maiden crown. Kalle Rovanperä is currently fourth in the standings and only one point away from a place in the top three. TGR WRC Challenge Program driver Takamoto Katsuta will once more be in action in a fourth Yaris WRC.

Based in Salou on the Costa Daurada to the south of Barcelona, the rally returns to the calendar after one year away and moves back to being an exclusively asphalt event for the first time since 2009, having been run as a mixed-surface challenge for the previous 10 editions.

Friday has a loop of three stages repeated either side of midday service. It features a new stage, La Granadella, as well as Vilaplana (a reversal of 2019’s La Mussara Power Stage) and Riba-roja, last seen in this configuration in 2012. Saturday follows h a trio of repeated stages followed by a street stage in Salou. Sunday’s finale consists of the returning Santa Marina stage and the well-known Riudecanyes test, both to be run twice.

“It will be really nice to go back to Spain, especially now that the rally is a full asphalt event once again. The roads there are the best asphalt roads in the WRC, and I really enjoyed driving on them during my career. Of course, it is also helpful for us that our drivers leading the championship won’t have any gravel roads to sweep during the first day. It’s really exciting for us now that only a Toyota driver can win the drivers’ title, but naturally our main goal as a team in Spain will be to get enough points to secure the manufacturers’ championship. I think we have a good chance, but we need to do our work well in preparation and during the rally to get the results we need.”

“I’m really looking forward to Spain and to being back on asphalt again. It will be nice to have all three days of the rally on asphalt because those roads are really fun to drive. Also, for us it will good to not be sweeping gravel on the first day of the rally like we have been doing for much of the season. We are still in a strong position for the championship. Spain will be the first realistic chance to claim the title and I know what I need to do to make it happen. When I have the chance to win I try to fight for it, and this will be the simplest way to achieve our goal.”

“The win on Rally Finland was a great result for us. The drivers’ title is still a long shot for us but once more we’ll be giving our best in Spain and trying to get the best possible result there. The asphalt roads in Spain are really fantastic to drive, so I’m looking forward to competing on an all-asphalt event this time around. So far, whenever I’ve driven the Yaris WRC on asphalt, the surface has usually been quite dirty or provided very low grip, so I’m excited to drive the higher-grip roads in Spain in this car. That said, at this time of year the weather is never guaranteed to be dry, even in Spain. If it does rain, as we’ve seen in previous years, it can be quite a tricky and demanding event.”

“I have driven in Spain twice before in WRC 2 and I always liked the days on asphalt there, so for me it’s a positive thing that it will be a full asphalt rally again. If the weather is good then it’s a really nice event. The roads are really fast and flowing and a bit different to the other rounds we normally do on asphalt. It’s more like circuit driving and you need to be really precise, but when you get it right then it’s really enjoyable. The characteristics were quite different in Ypres but there I had a good feeling in the car in asphalt specification, and I hope we can have that again in Spain and fight for a good result for ourselves and the team.”

Toyota Gazoo Racing Set for Spain With Eyes on the Prize 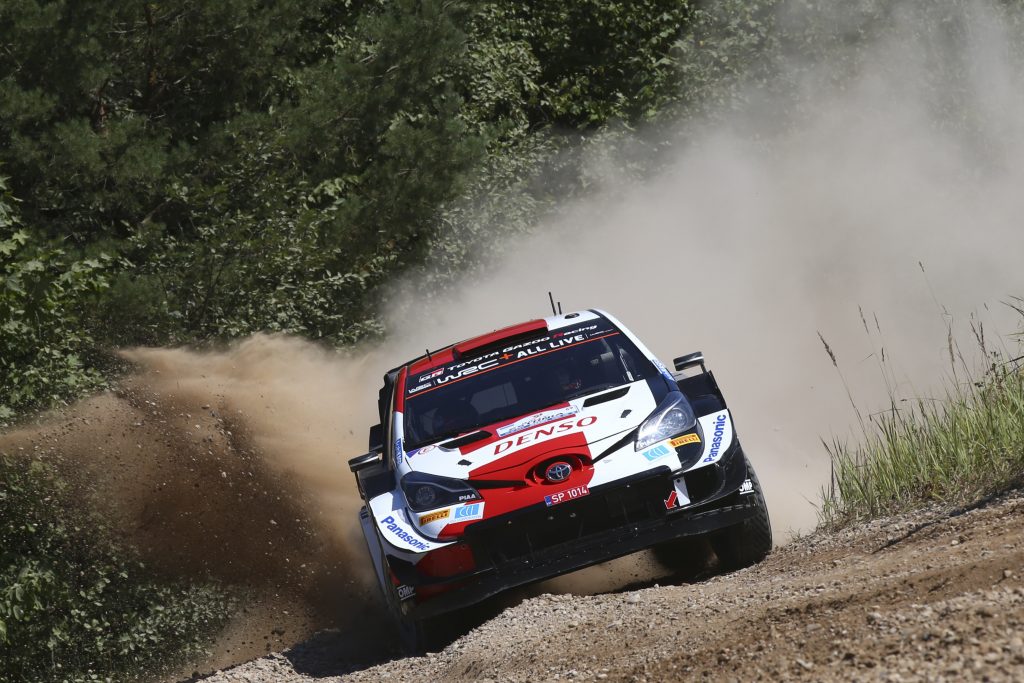