Home » Toyota Pick-Up Up And Away

Relief agencies and charities working in some of the world’s most inhospitable locations are dependent on tough and reliable transport to reach the people they are helping, but problems can arise and vital time can be lost when it comes to delivering vehicles to those who need them.

Toyota’s mighty Hilux Double Cab 4×4 is the ideal machine for extreme conditions, with its exceptional durability, load-carrying capacity and “go-anywhere” performance. More than that, a recent Ministry of Defence trial has shown that it can be carried comfortably in the cabin of the RAF Merlin HC 3 helicopter, an aircraft regularly deployed by British armed forces for airlift and battlefield support.

Recognising the popularity of the Hilux with services working internationally in areas such as disaster relief, medical aid, education and diplomatic monitoring, the MoD determined to see how easily it could move the tough Toyota to the front line.

The trial took place at 28 Squadron RAF Benson using a Hilux Double Cab EX provided by the Inchcape Oxford Toyota centre, located in nearby Kidlington. In keeping with the squadron motto “Whatsoever you can do, do”, it took just half an hour to demonstrate that the Hilux could be driven up and down the helicopter’s load ramp in and out of the cabin without the need for any structural changes to the aircraft.

Paul Couchman, Master Air Loadmaster at RAF Benson, said: “The vehicle seemed to be ideally designed to fit perfectly into the cabin space.”

Andrew Taylor, Inchcape Oxford Centre Principal, said: “This exercise was a real ‘first’ for us and we were delighted to be able to assist the squadron. The fact the Hilux was focus of the event helps reinforce its reputation as a vehicle of truly world-class ability.”

The Hilux’s strengths have made it a popular choice for more conventional transport purposes here in Britain. The current model line-up, recently upgraded for 2004, offers body style and powertrain options to suit a wide range of customers. Single, Extra and Double Cab versions are offered with low and high output versions of Toyota’s advanced 2.5-litre
D-4D common rail diesel engine. Two or four-wheel drive is available, according to body type, with payloads ranging from 900 to 2,250kg and towing capacity from 1.8 to 2.25 tonnes.

Toyota Pick-Up Up And Away 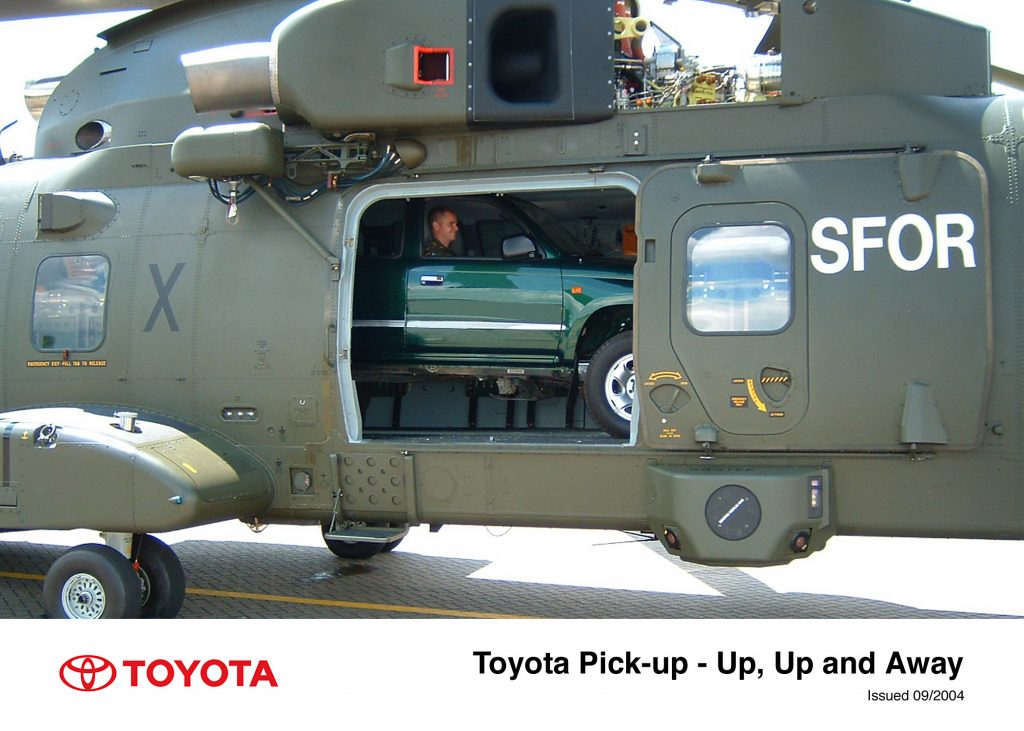 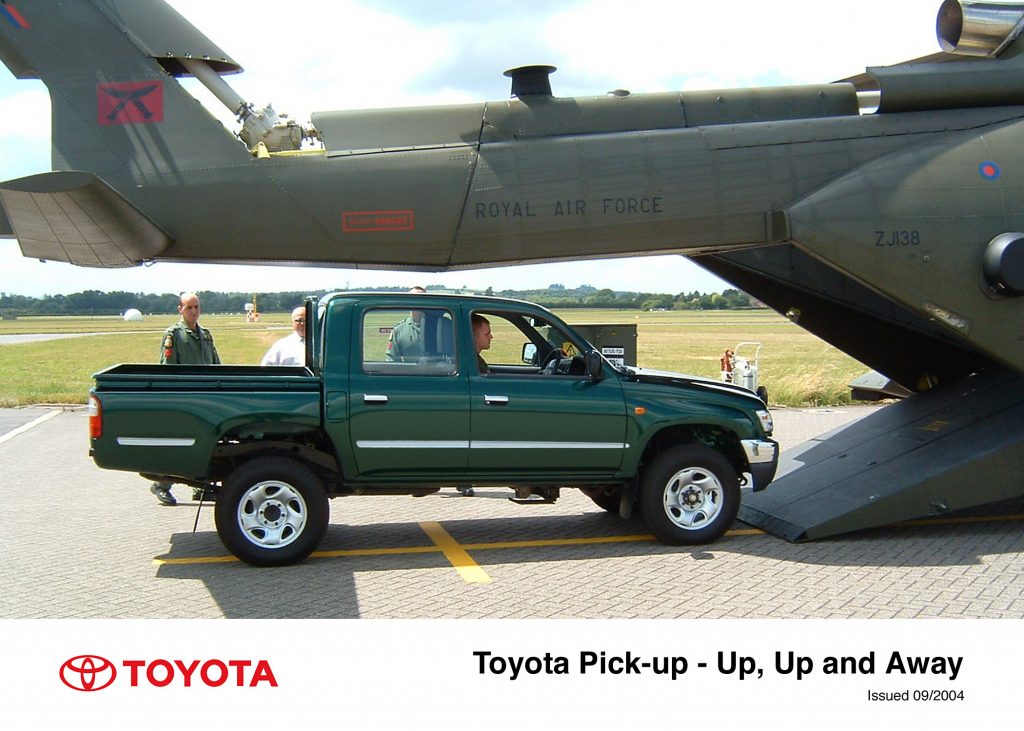 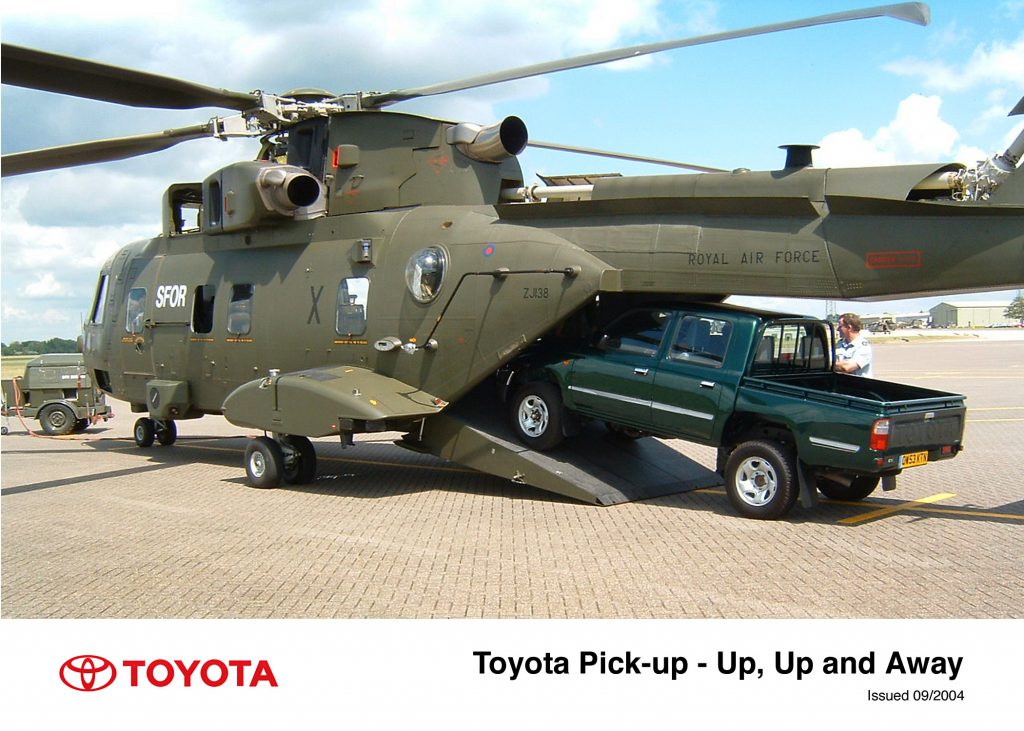 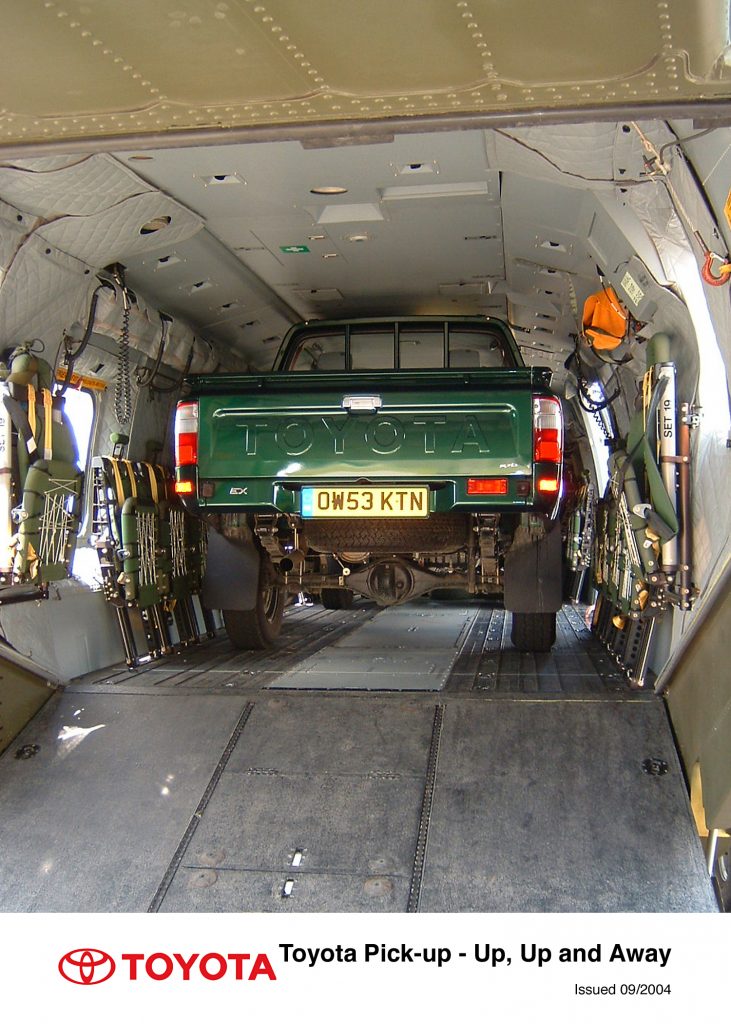 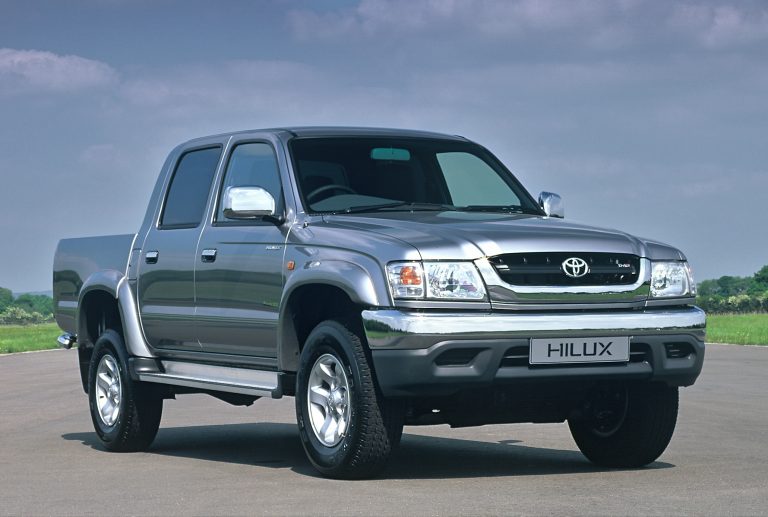 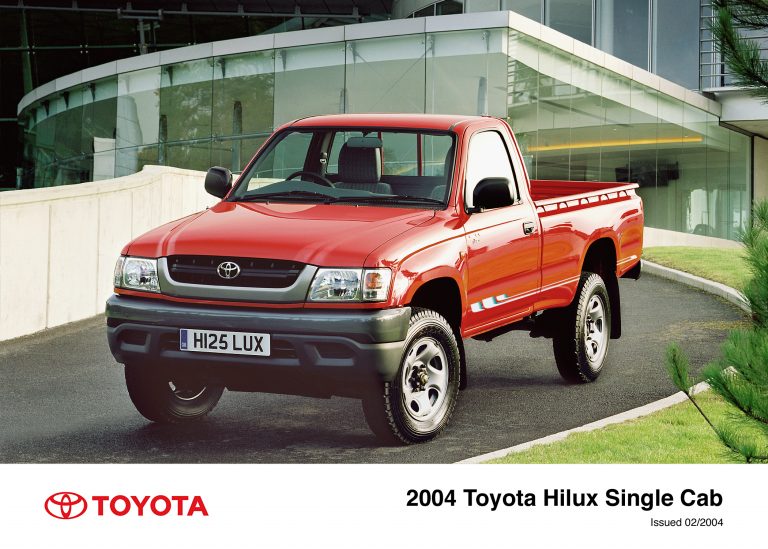 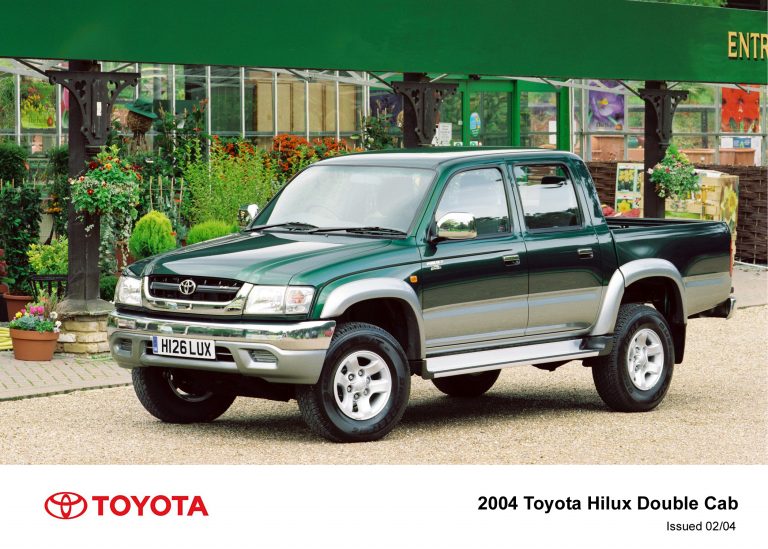 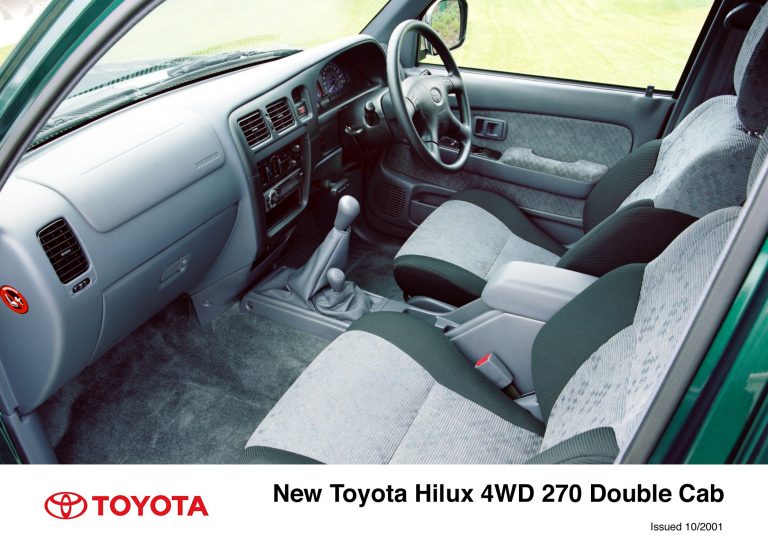