Two rallying amateurs will enter the motor sport record books in June as the crew of the world’s first petrol/electric hybrid rally car. Londoners, Nik Berg (32) and Tim Bampton (33) will compete in a Toyota Prius, the world’s first mass production petrol/electric hybrid car, on a three week, 5,000 mile marathon rally from the north of Sweden to the shores of the Red Sea in Jordan.

Just as the motor car pioneers of the early 20th Century proved the capabilities of their new fangled machines by competing on inter-city races across Europe, the rally Prius will cover over 5,000 miles (8,000km) through 10 countries in just 20 days. In that time they will tackle over 40 special stages totalling more than 450 miles (720km) on tarmac, gravel and desert.

The event, known as The Midnight Sun to Red Sea Rally, is sanctioned by motor sport’s governing body, the FIA, making Prius the first hybrid car ever to enter an officially recognised motor sport event.

The route runs from Ostersund in Sweden to Aqaba in Jordan. Across the Baltic, through remote, seldom seen parts of the Czech Republic, Slovakia, Hungary, Bulgaria and Romania and then along the Aegean Coast of Turkey and into the Lawrence of Arabia deserts of Syria and Jordan. From the land of the Midnight Sun to the Red Sea.

The Prius is the first of a new breed of car, one that uses less petrol and produces much lower emissions, especially around town. Hybrid – it denotes a combination of two power sources – will become more and more common as Toyota and others work to provide a sustainable alternative to the fossil fuel burning engine. Toyota is the leader in hybrid technology and recently celebrated the production of its 100,000th hybrid vehicle.

Prius and the technology within it have won Toyota many awards around the world, but competition was never part of the plan for this most eco friendly of cars until Nik Berg had the idea to enter one in the Midnight Sun to Red Sea Rally.

“I was looking for something different, a car that would give a unique perspective on the event. Prius was the obvious choice and Toyota were keen to assist,” said Nik.

The challenge of turning a fuel-efficient family car – specifically a three year old version which has previously earned its keep as a demonstrator for fleet customers and government officials – was handed over to Silverstone based race and rally preparation experts, Roger Dowson Engineering.

As this was the first ever competition Prius everything had to be designed from scratch including the safety roll cage and the stronger front suspension. Finished just days before leaving for Sweden, the rally Prius successfully completed a brief shakedown run at Silverstone Rally School.

Even with two motors it won’t be the fastest car in the rally, but the aim is reliability and reaching the finish in Jordan. “This is a world first for this type of vehicle and the rally itself will be the toughest test yet of this new technology, so just to finish will be a victory in itself,” explained Nik.

The rally starts in Ostersund, in northern Sweden on Monday, 3 June. The route then heads through Poland, the Czech Republic, Slovakia, Hungary, Romania, Bulgaria, Turkey, and Syria before reaching the finish in Jordan on Friday, 21 June.

You can follow the progress of the Prius via the Toyota web site (www.toyota.co.uk). As well as daily updates and weekly video feeds, the site will carry live satellite tracking of the car’s position throughout the event thanks to sponsor, TRACKER.

Notes To Editors: Driver Nik Berg is a freelance journalist and editorial consultant specialising in motoring and technology. Nik is a former Deputy Editor of BBC Top Gear Magazine and former Editor of BBC Tomorrow’s World Magazine. Londoner, Nik, 32, is married to Rachel and has a nine-month old son, Maximilian who already has his own Scalextric set! Nik has raced karts and Citroën 2CVs but this is his first real taste of rallying.

Navigator Tim Bampton is a marketing and PR consultant with MPA Fingal. Tim has a wealth of experience in motorsport, most recently in Formula One with Williams and Honda. Tim, 33, from Sevenoaks, Kent used to race single-seaters and is learning to adapt to life in the passenger seat!

Toyota is the world leader in hybrid vehicle technology. The Prius – Latin for “to go before” – is the world’s first mass production hybrid car. It has a retail price of £16,430 and customers qualify for a £1,000 grant from the Government-funded initiative TransportAction Powershift run by the Energy Saving Trust.

In future Toyota will utilise hybrid technology in many different sized cars as well as with hydrogen fuel cell powered vehicles to minimise the environmental impact of motoring.

The significance of Prius has already been recognised with many awards. It won the Japanese Car of the Year in 1998 as well as a special Car of the Double Decade award. In Europe Prius has also had praise heaped upon it:

Trans World Events runs two categories. The Rally is a full-on special stage event with stages timed to the second – fastest man wins! There are two categories, one for pre-1971 classic cars and one for modern modified showroom cars under 2-litres prepared to strict FIA Group N regulations.

Trans World Events is the only organisation licensed by the FIA to run marathon special stage events – a distinction they are justly proud of. 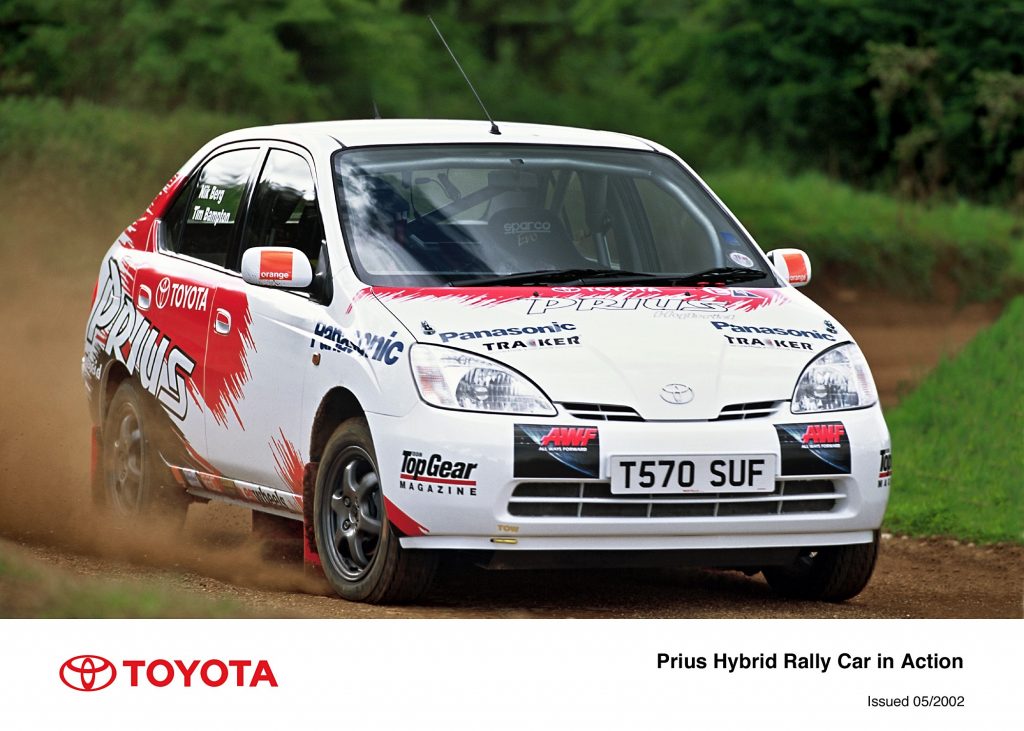 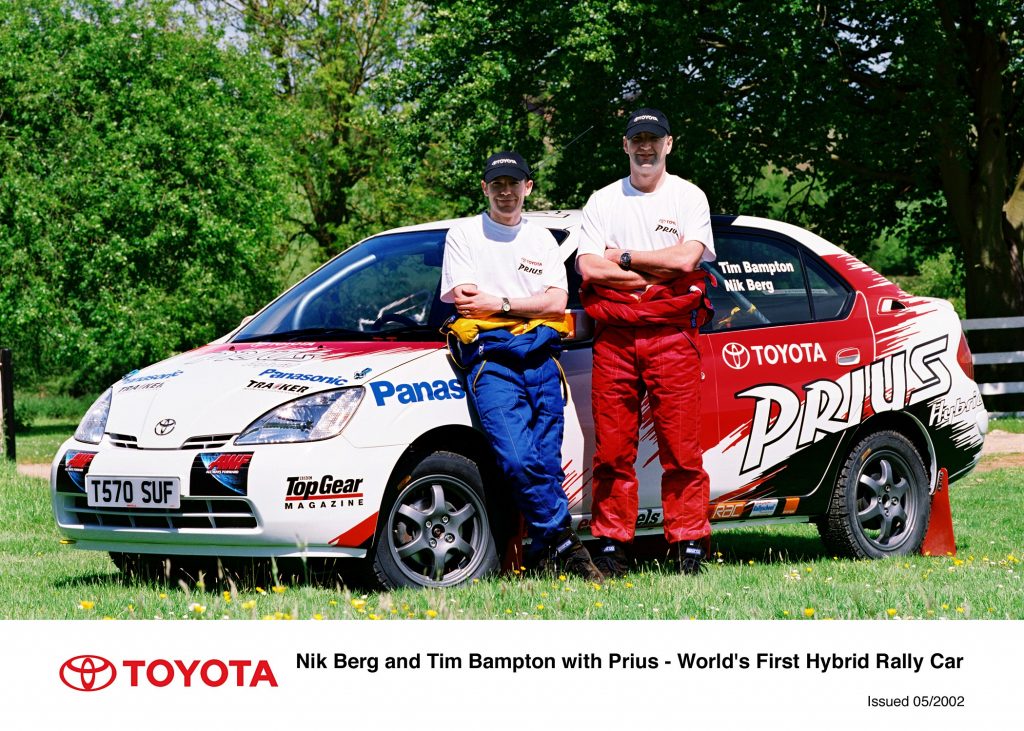 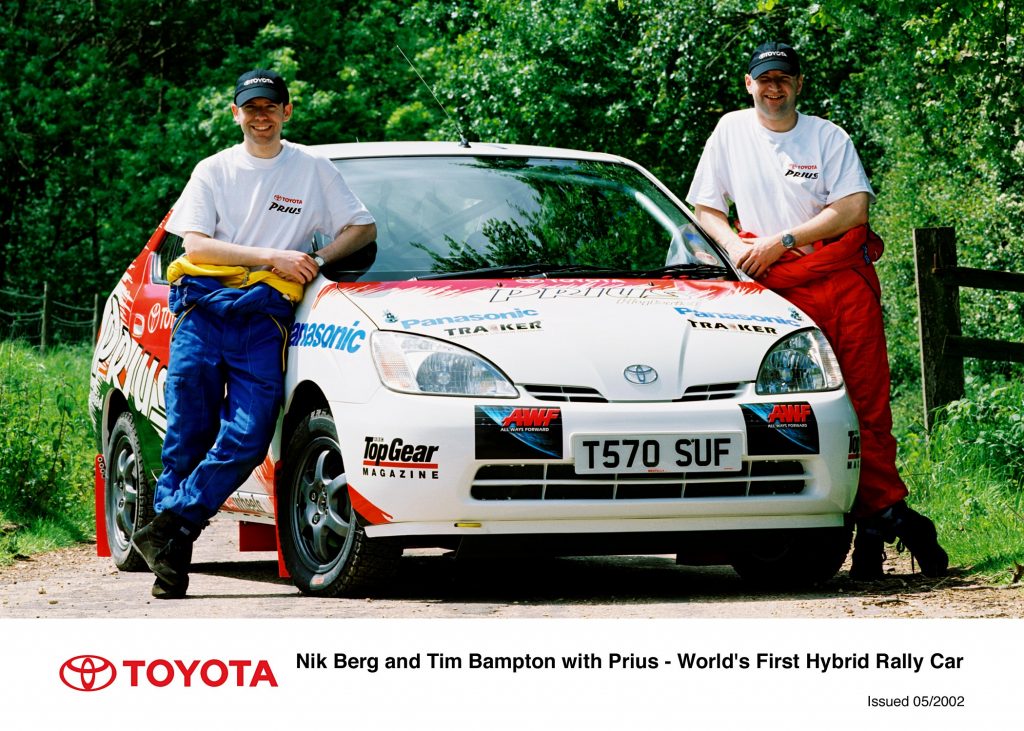 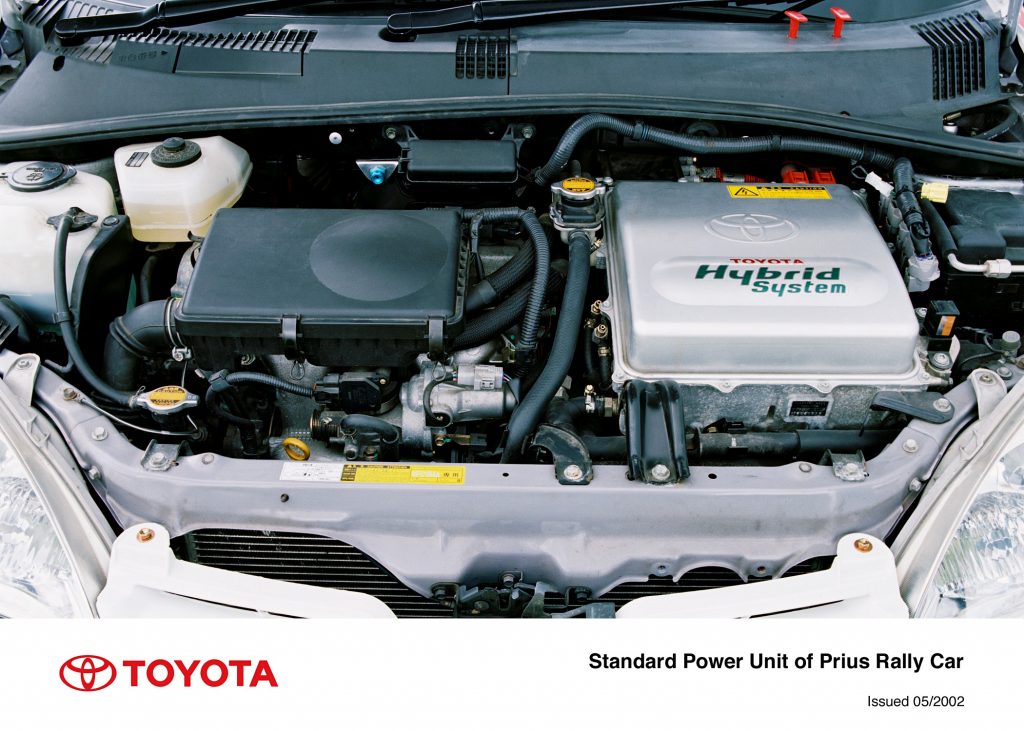 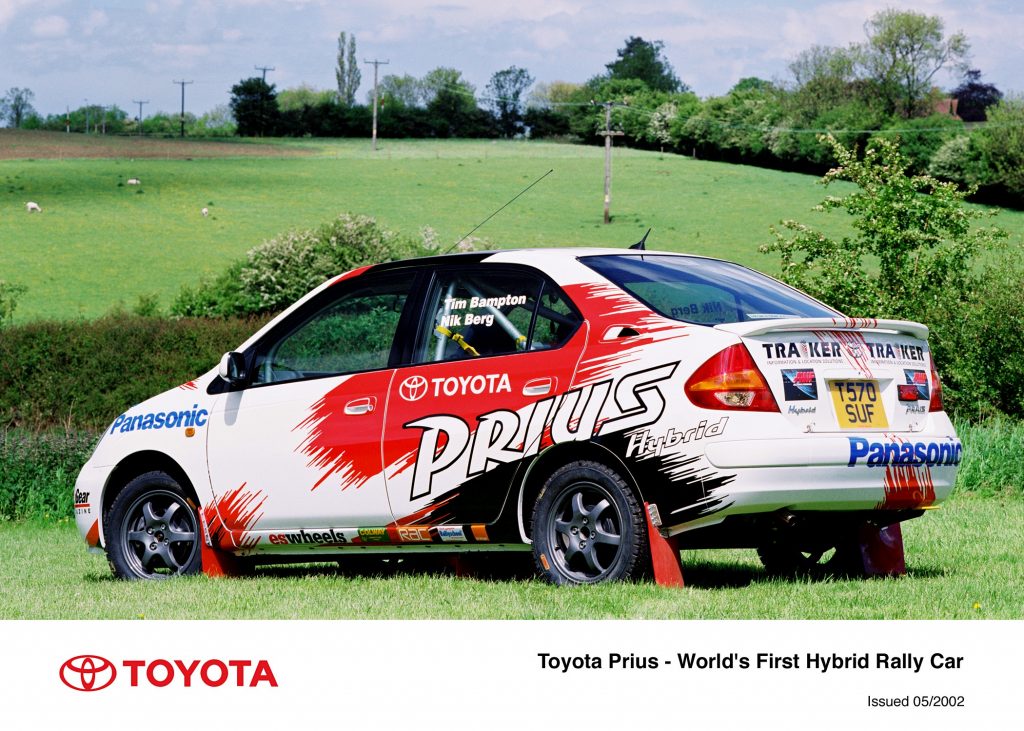 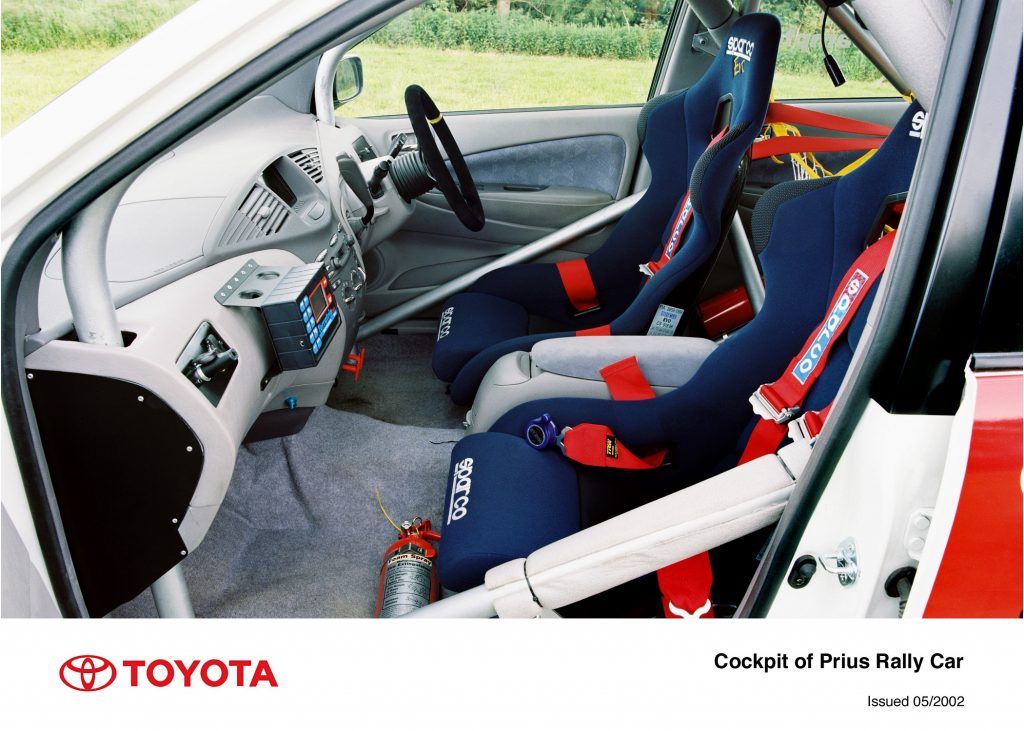 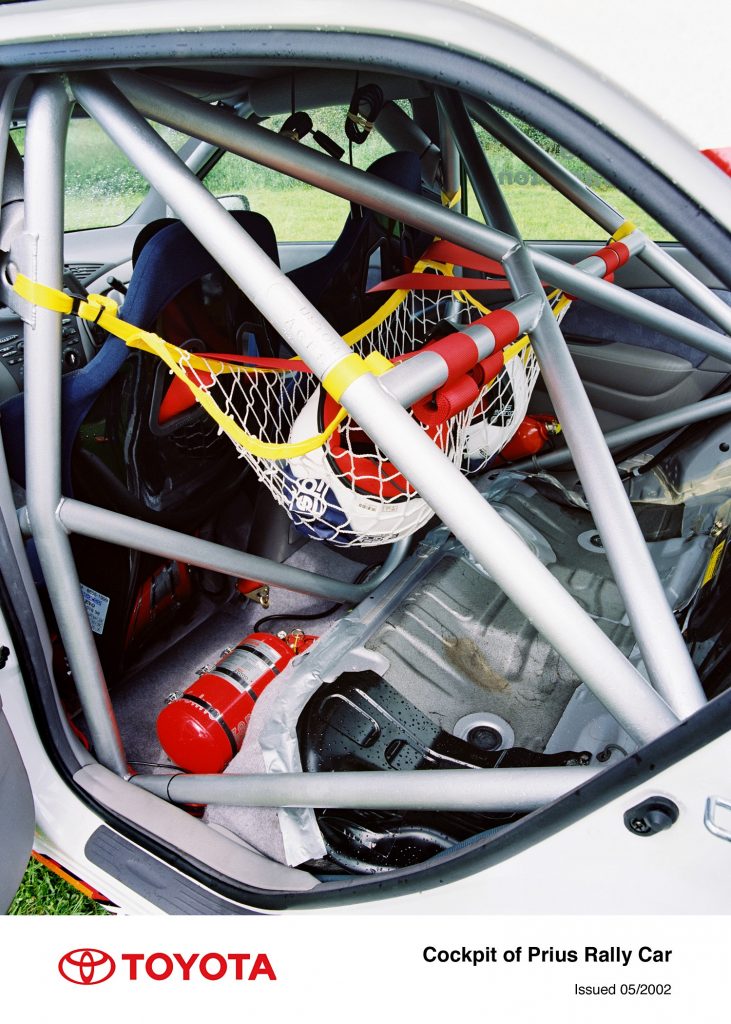 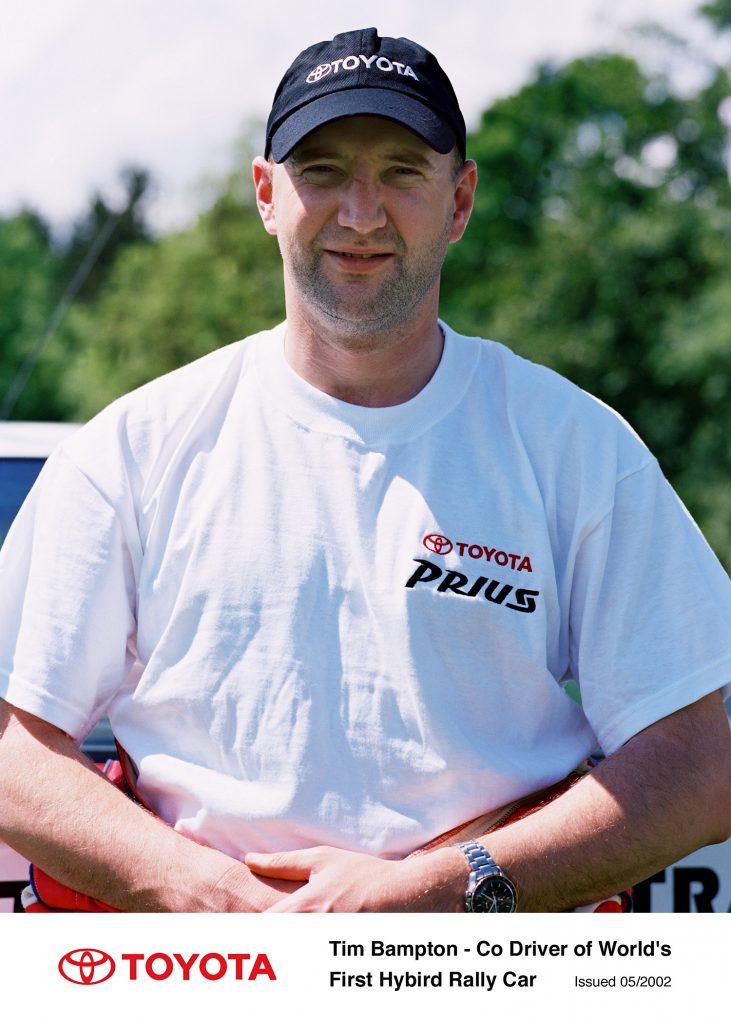 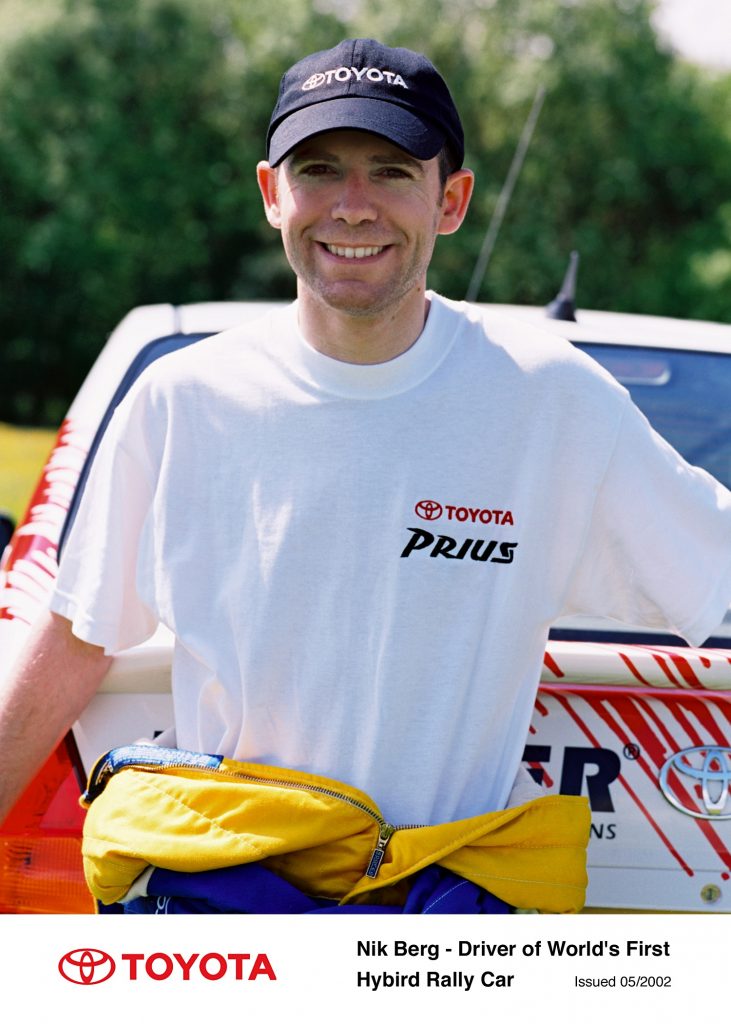 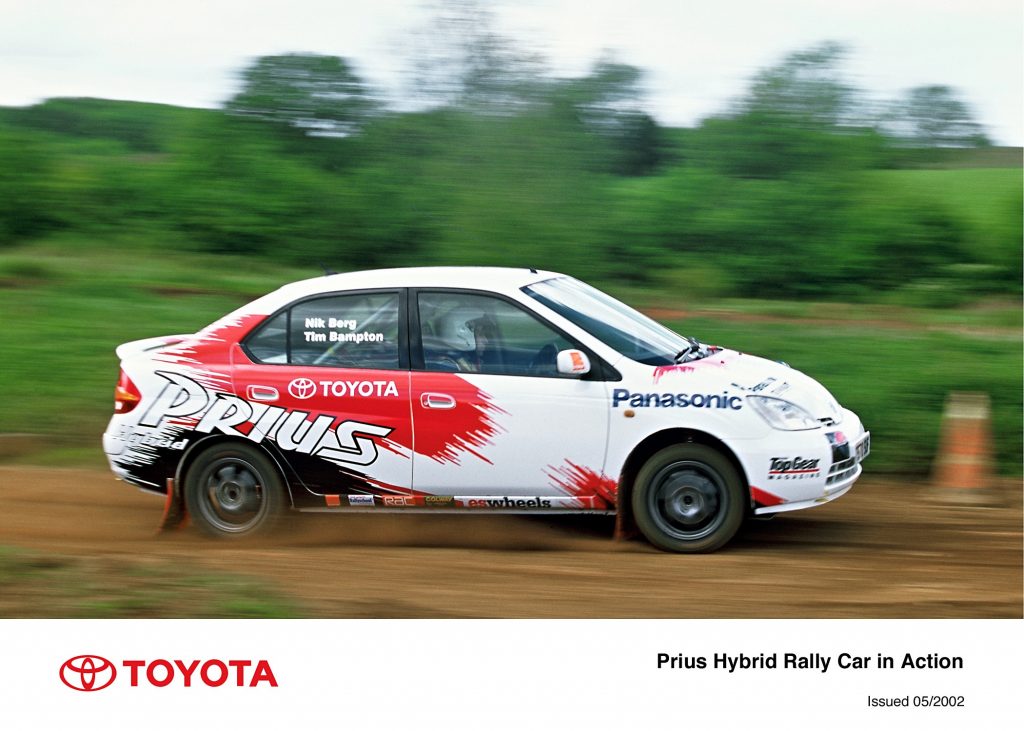 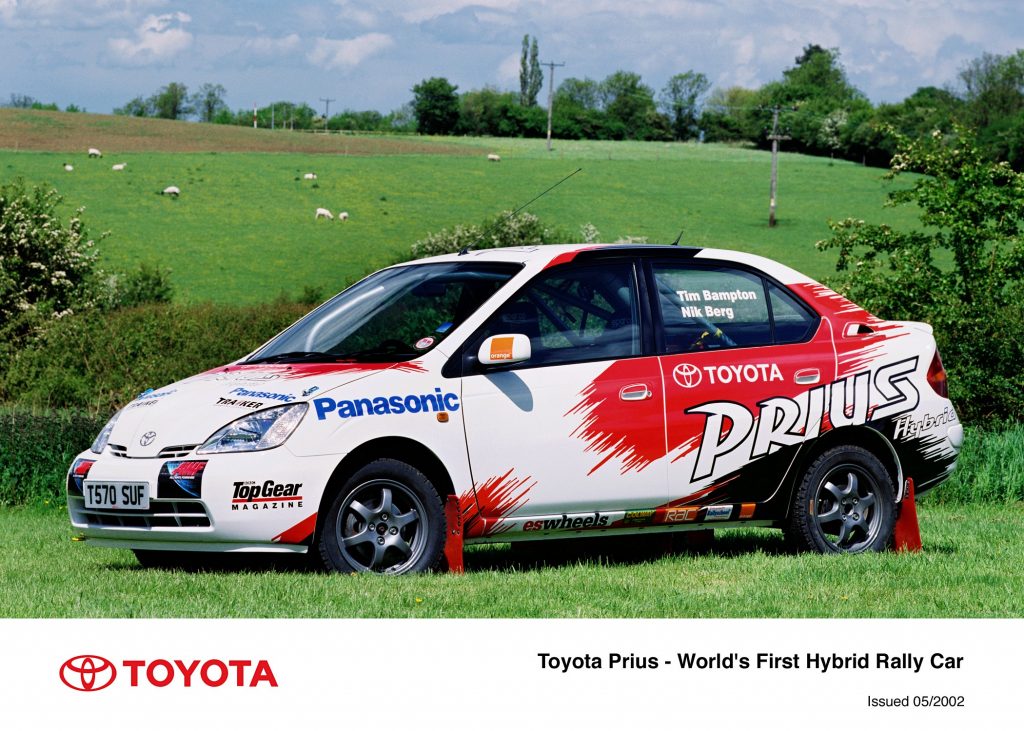 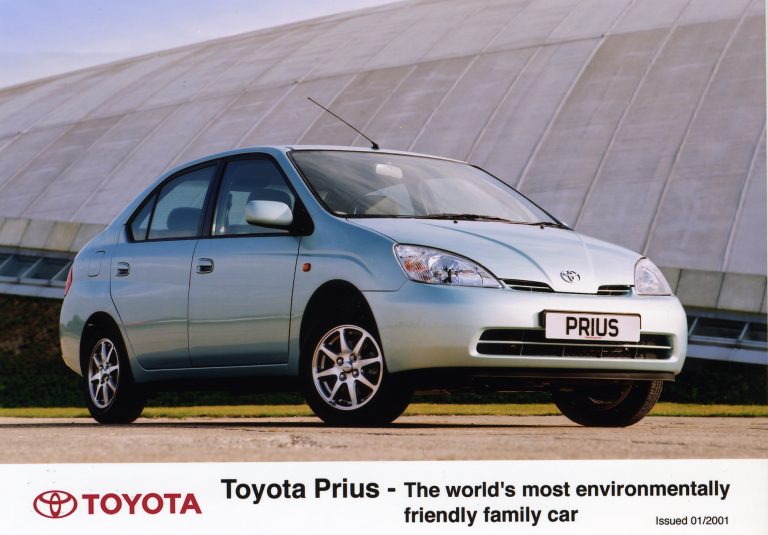 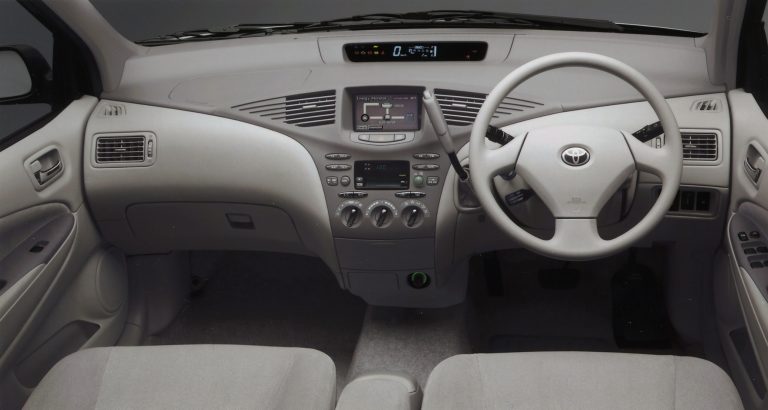 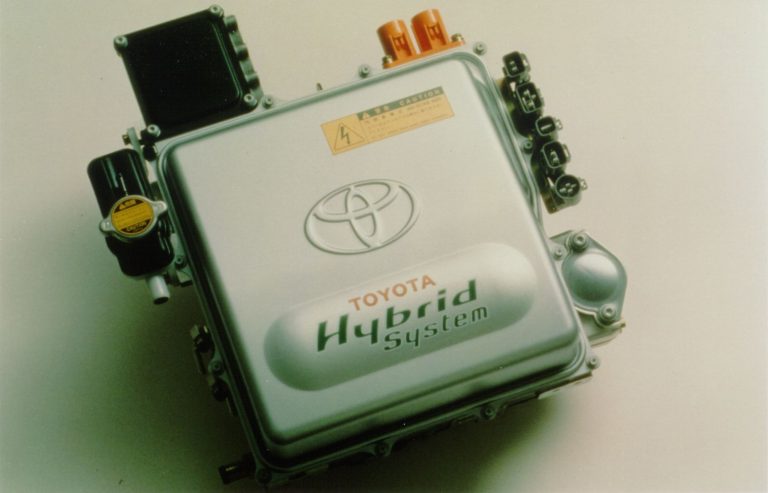