Toyota is ending the year on a high with further honours for its electrified models in the 2022 DrivingElectric Awards. The all-electric Toyota Professional LCVs – Proace and Proace City Electric – have been named Best Medium and Best Small Electric Van respectively, while Prius, the world’s original hybrid electric model, has received the Best Used Hybrid Car award.

Proace Electric and Proace City Electric, were both launched this year. In both cases, their electric powertrain has been accommodated without compromising their payload capacity – matching their diesel-powered equivalent models. Their practicality for business is also reflected in their official zero emission driving ranges – up to 205 miles for the medium duty Proace Electric and 168 miles for the compact Proace City Electric.

Richard Ingram, Editor of DrivingElectric, said: ““The Toyota Proace Electric is one of the best commercial vehicles you can buy. Using tried-and-tested technology, it not only feels like a car to drive, it charges like one, too; 100kW is standard across the range. With a choice of batteries and a maximum volume of 6.1 cubic metres, it’s an incredibly talented electric van.”

He continued: “The Toyota Proace City raises the bar when it comes to small electric vans. Excellent performance, versatility and charging performance make this a commercial vehicle suitable for the many, not the few.”

Turning to the Toyota Prius, he concluded: “With a lineage dating back to the late ’90s, the Toyota Prius is the archetypal hybrid family car. The latest model is the best of the bunch, with a smooth, frugal petrol-electric powertrain capable of returning astonishing fuel economy. With good quality used examples now available from less than £15,000, the fourth generation Prius represents incredible value for money.”

Both the new Toyota Proace Electric models are available to order now from Toyota retailers and qualify for the Government-funded Plug-in Van Grant towards the cost of purchase (terms and conditions apply).

For more information about Proace electric vehicles and other models in the Toyota Professional commercial vehicle range visit, www.toyota.co.uk. 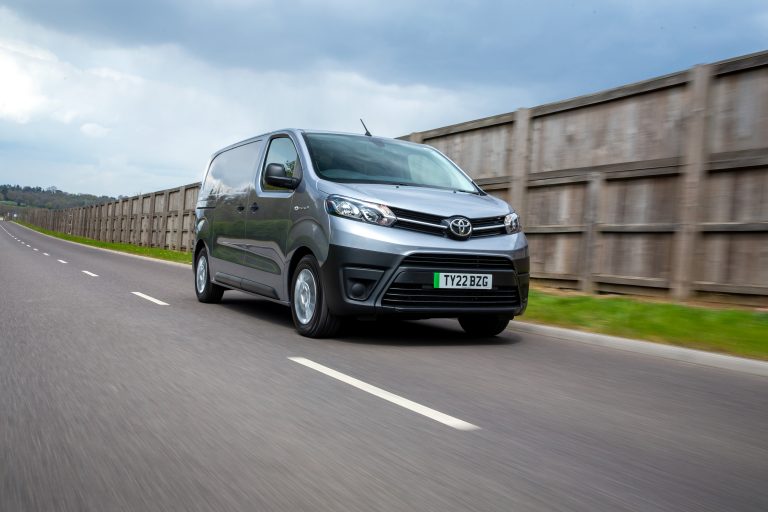