The Toyota Gazoo Racing Racing World Rally Team will compete on home roads for the first time in more than two years when Rally Finland returns to the championship calendar with a new autumn date on 1-3 October.

Developed at the team’s headquarters close to the event’s service park in Jyväskylä, the Toyota Yaris WRC has an unbeaten record on Rally Finland with victories in 2017, 2018 and 2019. The rally was called off in 2020 because of the coronavirus pandemic; this year it moves back from its usual summer date to ensure that fans can watch the action in the stages.

All the team’s drivers will be contesting Rally Finland in the Yaris WRC for the first time. Sébastien Ogier, who won the event in 2013, has a 44-point lead in the drivers’ standings with team-mate Elfyn Evans his closest rival in second place. Just seven points further back in fourth and on a high after his recent wins in Estonia and Greece is Kalle Rovanperä, starting his home rally in the top category for the first time.

Also looking forward to an event familiar to him is TGR Rally Challenge Program driver Takamoto Katsuta, who will be joined in the co-driver’s seat for this rally by Aaron Johnston. A fifth privately-entered Yaris WRC will be driven by Esapekka Lappi, who won the event for the Toyota Gazoo Racing team back in 2017.

The smooth gravel stages in the forests of central Finland are known for being the fastest on the WRC calendar, and also for their many large jumps and crests. The autumn date is set to bring a different complexion to the event, with cooler temperatures and an increased likelihood of damp conditions.

The rally is more compact this year too, with shakedown taking place on Friday morning before the rally starts at lunchtime with the mixed-surface Harju stage in Jyväskylä itself. Five further stages follow over the rest of the day, with Oittila to take place after sunset. Saturday features a loop of four stages on famous roads around Jämsä, to be repeated after mid-day service with another run over Harju to round out the day. Sunday follows a similar format to previous years with two passes over the Laukaa and Ruuhimäki stages to the east of Jyväskylä.

“It’s certainly going to be a different feeling for me going to Rally Finland this year, leading the team into its home event. It’s a rally with a fantastic atmosphere and I’m looking forward to it a lot. The rally has never been held in October before. We can expect the grip from the stages to be lower than usual, and if the weather is bad it could be very slippery. Another interesting element will be stages being driven in darkness, which hasn’t happened on Rally Finland since the 1990s. Our car has been developed on Finnish roads and we know that we should be strong there again, but we can take nothing for granted at such a crucial time in the championship. For Kalle it will be his home event and he will have an extra boost after his recent victories, but all our drivers could be capable of fighting for the top positions.”

“Rally Finland is another rally that I love to drive. At this time of year it could be a different challenge and a bit more difficult than what we are used to. We will discover more in our test just before the rally. For sure we can expect some colder conditions, and I have to say I am hoping for some dampness as well so we have less of a disadvantage opening the road. The Yaris WRC was born on Finnish roads so it should perform well there but I am expecting tough competition as well, including from my team-mates. Nothing is decided in the championship yet so let’s see what approach we will take on this rally.”

“Finland is one of my favourite rallies on the calendar and I always enjoy driving there. It’s actually been over three years since I last competed there, having missed the event in 2019, so I’m really looking forward to being back on those stages. At this time of year there will be a few new challenges which will be interesting, with the potential for different weather conditions and the fact we’ll be doing some stages in the dark. Our test before the rally will be quite important, as much for getting back up to speed on those roads as for deciding on car set-up. For me the drivers’ championship looks more difficult now but our approach won’t change, and I’ll go to Finland trying to do my best as always.”

“Driving Rally Finland in a World Rally Car is going to be one of the coolest things in my career so far. A home rally is always different and Rally Finland is something special: It’s normally a really nice event and you can really feel the atmosphere there. Now that it’s later in the year, the conditions could be really difficult if it’s wet and muddy. That could change things a bit but I’m really looking forward to it, and it’s going to be really nice to see the fans cheering for us on the stages. It helps to have three really good rallies under our belt going there, but I think that it’s going to be a tight fight. Hopefully we can have a good weekend.” 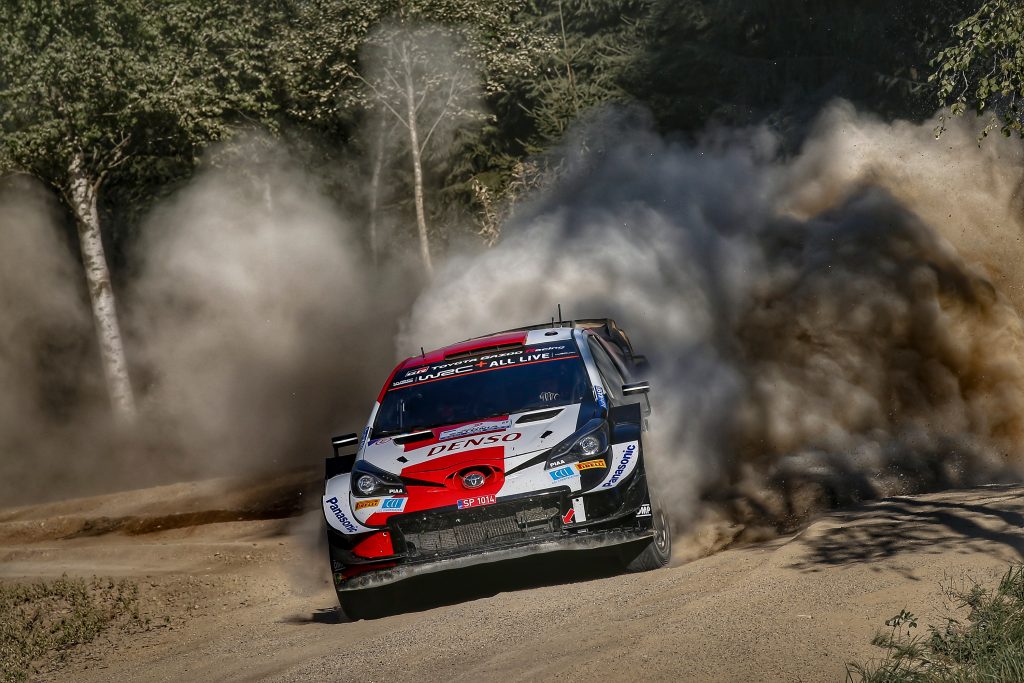 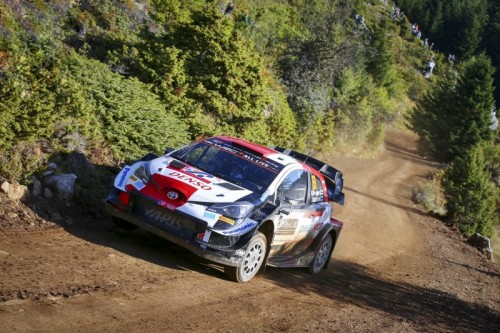