The eco-driving contest aims to show just how frugal the full hybrid Auris HSD can be; even on the basis of its official 70.6mpg combined cycle performance, it should be able to complete the course on less than a gallon of petrol. It also flags up – literally – the car’s “built in Britain” quality, with each team’s machine finished in a patriotic livery – the Cross of St Andrew for Team Scotland.

Auris HSD is the first hybrid to be manufactured in Europe, built exclusively at Toyota’s Burnaston factory in Derbyshire. Pilots of the two Team Scotland cars are journalist David Morgan and Scott Brownlee, Toyota’s own Scottish public relations manager. 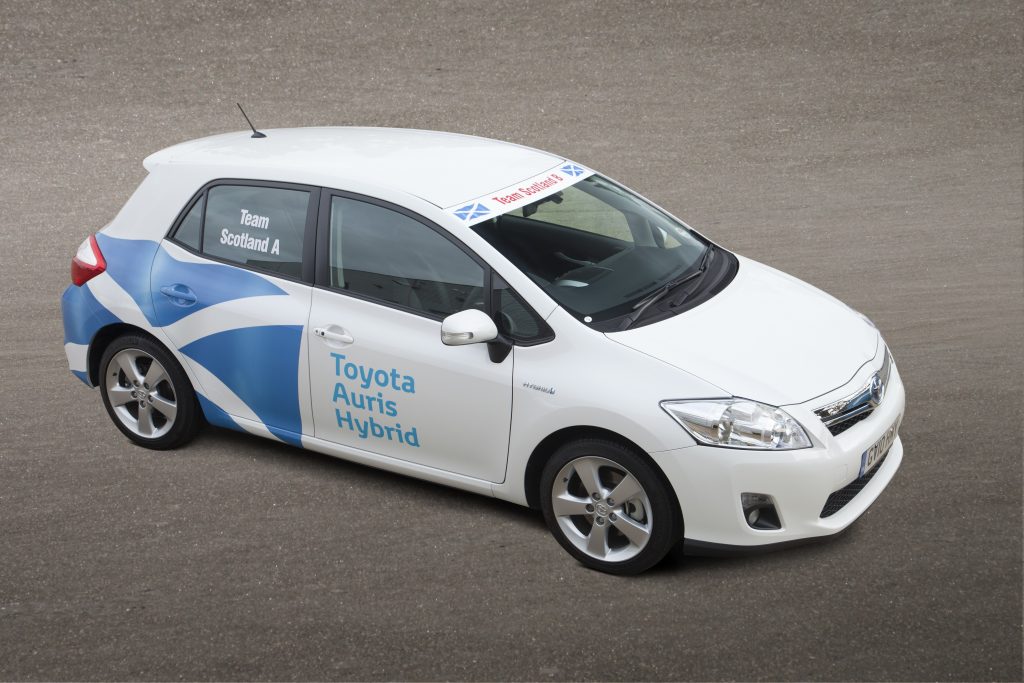 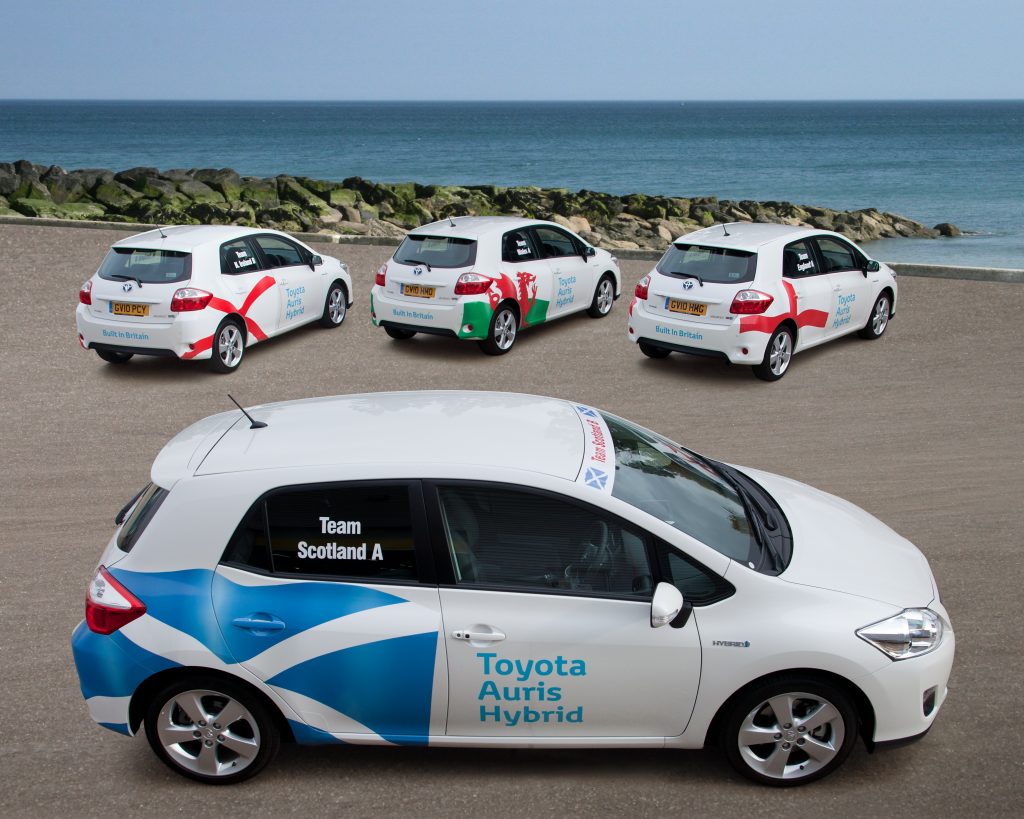