Not only is Auris HSD the first hybrid to be manufactured in Europe (at Burnaston in Derbyshire), it is powered by engines built in Wales, at Toyota’s Deeside plant, which means it can flyY Ddraig Goch with true pride. The pilots of the two Team Wales cars are some of the principality’s best-respected journalists: Robin Roberts is partnered by Mark James, and Simon Harris is driving with John Slavin.

The eco-driving contest aims to show just how frugal the full hybrid Auris HSD can be; even on the basis of its official 70.6mpg combined cycle performance, it should be able to complete the course on less than a gallon of petrol. It also flags up – literally – the car’s “built in Britain” quality, with each team’s machine finished in a patriotic livery. 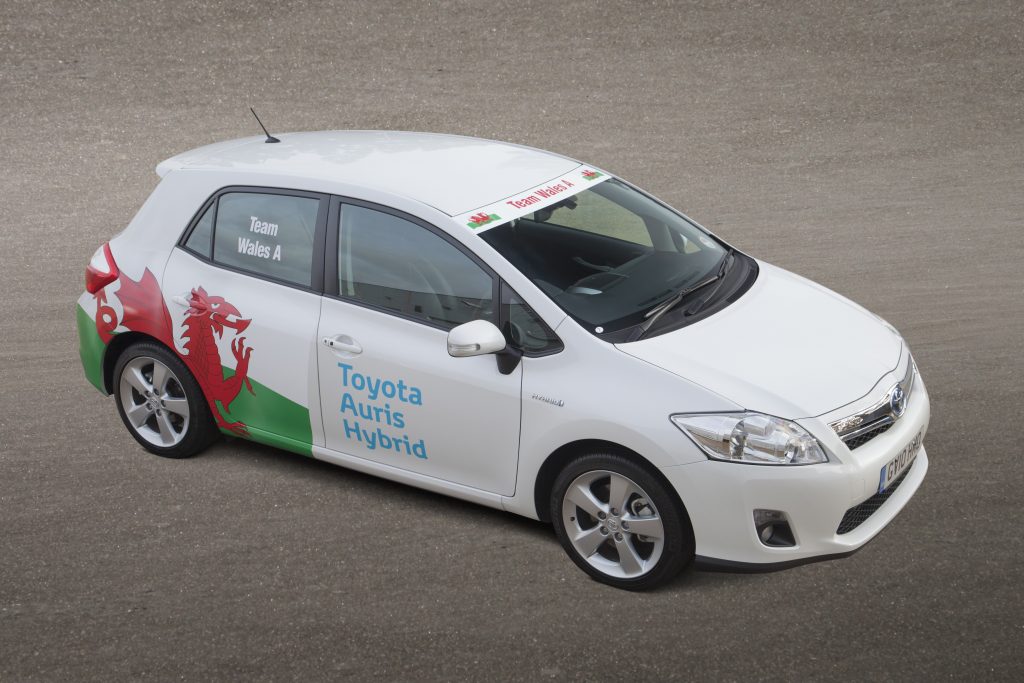 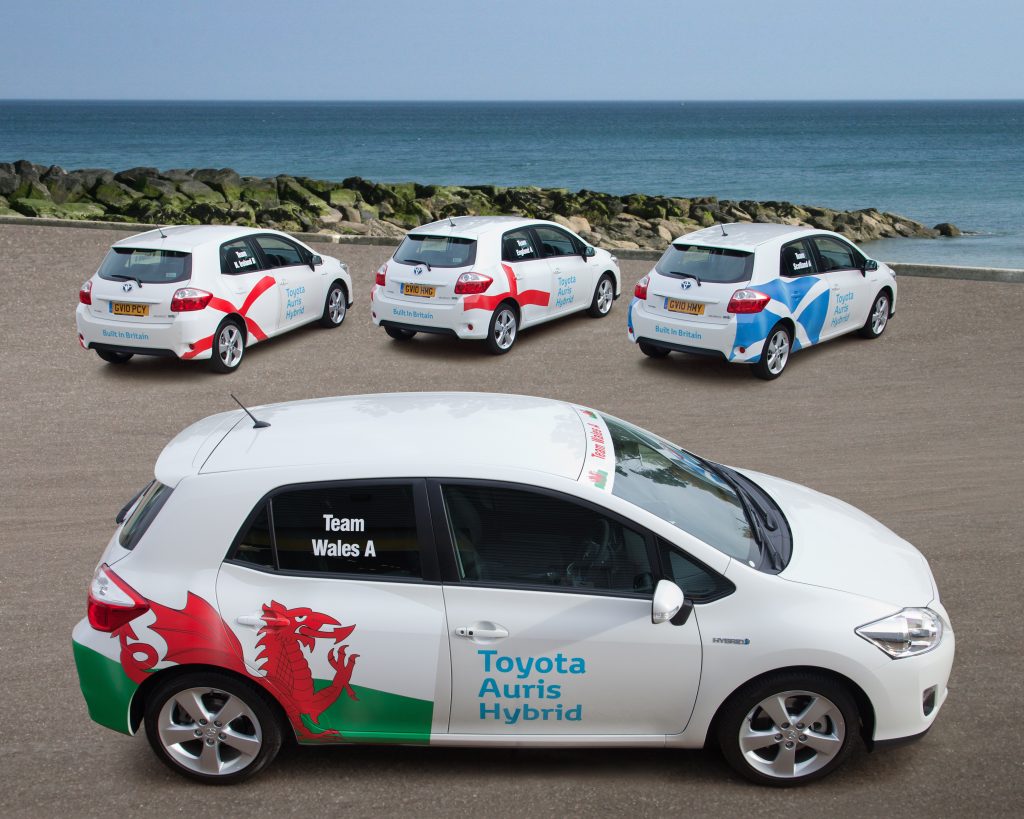