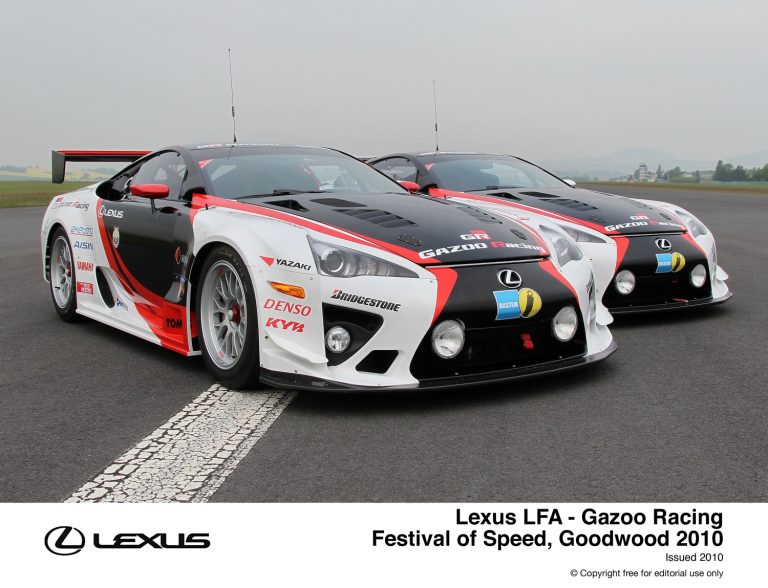 Toyota at the 2010 Goodwood Festival of Speed

Toyota celebrates the glory years of its World Rally Championship campaigns at this year’s Goodwood Festival of Speed from 2 to 4 July with a roll-call of some of its most celebrated and successful WRC cars. 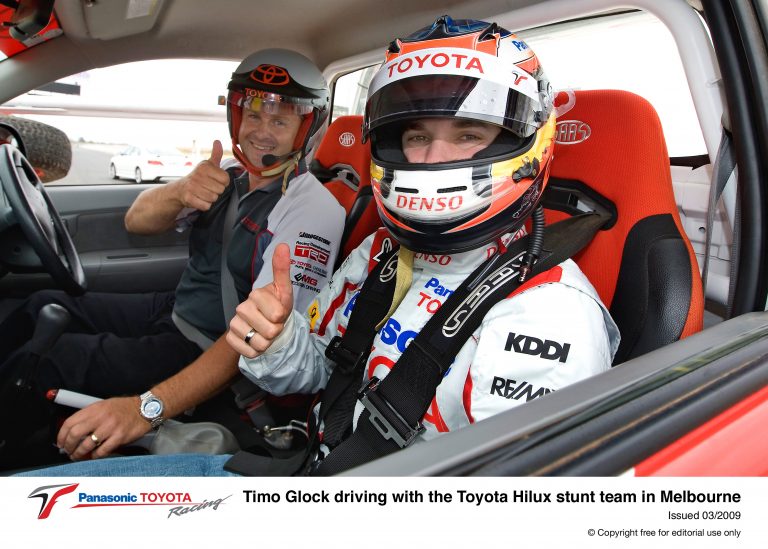 Panasonic Toyota Racing driver Timo Glock has experienced a unique view of Melbourne in the lead-up to this Sunday’s Australian Grand Prix by driving a Toyota Hilux on two wheels.

Panasonic Toyota Racing will present a world premiere of its latest Formula 1 car, the TF109, exclusively online at www.tf109-premiere.com at 11:00am GMT tomorrow, Thursday 15 January. 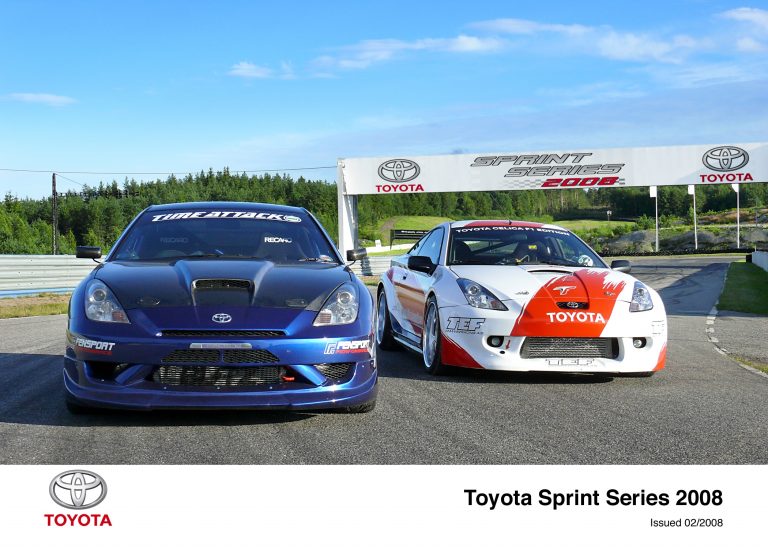 What’s the hottest prospect on a race track: a road-spec’ 21st century MR2 Roadster or a fully-tuned and kitted 1990s-vintage Supra? The Toyota Supra takes on a new challenge this month: the ultimate Japanese GT car and icon of the Sony Playstation Gran Turismo game is swapping the racetrack and (virtual) mean streets for a fund-raising Wendy Is Back On Track For Formula Woman Challenge

Wendy Sprules is seeking to fulfil her racing ambitions this autumn as she challenges for a seat in the Formula Woman racing series. Anatomy Of A Pit Stop

There are only three situations when TV directors will never cut to adverts during a Formula 1 race: just before the start, as the leader approaches his final lap; and during a pit stop window.

The 2000GT was the car which launched Toyota’s circuit racing history.

2002 was a landmark year for Toyota in American motor sport, the year in which it claimed both the drivers’ (with Cristiano da Matta) and manufacturers’ titles in the CART championship.

No longer the new kid on the F1 block, Cristiano da Matta entered the 2004 Formula 1 World Championship on an equal footing with his rivals for the first time.

Olivier Panis entered the 2004 Formula 1 World Championship confident of continuing the progress he made with the Panasonic Toyota Racing Team in 2003.

The Panasonic Toyota Racing TF103 was Toyota’s contender for its second season of Formula 1 competition, in 2003. Brazilian Gil de Ferran drove through the pain of spinal injuries to take his Toyota-powered car to victory in the 2003 Indy 500 race on 25 May, earning himself $1,353,265. 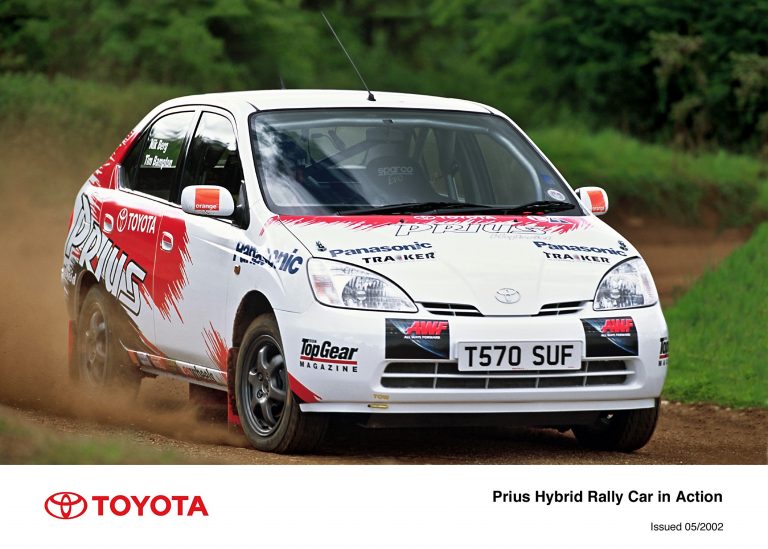 Two rallying amateurs will enter the motor sport record books in June as the crew of the world’s first petrol/electric hybrid rally car. 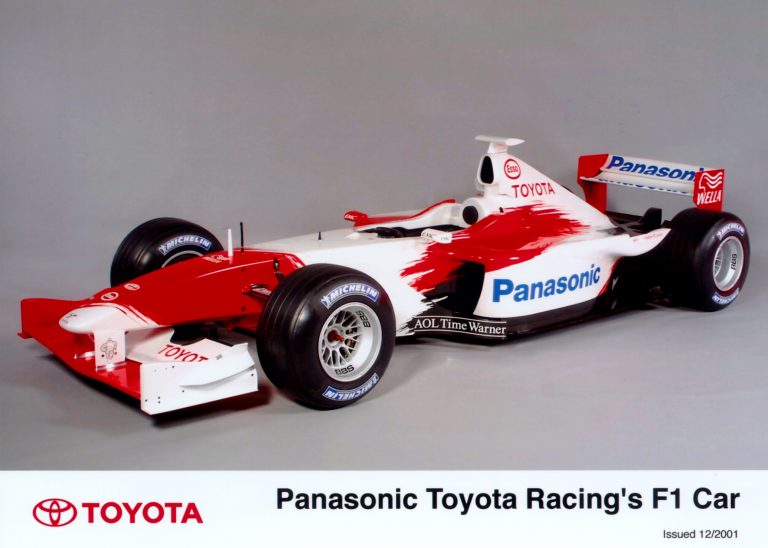 Toyota has taken a significant step on its path to Formula 1 with the unveiling in Cologne of its definitive 2002 challenger, the TF102. Official drivers, Mika Salo and Allan McNish, will give the car its race debut at the Australian GP in Melbourne on 3 March.

Run Your Own Grand Prix Team With Toyota

Toyota will reveal its all new Formula One car at the end of March. The team will spend 2001 testing around the world in preparation for entry into the World Championship in 2002.

Toyota’s first Formula 1 car will be unveiled to the world on 23 March 2001 at one of motor sport’s most historic and challenging Grand Prix tracks; Circuit Paul Ricard near Marseille in the South

Toyota Formula One Fires Up

The new Toyota Formula One team made a significant step in its progress towards its 2002 racing programme today by firing up its first ever V10 Formula One engine at its base in Cologne, Germany. In its continuing progress towards entry into Formula One by 2002 at the latest, Toyota Motorsport can today confirm further significant developments. It’s a Pick-Up Jim, But Not As We Know It

They do things bigger in America, which in part explains why Toyota has a desert racing pick-up truck with a 500bhp engine. Of course, once you’ve got such a beast it could only be driven by someone known as the “Ironman”.

Page 3 of 3« First«...3
We use cookies on our website to give you the most relevant experience by remembering your preferences and repeat visits. By clicking “Yes, I Agree”, you consent to the use of all the cookies.
Cookie Settings Yes, I Agree
Manage consent