Toyota Gazoo Racing stormed to victory in the 90th Le Mans 24 Hours yesterday (Sunday) to extend their winning run in the legendary race to five.

Buemi’s fourth win sets a new victory record for Swiss drivers, while Harley’s third triumph makes him New Zealand’s most successful Le Mans driver. A first win for Hirakawa in his third Le Mans and first for Toyota Gazoo Racing, makes him the fifth Japanese driver to have stood on the top spot on the podium.

The two GR010 Hybrid hypercars were the class of the field. They engaged in a close battle at the front, with the lead changing hands several times as the race ebbed and flowed, with traffic, slow zones and the changing quality of the track all coming into play.

For most of 16 hours’ racing, the cars were running just a few seconds apart. The race changed definitively on lap 256, when López pulled the race-leading No7 Toyota to the side of the track following an issue with the front motor. He performed a system reset and was able to return to the puts where the issue was resolved and the car could return to the track running at normal speed, albeit almost a lap behind Hartley, the new leader.

With the cars closely matched in performance, that deficit proved too great, despite López setting the fastest lap of the race during the final half hour. Hartley, who had set a spectacular last-minute poke position in qualifying, had the honour of taking the chequered flag after to complete a gruelling 3,217 miles.

The fight for honours will resume in four weeks’ time at the 6 Hours of Monza in Italy, on 10 July.

Kamui Kobayashi (Team Principal and driver, car No7): “Congratulations to Sébastien, Brendon, Ryo and the car #8 crew. Unfortunately we had a problem in the early morning and that cost us the race lead. We were fighting with car No8 for a long time and we were so close. We had a really good race apart from that, so it’s a pity that it happened. That’s how it goes in a 24-hour race sometimes. It’s a credit to Toyota Gazoo Racing that we came back on track and finished on the same lap. Thanks to Mike and José, and the whole car crew, for the big effort this week. I appreciate the effort from everyone in the team; we came to Le Mans with the target of a one-two finish and we achieved that.”

Mike Conway (Driver, car No7): “I don’t think this place likes us very much; there is always something. I know we won last year but we’ve had some tough times here. Congratulations to our team-mates in car No8, particularly Ryo. To win it on your first attempt is something else. It’s always a pleasure to work with Kamui and José and we gave our all for the Le Mans victory but unfortunately we came up short. But it’s a great one-two for the team and the fifth win in a row for Toyota Gazoo Racing, which is something to be proud of. I’d like to say a big thanks to all the team, at Higashi-Fuji and Cologne. There is still a World Championship to fight for and we have three races to go, so that’s on my mind right now and we will keep pushing.”

José María López (Driver, car No7): “It hurts to miss the Le Mans win. We are all competitive people and we want to win, but we also have to know how to take defeat and be happy for the team, particularly with this one-two result for Toyota Gazoo Racing. Congratulations to car No8; they did a great job. We had an almost perfect race and this explains the big gap to our Hypercar competitors, who all had some trouble. We managed everything to perfection. We showed we had the speed in the car and the will to win so to face an issue is tough. But thanks to the team for getting the car going again and allowing us to keep fighting. It’s good to be part of a one-two for Toyota Gazoo Racing at Le Mans.”

Sébastien Buemi (Driver, car No8): “It’s hard for me to express myself after that race because it’s just an amazing feeling, especially to be in the centre of the podium with Ryo and Brendon. It is fantastic that we were able to win together with Ryo in his first Le Mans as part of the No8 car. He has done such a great job and I’d like to congratulate him for his performance. The whole team, and our crew, executed a perfect race without any mistakes and no damage to the car. It’s an incredible feeling to win Le Mans for the fourth time, and the fifth time for Toyota Gazoo Racing. It will take a little bit of time before it sinks in because it’s hard to realise what we achieved today.”

Brendon Hartley (Driver, car No8): “It’s a great achievement to get a one-two at Le Mans for Toyota Gazoo Racing. It was a great feeling to be behind the wheel for qualifying and to get pole position, and it was even more special to take the race finish. It’s the first time I’ve been able to do that and I was overwhelmed with emotions when I crossed the line. During the whole race you are trying not to think about the finish because we have seen what can happen in the last laps, particularly with Toyota. So when you cross the line, all the emotions come out and it’s a great feeling. I am so happy for Ryo, who has integrated really well. We love him and he is a strong part of the team already. We also have a great relationship with the car No7 crew and it was fun to battle so hard with them for most of the race. We were flat-out for so long but after they had their problem we backed off and took minimal risk.”

Ryo Hirakawa (Driver, car No8): “It’s an honour to join the list of legends who have won Le Mans. To be honest, I still cannot believe my dream has come true today. It was such a close race for so long and we had such a great fight with car No7. Thank you to Sébastien and Brendon who have helped me a lot since I joined the team; it is an honour to drive in the same car as them. It is fantastic to have a one-two in my first Le Mans for Toyota Gazoo Racing and this is thanks to the hard work of the whole team. We had a perfect strategy, great pit stops and a race without any problems; I don’t think we could have done more.”

Rights-free video material and photography of Toyota Gazoo Racing’s motorsport projects can be found at https://www.tgr-dam.com 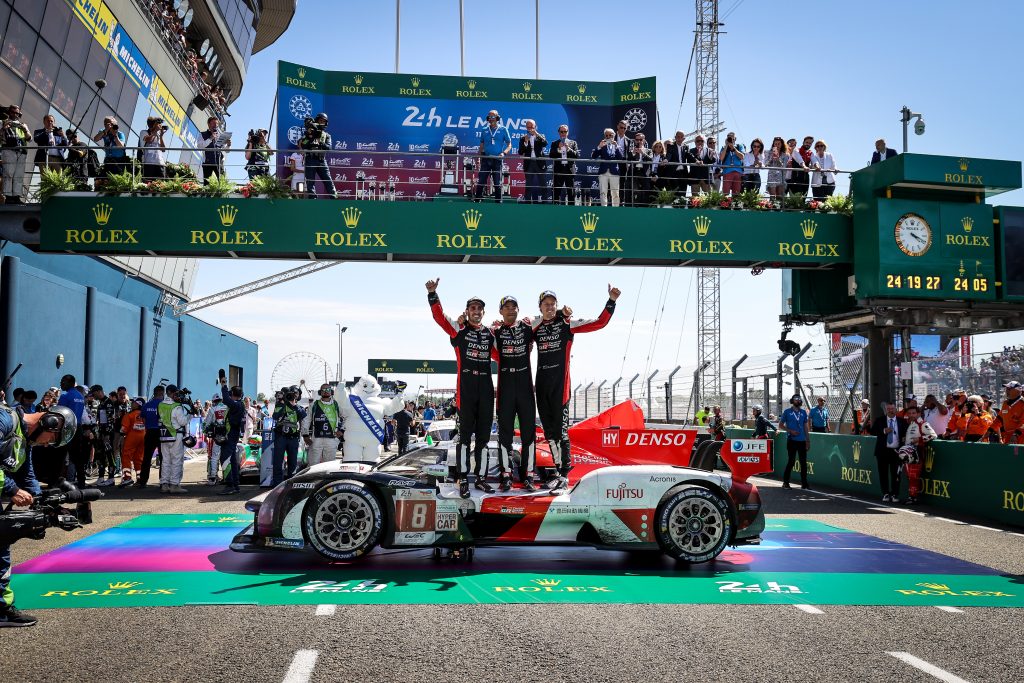 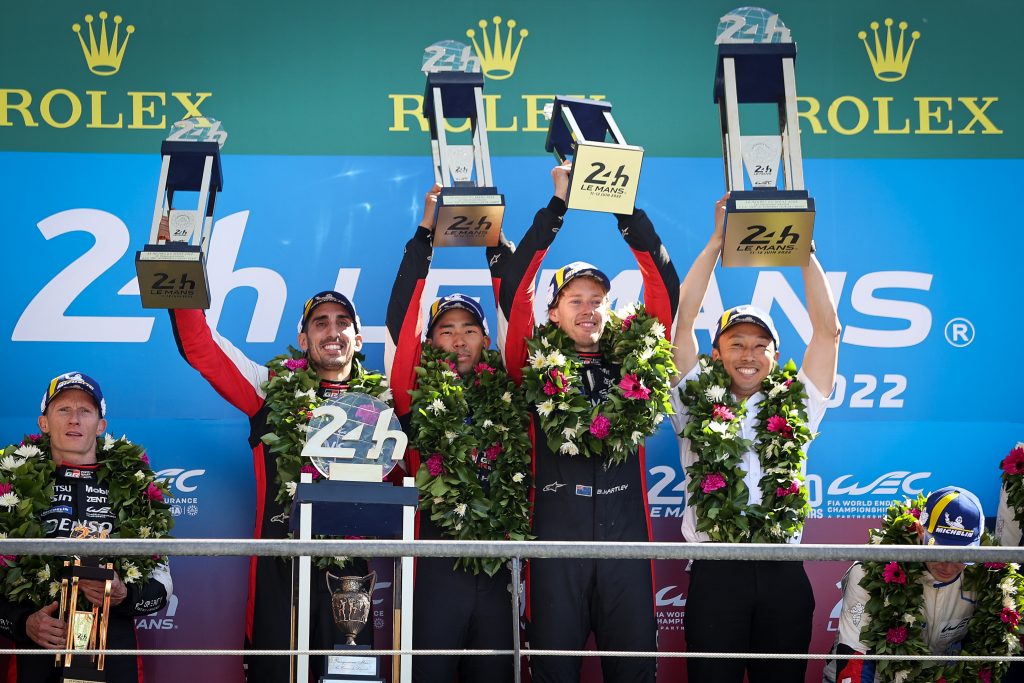 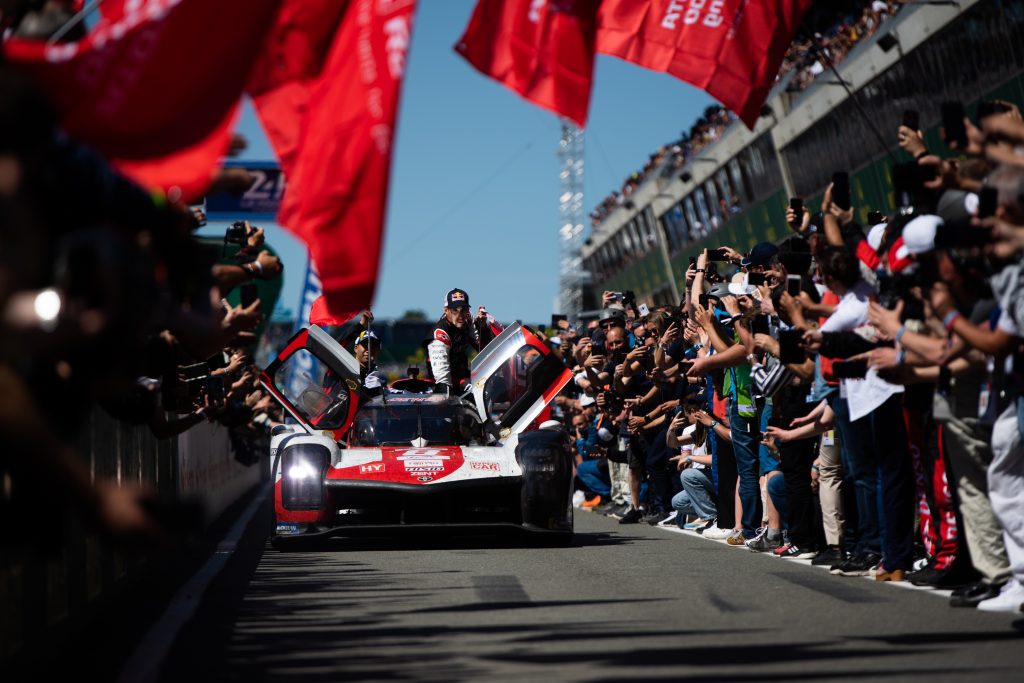 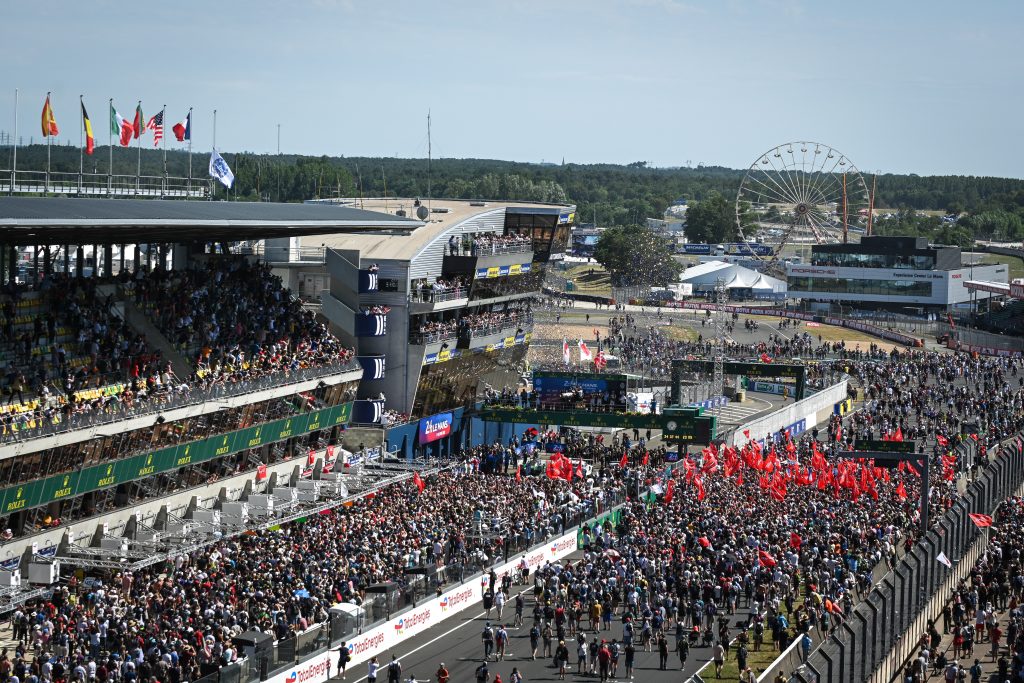