The hotly anticipated Toyota GR86 has already begun scooping prestigious awards even before it arrives in showrooms, with Autocar naming the sports coupe Best Fun Car at its annual awards ceremony last night.

The latest Gazoo Racing product joined its predecessor, the multi-award-winning GR Yaris, in collecting Autocar awards at Silverstone, the home of British racing. GR Yaris was voted one of five “future classics” by Autocar readers and visitors to The National Motor Museum at Beaulieu, Hampshire, where an example will go on display this summer.

Both awards were collected on stage by Toyota Great Britain’s President and Managing Director Agustin Martin. Thanking Autocar and its readers Mr Martin said: “We could not be more thrilled that GR86 has been recognised by Autocar in this way, and that GR Yaris continues to strike a chord with Britain’s drivers. Toyota Gazoo Racing exists not only to win world titles but to help us make ever better cars, and the glittering reception both these sports cars have received shows that’s working. A big thank you on behalf of the whole company.”

Autocar Editor Mark Tisshaw said: “The Toyota GR86 is our Best Fun Car of 2022 on the strength of road driving and plenty of fast lapping at the Parcmotor Castellolí circuit in Spain. We will drive finished production cars on the European press launch later this month and get right-hand drivers in the UK later in the summer, but we already know that they will be brilliant: just a little faster, grippier and more purposeful than the hilariously indulgent GT86 but still an invitation to power-slide that not even a Trappist monk could decline!”

Mr Tisshaw added: “So if you want a really enticing and usable sports car at a great price, now really is the time.”

GR86 is an evolution of the much-respected and multiple-award-winning GT86 coupe and takes its place alongside GR Supra and GR Yaris in a “power of three” Gazoo Racing line-up. It delivers sharper handling and responsiveness, extra power, new styling and a more comprehensive equipment specification. As with its stablemates, it has been honed with engineering and design expertise drawn directly from Toyota Gazoo Racing’s world championship-winning motorsport activities.

GR86 is offered in a single model grade, with the option of six-speed manual or automatic transmission.

GR86 adopts the same drivetrain configuration as GT86, with a front-mounted “boxer” four-cylinder engine driving the rear wheels. It’s a larger unit – up from 2.0 to 2.4 litres – and it produces more power and torque: maximums of 231bhp and 250Nm compared to GT86’s 197bhp and 205Nm. As well as giving faster 0-62mph acceleration – 6.3 seconds manual, 6.9 seconds auto – it delivers power more smoothly, with no drop-off in torque.

The chassis has a lower centre of gravity and improved, 50:50 front-rear weight balance. Together with increased body rigidity, sports-tuned suspension and a limited-slip differential (as standard) these changes secure even more rewarding dynamic performance. 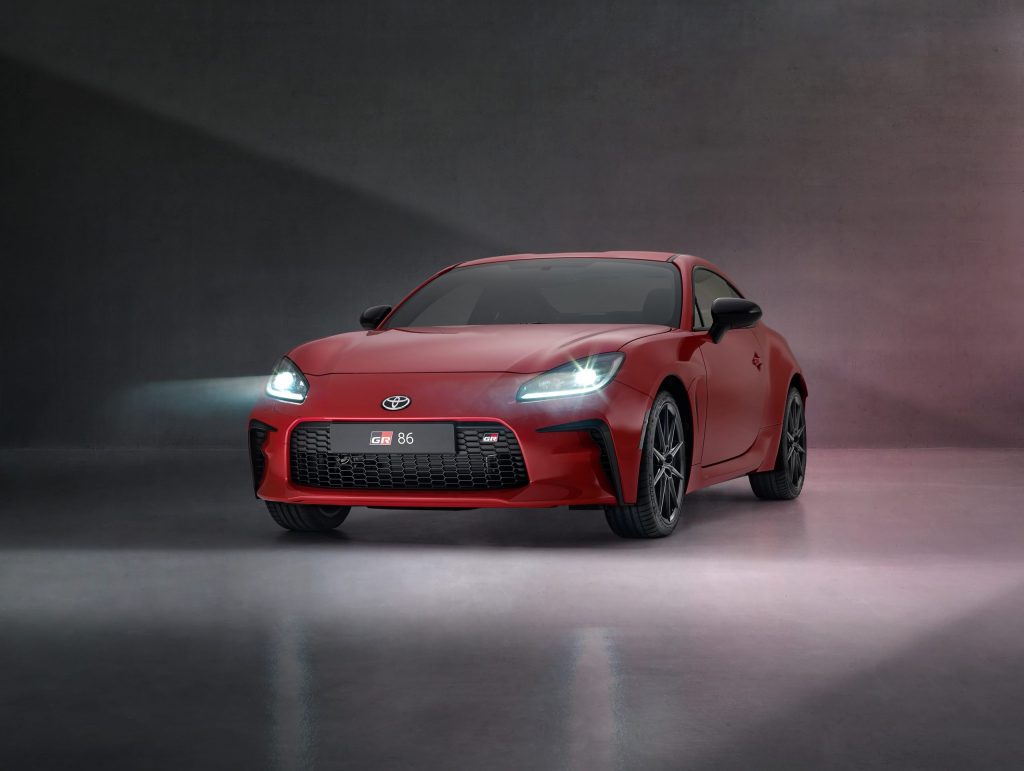 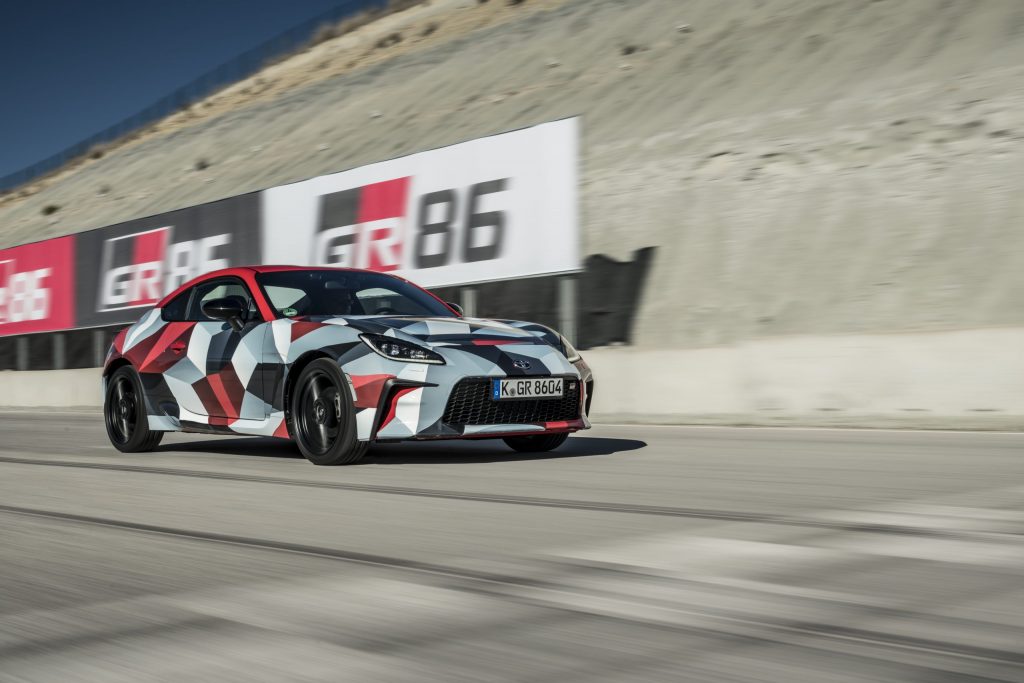 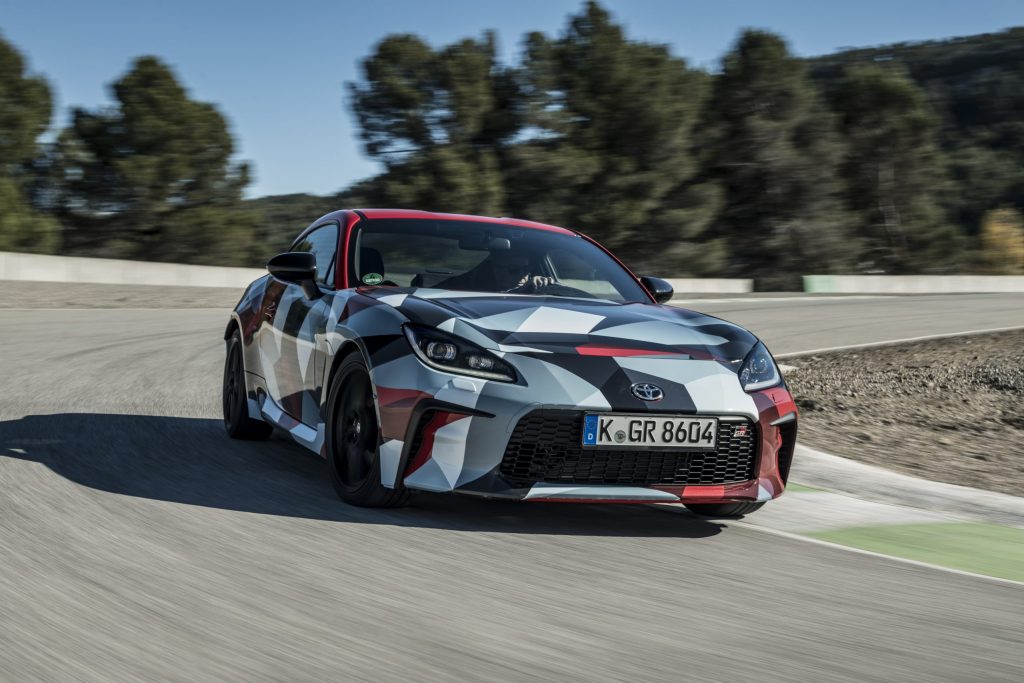 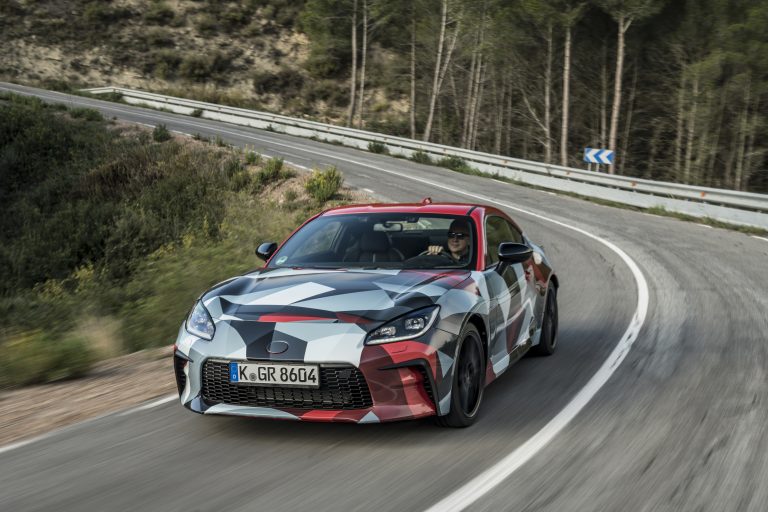 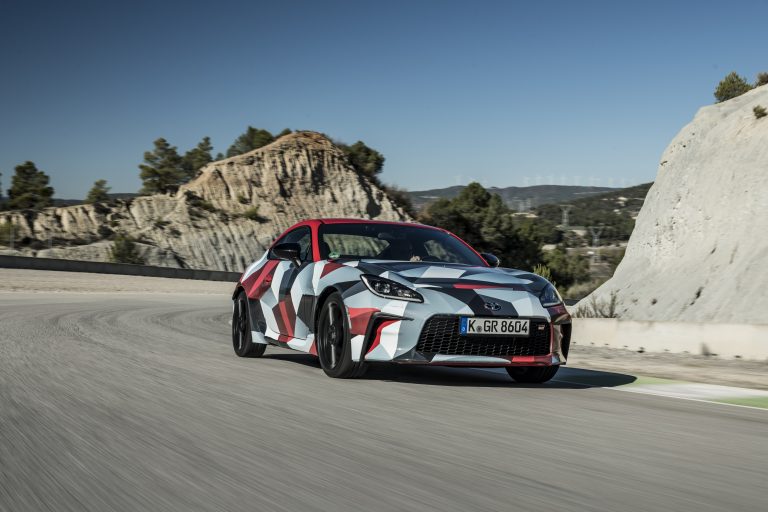 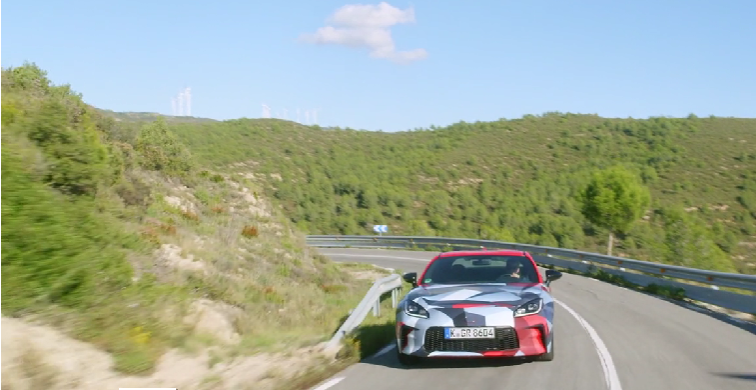 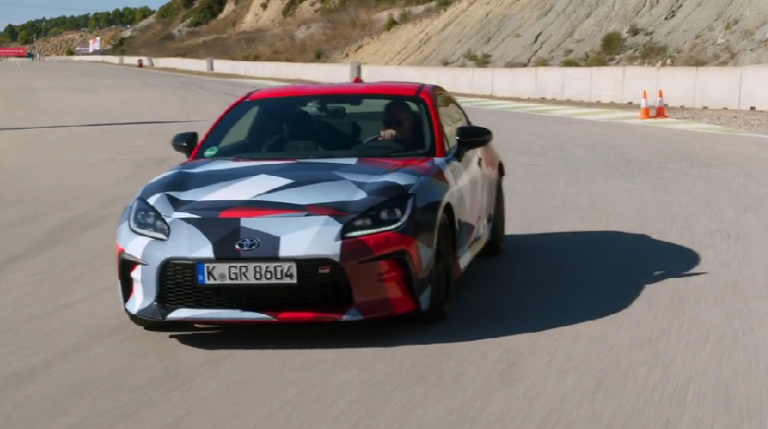