World Champions Mike Conway, Kamui Kobayashi and José María López, driving the No7 GR010 Hybrid, overcame a strong challenge from Hypercar competitors and the notorious Ardennes weather, to win round two of the 2022 season, the final event before the Le Mans 24 Hours.

The team celebrated its sixth consecutive victory at Spa-Francorchamps to make it seven wins out of eight races since the GR010 Hybrid was introduced at Spa in 2021.

Only one GR010 Hybrid reached the chequered flag at Spa. Sébastien Buemi, Brendon Hartley and Ryo Hirakawa were leading the race in their No8 car when an issue on the hybrid system forced its retirement after 90 minutes.

The race had started full of promise for the No8, with Buemi moving up from fourth on the grid to second on the first lap. Conway was close behind in third, having briefly lost a spot when he was boxed in at the exit of the first corner.

On lap 16, the GR010 Hybrids hit the front, both overtaking the race-leading Glickenhaus on the same lap. Sébastien therefore led in the No8, but the race changed quickly when rain began to fall around the hour mark, followed by an LMP2 accident which caused a red flag.

After a 25-minute delay, the race resumed behind the safety car but the leading No8 stopped on the side of the track. As Buemi stepped out of the car to retire, the rain got heavier and Mike brought the No7 into the pits for wet tyres, dropping to third.

Conditions worsened and caused further interruptions, including two more red flag periods, until the race restarted properly with just over two hours remaining, and Kobayashi running in second. He wasted little time in overtaking the No31 WRT for the lead as the rain stopped and track conditions started to improve.

Inside the last hour-and-a-half, José took the wheel of the No7, now on hybrid intermediate tyres, for the final stint. He resumed in the lead of a close battle for victory among the three Hypercar competitors until three full course yellows late in the race disrupted the fight at the front.

José controlled the final stages of the race as track conditions improved continuously and he crossed the line after six hours to win by 27.47 seconds from the No36 Alpine.

The team now makes the short journey back to Cologne to prepare for the highlight of the WEC season, the Le Mans 24 Hours, 11-12 June when it will challenge for a fifth consecutive victory.

“Thank you to Mike, Kamui and José for their first victory of this season. I was a little relieved at the first victory of the new Team Principal Kamui. Kamui, with your dual role, thank you for your hard work. Car No8 had to retire at an early stage and we are still analyzing the reason. Unfortunately, Ryo couldn’t experience the GR010 Hybrid in the race, so I think he might be disappointed with the race. The trouble this time may be due to heavy rain. However, the car must be safe to drive in any circumstance. And I don’t know how the weather will be at Le Mans. I would like the team to find the root cause of the trouble and prepare for the next battle. I want both cars No7 and No8 to reach the chequered flag at the 24 Hours of Le Mans. For that, please take a close look at the car again with the whole team and improve it so that the six drivers can drive with confidence. We believe that if we can do that, our car can run longer distances than anyone else. We have a month left, and I’m looking forward to everyone in the team work closely together. Thank you to all the fans for your support for us this time as well. For Le Mans, the whole team will work hard, starting from tomorrow, to support our two GR010 Hybrids, 24 hours a day. Thank you for your continued support.”

Kamui Kobayashi (Team Principal and driver, car No7): “It was a great job from the team to win our first race of the season. I am sorry for the trouble on car No8. Although I am driver, I am also Team Principal so I am responsible for both cars and I want to apologise to the guys on car No8. We will investigate and find a solution to be sure this doesn’t happen again. I am very happy with the performance of the team overall. On car No7 Mike and José drove really well despite the very difficult conditions. The engineers and pit stop crew performed perfectly as well; there were no mistakes which is impressive in conditions like that. Our next race is Le Mans, which is the big race, so we must be well prepared. We will still keep pushing to always improve performance but we still need to work for reliability. We cannot have issues like we did today with car No8.”

Mike Conway (driver, car No7): “It wasn’t easy and we certainly had to work for that win. The weather was nice in the first hour but then it really changed and became very wet. It was really tough, but we hung in there, didn’t make any mistakes, and that was key to victory. We saw a lot of cars go off and struggle with the conditions, so it was a great job by José and Kamui to avoid any issues. They really did a solid job, as did the rest of the crew; we had fantastic pit stops all day. We are back in the game with the championship now, scoring some good points. It was unfortunate for car No8 that they had their issue. Now we go on to Le Mans and hopefully we can keep our momentum going on our car. That’s what we needed from this race; we needed to win and get some points on the table.”

José María López (driver, car No7): “It was a good race and it was the best way to re-start our championship after what happened in Sebring. We win and lose together as a team, and it was important to win our first race of the year. The job that Kamui and Mike did in those terrible conditions was impressive. It was one of the toughest races and at one point it was just a question of surviving. After the job Kamui and Mike did, I tried to push and do my best for the end of the race. The Alpine was very close at some point and I could see a big rain cloud coming over the pits, so we had to make some decisions. As a team we took the right ones. To win in Spa is great, and I am very happy to take maximum points for the championship.”

Sébastien Buemi (driver, car No8): “I am obviously disappointed for our car because I think we had a very good race developing. We started fourth and made it up to first, then managed to save fuel and go a lap longer on our first stint. This is always helpful at tracks like this when you can get lots of full course yellows. But then we had an issue on the car and obviously had to stop. I am really happy for car No7. They have done a great job, and this is the first win of the year for the team so that’s fantastic. We need to understand better what happened on our car so that we can fight for the win at Le Mans next time out.”

Brendon Hartley (driver, car No8): “Clearly it’s disappointing not to score points today. It was looking really good. Séb had a great start in the first stint, then we had the issue. That’s racing sometimes. It’s obviously better that it happens here than at Le Mans but it’s a pity and it hurts our championship chances. On the other hand, I’m very happy for the team to win for the first time this season. Car No7 drove a great race to bring home the victory for the team. Now it’s full focus for the whole team on Le Mans.”

Ryo Hirakawa (driver, car No8): “Today was not our day on the No8 car, unfortunately. Like Brendon, I didn’t get to drive the car in the race. Séb had driven really well and put us in a strong position. But as a team it was a good performance and it’s great to get the first victory of the season. Congratulations to Mike, Kamui, José and everyone on the No7 car. Now we are fully dedicated to preparation for Le Mans. I am really looking forward to being part of the team at Le Mans for the first time, and fighting for the win at the big race.” 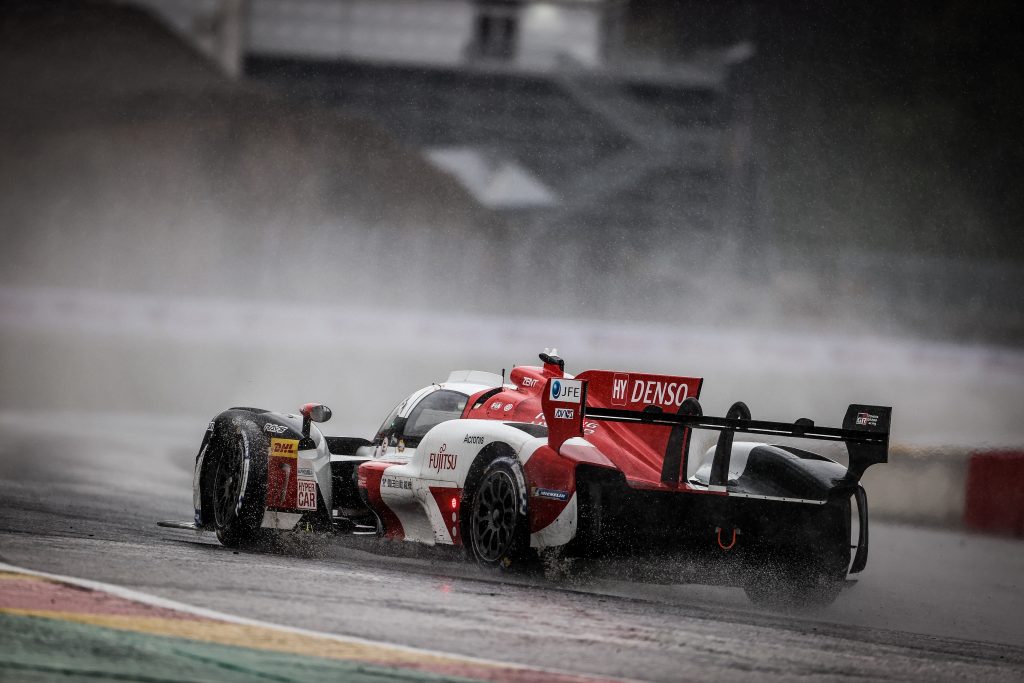 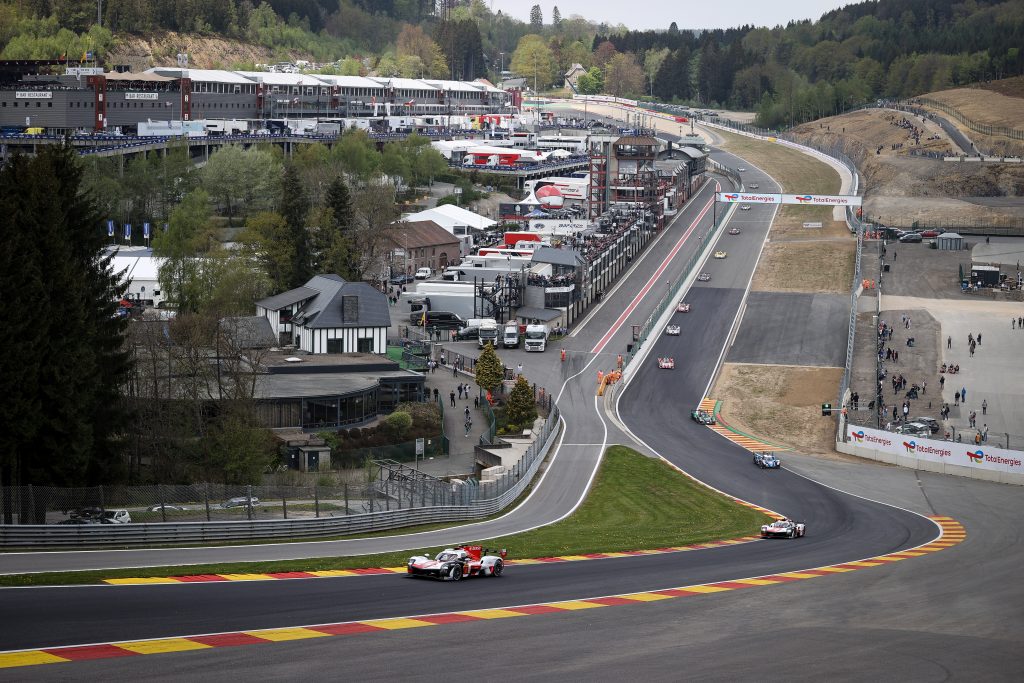 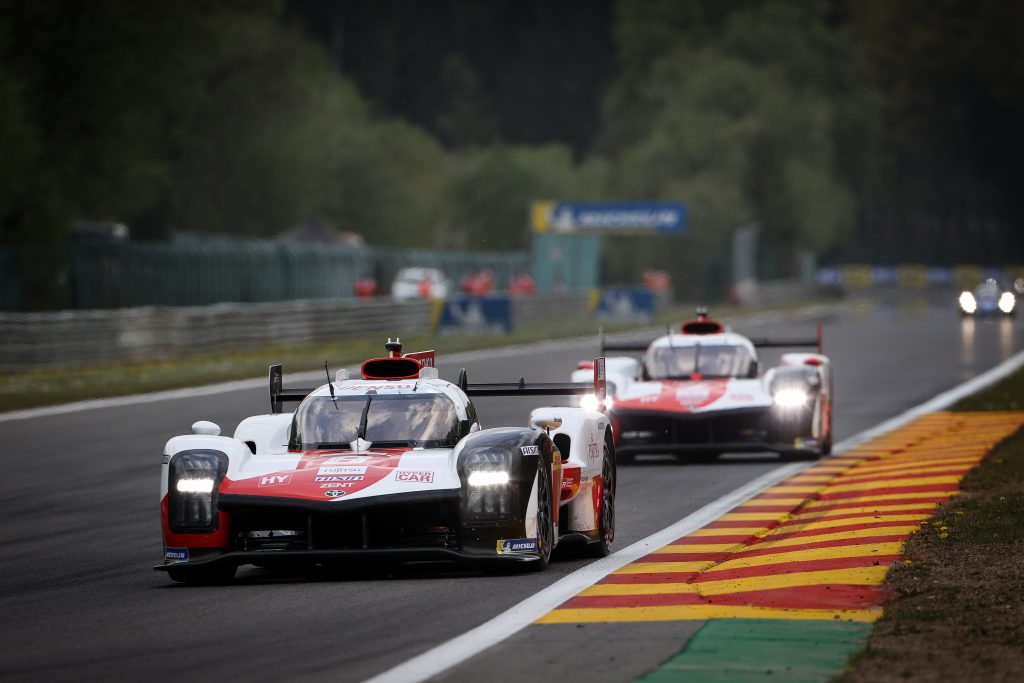 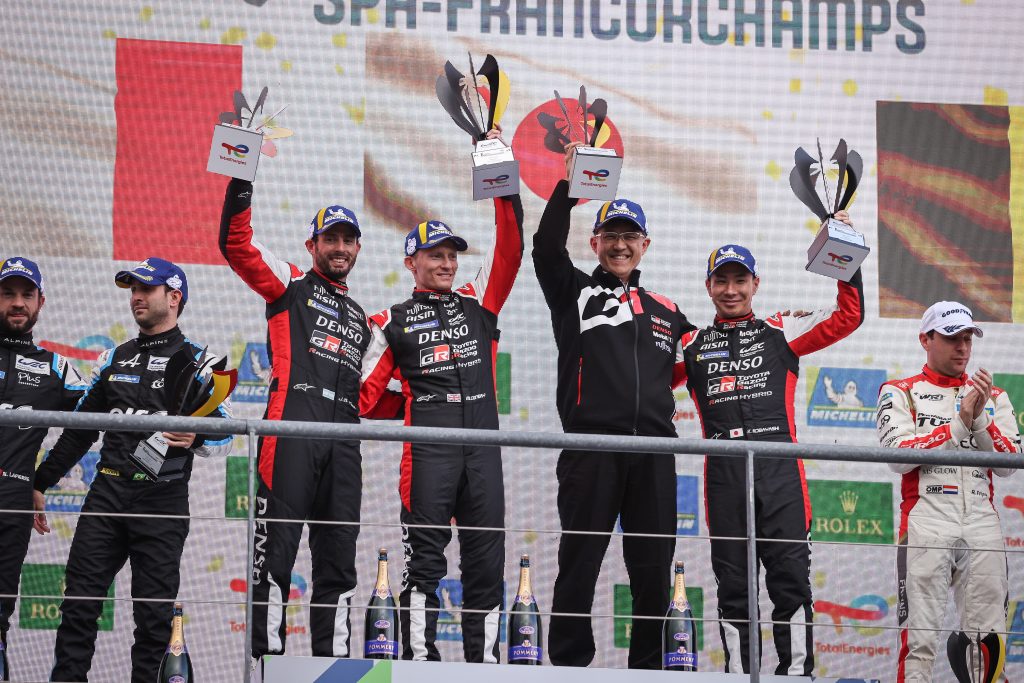