The TFCM2-F-60 is a second generation flat type module that produces 60kW of power and can be easily integrated into the roof of the bus, alongside the battery and hydrogen tanks. A major benefit of Toyota’s fuel cell technology is that the range of the all-electric bus can be extended in urban traffic to around 400km (249 miles) for the solo bus and up to 350km (218 miles) for the articulated versions. The combination of the battery and the fuel cell as a range extender eliminates the need for intermediate charging on-the-go.

TME engineers will support the overall design of the system and the integration of the module into the bus to ensure optimum efficiency, power and service life. The heavy-duty unit’s efficiency results in a comparatively low consumption of hydrogen relative to the power generation. With an integrated voltage converter, the TFCM operates in a voltage range of 450 to 700 volts and most efficiently at around 30kW.

In line with its vision of a decarbonised society, Toyota is promoting the application of its hydrogen fuel cell technology beyond passenger cars to include heavy duty trucks, small delivery trucks, boats and buses. To realise this goal, it is establishing partnerships with several European OEMs that share the same hydrogen vision. Bringing together all types of hydrogen applications around hydrogen infrastructure will support the development of ecosystems where hydrogen mobility can expand further.

Matt Harrison, Toyota Motor Europe President and CEO, said: “We are delighted to work with Daimler Buses and are pleased to see that our hydrogen powertrain sales activities in Europe continue to grow. Toyota is committed to achieving carbon neutrality and we believe hydrogen is one of the key building blocks of a future decarbonised society.” 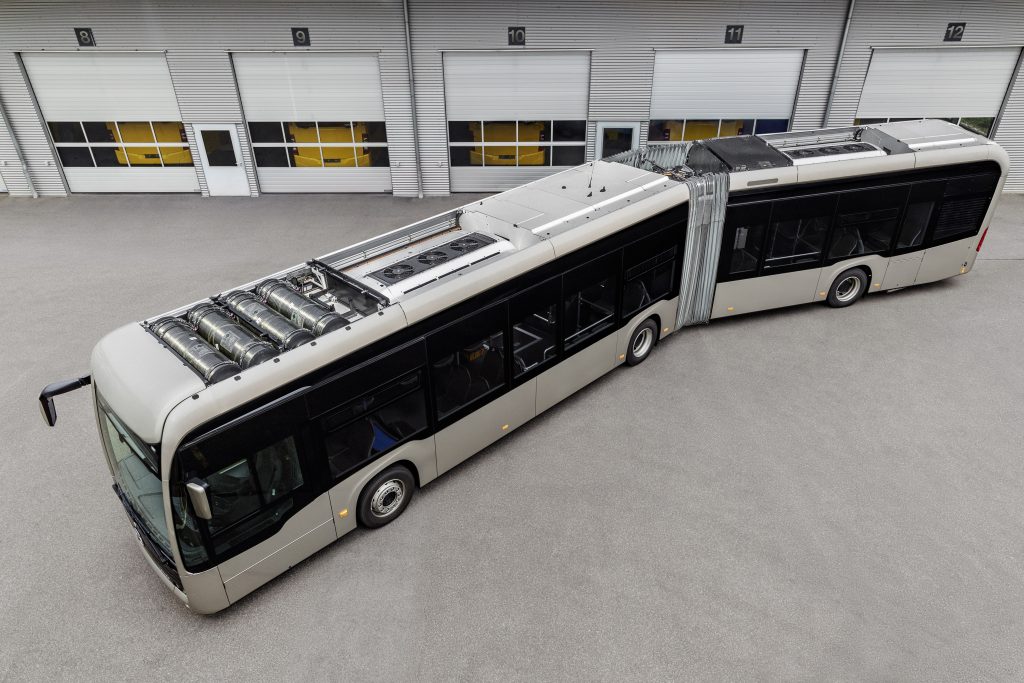