Sébastien Ogier and his co-driver Julien Ingrassia have won the Rallye Monte-Carlo for a record eighth time, leading team-mates Elfyn Evans and Scott Martin in a one-two finish for the Toyota Gazoo Racing World Rally Team on the opening round of the 2021 season. Kalle Rovanperä and Jonne Halttunen finished fourth to complete an excellent weekend for the team.

The victory is also the 50th for Ogier and Ingrassia in the FIA World Rally Championship, making them only the second crew to reach the half-century landmark.

This is the first time the Yaris WRC has won the championship’s most prestigious event, although the Toyota Gazoo Racing World Rally Team have made the podium every year since their debut in 2017. It Toyota’s fourth Rallye Monte-Carlo win, coming on the 30th anniversary of its maiden victory in 1991.

Rallye Monte-Carlo lived up to its reputation as the most demanding event on the WRC calendar with special challenges for this year’s edition. A modified schedule to follow coronavirus restrictions in France meant that some stages took place before dawn, complete with ice and snow. WRC teams also had to get to grips with tyres from the championship’s new supplier Pirelli on an event where tyre choice is always critical to the outcome.

The Toyota team led the rally from its third stage early on Friday morning, with Rovanperä, Ogier and then Evans each taking turns at the front over the course of the. On his home event, Ogier claimed the lead back with a storming stage win on Saturday’s first test. He took a 13-second advantage over Evans into the final day, and went on to win three of the four stages – including the rally-ending Power Stage – for a perfect start to the defence of his title.

With second place Evans also made a strong start to his championship campaign, while Rovanperä opened his second season at rallying’s highest level with a serious challenge for a podium place. Tyre damage on Sunday’s first stage contributed to him missing out on the top three, but he finished with the second fastest time in the Power Stage.

With Evans third quickest, the team locked out the top three positions on the Power Stage, which from this season  gives bonus points towards the manufacturers’ championship. This, combined with the one-two finish in the rally, means the team took maximum points from the opening round – a dream start for new Team Principal Jari-Matti Latvala as he looks to build on the work of his predecessor Tommi Mäkinen.

Toyota Gazoo Racing WRC Challenge Program driver Takamoto Katsuta made it four Yaris WRC drivers in the top six as he completed Rallye Monte-Carlo for the second year in a row and scored his best WRC result so far in sixth place.

Quotes:
Akio Toyoda (Team Founder)
“The fifth season of the Toyota Gazoo Racing World Rally Team has begun. Firstly, I would like to express my gratitude to everyone who made it possible for us to compete in the WRC again despite this very difficult time all over the world. And secondly, I would like to send my appreciation to the team who achieved a great result with a one-two finish in the opening round.”

“Seb and Julien, who I am sure achieved this result with pride and responsibility, congratulations on the victory in your home rally, and your 50th win! Elfyn and Scott, thank you for bringing the points for second place! Kalle and Jonne must have been frustrated with the tyre damage on the final day, but you two showed us a great run for sure. Takamoto also completed the rally with further improvement together with Dan. I’m proud that he achieved his highest result ever.”

“Since last autumn, the team has put in the maximum effort to make the transition to a new company and organisation. Some team members even kept working through the Christmas holiday to prepare for the new season and this victory under the new structure.”

“One of the team members said to me that it was not possible to make it to Monte Carlo if we were missing a single member of the team. It tells me the professionalism of every individual and the great team work which was developed through the past seasons that we contested with Tommi.”

“I heard there was a brief meeting a week before Monte Carlo. Jari-Matti, the new team principal, shared his passion to the all team members in Finland, Estonia, Germany and Japan, saying the Yaris WRC would be able to run in a good condition only when we had the everyone’s power united.”

“I also heard that he talked with everybody during the rally and tried to make a family-like atmosphere so that everybody can speak up about anything. In media interviews I saw him saying that he had no worries at all about the team operation thanks to the work of everybody in the team. I’m very happy to see that he is trying to make the kind of team that I aim for.”

“Jari-Matti, the team members, and even I were a bit nervous to start the season with this new structure, but those feelings have completely gone now after watching how the team acted this weekend. I’m sure Jari-Matti will keep making this team better and better, and the drivers, co-drivers, and team members will make the Yaris WRC an ever-better car.”

“Finally, I would like to say thank you to our fans. I appreciate your continual support for the Toyota Gazoo Racing World Rally Team throughout the 2021 season.”

Quotes:
Jari-Matti Latvala (Team Principal)
“I am really, really proud of the team. What a fantastic result. For my first rally in this role and immediately we have a one-two-four finish, and also Takamoto in sixth, as well the maximum points in the Power Stage – it’s incredible! I have a fantastic team and we have the best drivers. From the beginning of the rally, they had good speed and later we saw some very dominant stages from Seb which secured his victory. Elfyn did a really consistent run as well with no mistakes the whole weekend. Kalle had a chance to fight for the podium as well before he unfortunately got this tyre damage that dropped him back, but fourth is still a very good start to his year. Overall it’s an amazing result to start the season with.”

Sébastien Ogier (Driver car 1)
“This is a perfect start to the season. Watching this rally as a kid gave me the dream to become a driver one day. If I could have only one record, for sure I would take this one. It has a lot of meaning for me, and this is also the reason I was quite emotional on the podium. The Yaris WRC has been fantastic this weekend: I had such a good feeling in the car. I think it was a good decision to do one more year. The team is great, so a huge thanks to all of them. The first stage this morning was incredible: There were so many grip changes and it was impossible to read because it was like black ice. The gravel crew went through the stage two hours earlier and there was nothing there at the time, just a little bit of frost. So it was really surprising. It is never the easiest to manage a lead and especially on this rally, but we did it.”

Elfyn Evans (Driver car 33)
“It was a tough final day with very challenging conditions, as it has been throughout the weekend really. Maybe I didn’t push quite enough to really challenge Seb for the victory, he was very very good this weekend. It’s his home rally so it was always going to be tough – but credit to him. And as a team it’s a fantastic start to the year. We can be happy with the points, but of course you always want more and hopefully next time I can be a bit stronger. I don’t think I quite had the feeling this weekend. Perhaps at the start of the year it was better not to risk everything to try to win, but we know if we want to challenge for the title we’ll have to do that during the year. However, I feel we’ve got a really strong car and a very strong team to go with it.”

Kalle Rovanperä (Driver car 69)
“I would say the conditions were really quite extreme this morning. The first stage was really tricky with the ice and then then we had snow in the second stage. I think I was a bit unlucky with the tyre damage but that’s also rallying sometimes. In the Power Stage we had a nice time. I was a bit surprised because I wasn’t really pushing on the maximum. I just picked up the pace a bit more, and it was good to have proper points from there too. Overall it was a really nice weekend from my side because I didn’t do so many kilometres on asphalt last year. We were a lot faster than on this rally last year and more consistent also, so it was a good weekend with just a bit of bad luck.”

What’s next?
Arctic Rally Finland (February 26-28) is a new addition to the WRC calendar for 2021, taking the place of the cancelled Rally Sweden as the year’s only pure winter event. The rally will be based in Rovaniemi – capital of Finland’s northernmost region – with stages to take place inside the Arctic Circle on roads with a good covering of snow and ice. 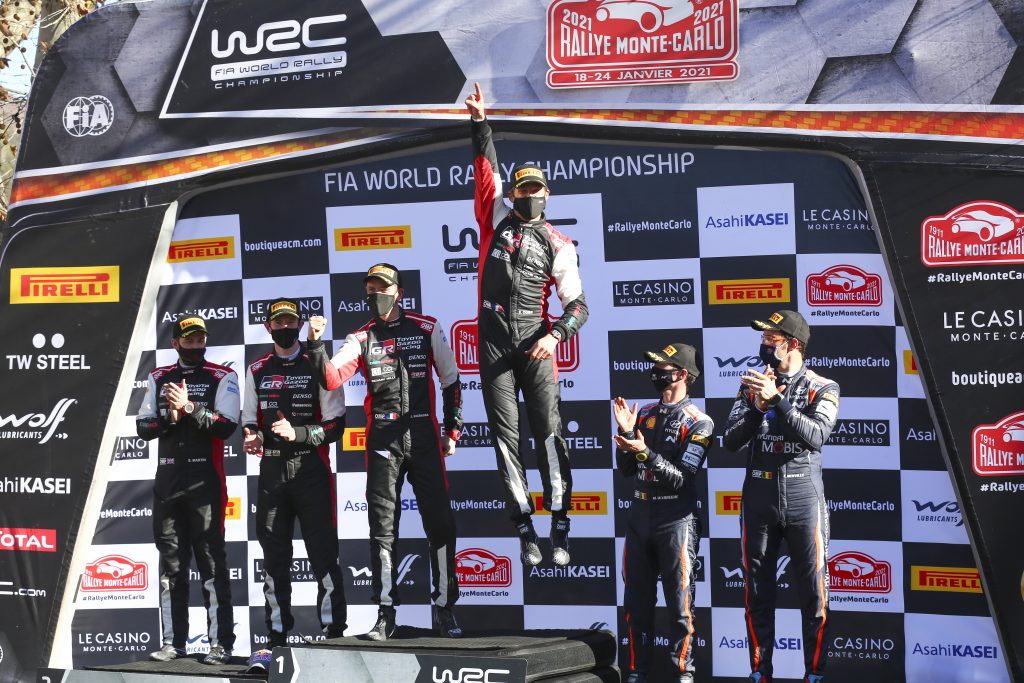 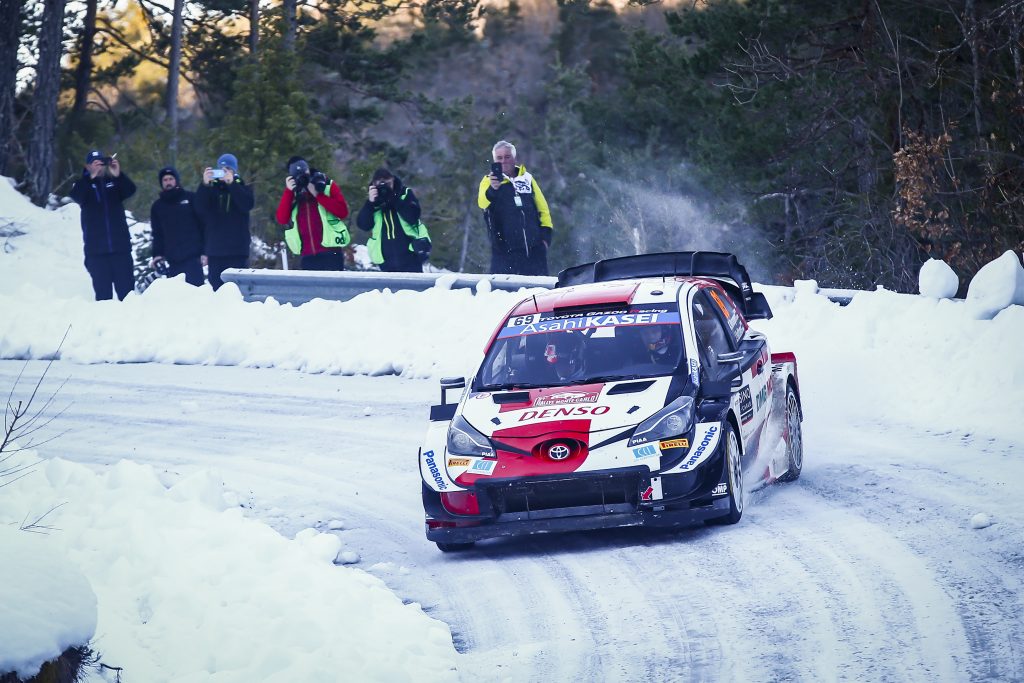 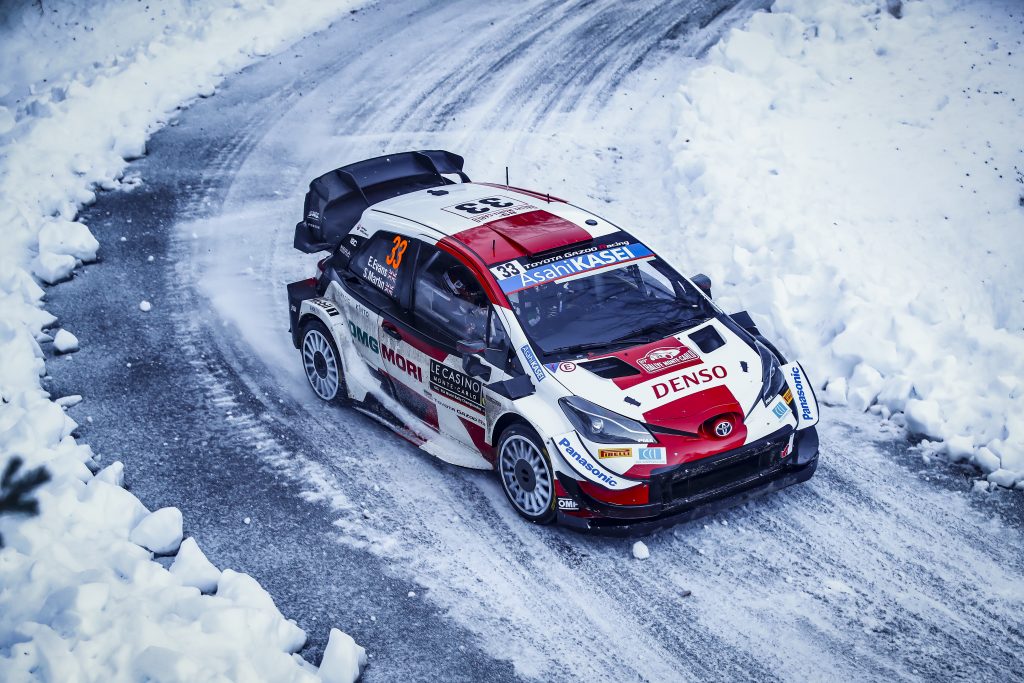 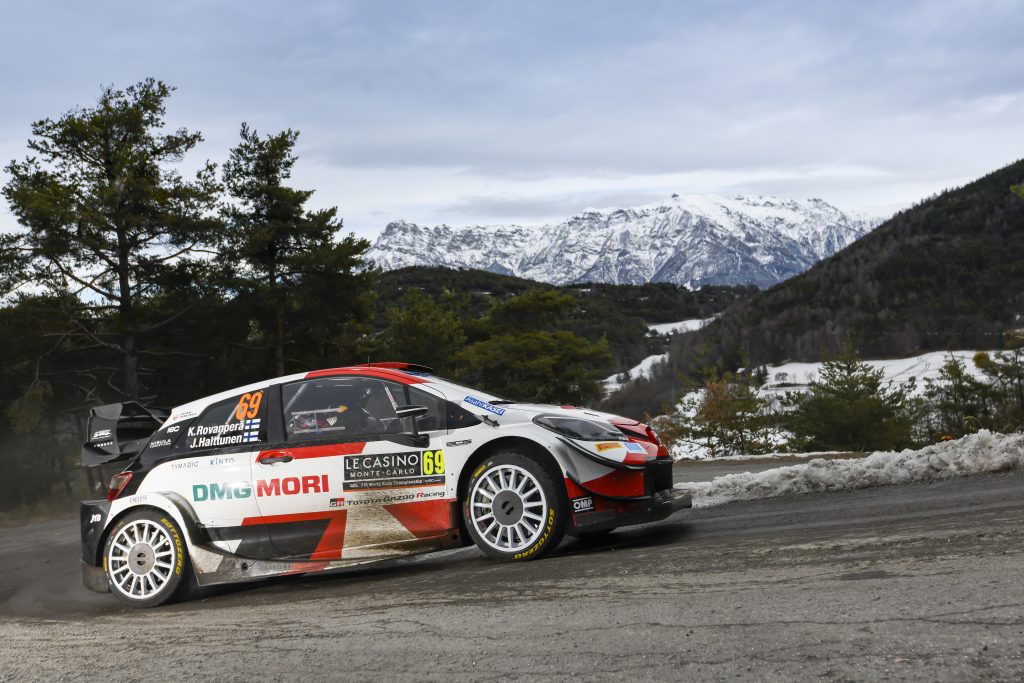